Everything to know about Call of Duty: Modern Warfare II and Warzone 2.0 Season 1, out November 16 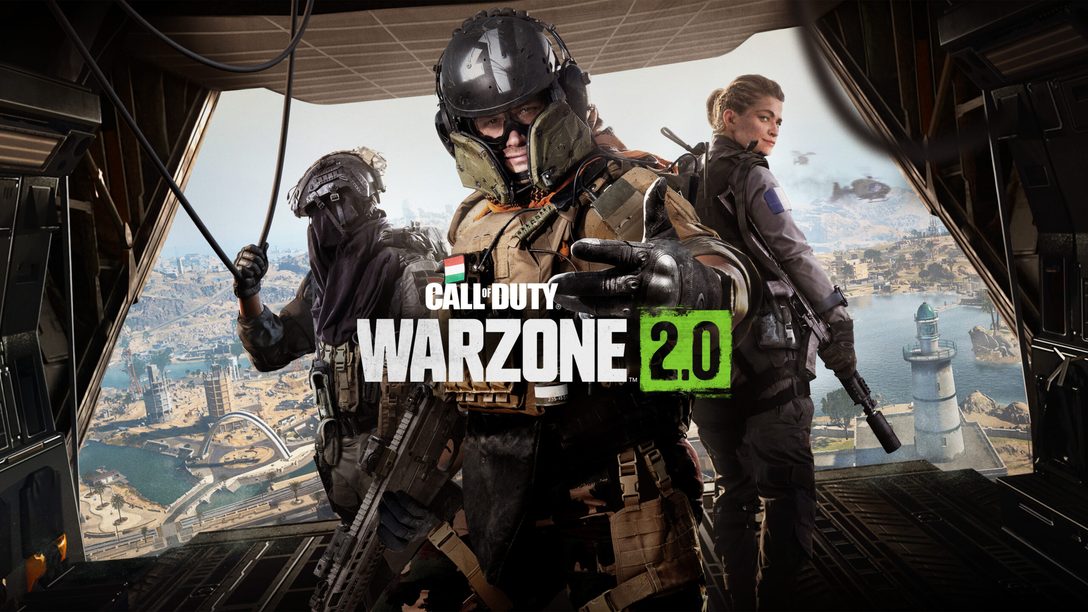 Get ready for a new era of competition with the arrival of Season 01 of Call of Duty: Modern Warfare II and Call of Duty: Warzone 2.0, releasing November 16. Deploy to Al-Mazrah in the next iteration of the free-to-play Battle Royale, visit reimagined versions of the Shoot House and Shipment Multiplayer maps, team up for an additional Special Ops mission leading up to the first Raid episode, and much more.

Season 01 launches on PlayStation on November 16. Read on for all the highlights coming to both Modern Warfare II and Call of Duty: Warzone 2.0. 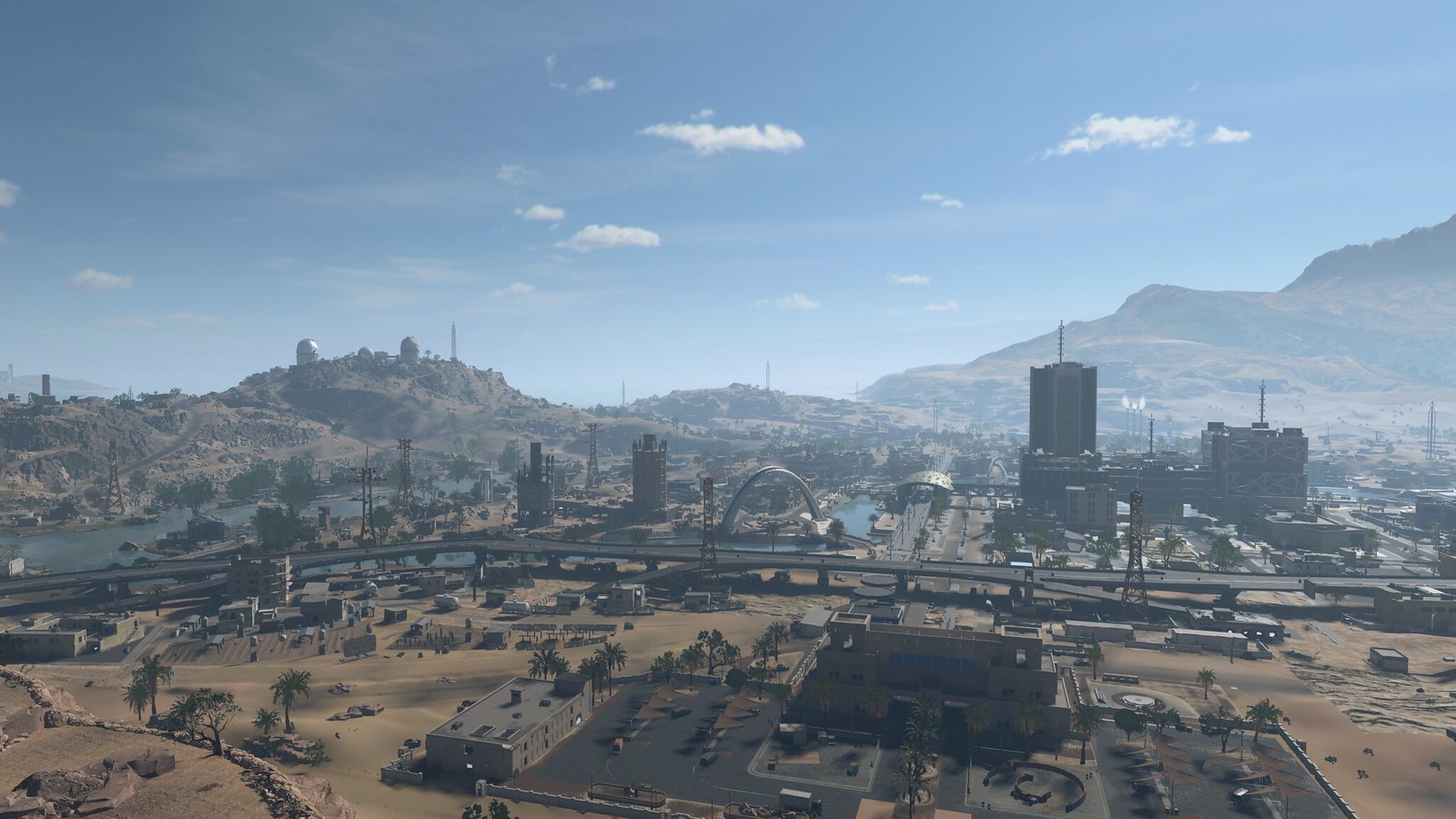 The city of Al-Mazrah within the United Republic of Adal will be your first map for Warzone 2.0. You may have already explored some of its regions in Multiplayer maps like Al Bagra Fortress, Embassy, Zarqwa Hydroelectric, Taraq, Sariff Bay, and Sa’id.

Call of Duty: Warzone 2.0 includes a wide variety of new features and mechanics, including the following highlights:

Loadouts Remain: Get your Custom Loadouts through Loadout Drops deployed later in the match or by clearing a Stronghold or Black Site. You can also use Cash at the in-match Buy Station to purchase only the Primary Weapon from created Loadouts. 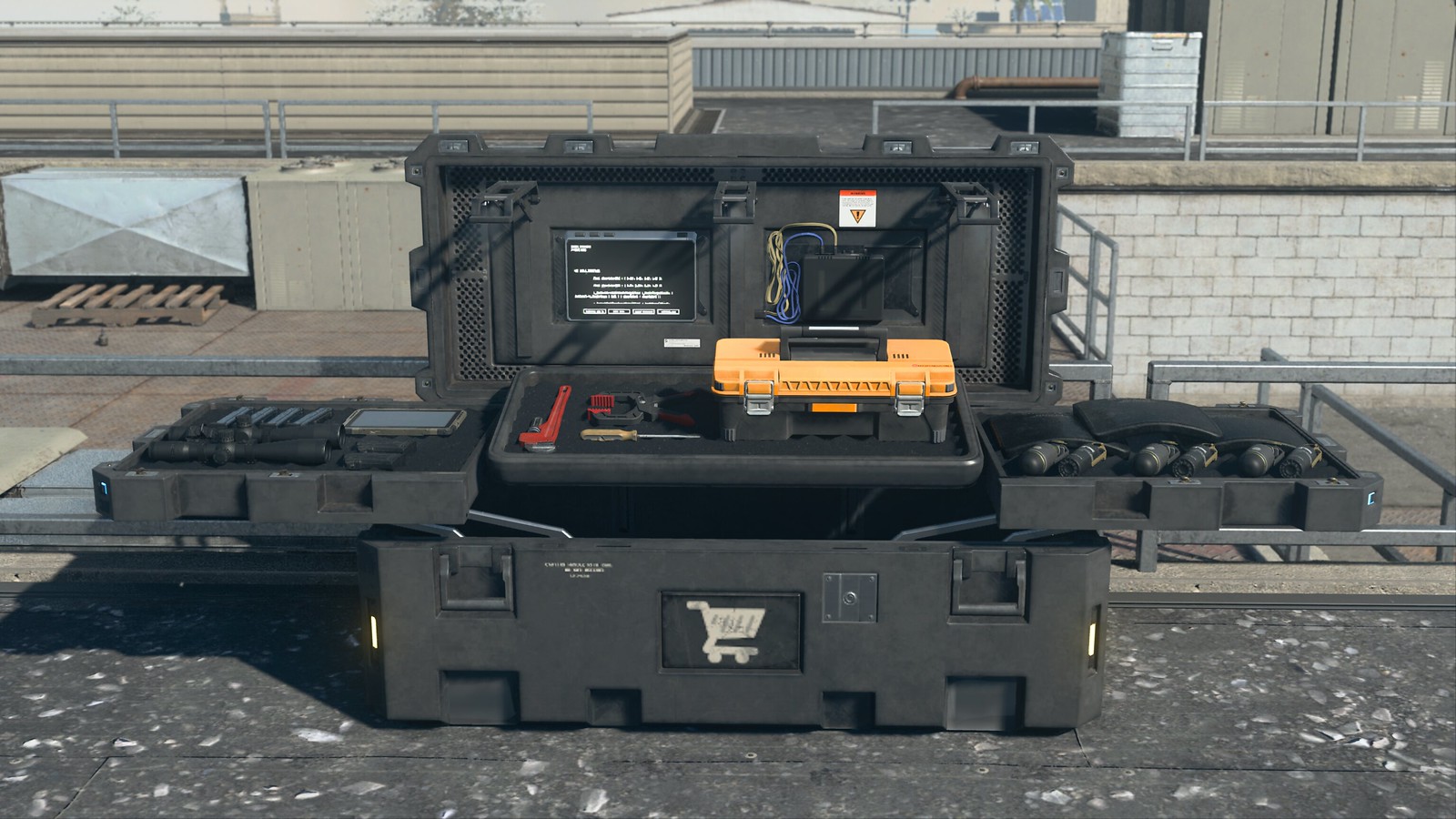 Looting Mechanics: In the new DMZ mode, Operators will utilize a backpack system to further organize their items and equipment. Battle Royale will use a streamlined version of this new system. 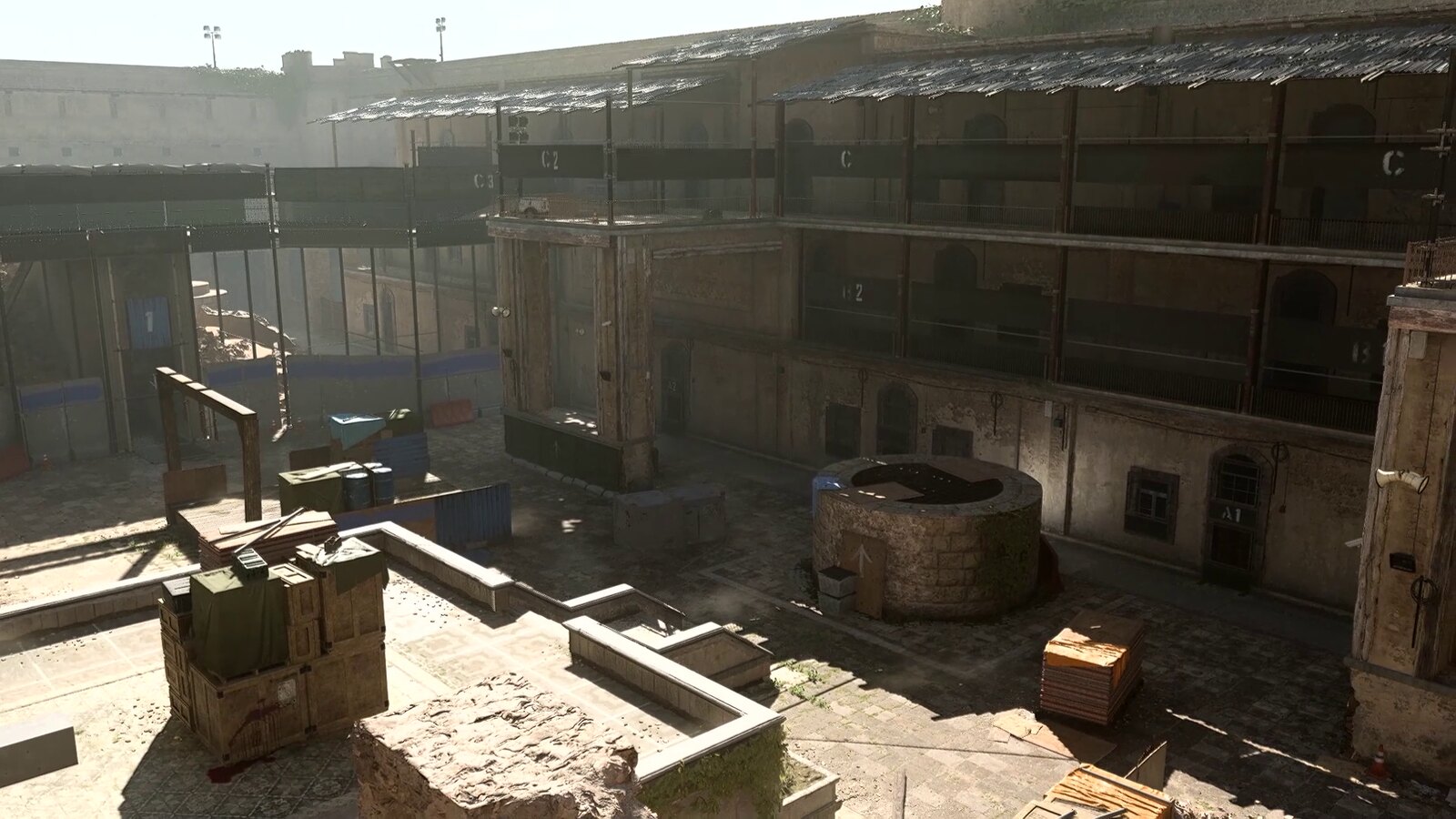 The new Gulag is a 2v2 environment where randomly paired Duos must coordinate to take down the opposition. All players will receive a predefined Loadout with highly effective weaponry and gear placed toward the map’s center.

In the middle of the match, the Gulag Jailer will jump in to interfere. Defeating the Jailer returns all four Gulag prisoners back into the match. Will you work together or go for the elimination victory?

In addition to the Gulag Jailer, there are two other places where players will run into AI combatants — Strongholds and Black Sites. Both are clearly labeled on the in-game Tac Map.

In Strongholds, fight off AI opponents while attempting to locate and disarm a bomb within the time limit. Black Sites offer an even greater danger but provide a permanent Weapon Blueprint reward and valuable in-match items for those who can successfully complete them. To access a Black Site, you’ll need the Black Site Key, given to the first squad to clear out an active Stronghold. 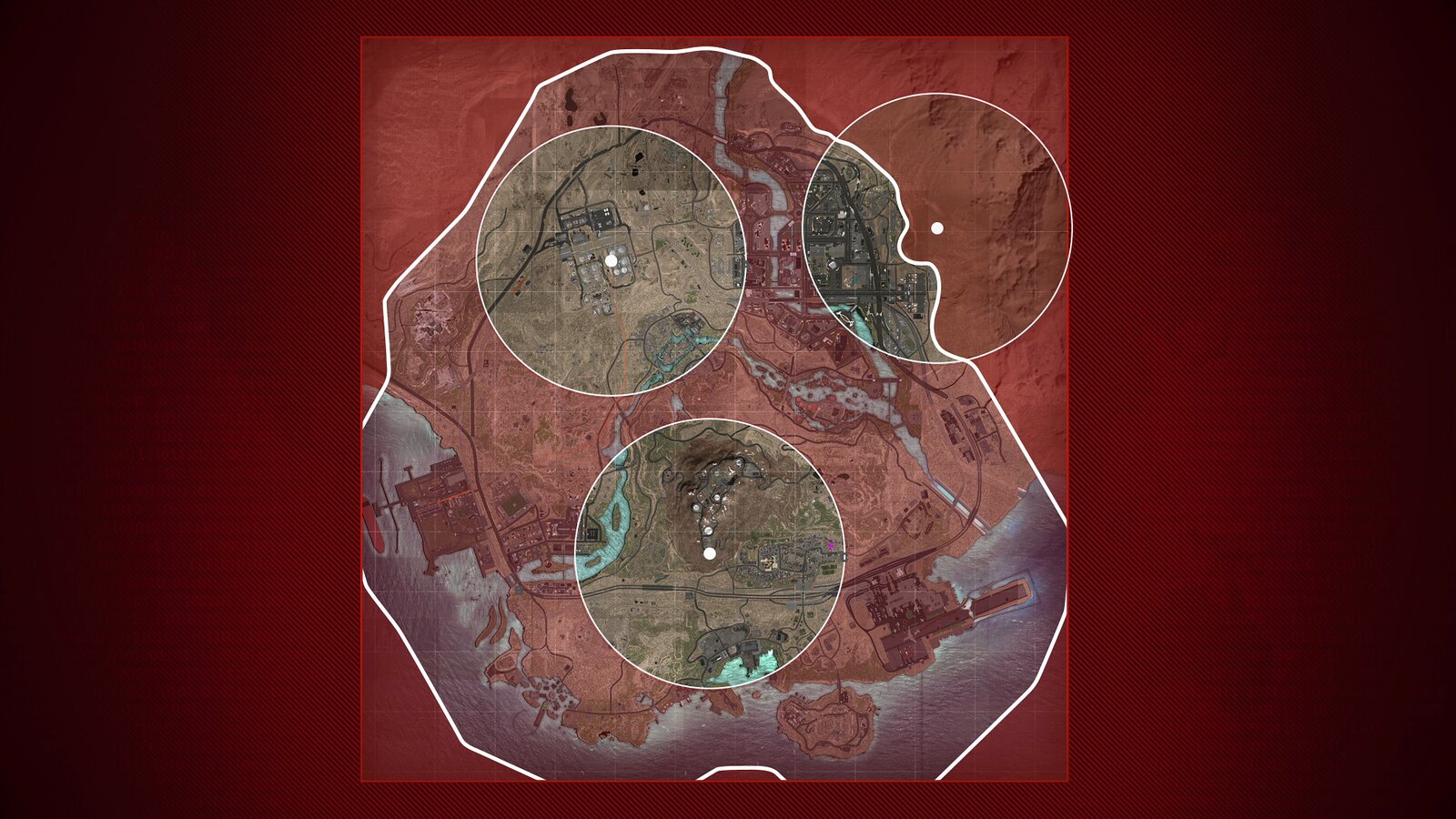 Circle Collapse: In Battle Royale modes, there can be up to three circles within the collapse, which will ultimately reconverge for the final showdown. Prepare to adjust your strategies accordingly, as this feature is randomized in each match.

Proximity Chat: Got something to say? Comms are now open, so any in-game chatter can be picked up by any other squad. 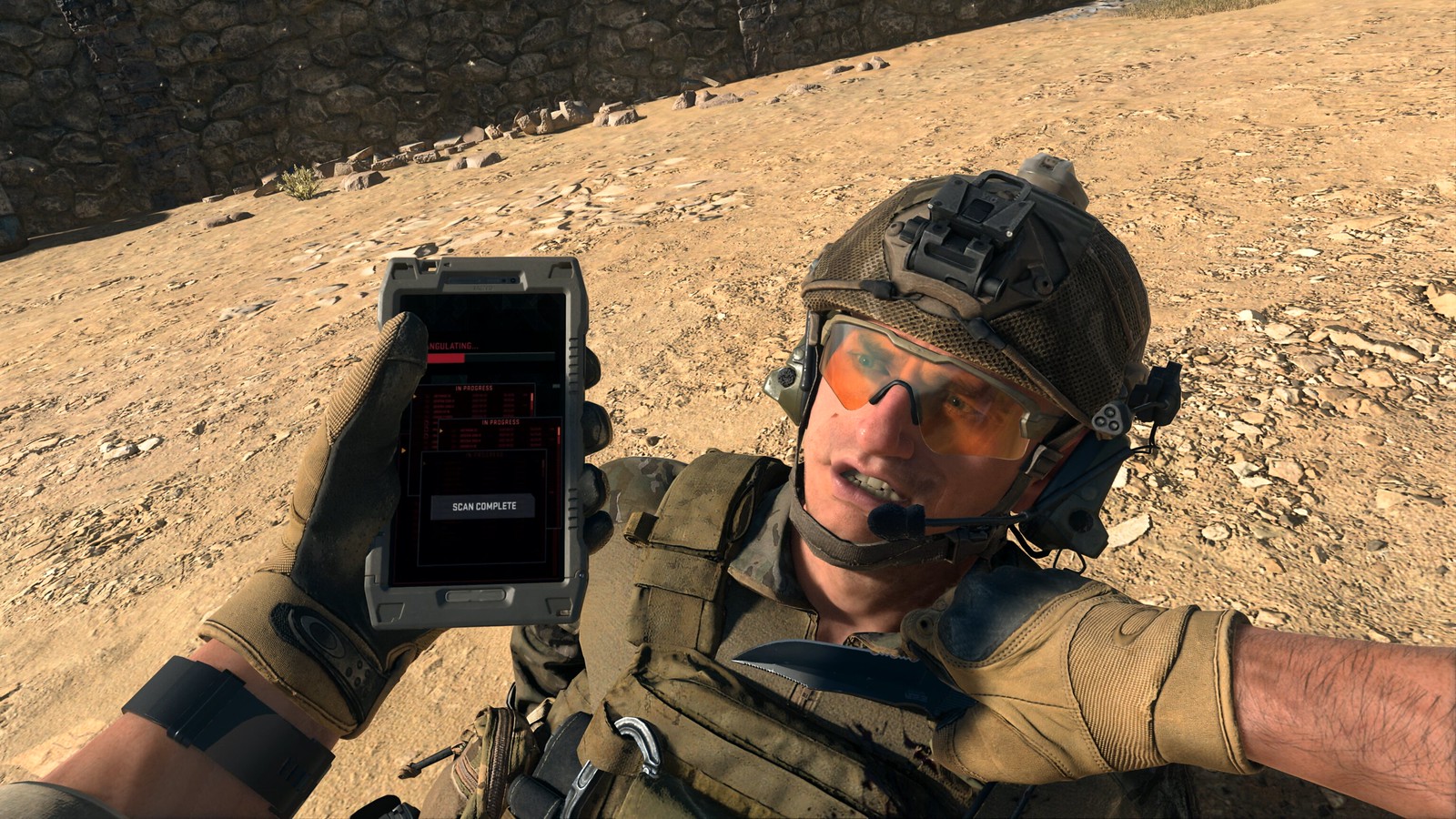 Interrogation: In squad-based modes, intel is everything. Reveal enemy locations by successfully shaking down player-controlled enemies while they are downed.

New Vehicles: Call in the aerial powerhouse known as the Heavy Chopper, which can hover in the air without a pilot, or use the all-electric supertruck GMC Hummer EV, a versatile means for the squad to quickly cover serious ground.

New Fuel System: No more unlimited fuel sources — all vehicles use fuel over time, and when it runs out, that vehicle is no longer usable. Vehicles can be refilled either with Gas Cans found around the map or at Gas Stations. 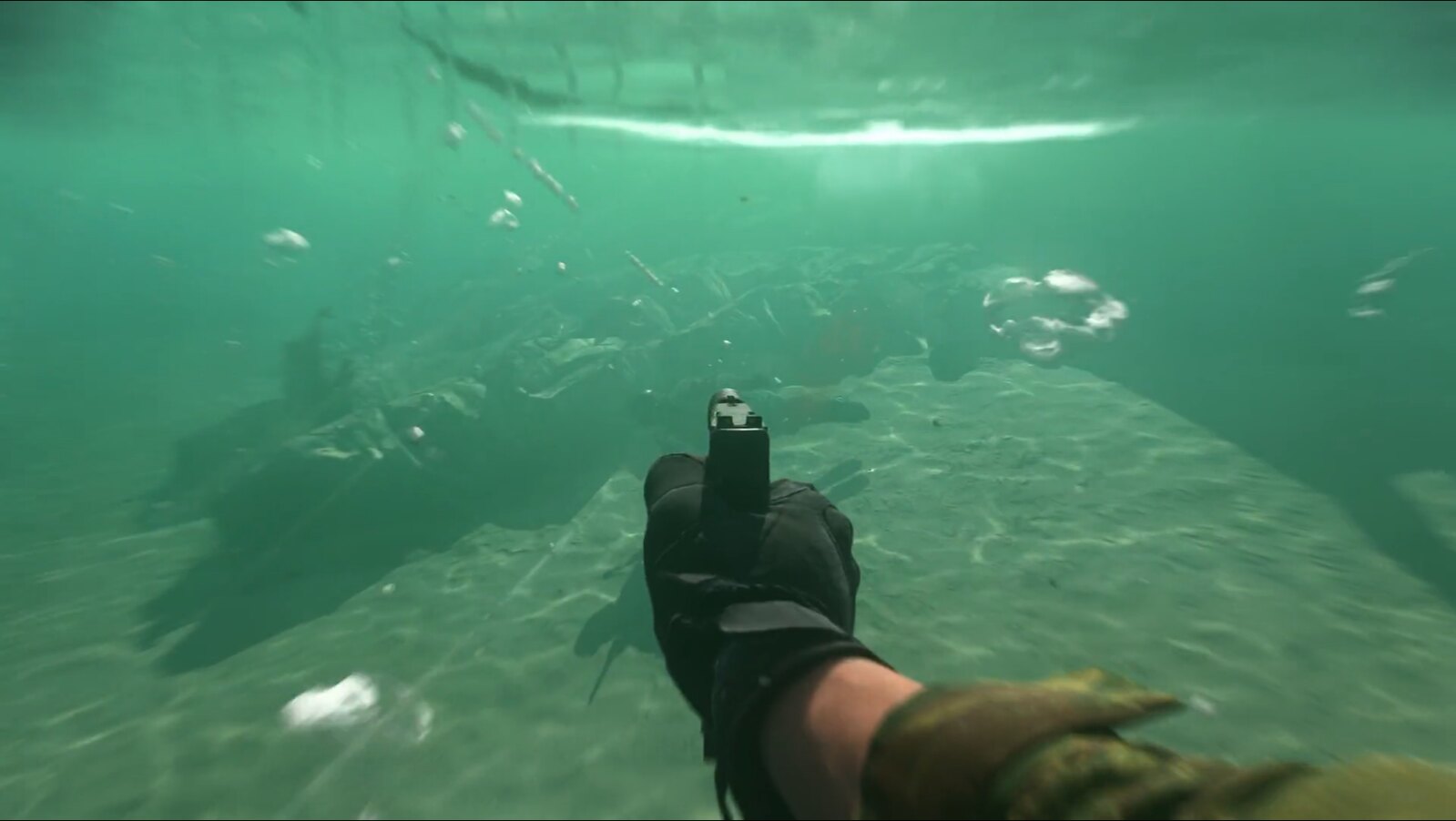 Aquatic Combat: Whether by boat or breaststroke, Operators can navigate waterways, rivers, and the open sea as part of their overall victory strategy. Remember: only Sidearms, melee weapons, and Throwing Knives can be used while you’re submerged.

The Shops: A new version of the Buy Station contains a unique set of items for purchase in limited quantities, including Killstreaks, Armor Plates, and more. You can see these offerings and can buy back fallen squadmates within a new interface.

In addition to traditional Warzone modes — Battle Royale Solos, Duos, Trios, and Quads — Call of Duty: Warzone 2.0 will launch with a brand-new experience known as DMZ.

DMZ is an open-world, narrative-focused extraction mode where Operators have free rein to complete faction-based missions, take on additional side objectives, engage with enemy Operators or AI combatants, and search for valuable items, all while fighting to survive toward exfiltration. 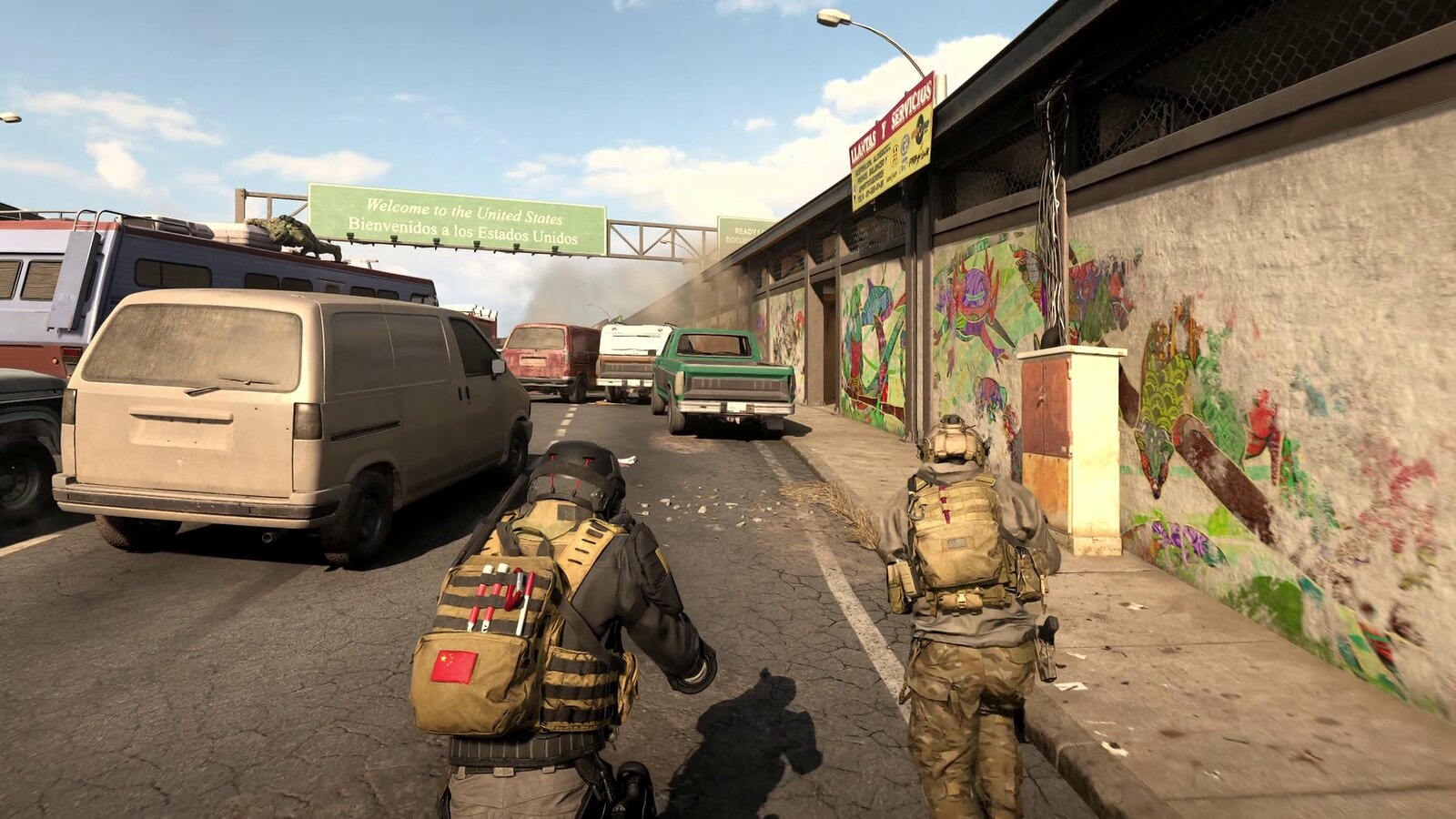 Third-Person Playlists: Get a new perspective with third-person Playlists, set to be introduced into the Battle Royale weekly rotation later in Season 01. Modern Warfare II owners can get a taste of the third-person experience now through the game’s Multiplayer.

Gear up with the exclusive Season 01 Combat Pack, free for PlayStation Plus members for use in Call of Duty: Warzone 2.0 and Modern Warfare II. Included in this Combat Pack are the “Oni Tactical” Operator Skin for Oni, the “Oni Revenger” SMG and “Oni Oracle” Pistol Weapon Blueprints, plus the “Sony Oni” Calling Card, “Welcome Death” Sticker, “Fractal Demon” Emblem, and the “Demon Fang” Charm. 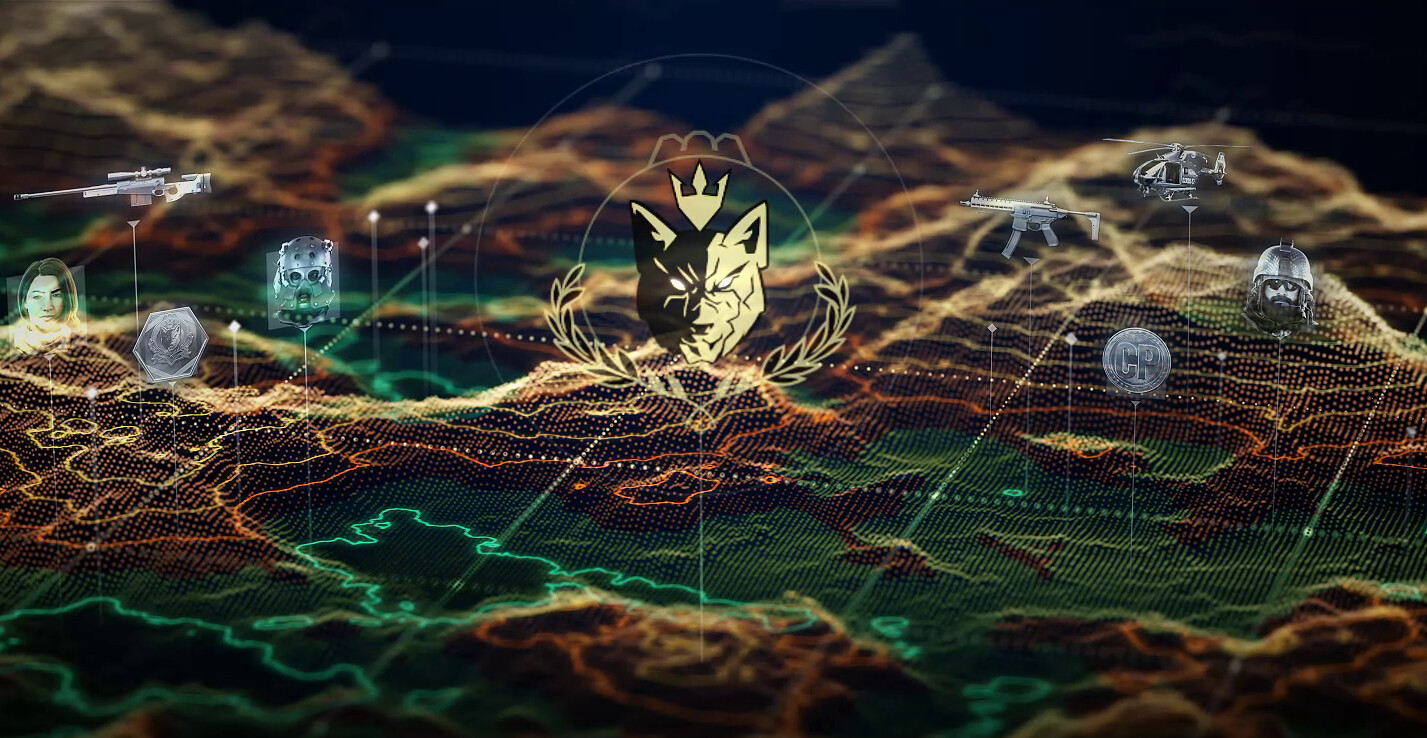 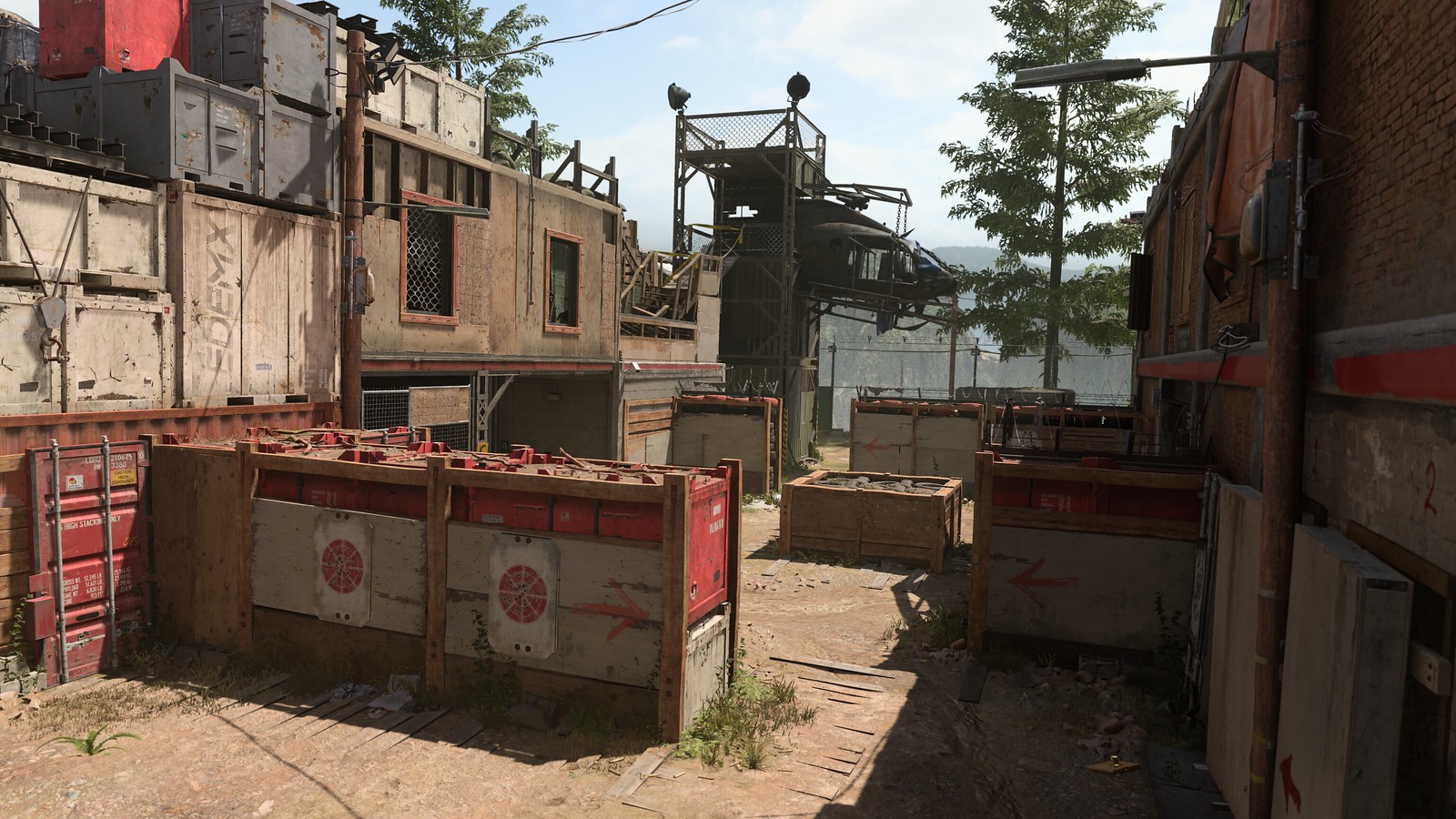 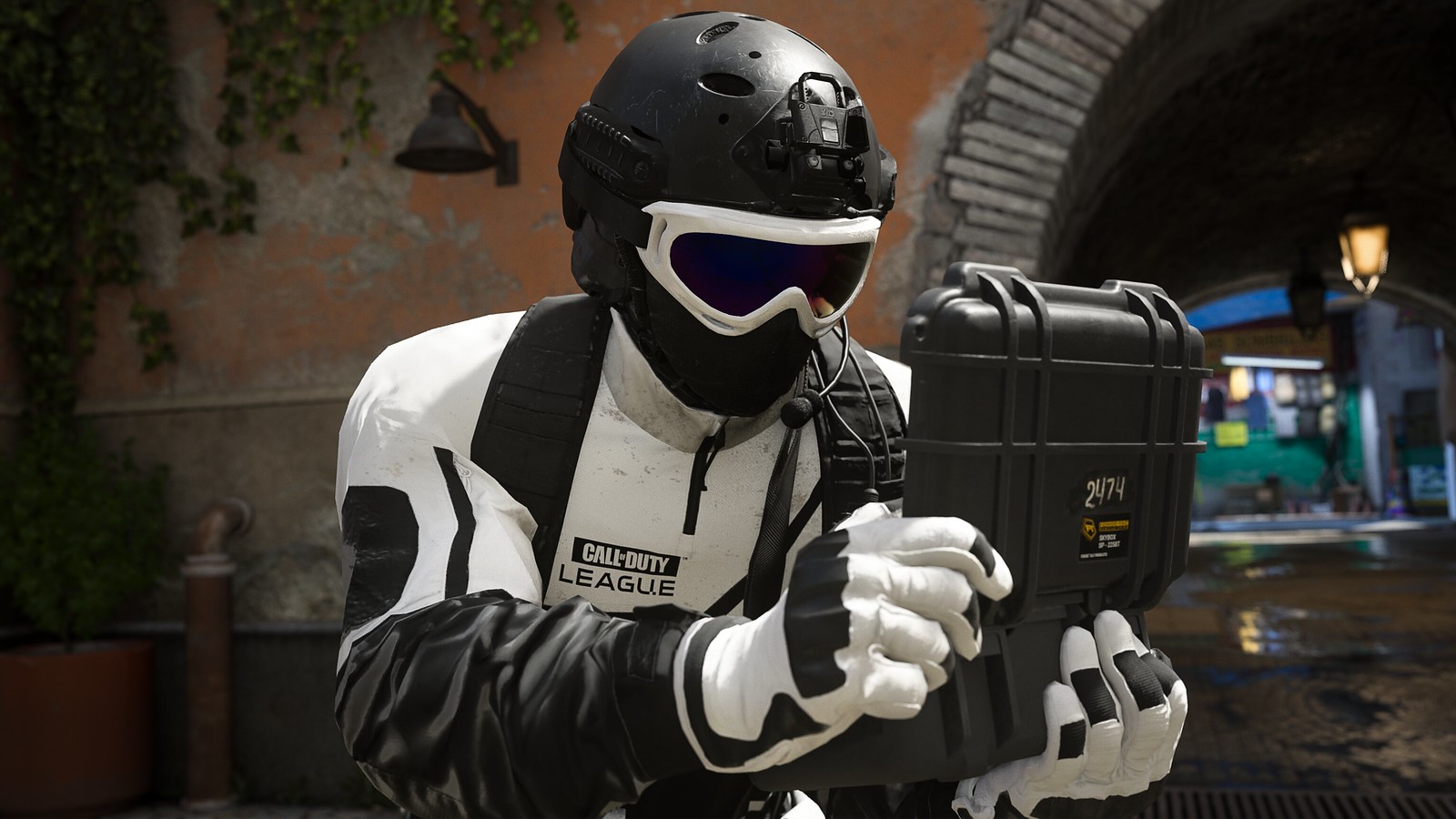 Shipment (Mid-Season): Set on a cargo ship taking on water in a storm-ridden part of the Atlantic Ocean, a new Shipment is ready to bring back the chaos that only an ultra-compact map can provide. 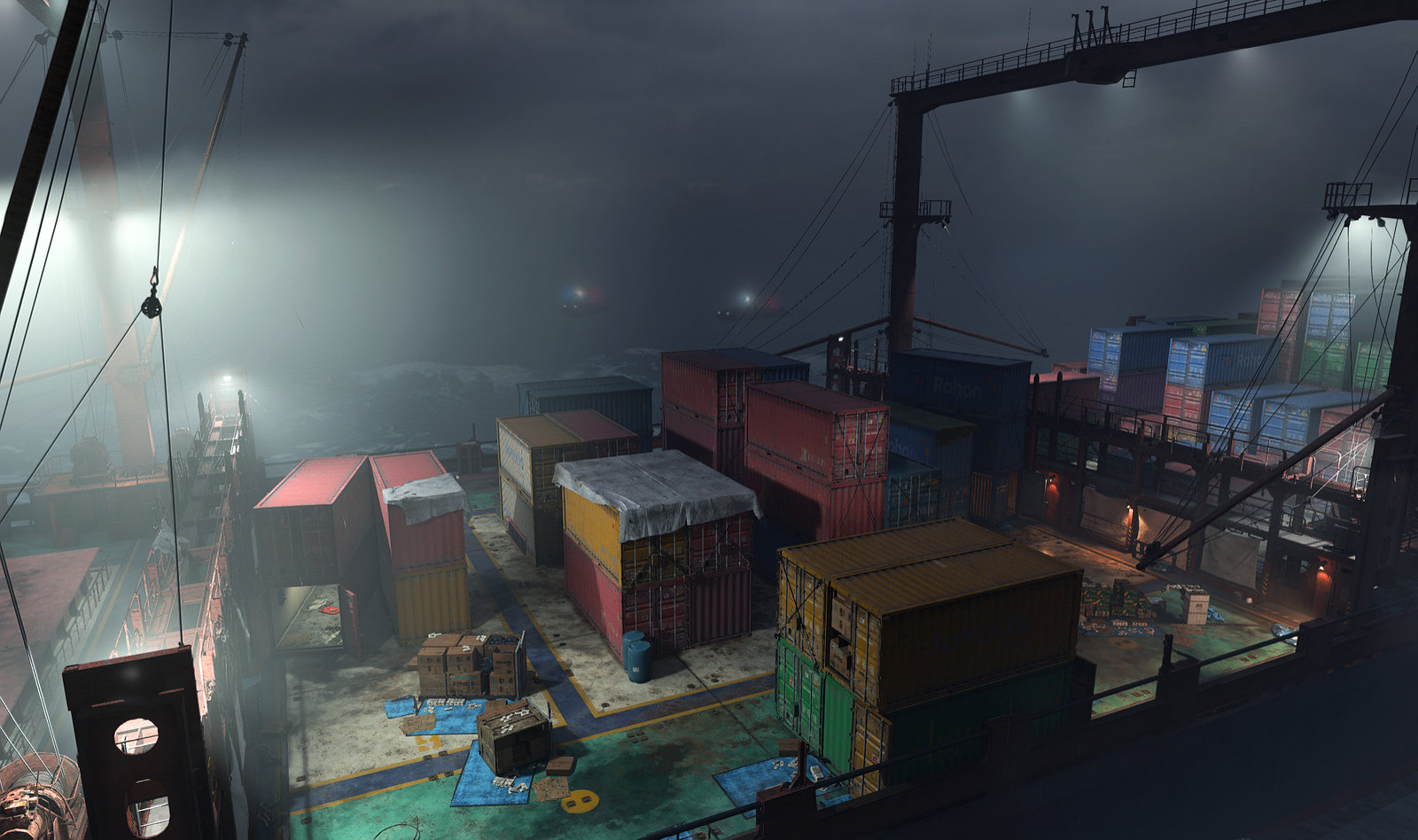 Get Competitive with the CDL Moshpit: Prior to the official launch of Ranked Play in Modern Warfare II, the CDL Moshpit offers the perfect testing grounds to warm up your competitive skills. The Playlist will use the Call of Duty League’s standard rules, restrictions, and map rotation across the three official game modes: Hardpoint, Search & Destroy, and Control.

Special Ops is getting a new mission and the first episode of Raids during Season 01.

High Ground: Successfully find and destroy enemy communication servers to locate and extract three hard drives with vital enemy intel. One Operator will be tasked with piloting an Attack Chopper to clear out dangerous land mines, while the other works with AI allies as part of a Ground Assault Team to infiltrate the buildings that contain enemy equipment.

Raid Episode 1: Continuing the story of the Modern Warfare II Campaign, Raids will be the ultimate challenge for Trios with a mix of stealth, resource management, all-out action, and puzzle-solving objectives. Arriving later in the season.

New Battle Pass: Experience a brand-new Battle Pass system giving players more agency than ever before. Replacing the linear stream of tiers from previous titles will be a multi-Sector map. Unlock items across the map using earned Battle Pass Tier Tokens. Each map has at least 20 Sectors with five items each; tokens can be used to either unlock adjacent Sectors or earn more items within an unlocked Sector.

Season 01 brings the opportunity to earn four new weapons, which can then be used in Multiplayer, Special Ops, and Call of Duty: Warzone 2.0. Two of them are earned for free within the Battle Pass:

BAS-P SMG: An aggressive fire rate and modular frame make the BAS-P perfect for the discerning Operator who wants to customize their weapon. Subsonic ammo hides kill skulls from the enemy team. 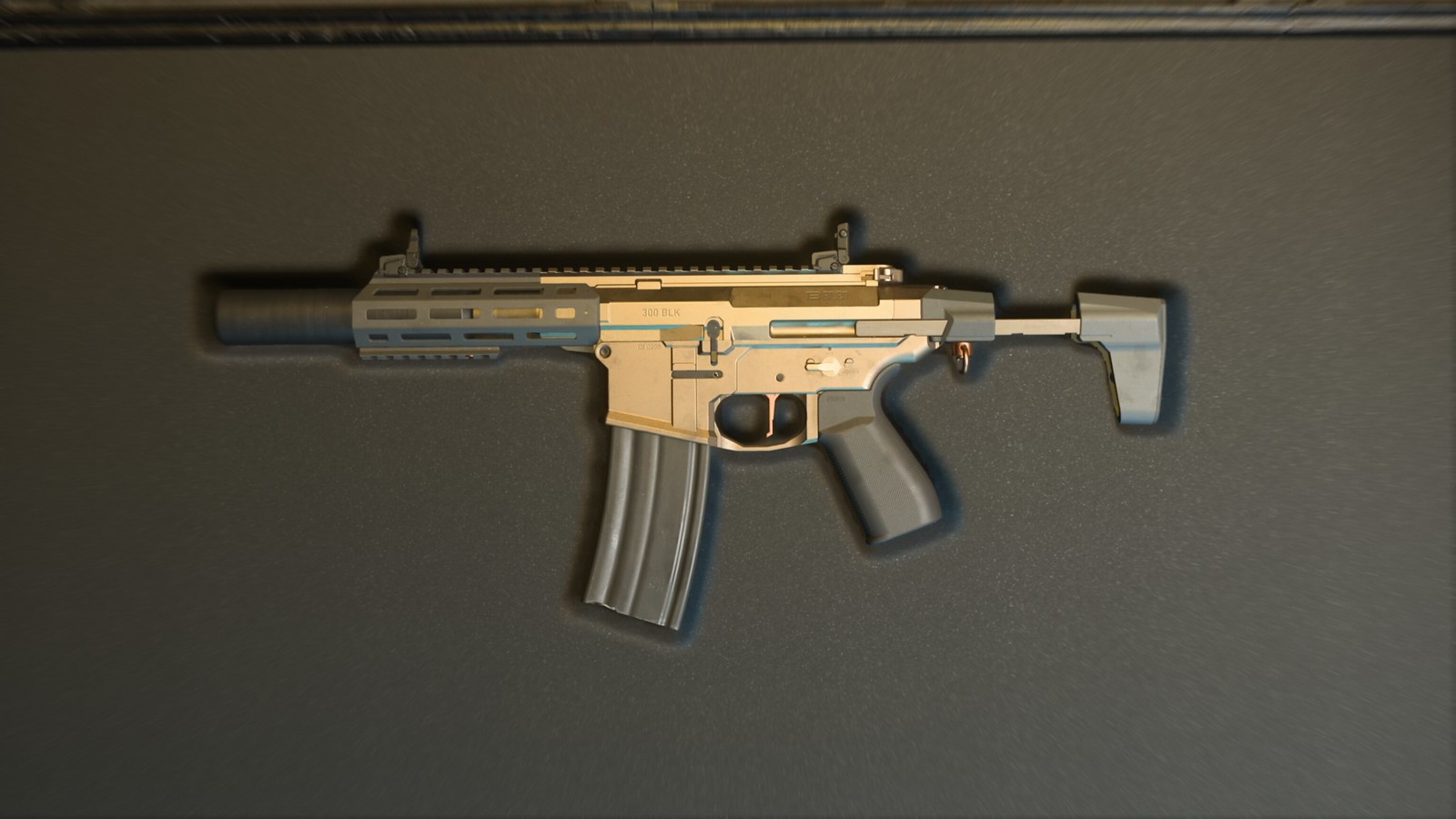 Two other weapons can be earned later in the Mid-Season either by purchasing a Store Bundle or by completing a weapon unlock challenge: 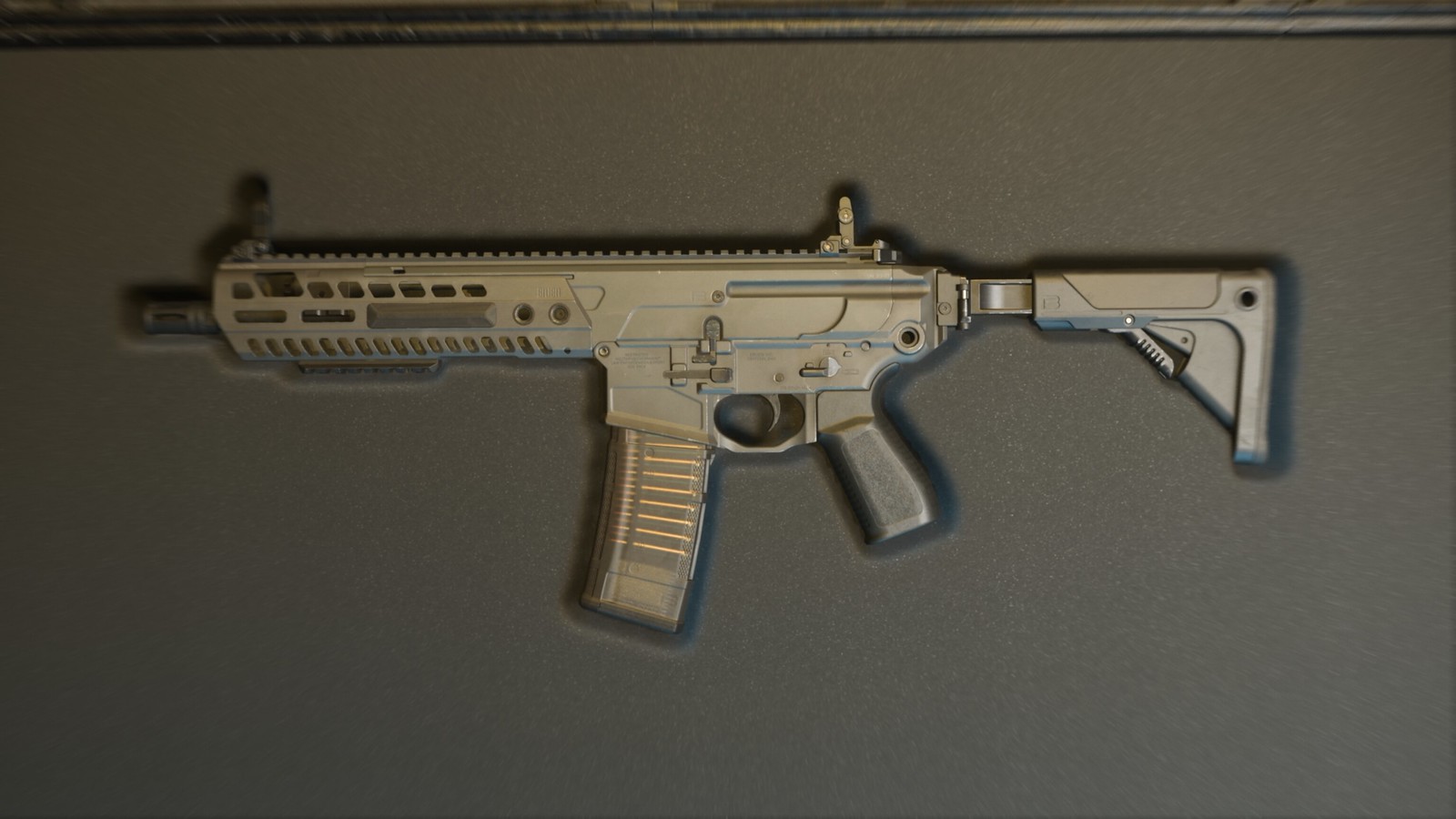 M13B Assault Rifle: The M13B features a short-stroke pistol system that allows for a high rate of fire and low recoil.

Zeus (Launch): Born in the South Niger Delta, Zosar Kalu is the eldest of three children, helping to raise his younger siblings while his parents pursued political aspirations. Following his year of military service shadowing a Nigerian Army Special Forces Battalion, he enlisted and rose through the ranks.

After losing his family to local Al Qatala soldiers, Zeus established the “Thunder” Corps, a counterterrorism group dedicated to hunting AQ wherever they hide and bringing them to true justice. Unlock Zeus automatically with purchase of the Season 01 Battle Pass.

Klaus (Mid-Season): A member of Denmark’s Elite Special Forces, Klaus Fisker can almost be considered a living legend among Operators. His legend was made one night on the Urzikstan border, where he carried a wounded comrade 18 miles to the nearest base using the lessons taught by his father.

Obtain Klaus and Gaz in Bundles to be featured during the Mid-Season Update.

More details will be shared in-season.

Persistent Prestige: This year, leveling up past Rank 55 will allow you to earn a persistent Prestige Rank across all seasons, rather than having it reset at the end of each season. Beginning in Season 01, reaching Rank 56 will unlock Prestige 1. This will grant an Emblem, additional rewards like a Battle Pass Token, and a set of challenges — complete those challenges to unlock an exclusive Calling Card. Rank up to Prestige 5 for greater rewards.

Visit the League’s official website for more information, including when tickets for the first Major will be on sale.

During Season 01, we are celebrating an early return to the Call of Duty League with a special launch pack for the 2023 season. We are also releasing Team Packs for all 12 of the League’s teams.

Purchase Modern Warfare II to get a premium Warzone 2.0 experience – access to 14 additional Operators to use across both games, as well as accelerated Weapon and Level Progression. As a Modern Warfare II owner, receive bonus XP at the end of each match when you play Warzone 2.0, ensuring that you level just as quickly in both titles.