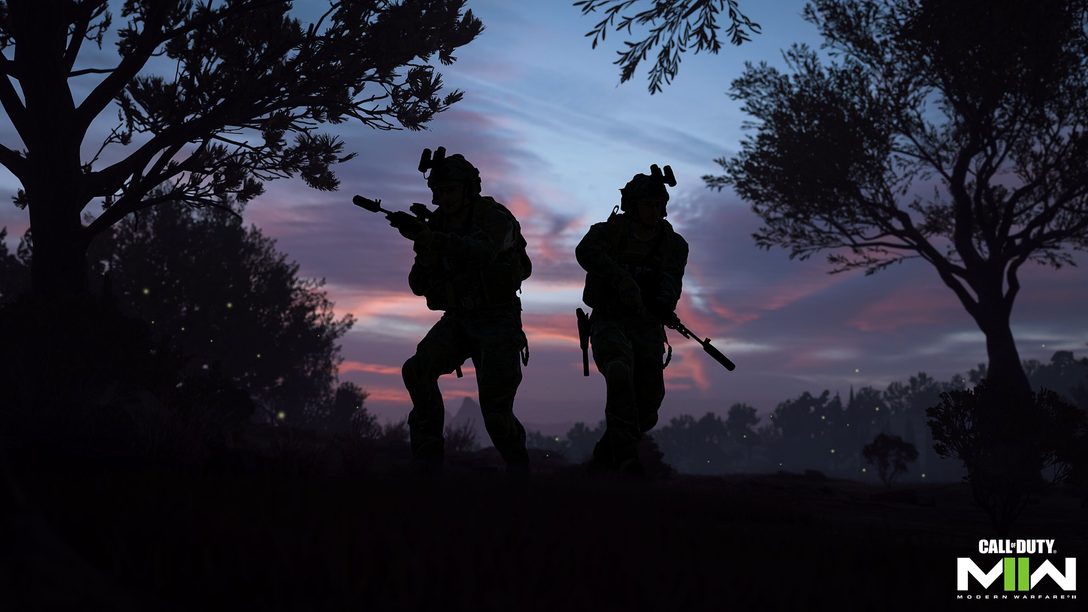 Plus learn how your action-packed mission with Task Force 141 immerses you with PS5’s haptics, adaptive triggers, and 3D Audio.

PlayStation players, the new era of Call of Duty is nearly here! Jump into an epic launch on October 28 featuring a gripping Campaign, innovative, world-class Multiplayer and an evolved, cooperative Special Ops game mode. Let’s dive into more details on what players can experience in Modern Warfare II.

Above and beyond some core details about the game that we’ll dive into later in this blog, PlayStation players should be excited about how immersed they will feel in the Modern Warfare universe by playing on PlayStation 5. Below are some of the features that elevate the Modern Warfare II experience on the console: 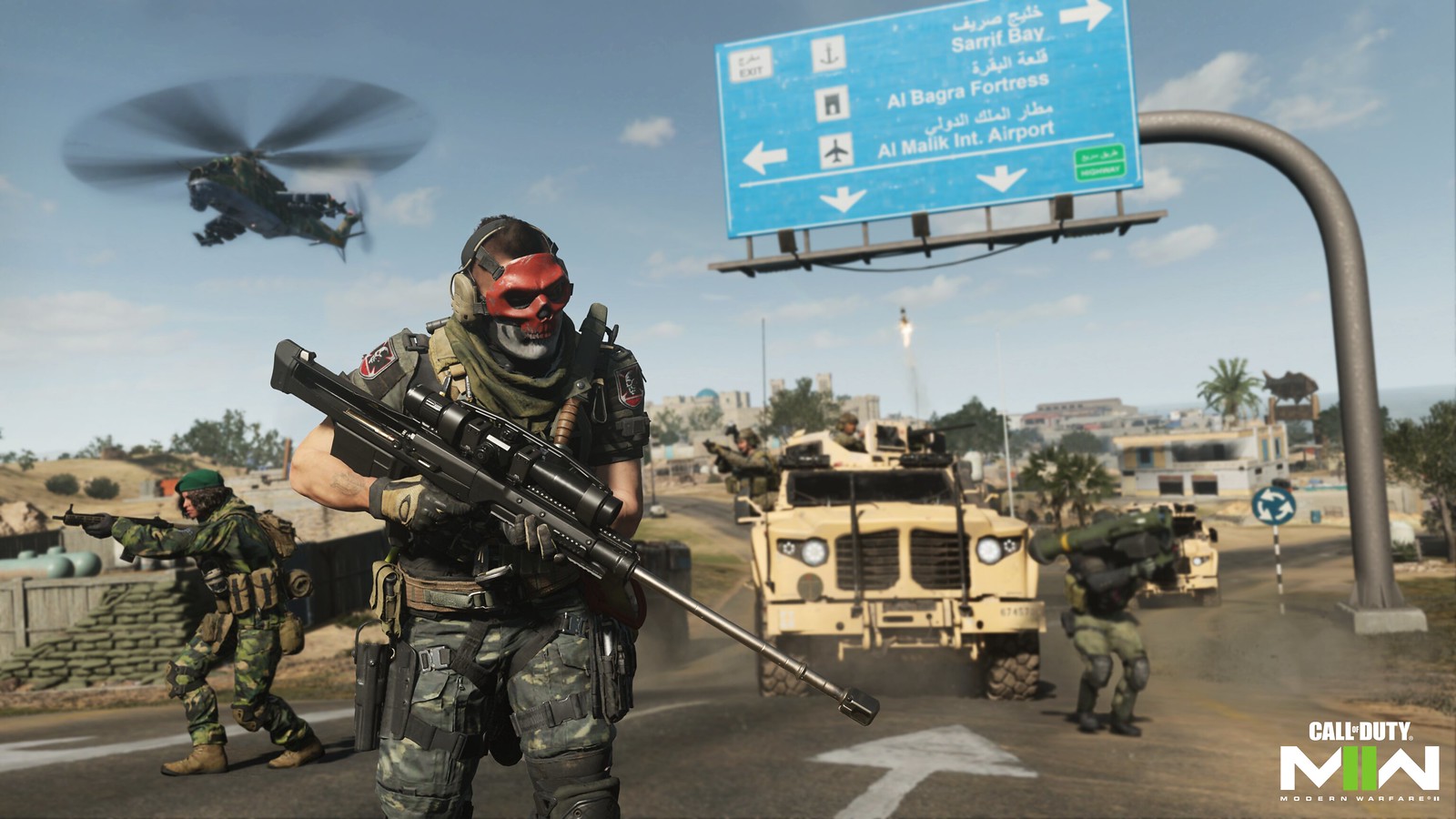 Experience the all-new weapon handling in Call of Duty: Modern Warfare II in the ultimate way with the DualSense controller’s adaptive triggers. Adaptive triggers create the feeling of weight on the trigger with varying degrees of pressure. This weight creates a more accurate experience in-game with each weapon.

For example, the SMG that you’re using in close quarter scenarios as you make your way through compounds will feel lighter on the trigger than, say, the hefty feeling of the LMG that you’re using to fend off large groups of charging enemies from a distance.

This adds to the immersive experience of the game, particularly in Campaign, but is an optional feature that players can use in Multiplayer and Special Ops as well. With unprecedented global conflict, comes riveting and action-packed combat. With the haptic feedback in the DualSense controller, you’ll feel the blast and force of each moment, allowing you to experience the action in your own hands.

Whether you’re being slung from side to side in the back of a Cargo Truck as you dodge enemy fire and exploding vehicles, handling the powerful recoil of your weapon as you navigate high intensity combat situations, or sliding and diving out of site when trying to allude watchful enemy eyes, feel the impact of every move in-game. 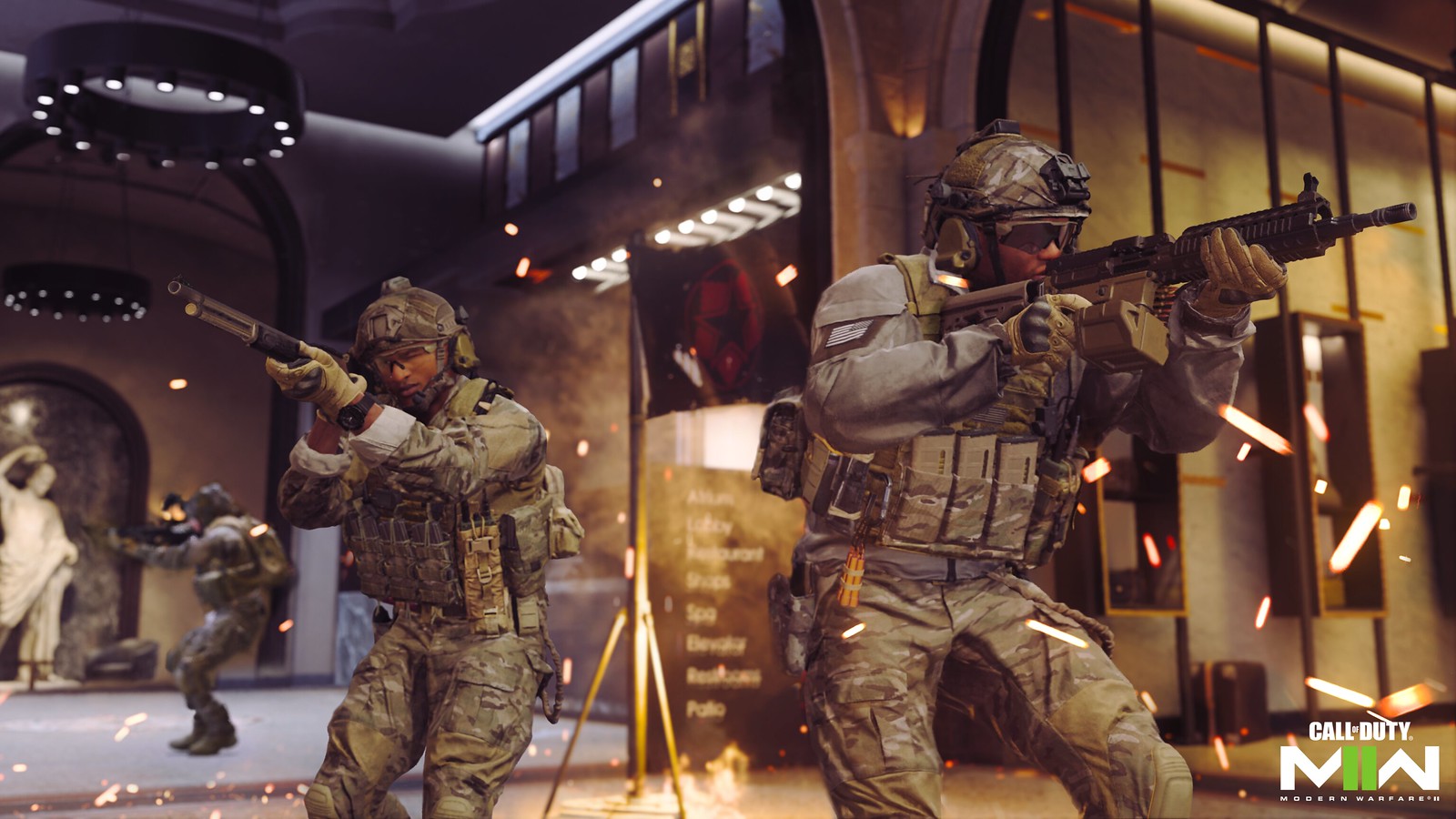 Whether you’re fighting offshore to siege enemies as waves are crashing around you or breaching a highly fortified enemy base on land, you’ll feel like you’re in the middle of the action with 3D audio, supported by PlayStation 5.

Hear enemy bullets cracking through walls and flying past your ears with locational accuracy to intensify an already tense gunfight or listen closely for the sounds of approaching enemy footsteps to identify their position. 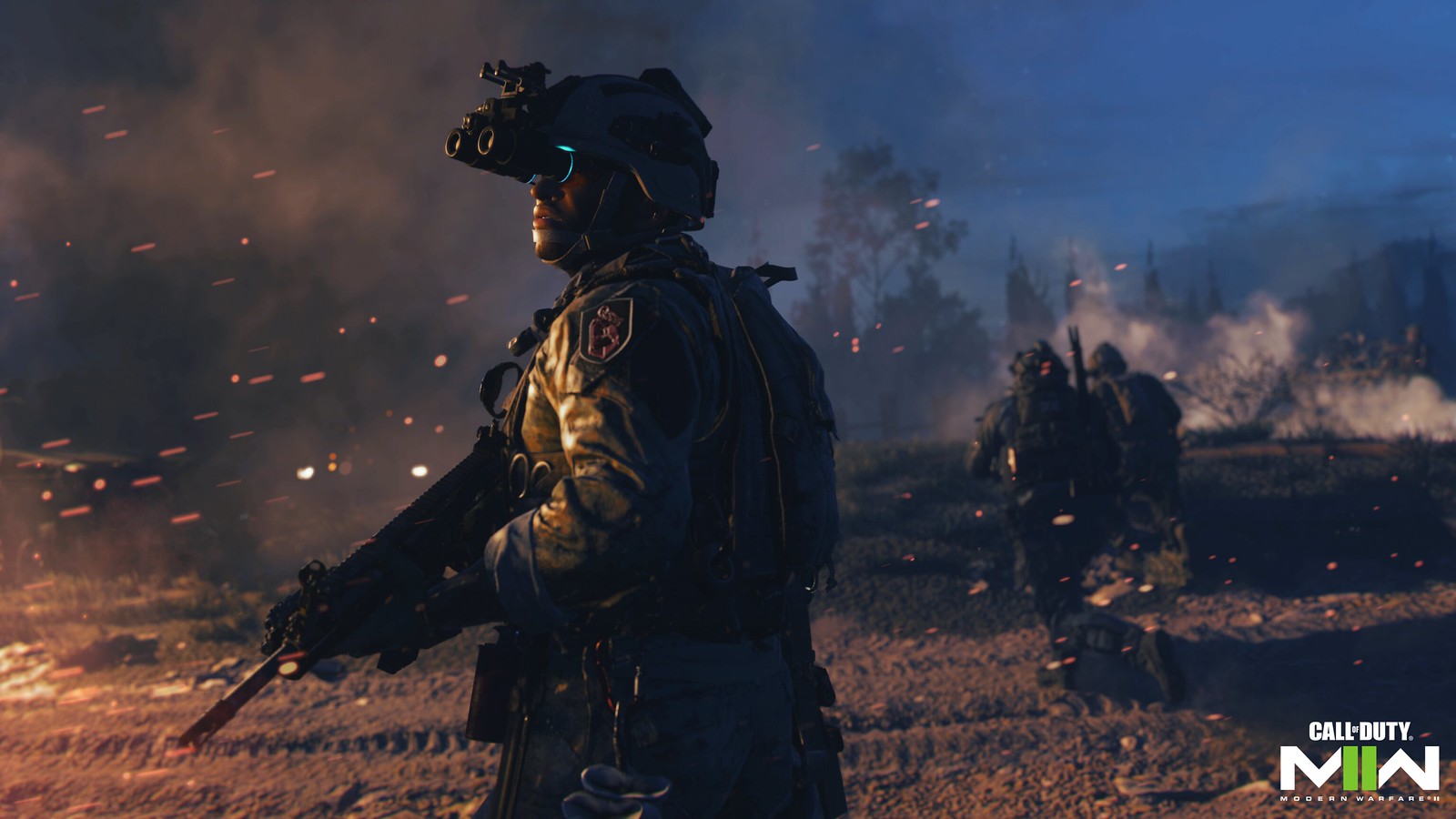 As your team is preparing for an ambush and scanning your surroundings, notice the breathtaking environment and stunning 4K visuals on PlayStation 5.

details in Modern Warfare II on PlayStation 5 will pull you deeper into your surroundings and deeper into the action, whether you’re looking up at a vivid starry sky disturbed by pops of orange and red explosions in the distance, daring death along a sheer mountain cliff with a majestic waterfall in the background, or stealthily walking along the richly detailed cobblestone streets of a Fall day in Amsterdam.

When a U.S. airstrike eliminates Al-Qatala’s leader, his successor vows revenge and creates an unexpected alliance with international drug cartels to transport stolen U.S. ballistic missiles to use against the United States. Under the guidance of Station Chief Kate Laswell and lead by Captain John Price, Task Force 141 will team up with Mexican Special Forces to take on a new threat while untangling a complex web of corruption happening in the most unexpected places.

The Modern Warfare II campaign will send players across the globe with multiple different settings and playstyles allowing for refreshing experience as players go mission to mission. If you haven’t already, this is the time to jump into the Modern Warfare II universe and dive into the narrative prior to the start of Season 1. 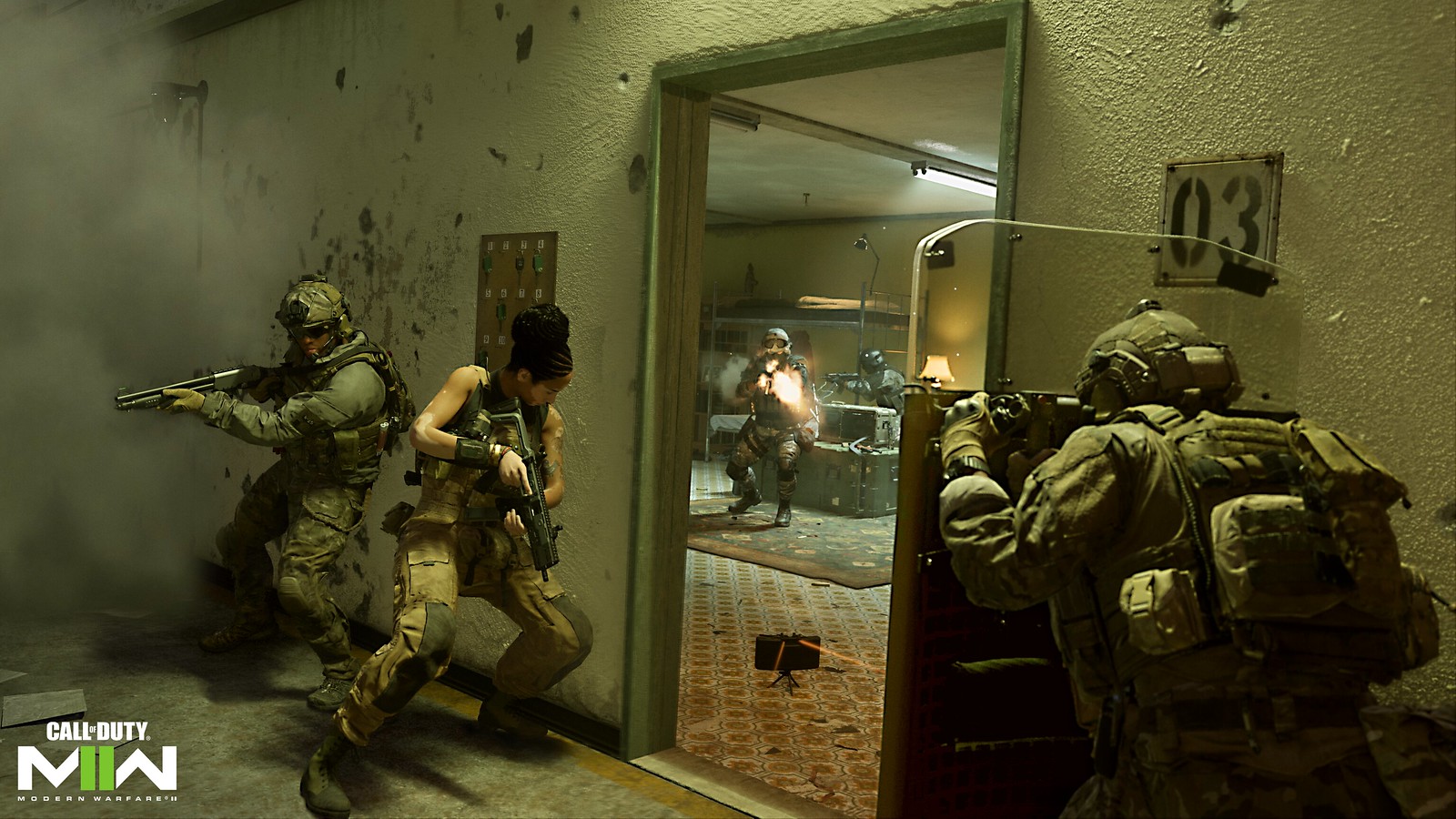 Modern Warfare II Multiplayer defines emergent gameplay with a focus on variety and is ready to welcome new recruits as well as seasoned veterans.

For launch there will be 12 unique modes, 10 traditional modes on Core Maps and 2 Ground War modes on Battle Maps.

The new revamped Gunsmith coming to Modern Warfare II will allow players to customize their loadout and expand their arsenal like never before with the introduction of Weapon Platforms and Weapon Tuning to create a true extension of player’s personal playstyle while exploring each platform’s strengths.

Multiplayer will feature over 30 unique Weapon Platforms available to unlock through the Military Ranks with each Weapon Platform containing up to 6 weapons, which can be obtained by leveling up specific weapons within a Weapon Platform. 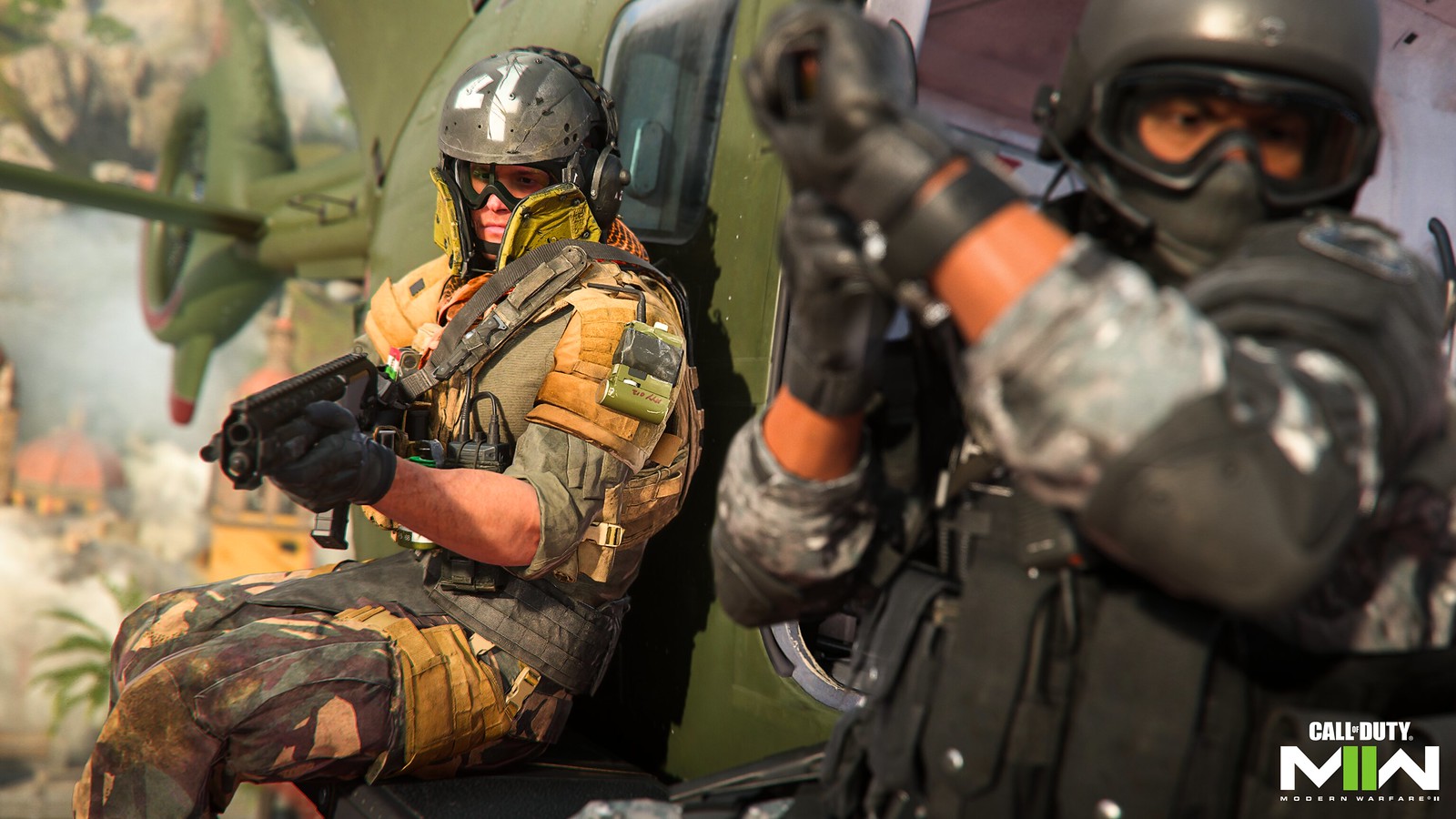 An evolution of the Special Ops mode from Call of Duty: Modern Warfare (2019), this co-op experience will feature 3 missions at launch, all taking place in Al Mazrah. In Special Ops, Operators will equip a Backpack to store equipment and choose from one of three available Kits: Assault, Medic, and Recon. Each of these Kits offer a variety of items and abilities built for different strategies and ways of approaching each mission. 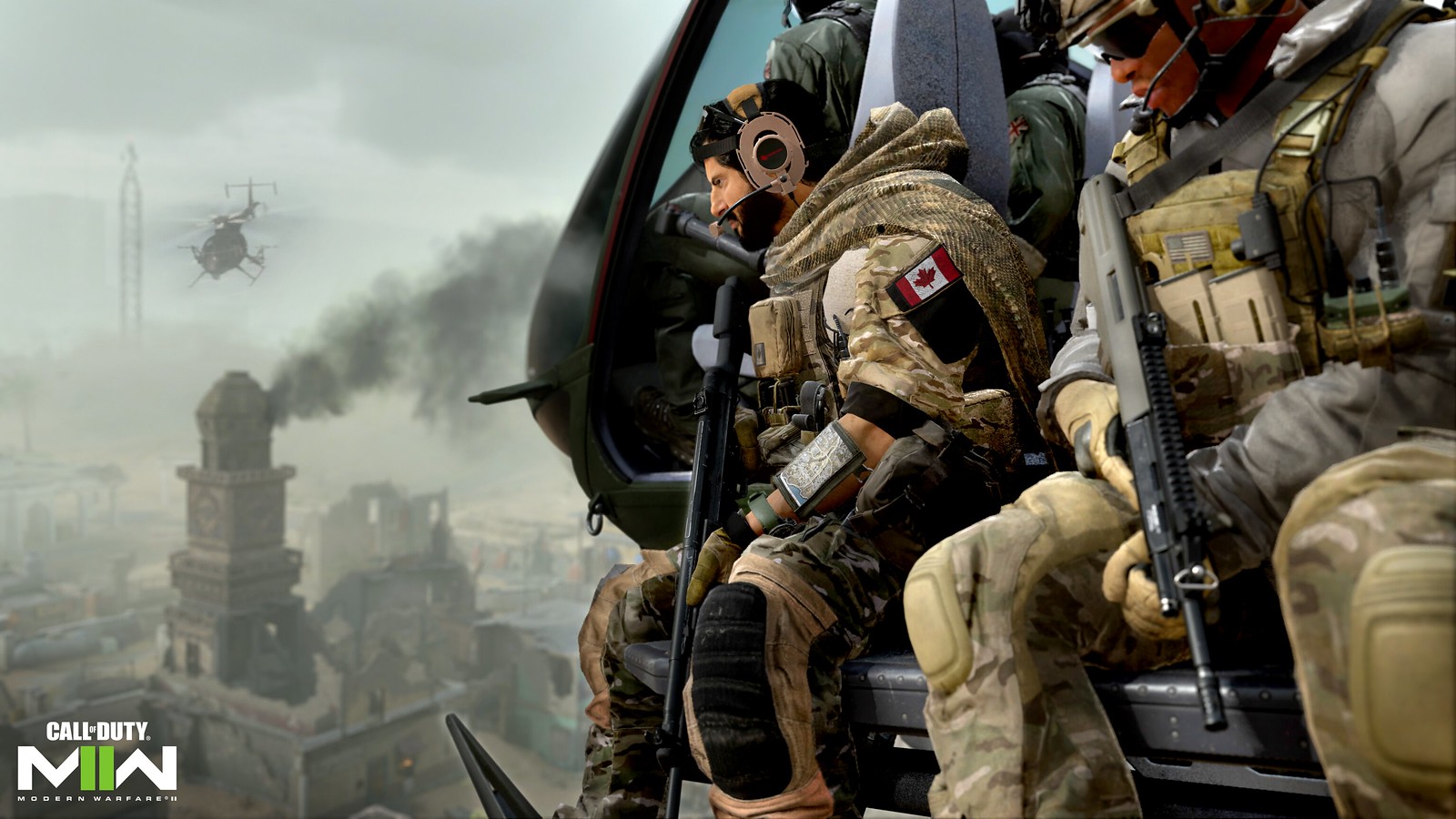 Modern Warfare II is available October 28 on the PlayStation Store. And don’t forget to pre-order on the PlayStation Store to get the Oni Operator Pack at game launch*, which we detailed in a previous blog. For additional benefits, get the Vault Edition, which contains Red Team 141 Operator Pack, FJX Cinder Weapon Vault**, Season 01 Battle Pass, and 55 Tier Skips***.

* PS Players receive select bonus content not available on other platforms until October 27, 2023. PS Plus required for online multiplayer. Content also available through retail pre-order in Japan only.