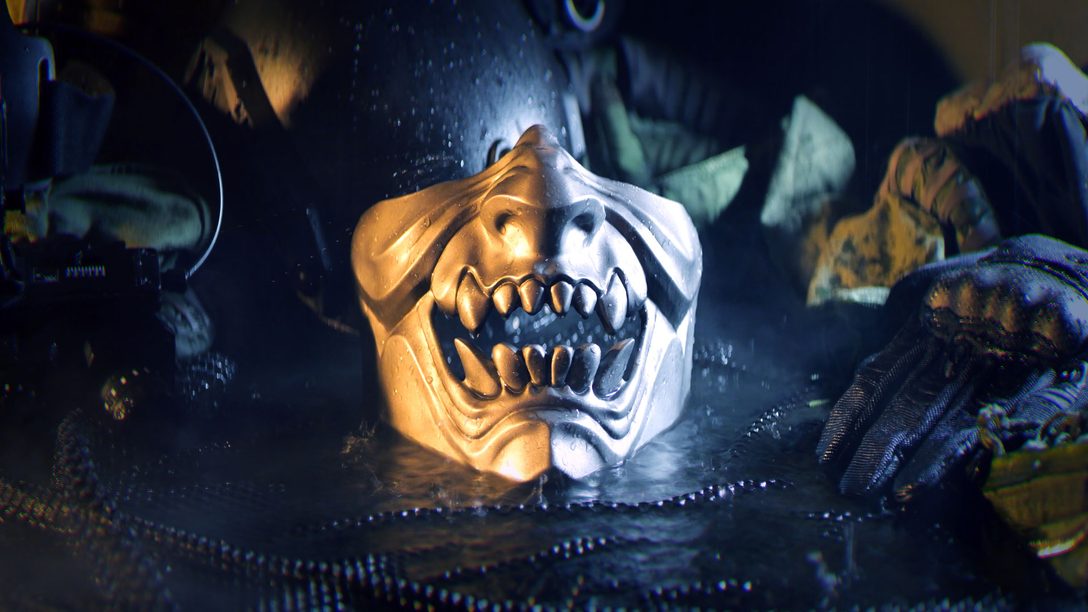 Sharpen your senses, warriors – Call of Duty: Modern Warfare II is just around the corner.

Let’s dive into more details on a special new Operator while we wait for launch on October 28 (MWII Campaign Early Access* also available starting October 20 to those who pre-order digitally).

Announced at last month’s Call of Duty: Next showcase event, PlayStation players who pre-order any digital edition of the game at PlayStation store will receive the Oni Operator Pack** at Modern Warfare II’s launch, which includes the Hiro “Oni” Watanabe operator as well as a high-end weapon blueprint both playable in Multiplayer, Special Ops, as well as the soon to launch Call of Duty: Warzone 2.0.

It wasn’t only creativity that led to the development of this special operator, it was a great sense of collaboration between Infinity Ward and PlayStation to develop an operator that PlayStation players will want to make their main on day one. Below are some details of how Oni came to be.

One concept that stood out early on was the idea of creating a samurai-inspired operator. A name that came to the fore amongst the Infinity Ward team was “Oni”, meaning “Demon”, and that helped kick start a unique narrative around the operator.

When developing the narrative background for Oni, it was important for the narrative team at Infinity Ward to develop a unique character story that they could continue into the future.

Oni descends from an ancient samurai clan, one that was well respected and lived by a code of honor. As the decades passed and the samurai disbanded, Oni’s family fell on hard times. These hardships eventually forced them to live by less than honorable means. By the time Oni was born, his father had already become well established in the criminal underworld.

Yet Oni’s grandfather worked to remind him that his family wasn’t always about this criminal enterprise.  Oni learned his family used to have a very high standing within the community and had a noble name.

To escape his father’s path, Oni left home and joined the military. He was very proficient, quickly rising through the ranks and even earning a spot in an elite multi-national special forces unit with missions across the globe. He learned how to protect himself and how to efficiently wield weapons.

In time, he returned home, eager to come back to Japan and do what his ancestors had done all those years ago – – protect and fight the threats on the home front – – all the while trying to reestablish his family’s good name.

At this point, Oni’s father had become a respected fixture in the criminal underworld. He harnessed his corrupt influence to have Oni discharged from the military.

Now, Oni acts as a gun for hire, vowing to continue the fight against his father and anyone who should cross the samurai code.

With a robust narrative background in place, the work of designing Oni began. When designing Oni the teams at Infinity Ward worked towards a plausible aesthetic that felt contemporary but with the aura of a dignified warrior tied to tradition.

To make Oni feel true to form, the team dove into what the name Oni meant, its etymology, culture, mythology, and anything else they could find. The goal was to make Oni stand out from the other operators in Modern Warfare II.

Oni’s armor was an important design element to get right, so Infinity Ward started there. The Operator wears polished, reflective armor, almost iridescent in areas, but with the noticeable wear and tear you’d expect from a gunslinging warrior.

The Operator’s helmet and ballistic mask was also carefully considered, being modified to resemble the silhouette of a samurai’s helmet. Oni’s headpiece takes inspiration from feudal warriors that would wear similar-looking traditional armor. That said the night vision goggles atop his helmet make it clear Oni is a modern warrior despite his traditional ethos.

Oni’s unique mask features a striking demonic design that ties to the cultural lineage of the name “Oni”. It also strikes fear into his enemies in a visceral and immediate way.

Finally are the blades strapped to Oni’s back, reminiscent of the daisho blades of ancient Samurai warriors. The Operator wields these swords with violent force in a finishing move PlayStation players should look forward to seeing at launch.

The future of Oni

Part of the excitement around an operator like this is the opportunity to leverage the robust backstory and design elements to iterate further on him. This launch version of Oni is available to PlayStation digital pre-order players, but players will be seeing different iterations of Oni in the Call of Duty Warzone 2.0 Combat Packs available free for PlayStation Plus members starting in Season 01 of Modern Warfare II and Warzone 2.0.

Get ready for launch

There is other exciting news beyond the debut of Oni. The new era for Call of Duty begins on October 20, with PlayStation players who digitally preordered Call of Duty: Modern Warfare II gaining early access to the game’s Campaign mode before its official launch on October 28.

Take the full Campaign Early Access period to learn about Task Force 141, its ties to the Mexican Special Forces, and the overall foundational narrative to the next chapter of the Modern Warfare story.

Get a jump start on launch with the new Campaign completion unlocks. Finish the Campaign to earn a Weapon Blueprint, four base Operators, and cosmetic items for Multiplayer and Special Ops.

Modern Warfare II Multiplayer defines emergent gameplay with a focus on variety. On day one, there will be 12 unique Multiplayer modes: 10 traditional modes on Core Maps and two Ground War modes on Battle Maps. Multiplayer will also come with new features such as a new gunsmith, new firing range, plus new maps and modes ready to welcome newcomers and fierce competitors alike. Along with signature Multiplayer combat, Modern Warfare II will feature an evolution of the Special Ops mode from Call of Duty: Modern Warfare (2019).

For additional benefits, get the Vault Edition to receive the Red Team 141 Operator Pack, the FJX Cinder Weapon Vault*** and one season of the Battle Pass as well as 55 tier skips.****

**PS Players receive select bonus content not available on other platforms until OCT. 27, 2023. PS Plus required for online multiplayer. Content also available through retail pre-order in Japan only.