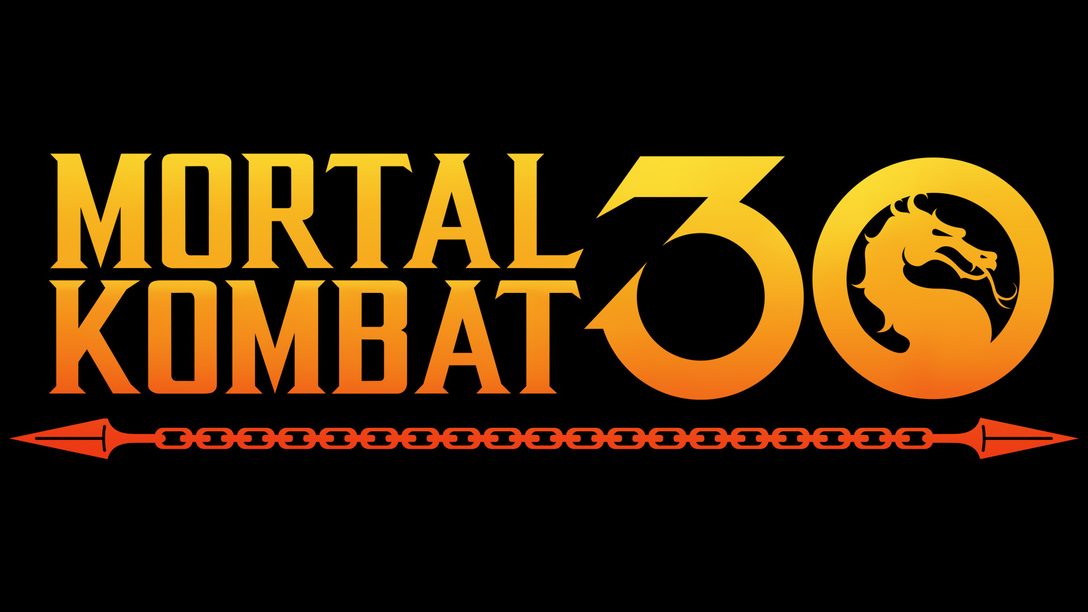 Ed Boon is practically gaming royalty. He’s been a working designer since the late 80s, starting with pinball and quickly moving to arcade games. And then he and three other folks created Mortal Kombat, and the rest is history.

The legendary fighting series hits the big 3-0 tomorrow, a date that marks the release of the original Mortal Kombat arcade cabinets on October 8, 1992. And Boon has worked on Mortal Kombat for every one of those 30 years, a highly unusual feat in video game design.

To celebrate the occasion, I caught up with the affable creator, now Chief Creative Officer for Mortal Kombat & NetherRealm Studios, to talk about his deep roots with the series, reminisce on his career developing MK, and try to get a sense of where it goes from here.

PlayStation.Blog: Where does 2022 find Mortal Kombat?

Ed Boon: Well, it finds it celebrating 30 years of being around, being in the public eye. Obviously…we haven’t made the last one. I guess that’s probably the closest I can say without revealing too much.

The biggest surprise for me is that players have come along and stayed with us for so long. And so the fact that they’ve stuck with us all this time really invigorates us with each iteration of the game.

PSB: With Mortal Kombat turning 30, are you reflecting on your life and how it intersects with the series?

EB: Not so much of my life, but certainly on my career making games. Mortal Kombat is kind of like different forms of school for me now. The arcade days were like grade school, and the 3D games were, you know, middle school or high school.

And now the most recent games — Mortal Kombat 9, MKX, and MK11 — are kind of like college or graduate school. I think of my career as different chapters because it’s been so long. And we’ve been doing the games pretty consistently, over those 30 years, right? We didn’t stop and take a 10-year break and then come back.

PSB: Are there other anniversaries that you celebrate, outside of the first game’s original arcade release date?

EB: I certainly celebrate the arcade game release. But there are different anniversaries. For instance, 1991 is when we started working on the game, when it was a Van Damme game and all that.

And then next year will be the 30th anniversary of Mortal Monday, the marketing campaign Acclaim created. They did an amazing job, really elevated Mortal Kombat to a new level of exposure. And I think it’s been 20 years since Mortal Kombat: Deadly Alliance, right? I think for the next several years we’re going to be having a round number anniversary for some version or another of Mortal Kombat. 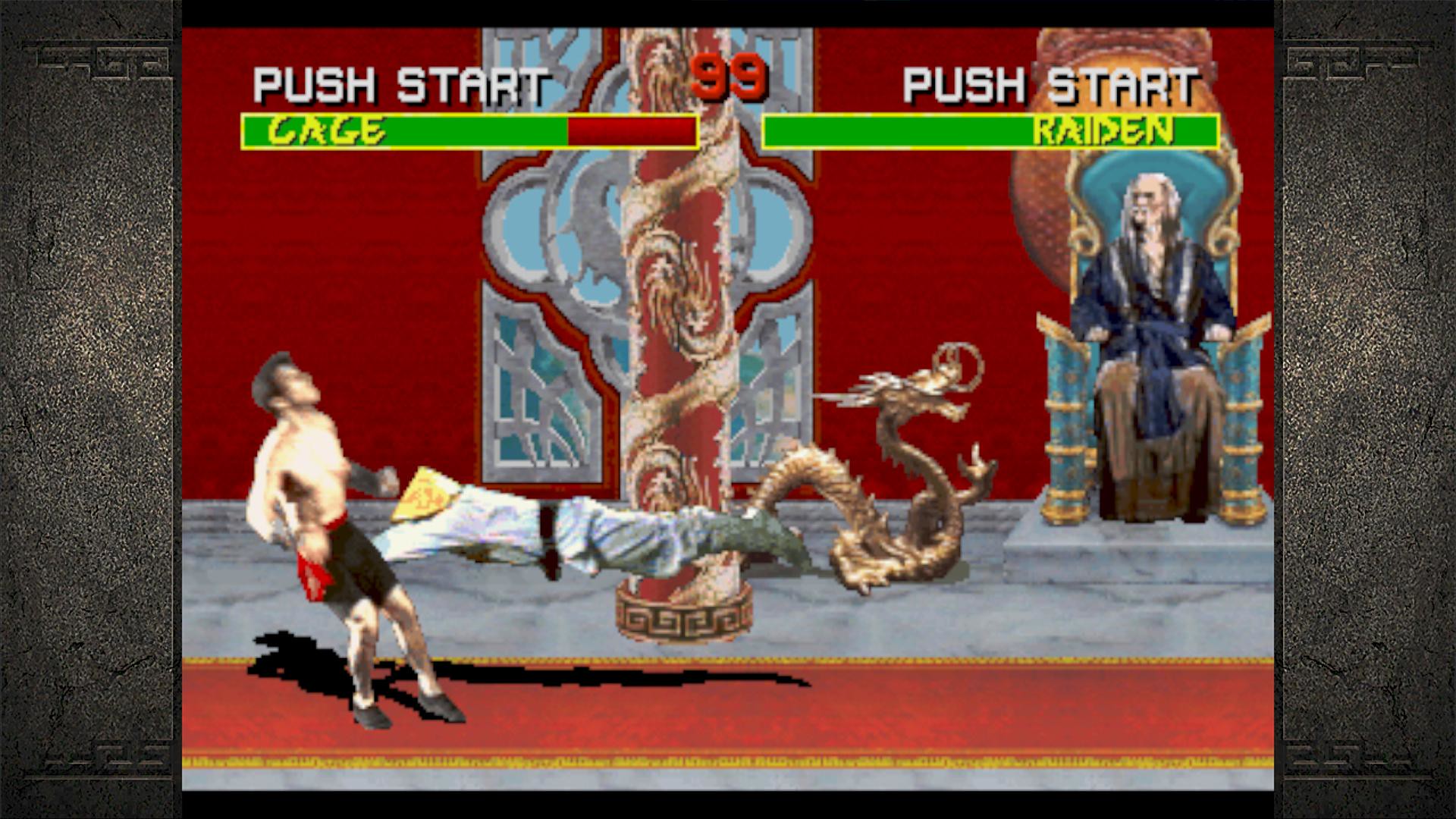 PSB: If you could travel back in time and give yourself one piece of advice while you were working on the original Mortal Kombat, what might it be?

EB: Don’t work so many hours? When you’re in your twenties you have almost unlimited energy. But at the same time, I don’t think I would have listened to myself back then. We were so driven. We were so motivated to do something special. And with each new thing that we saw, that we put into the game, and seeing people react to it… that just charged us that much more so there was no, there was no stopping us at that point. We were self-motivated. We were just on a mission.

PSB: And that original Mortal Kombat arcade game came together in less than a year, right?

PSB: Mortal Kombat co-creator John Tobias recently shared a look at the creation of the game’s famous dragon logo. Are there any stories about the series that you’ve wanted to tell, but somehow no interviews ever touched upon?

EB: Definitely there are. And I’ve been trying to tell those stories on social media, showing some of the videotaping that we had done capturing the actors performing the moves. And there’s, you know… I’m certainly entertaining the idea of writing some kind of a book or something like that when I have time. Because there are hundreds of stories that have happened over the years. Every once in a while you remember one of them and you’re like, “Oh, that’s right!” You know? Because it’s been 30 years.

PSB: Sounds like a great book! What is it about Mortal Kombat, in your mind, that’s sustained it for 30 years? What’s the secret?

EB: The secret, I believe, is just the hard work and the consistent new releases that we do. We didn’t take a break for 10 years and then come back to it. And we’ve managed to do something new with each game. If you look at Mortal Kombat 1 or Deadly Alliance, or Mortal Kombat 3, Mortal Kombat 9, Mortal Kombat X… they don’t play the same, they don’t look the same. They all bring something new to the table, to the fight mechanic that none of the other games had done. And so there’s always a freshness in terms of the play.

The graphics obviously have taken dramatic leaps forward. So I think a persistent new version coming out somewhat regularly has really contributed to it. There have also been things outside of the games that have really expanded its horizon: the movies, the animation, all the merchandising… Everybody’s really just keeping it in the public eye.

PSB: There’s probably not much you can say, but how is the movie sequel coming along? I saw it was reported in the press…

EB: Well, it’s good, I would say. [chuckles] I guess I shouldn’t say too much. But I’m happy to be involved with it. And Mortal Kombat Legends: Snow Blind is a great entry too, and so we’ve really got a lot of stuff cooking.

PSB: If you traveled back to 1991 and told your prior self that, in the future, there would be three or four movies and TV shows and animation based on Mortal Kombat… what would have been your reaction, do you think?

EB: Disbelief. I… It’s funny. With each one of those big tentpole Mortal Kombat events that have kind of broadened its reach, the two that come to mind are when Acclaim decided to put $10 million on an advertising campaign and created Mortal Monday and you know, the kids yelling “Mortal Kombat!” in the street. I remember them showing me that video and saying to them, “you guys are going too far, this isn’t gonna be that big.” And I couldn’t have been more wrong.

And the same thing when they decided that they were going to do a movie based on it. I was like, you know, “you guys are putting too many eggs in one basket.” ….So I’m always a little bit more cautious or maybe pessimistic. But I never [assume] “oh, it’s gonna be the biggest thing in the world.” That’s always been a surprise to me, to everybody working out on the game that it’s gotten so big. 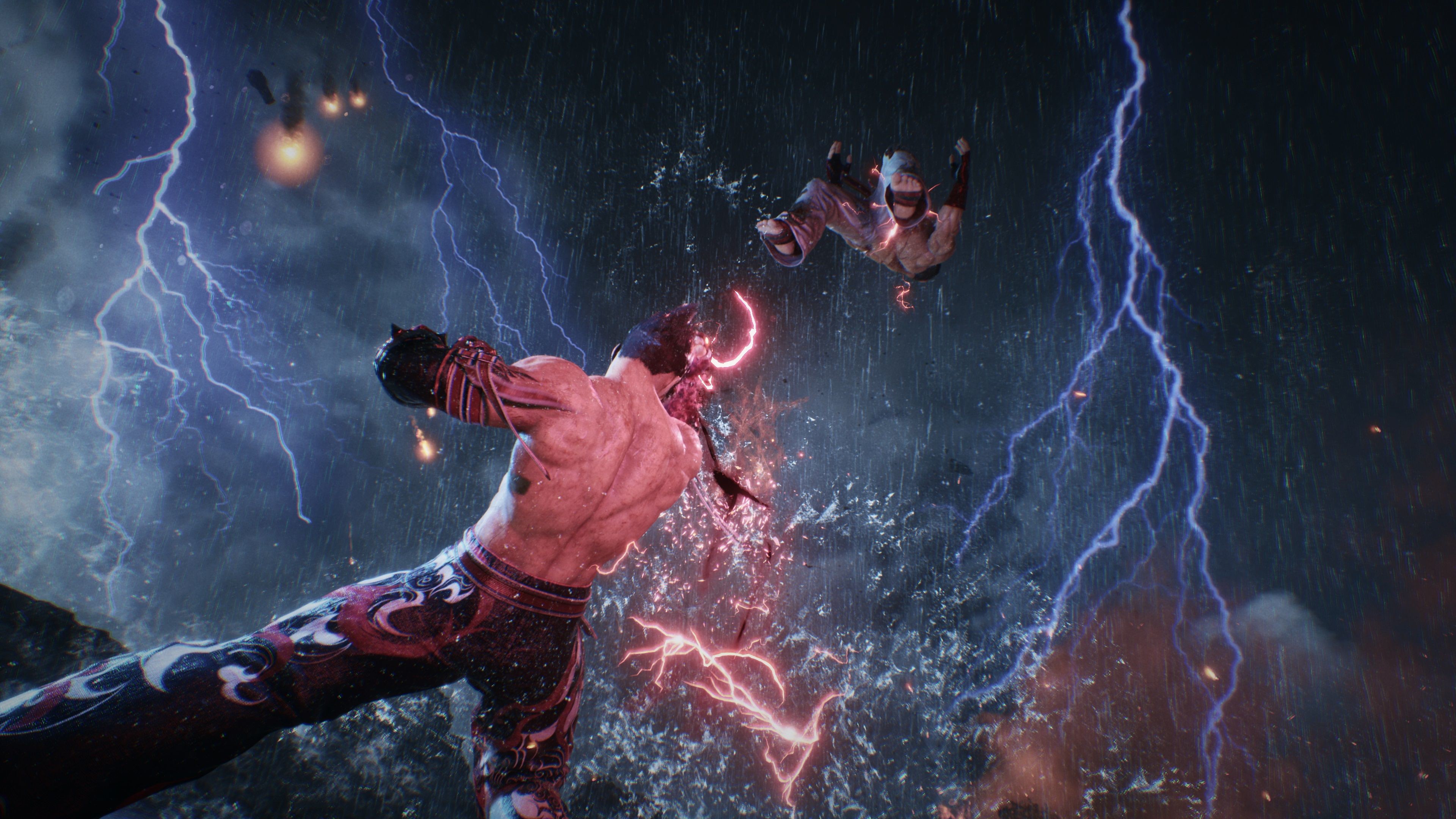 PSB: Do you get much of a chance to catch up with other folks like your peers in the fighting game development world?

EB: Not very often. I’m a huge fan of the games. I love Tekken, I love Street Fighter and play those games every new version that comes out. The, you know, obviously the Guilty Gears and Samurai Showdowns and all that are great, I love them.

But a lot of them live and develop their games in Japan, and I’m not in Japan very often. So every once in a while, we’ll cross paths at maybe an E3 or something like that. But I don’t get that opportunity too often.

PSB: What are your thoughts just more broadly on the fighting game scene now? Is it healthy?

I think all of them have realized that you can’t be too complex, or you need to have some layer that’s accessible to the general public that doesn’t count frames…. they have become aware of that but maintain the kind of deeper element that the hardcore players are really going to kind of devour. So I’m very excited over, especially, the next couple of years. We’re going to have a lot of high-profile big hitters coming to bat.

PSB: What do you think pushes evolution in the fighting genre?

EB: Technology does, obviously. Every game that comes out has new, better graphics. Online play is a big one, too. As games play better online, it just naturally creates a broader audience, a bigger scope of opponents to play against. And then, exposure: Events like EVO certainly are growing in popularity, and demonstrate what you can do with these games. So a lot of players become inspired by seeing professionals play. PSB: Street Fighter also has an anniversary this year, it’s turning 35. Going back in time, again to 1991. What was it like to see Street Fighter II for the very first time?

EB: The thing that struck me in Street Fighter II, was how big the characters were. For their time, they were huge on the screen. And that was a lot of fun, and really inspired us to make our characters even bigger on the screen.

Arguably, you could say Karate Champ really started the genre. Street Fighter II pushed it into, you know, a phenomenon. Some people credit Street Fighter II and the fighting games that followed with saving arcades while they were really taking a dip.

EB: No….My days are just completely booked. There’s a number of games that I do want to play and have seen glimpses of, for sure. So I have like a stack of games that I’m certainly going to be trying, but I haven’t played something all the way through in a long time.

I’m always looking forward to the new God of War game. That’ll be a lot of fun to check out as well.

PSB: And circling back to Mortal Kombat — where does the series go from here?

EB: You know, you could have asked me that same question 10 years ago, 20 years ago. One of the things that’s great about working on Mortal Kombat games for so long is that we have team members now who weren’t even born when Mortal Kombat came out.

And so we always have such a wide range of players, experiences, ages, different diversity and backgrounds. So there’s never a shortage of new ideas. And while I don’t think I can predict them… I have 100% confidence that we will be able to always provide something new with each iteration of Mortal Kombat.

That’s one thing that I can very confidently say. Mortal Kombat will continue to feel fresh, to feel new, and to push boundaries with regards to certain aspects of game design.

Note: This interview was condensed for brevity and clarity.