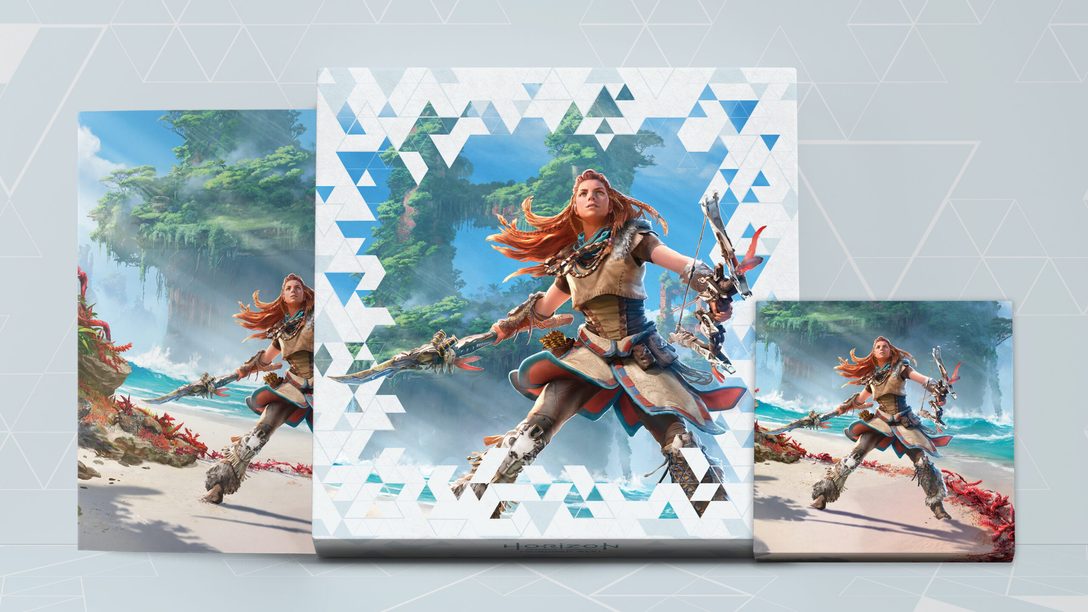 Music plays an essential role in bringing the world of Horizon to life through your speakers. From working with stellar composers to fostering the creations of our own Sound Designers, we take great care in mixing atmospheric sounds, beautifully-written lyrics, and stunning voices to amplify the storytelling our teams create. Since we launched Horizon Forbidden West back in February, we’ve seen so many wonderful stories of people enjoying the tracks that bring so much drama and life to the game, immersing themselves into the world and joining Aloy on her captivating journey – and we are hugely grateful!

With this in mind, we’re excited to announce that the music of Horizon Forbidden West is now available for pre-order in physical formats.  A comprehensive collection of over 130 tracks will come to CD this holiday season for $49.98*, while two editions are arriving for vinyl lovers. The Essential Collection, featuring some of the most iconic themes and tracks from Aloy’s journey west, is available for $39.98*. The Deluxe Edition, an extensive, 6-disc set covering the breadth of the musical landscape of the Forbidden West – from the choral serenity of Plainsong to heightened combat against Tiderippers and more – is a must for fans and collectors alike, priced at $169.98*. Both vinyl editions are expected to ship in spring 2023. 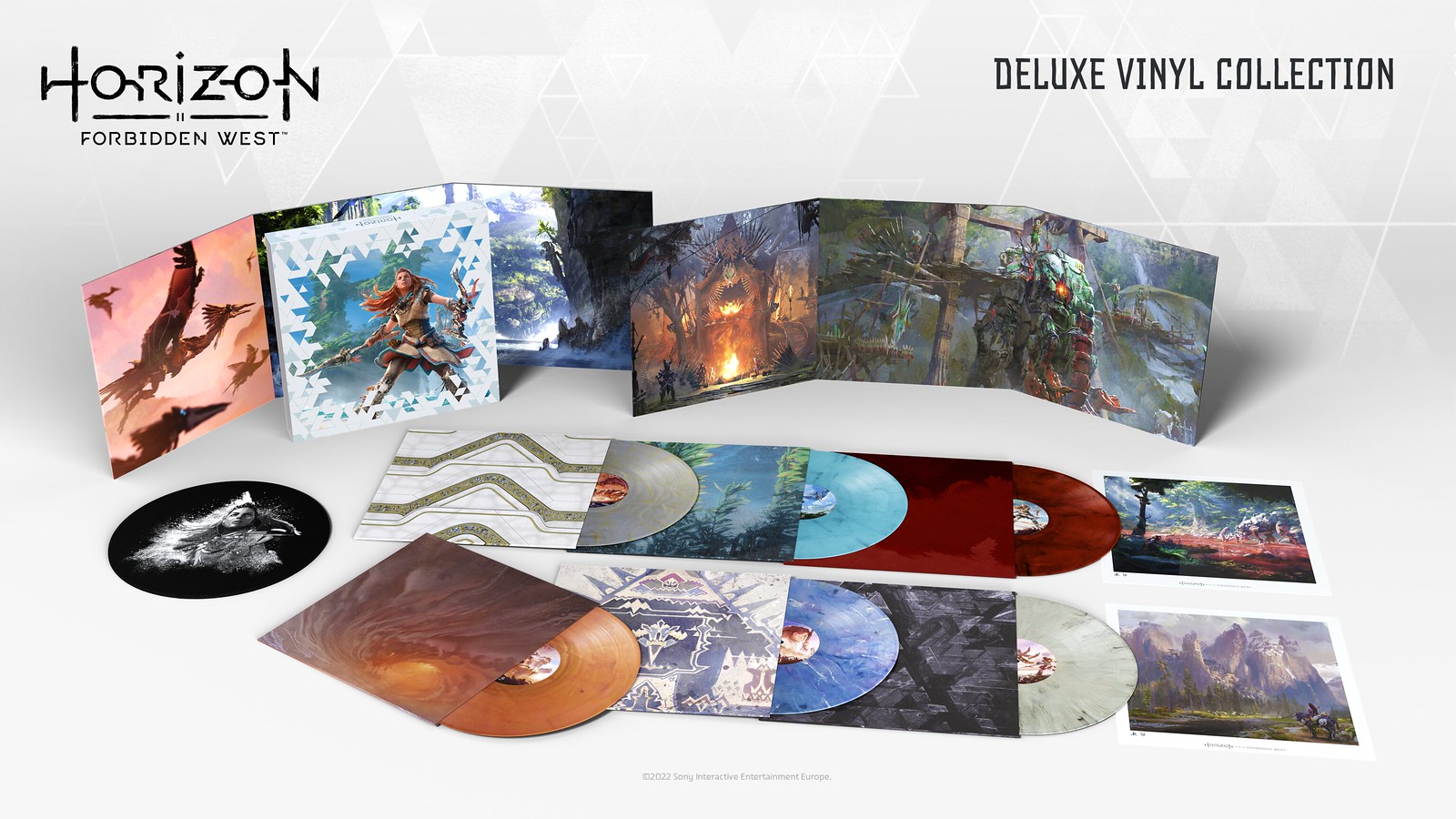 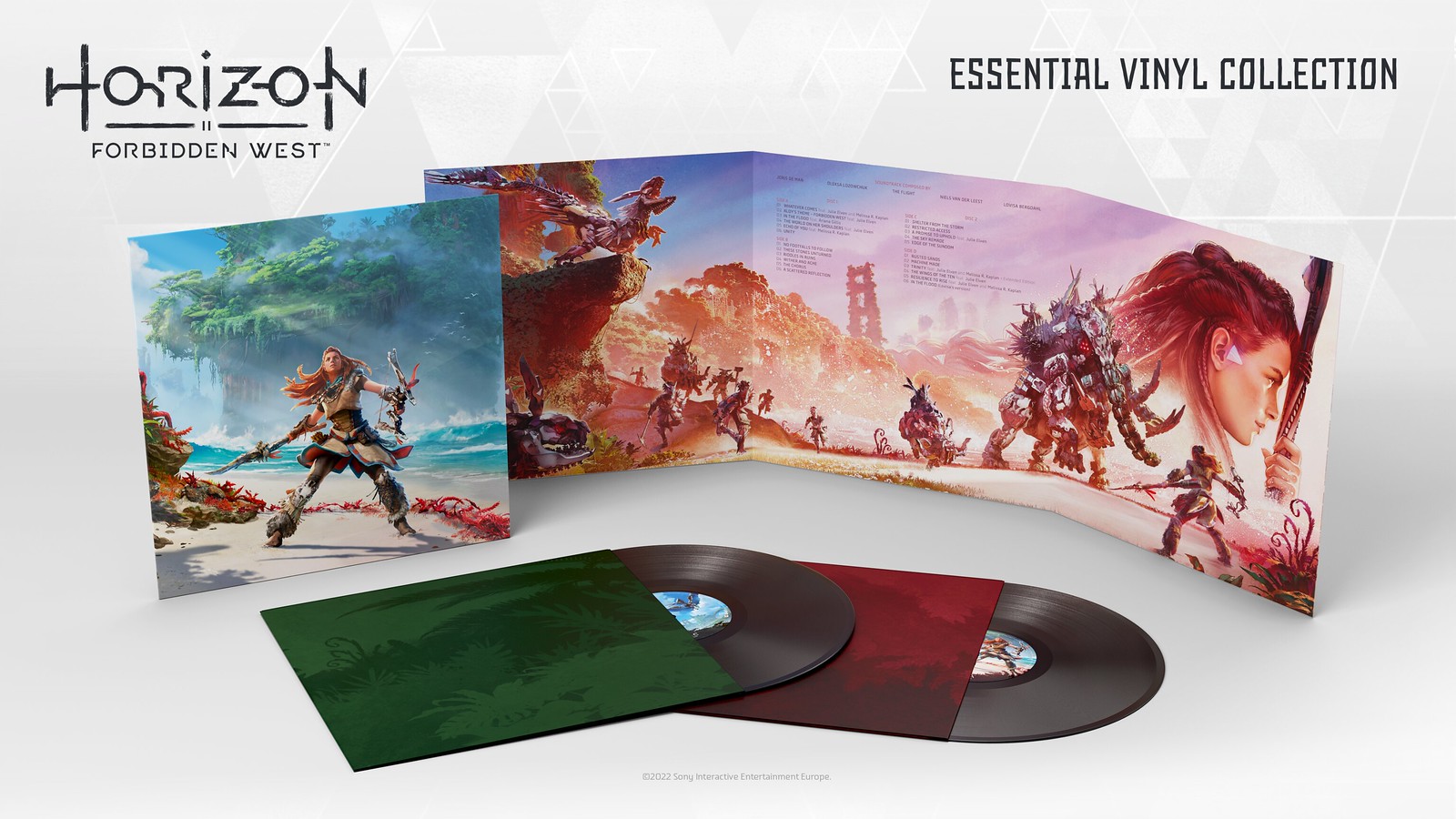 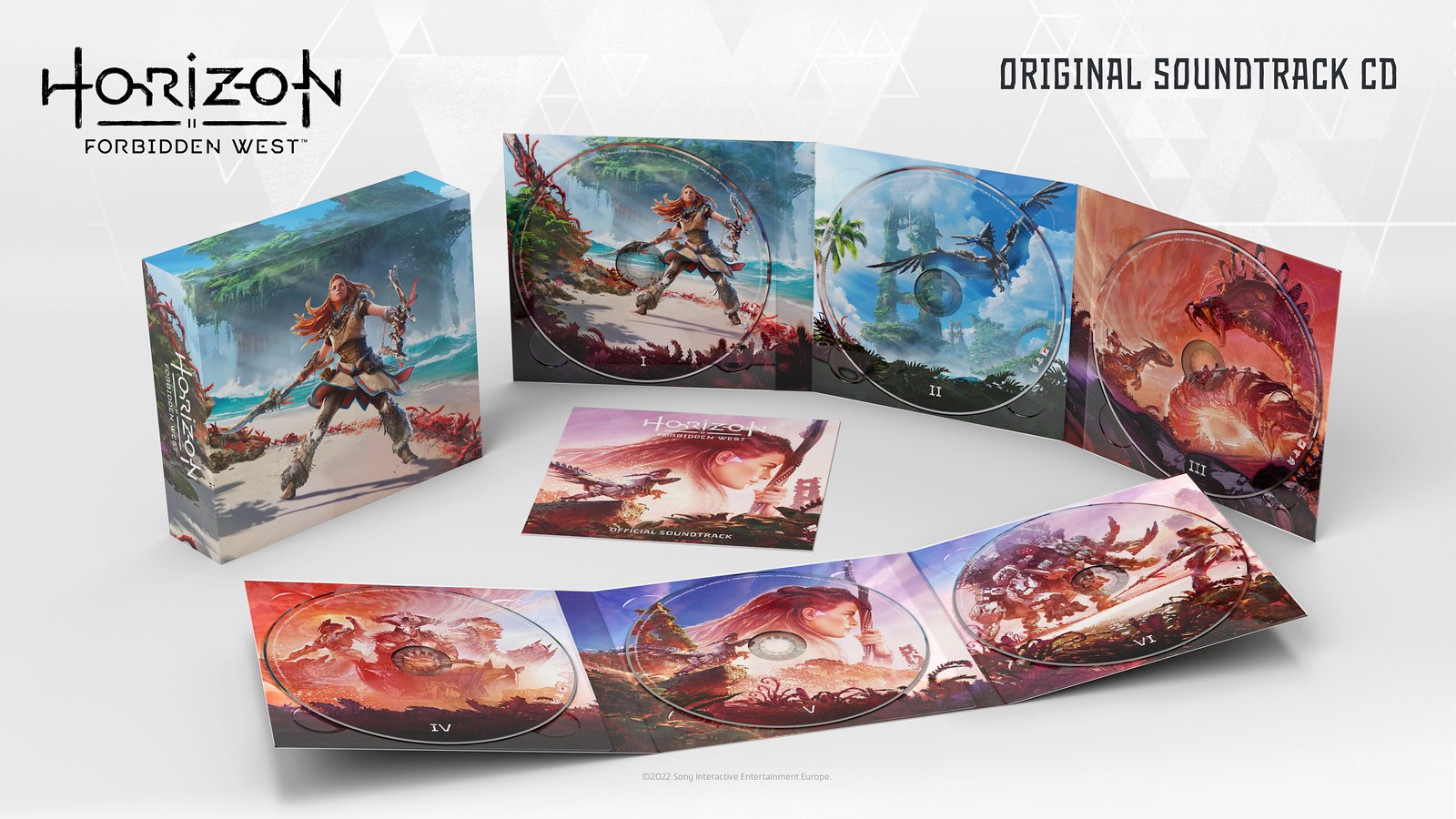 To celebrate, today I want to highlight one song on the soundtrack that is particularly dear to us, because it was originally written by one of our very own Sound Designers, Lovisa Bergdahl. “In the Flood” was not originally written for the sequel, but Lovisa’s live demo convinced us that it would carry the game’s opening perfectly! She then teamed up with one of our composers, Oleksa Lozowchuk, to co-produce the track which now graces the opening sequence as Aloy gallops into the West (performed by Ariana Gillis). Lovisa’s original version can be enjoyed after completing the game, during the end credits.

We are incredibly honored and excited to debut our first ever music video for “In the Flood (Lovisa’s Version)”! Watch as Lovisa showcases the song to stunning shots of Aloy and the world of Horizon:

Head over to the official Guerrilla Twitch channel at 7am PT / 4pm CEST where Lovisa will be joining our community team together with Music Supervisor Lucas van Tol to talk about the soundtrack, the making of the music video, and answer any questions you may have about creating the iconic melodies that accompany Aloy’s journey into the Forbidden West!**

If you want to learn even more about our talented composer team, you can rewatch our Composer Spotlight which features behind the scenes footage and interviews about the creation of the Horizon Forbidden West soundtrack.

*Recommended Retail Price. Actual Retailer Price may vary. For local pricing, please check the pre-order links. **If you can’t make the livestream, you can watch it back on Guerrilla’s YouTube channel on demand: https://www.youtube.com/c/guerrillagames/videos