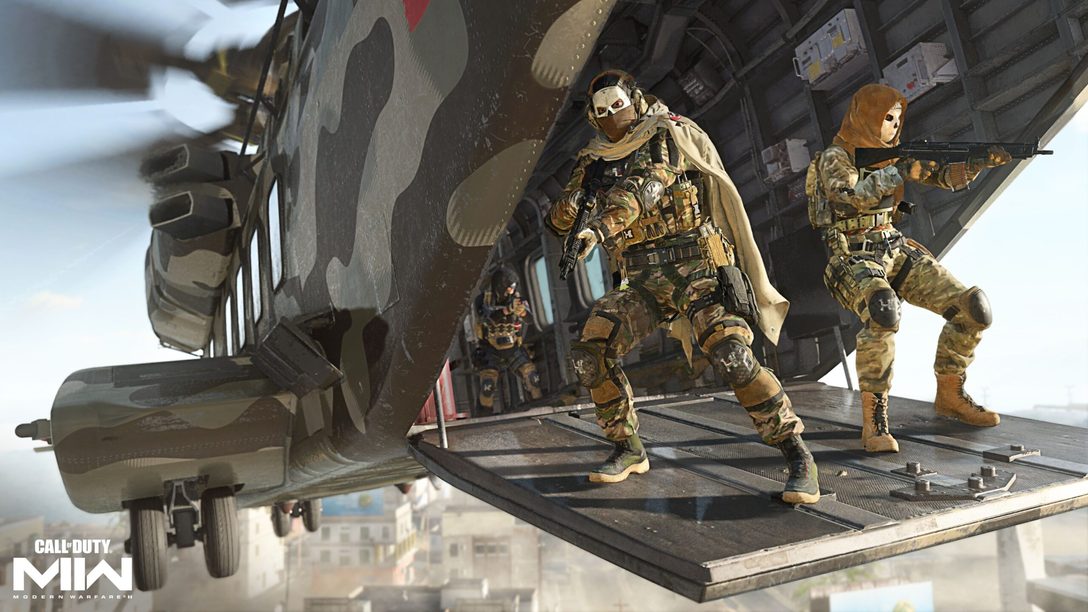 Call of Duty: Warzone 2.0 expands the tested gameplay formula and features a new map, out November 16.

Call of Duty: Warzone is making its grand return as part of the first season of Call of Duty: Modern Warfare II. After becoming a prominent player in the battle royale genre, the spinoff is receiving a sequel update dubbed Call of Duty: Warzone 2.0. This new entry gives fans of the original more free-for-all action and adds new innovations to the pre-existing Warzone formula that shift certain familiarities and adds even more surprises to the genre.

With an all-new map filled with diverse terrain and vehicle options, Warzone 2.0 offers a remixed and more refined experience than before. Strategies will change and become more varied, new locations will join your routes, and a new Circle Collapse feature throws everyone into memorable Warzone finales. Alongside all this, every single upgrade from Modern Warfare II’s engine is also present. Read on to learn more about the new gameplay enhancements based on a recent hands-on session with an early alpha version of the game.

Where are we dropping, and how are we traveling?

Warzone 2.0 is taking players to a new location called Al Mazrah. This sprawling map elevates Warzone exploration to a new level. The free-for-all island has you venturing across deserts, towns, cities, and everything in between. How you advance through this vast land is up to you and what terrain and vehicles you find.

This entry in the Warzone universe expands on the previous vehicular and travel options. Wheeled land vehicles are no longer the only option. Want to take to the skies with your squad in a helicopter? You’re free to do so. Want to take a slow destructive approach in a tank? Go for it. And like in Modern Warfare II, players have new aquatic combat options and can use boats to travel by water.

Remember to keep an eye on your fuel gauge because each vehicle can run out of fuel, forcing you to refill at a gas station.

A new way to plan your route

Another significant change coming to Warzone 2.0 is how you find items in Al Mazrah. Gear is now placed more logically and realistically throughout the world. For example, Stims and Medical Syringes are stored in medicine cabinets, while weapons and other equipment are typically in armories and military bases. This new placement philosophy is consistent across all of Warzone 2.0’s loot, challenging you to look to specific areas to gather necessary supplies.

Though it seems minor initially, these new placements shift your travel routes and offer a new way to play Warzone. Instead of going from one random location to the next, you may want to map out a path that hits more gas stations to fill up your vehicle or look to areas where you can gather more medical supplies. Like the inclusion of more vehicles, this change adds yet another strategic layer that’ll shift how you play.

Enemies can become allies or your final boss

The Gulag has changed substantially since you’ve been away. A new rule forces you to put your second life in the hands of a possible future foe. Instead of fighting alone to return to the battle, you’ll sometimes team up with a rival player. You can use their help to either defeat the other team or go for another Gulag escape objective by defeating the AI combatant known as “The Jailer”, who holds the key to your escape.

The dynamic circle system is another way you may cross paths with more opponents. This new Circle Collapse randomly shifts Al Mazrah’s safe zones. Instead of always being a single circle of safety that every player must fight to remain within, the zone occasionally splits into multiple circles. The teams that survive within the separate circles then get corralled into the final single circle to end the match in dramatic fashion. This last singular zone serves as the battleground for each remaining team. This gameplay twist gives a final boss-like vibe to showdowns against human-controlled teams stocked up on the best look they can find.

Prepare to jump into Warzone 2.0 when it lands on PS5 and PS4 on November 16.