Rebuilding The Last of Us Part I: A deep dive into combat, animation, audio and visual changes with Naughty Dog 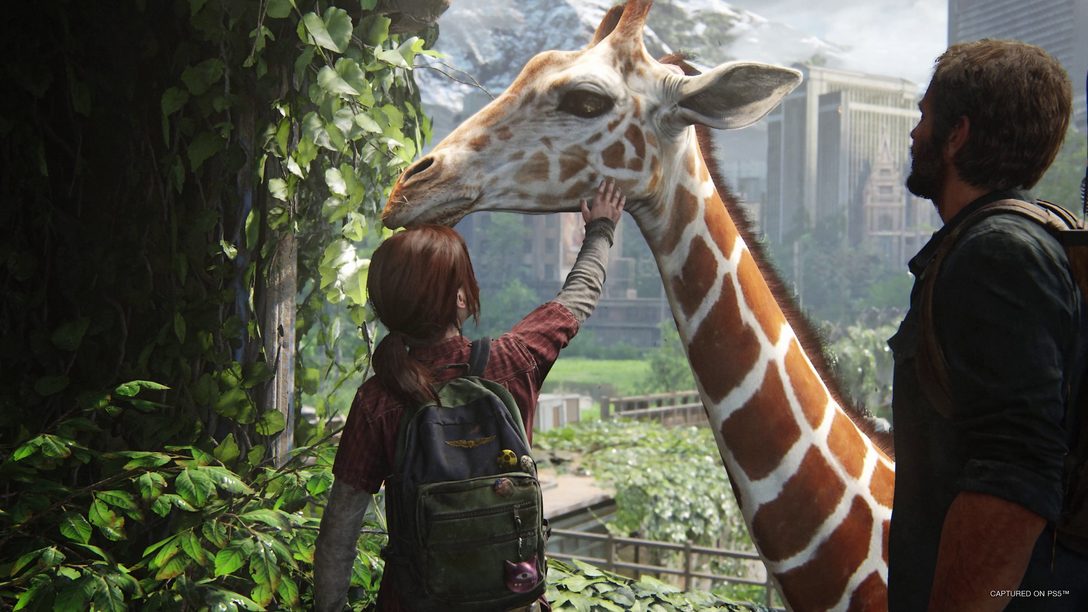 The studio brings its latest tech, lessons learned, and gameplay philosophy to create the definitive edition of an already groundbreaking game.

In 2013, Naughty Dog debuted a showcase of compelling character study and taut survival thrills set in a near-future America, fractured by a country-wide incident years previous. We were introduced to Joel and Ellie, a pairing brought together by events bigger than both. Their bond, grown in a dangerous cross-country trek that eschewed flamboyant setpieces for tense action, made it easy to become emotionally invested. A blockbuster with heart.

It was also a technical marvel. The studio continued to improve the craft that so vividly shaped Nathan Drake’s adventures, breaking new ground in model animations, art direction, cinematic storytelling. Multiple teams’ worth of work all to pull us into this world, this story.

Now, Naughty Dog is bringing nearly ten extra years of technical accomplishments and knowledge and channeling those through PlayStation 5 technology to rebuild the modern-day classic from the ground up. This new remake aims to recreate The Last of Us in a way that resembles and honors your memories of the PlayStation 3 original.

So what sets The Last of Us Part I apart from the PlayStation 4 remaster that came before it? And how is it the definitive way to experience the first entry in the series? The answer to those questions comes from many pieces of a complex puzzle that are assembled to rebuild the title.

Creators involved in The Last Of Us Part I share insight into the technical accomplishments behind the remake and what players should expect to see on September 2.

“To me, what makes this a remake instead of a remaster is the sum of its improvements,” explains Naughty Dog’s Shaun Escayg, who was Lead Cinematic Animator on the original and is Part I’s Creative Director “This isn’t just the same characters, environments, art direction, etc., performing on better hardware. We completely redesigned everything from the art direction, lighting, [lighting] technology to the character designs themselves. We’ve applied everything we’ve learned over the decade since the original and utilized that new technology to create something that stays true to the original but reimagined in an updated way.”

Players will experience the sum of every department’s creativity, skill and technological achievements in every step of their journey.

“We made our world more grounded. All our environments and spaces come alive,” Escayg explains. “Light filters through trees, moss swirls when you’re wading through waterlogged streets, bugs stir in the bushes, cars wobble under your weight when you land on them. These come together, ground the world, and trap the player in this immersive feeling. And they also make combat feel more visceral. When you take cover behind some abandoned vehicle, to see that car now flex and groan, with the glass shattering and chassis rock when hit by gunfire, it just heightens the experience.”

Enhancing the combat and audio

Speaking of combat, the original game’s combat always emphasized that no two playthroughs should be the same. The Last of Us Part I pushes that principle even further thanks to PS5’s hardware.

“A lot of the changes in the combat system could broadly be described as taking something that we had to hack together [in the original],” states Lead Programmer John Bellomy. “There are sequences in the original game that are pre-scripted, that just play out in a very particular way.” Bellomy examples enemy search and flanking behavior: PS3 hardware limitations meant those behaviors couldn’t analyze the environment and adapt accordingly.

“Coming into The Last of Us Part I,” Bellomy continues, “we took those combat encounters and applied our AI engine and tool suite to do them ‘for real.’ We have more dynamic encounters thanks to paired search and new investigation behaviors, topographical analysis with pathfinding, and probing for visibility, so things like sneaking and ambushing will work in more situations. These ultimately make the game more interesting for players. It doesn’t play out at the same time, every time. You can put yourself into new and exciting situations that maybe even we at Naughty Dog can’t account for.”

Another limitation surpassed using the new hardware is the number of active enemy AI present in a given situation. Lead designer Christian Wohlwend explains that one of the most significant limitations of the PS3 original was the eight NPC limit. To get around this back then, Naughty Dog had to flip the attention of these NPCs on and off. However, this limit is no longer a concern on PS5.

Aside from employing more advanced tech under the hood, The Last of Us Part I is advancing combat in other meaningful ways. “The way that our melee system has evolved is monumental,” Wohlwend said. “So we were able to use all those new development tools from the Last of Us Part II in this remake. It makes it much more flexible, easier to improve and prevent bugs, and elevates everything there.”

The Last of Us Part I sets out to immerse players in its combat encounters more than ever, utilizing the DualSense controller’s haptic feedback to emulating sensation (such as the feeling of rain) and the implementation of 3D audio.

“3D audio started in a limited way on PS4,” Audio Director Neil Uchitel explains. “On PS5, Sony created the Tempest Engine, a processing engine to take whatever audio they were getting from whatever game and then use some very complicated trickery to render it in such a way that it gives it much more spatialization in the world. So you feel like you’re moving through the world much more, and what it definitely did is add more accurate height information. So if something is coming up above you, it feels like it’s coming from above you and so on.”

This innovation is noticeable as early as the game’s opening sequence. You hear the size of raging fires, pinpoint screams of panic in the streets, and the clawing and scraping of infected all around you as you seek to escape from what Joel once called home. But Naughty Dog also puts 3D audio to use during the slower, less intense moments. Dialogue while exploring grounds you further in the world, Ellie’s voice coming from specific directions, the quiet rustle of leaves omnipresent.

The Last of Us Part I’s redone animation is the final piece that completes the puzzle, adding subtle but beneficial additions to enhance storytelling.

Escayg cites the example of tear ducts welling up when Ellie and Joel argue about him abandoning her at Tommy’s, or skin flushing during emotional scenes.

“All these animation improvements make the scene stronger,” said Art Director Erick Pangilinan. “Because you are increasing the fidelity of the expression. You’re making more subtle gestures that feel more natural.”

And the animation improvements aren’t restricted to characters. The world sports a greater degree of visual fidelity and detail due to new lighting and animation technology.

“Part of the original creative vision for the first game was not having a very visually dark, dystopian, apocalyptic overall image but emphasizing the beauty of nature reclaiming its territory back,” outlines Art Director Sebastian Gromann. “While the foliage was very limited on PS3, with the power of the PS5, we’re able to have very complex shaders, more complex models, and more fidelity and volume in the foliage to have that feeling of nature reclaiming the city.”

“We’ve got huge improvements there that enabled us to put more polygons in our characters and the environments as well,” Pangilinan adds. “We were able to create more depth because we can put more detail in the more distant environments like the mountains and buildings in addition to the stuff in front of us. That wasn’t possible with the GPU of the PS3.”

He notes the advantage of hindsight and better technology has led to a breathtaking amount of additional detail, from the visible to the tactile. A more emotionally-charged story and a more immersive gameplay experience. Naughty Dog has committed itself to a body of work that the team is proud of accomplishing and, as Game Director Matthew Gallant concludes, the definitive way to experience the first part of Joel and Ellie’s story, “for old fans, those that just picked up a PS5, those introduced by the upcoming TV series, and anyone else.”

The Last of Us Part I launches September 2 on PS5.

naughty dogthe last of us part i