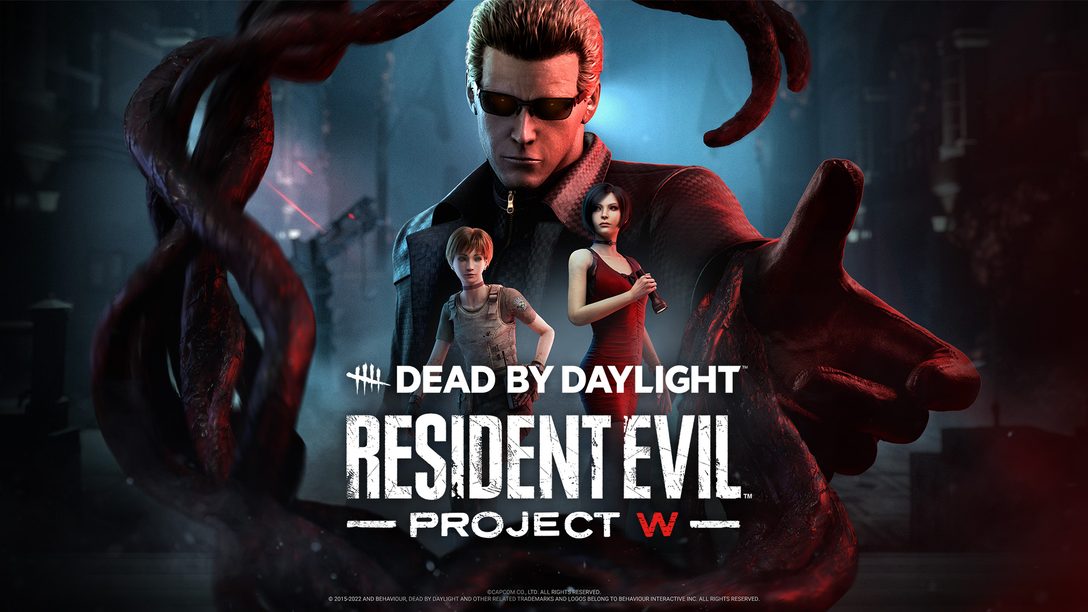 A conversation with a Dead by Daylight game designer.

Every character comes with 3 unique perks, which must remain thematically appropriate and engaging from a gameplay standpoint. It’s a meticulous process for the design team, especially when these perks are extensions of beloved characters from an established and acclaimed series.

As Game Designer – and experienced Resident Evil player – Aram Tab explains, there are many stages involved in bringing a perk into Dead by Daylight. “Coming up with a roster of perk ideas is usually the first step,” he explains. “There are three priorities when conceptualizing perks: gameplay, synergy, and character themes.”

“I speak with the Killer Designer and the narrative team before laying out a perk roster,” explains Aram. “That roster usually consists of 12 perks per character, and then we have a discussion with the entire design team. I present them one by one, we have conversations, and I take notes. I’m responsible for gathering the information from those discussions, making a summary, and adjusting to feedback accordingly. The design team have a lot of experience with the game, and they always give amazing feedback.”

From there, Aram whittles down the perk roster by half into a restrained roster, eliminating candidates that may feel out of character or lacking from a gameplay perspective. After another round of discussions, the restrained roster is narrowed down to the final three.

“Wesker is a classic archetype – The Mastermind, who stops at nothing to achieve his goals,” explains Aram. “The Virulent Bound Power our Killer Designer came up with is fast paced, and I wanted to keep that momentum going with his perks. Superior Anatomy allows you to close the gap on Survivors with a super-quick vault. Combined with his Power, this makes him truly dangerous in a chase.”

“Awakened Awareness is a fun one, as Wesker cannot be fooled. He’s always one step ahead. Sometimes in Dead by Daylight, you’ll hook a Survivor, walk away, and that Survivor is instantly unhooked. With Awakened Awareness, they won’t be able to sneak up on you because you’ll see their Aura.  As for Terminus, it’s pure Wesker. His final plan is revealed at the end of the game, and now you’re in big trouble.”

“Ada is my favorite character from Resident Evil, so it was a lot of fun to make perks for her,” says Aram, laughing. “When I shared the full perk suggestion roster with the team, the votes were split. I really had to work my way around the restrained roster and find the best fit. When you’re in that situation, you use the elements I mentioned before: does it have good synergy? Is it good by itself? Is it thematic? Does it allow for interesting gameplay situations?”

The second new Survivor is S.T.A.R.S. field medic Rebecca Chambers, and the team came up with three perks that capture her altruistic presence in inventive ways. Yet one perk in particular – Hyperfocus – features a complex activation mechanic seldom seen in Dead by Daylight.

“This one is for the players who think they can hit every Skill Check,” says Aram. “When it comes to Skill Checks, new players tend to miss them a lot while experienced players hit them with ease. We wanted to see how easy it really is. We playtested it, and we had a bunch of very experienced players missing Skill Checks because they were greedy for the bonus – which is exactly what this perk is about. Oh, you’re good at Skill Checks? Prove it. There’s a stacking bonus, but you must chain Great Skill Checks that get progressively harder.”

“I only tolerated that degree of complexity because I found the perk super interesting,” he notes. “If a perk is hard to understand, you have to be satisfied with its potential.”

As Dead by Daylight players know, this latest Chapter includes the first perks following a major overhaul to the meta. “Before the latest update, many of the same perks were being used repeatedly,” explains Aram. “We felt it was important to shake things up.” This presented the design team with a unique challenge: to continue building on this exciting foundation.

“It’s an entirely new perk environment,” reflects Aram. “Upon discussing with my fellow designers, we concluded that the new content needed to align with the mentality the update was trying to capture. If you look at the new Chapter for example, Wesker is all about detection and chase. It’s a very conscious decision, and we wanted to put emphasis on parts of the game that may have been forgotten. This new content will provide some exciting options for build variety.”