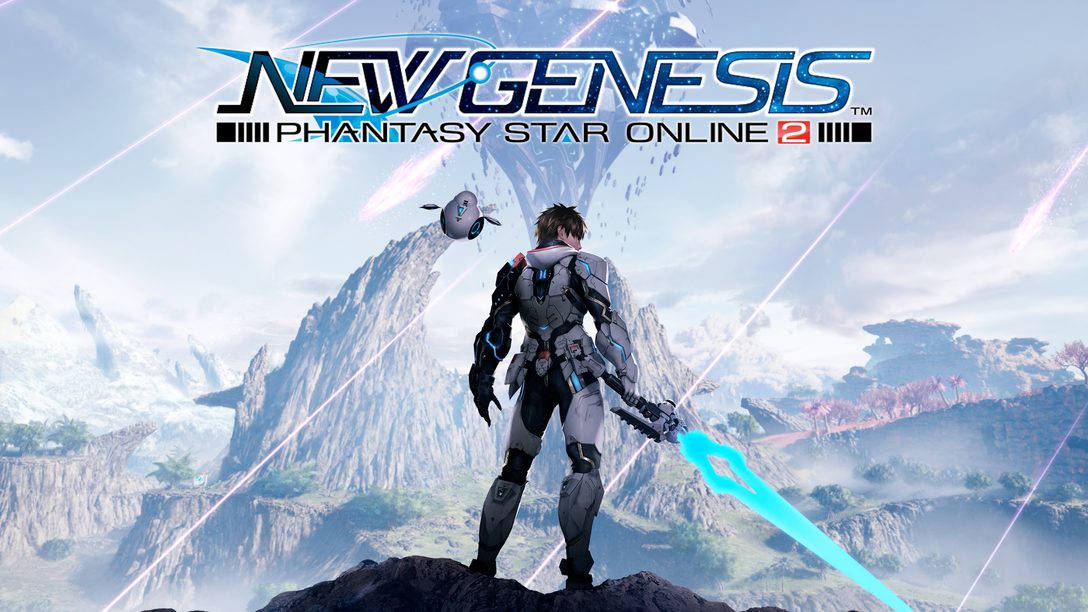 Prepare to embark on an online F2P action-RPG adventure with a series primer from the dev team.

High up in the list of longest-running video game franchises at 33 years and change, Phantasy Star has touched the lives of many and inspired quite a following. And, that journey is set to continue. Today, we’re happy to announce that our action-RPG Phantasy Star Online 2: New Genesis comes to PS4 on August 31. If you’re new to the series, let me give you a quick primer.

A brief history of the futuristic RPG series

Phantasy Star has morphed over the last three decades, but some concepts remain the same. Initially developed for the Sega Master System in 1987, these single-player RPGs eventually became a quadrilogy and, though mostly set in the same star system, could each be enjoyed as a standalone adventure. The inclusion of sci-fi and classic fantasy thematic aspects made these games unique at the time, while players journeyed across multiple planets, explored dungeons, and fought fearsome foes. The four titles were highly acclaimed for their gameplay and visuals.

In 2000, the series inspired one of the first console games that featured online multiplayer: Phantasy Star Online. The game’s party-based systems and combat-based PvE play made it one of the earliest pioneers of online gameplay in the console market. 2006’s Phantasy Star Universe would carry on the series’ penchant for having each entry feature a new setting and story, while evolving its hallmark sci-fi-infused combat. Finally, in 2012, Phantasy Star Online 2 launched its own stellar journey to the stars.

August 31 marks the launch of Phantasy Star Online 2: New Genesis on the PS4. It’s a massive update, as the game system and graphics engine were completely overhauled and exploration changed from hub-based to true open-world, as well as featuring a new story and cast of characters set over 1,000 years after the events of PSO2.

Players of New Genesis are still able to explore the content of PSO2 with their character by accessing an in-game device and teleporting to the original world at their leisure. This makes New Genesis the perfect entry point for newcomers, as they’ll have access to both games. And all this is F2P, as a Playstation Plus subscription is not required to play the Playstation 4 version of New Genesis.

New Genesis: Combat and exploration, solo or with friends

Like its predecessors, New Genesis is built around compelling, story-driven quests and intense real-time combat sequences as you explore and battle your way across the landscape of the planet Halpha.

While quite engaging as a solo adventure, New Genesis is also fun with friends and others, as players can form parties of up to 4 and play in the Exploration Sectors – where up to 32 players can be at a time. There are also Urgent Quests, where tougher enemies and Bosses reside, that allow up to 2 parties or 8 total players to participate.

When it comes to party dynamics, this isn’t your typical healer, tank, and two damage classes. No, none of that is necessary here. While some classes have abilities to support the play of others (such as damage or defense buffs, or area-wide healing) there are no strict roles in NGS.

In addition, you don’t gain Skill Points or abilities simply by leveling up. In order to place points in your Skill Tree, you need to earn them by visiting Trainia and Cocoons, where you’ll vanquish foes and solve puzzles in simulated environments. These can be done in a party and are repeatable for in-game currency and experience (but no additional Skill Points after the first completion). You can also create parties for Urgent Quests on-demand, known as Trigger Quests, which can be accessed through a Quest Counter in any of the three cities.

Dynamic interactions and quests in NGS

Though there are quests available from NPCs in the three main cities, a lot of the experience players earn in NGS comes from dynamic interactions that occur in the field. Emergency Trials spawn frequently, and these can necessitate defense of downed aircraft against enemy hordes, the destruction of a strong enemy alongside other players, or other scenarios. Storms may pummel the landscape and cause especially strong enemies, known as Gigantix, to appear. You’ll need help from quite a few players to dispatch them. Rewards from defeating enemies can be in-game currency, experience, weapons and armor (some high-powered or otherwise rare), and augments to enhance your gear. Some enemies in certain venues may even drop cosmetic items to further customize your character.

You’ll pick from nine main classes and can select a sub-class, supporting a player’s individual playstyle and goal. Prefer to keep your enemies close? Try a Fighter/Hunter class combination. Like slinging spells from afar? Check out a Force/Techter combo. Thinking about switching it up? Just visit the Class Counter in any major city and change your class at will. There are 17 weapon types available in the game, and all classes save for one (the newly released Waker) have their choice out of a small handful. The Skill Trees for each class also allow you to tailor your active and passive abilities to match your playstyle and preferred weapon type.

Change weapons during combat to really make your gameplay interesting. Feel like throwing the perfect uppercut after pummeling your enemy as a Fighter? Slap some Knuckles on and use the Thousand Blows PA. Enemy still alive? Just switch over to your Double Saber and spawn a tornado using Quick Gash. As the Fighter class, you can wield Partizans, Double Sabers, and Knuckles and have up to 6 weapons on your Weapon Palette to quickly change to in the heat of combat.

Some classes use Techniques instead of Photon Arts, and some can be slung from safety while others target enemies in close quarters. As a Force, players can use either the Rod or Talis to cast Techniques, which all have some kind of elemental affiliation.

Use the Grants Technique with a Rod and call down swords of Light on your opponent, then follow it up with Gimegid to splash Dark photons on enemies closing in on you. Casting Elemental Techniques also has another benefit besides dealing just damage, in that many enemies have Elemental Weaknesses. Target an enemy with a Technique that matches the element they are weak to, and you can inflict an Elemental Down, which is a special downed state where the enemy is unresponsive for a period of time. Inflicting Elemental Downs will make you popular with other players as they’re able to freely damage the enemy during that time without fear of reprisal. Physical Downs of enemies are possible too, and these can be achieved by targeting an enemy’s Weak Points, where damage is amplified.

Have a great time in Halpha

PS4 players will discover there are 3 regions of planet Halpha that are ready for exploration: Aelio, Retem, and Kvaris.

Aelio is lush and green, filled with picturesque peaks and valleys – as well as enemy-infested Laboratory Ruins and Mt. Magnus.

The Retem region is a harsh desert landscape. The shifting sands surround a massive pyramid structure, with a large mountain residing in the southwest. Various Tames, or passive beasts, inhabit the region and tend to congregate around the few oases to be found in the area.

In direct opposition to the desert heat is the frigid cold of the Kvaris region, which players have been exploring since June of 2022. The presence of the snow provides players with a new mode of transportation, that of the Floating Board, or snowboard, and the region is dotted with interspersed jump and acceleration pads. In the west of Kvaris lies the deadly Rayjord Gorge, an area that challenges players by not only sheltering dangerous enemies, but also by subjecting them to frigid temperatures that can kill if not properly accounted for. The most dangerous enemy, Ancient Enemies, will occasionally appear and players will need the help of others (up to 32) in order to take them on. If players can survive the environmental effect and the powerful enemies, the potential rewards of exploring this region are quite desirable.

There’s so much more to find out about this game, so bookmark your calendars and take some time-off as needed to experience Phantasy Star Online 2: New Genesis on Playstation 4 when it drops on August 31!