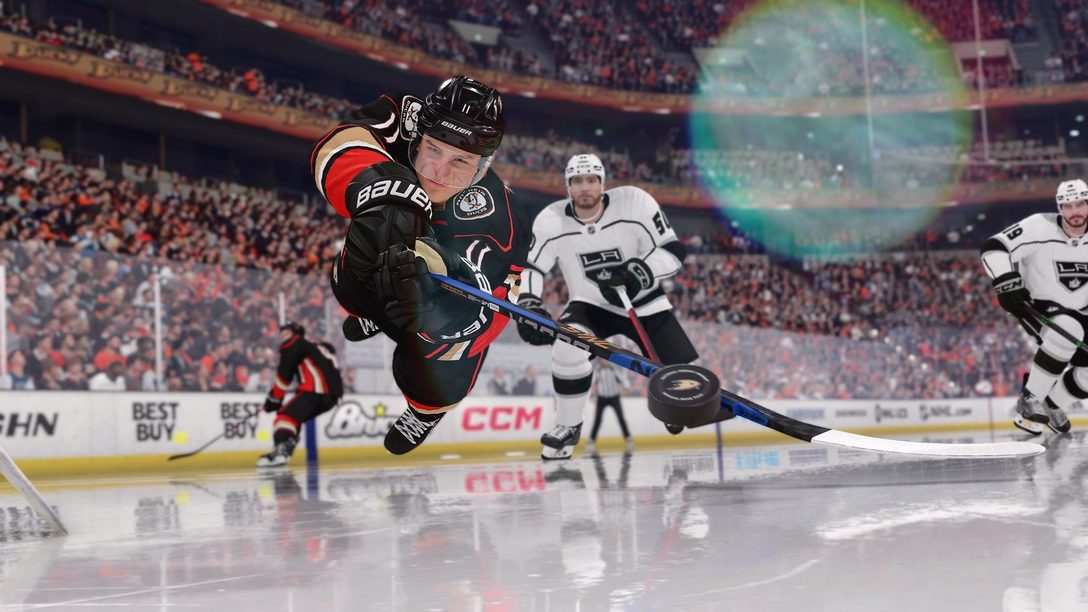 Announcing EA Sports NHL 23, launching worldwide October 14 on both PS4 and PS5. Today, we’re happy to share the first new gameplay details of this year’s entry, the game modes you’ll be able to enjoy, and how we’re overhauling the game presentation to make it as authentic to being on the ice as possible.

First off, we’re pleased to announce this year’s cover athletes! 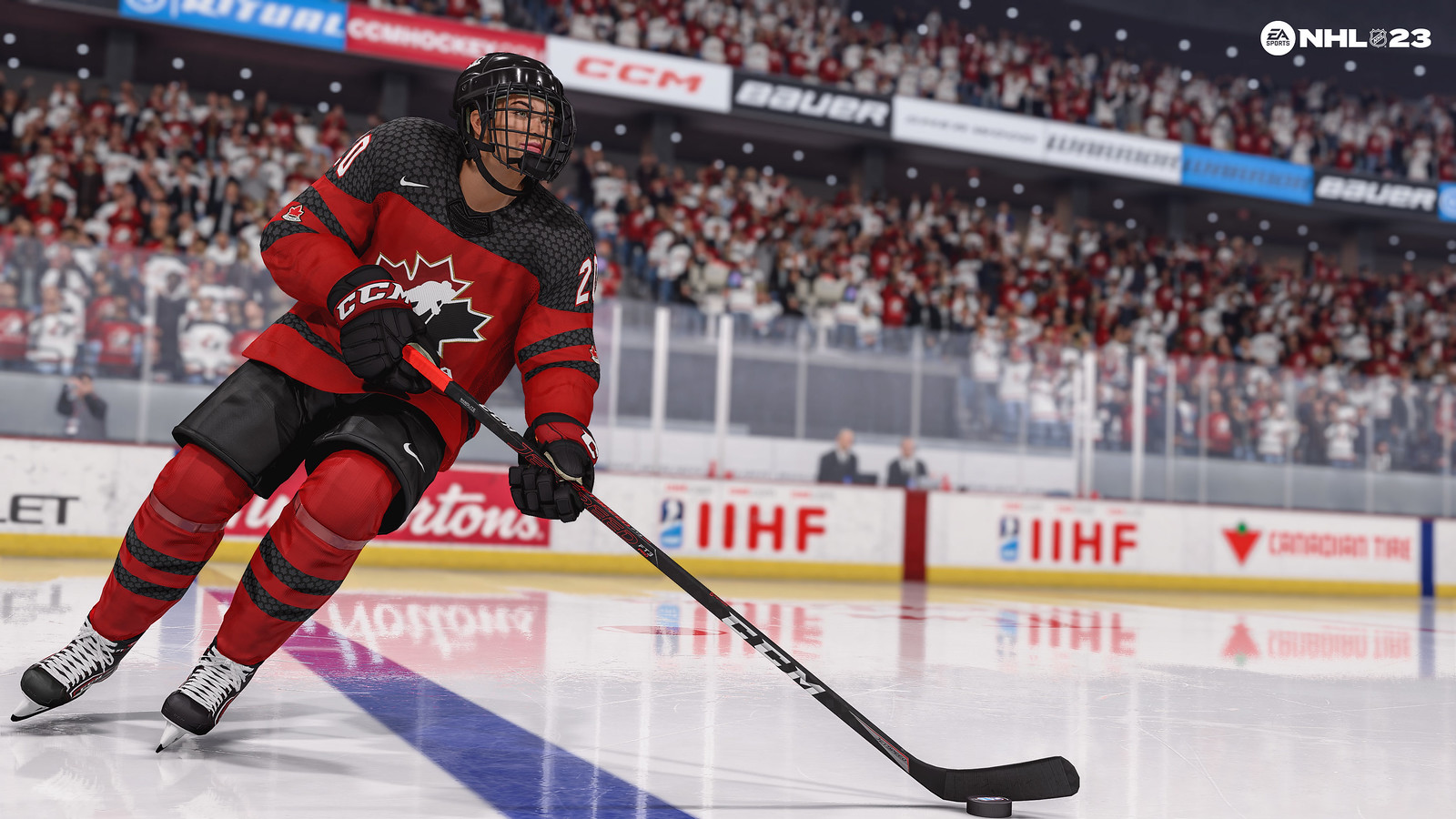 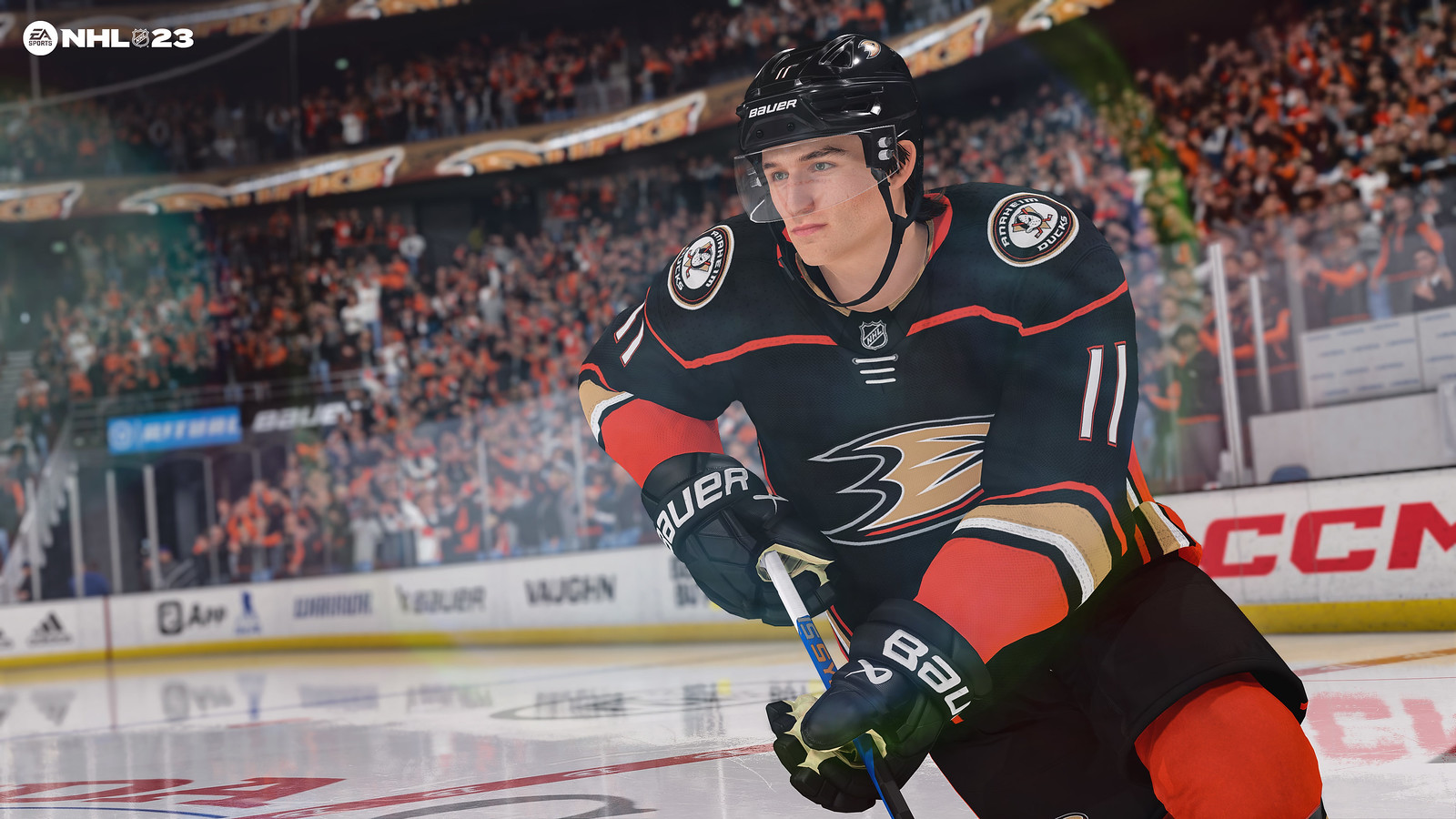 Anaheim Ducks center Trevor Zegras, one of the brightest young talents in the NHL, graces the NHL 23 cover alongside Canada national team forward Sarah Nurse. Both our cover stars are breaking huge ground: Nurse is the first female player to ever be featured on the official worldwide cover of an NHL game and Zegras is one of the youngest players to ever make the cover. They’re two of hockey’s biggest stars and we’re pleased to feature them on this year’s cover.

We’re also happy to announce that we’re introducing mixed men’s and women’s teams in Ultimate Team this year, letting you craft the true dream team on your HUT roster. Now, let’s get into the gameplay improvements we’re ushering in this year – and since we’re on the subject of Ultimate Team…

Ultimate Team is getting some brilliant updates, including the rotating HUT Rivals playlist and three additional tiers of rewards based on Wins and Win Streaks. Forge your dynasty in Franchise with even more ways to customize the league that you’re about to dominate with your team.

More options on the stick, more danger in the goal

From Stumble Actions that create last-ditch shots out of nearly nothing, to Loose Puck Plays that turn loose pucks into highlight-reel shots, you’ll get even more chances to go for glory in any game situation. But the same is true for your opponents: Enhanced Goalie AI makes getting the puck in the net even harder.

For the first time, cross-platform matchmaking is officially coming to NHL 23, via an update launching later this year. Join up with friends and hit the ice against players around the world in Ultimate Team and World of Chel. Shorter queues and more players mean more games and more competition! 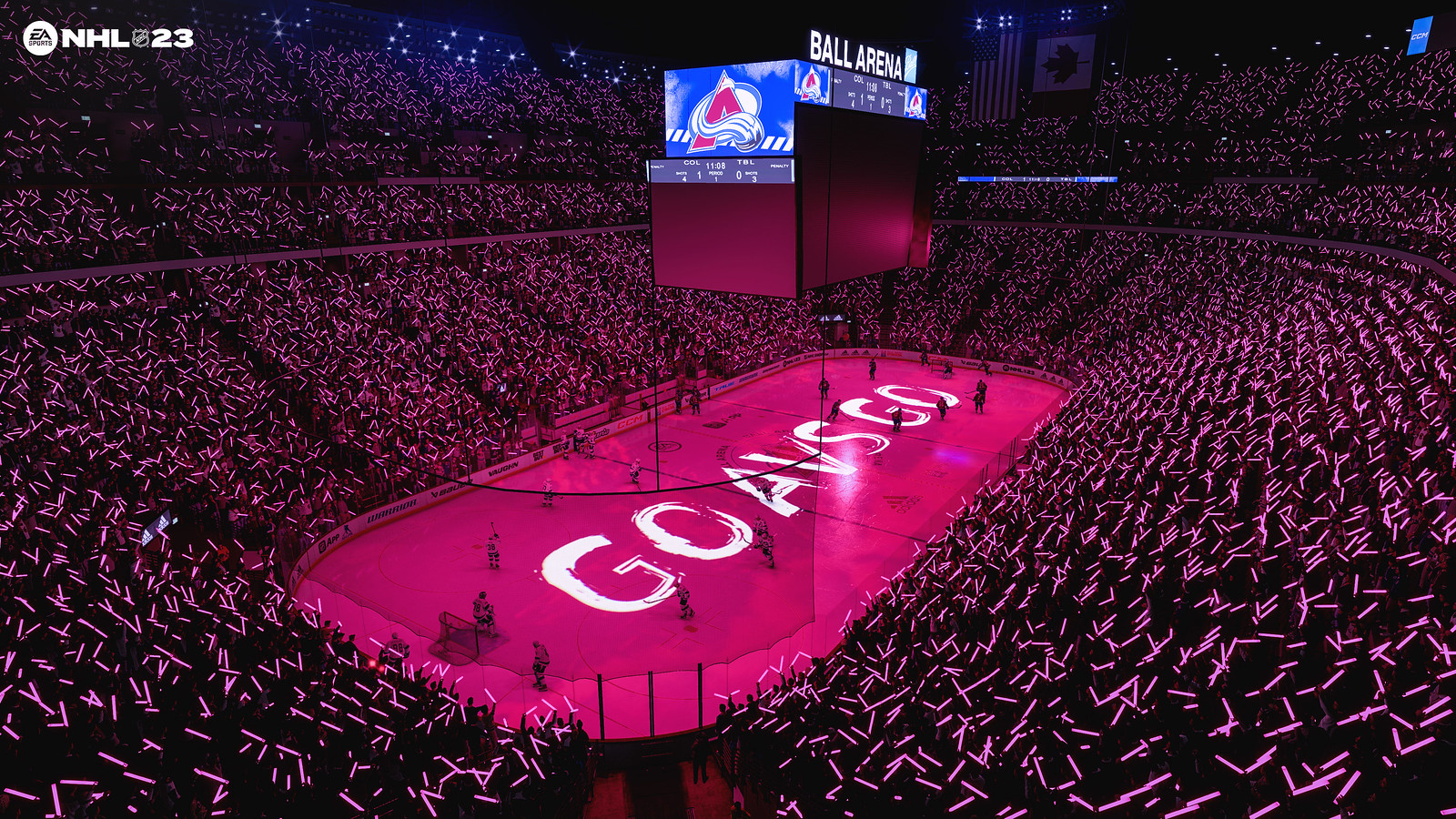 Customize and choose from all-new celebrations for Stanley Cup wins, post-goal light shows, and team animations. Get even closer to the real deal with on-ice projections for national teams, NHL teams, and more. The new Crowd Engagement Score algorithm also heightens the atmosphere with realistic crowds that react to everything happening on the ice.

Pre-order* the NHL 23 X-Factor Edition for PlayStation 4 and PlayStation 5 by September 16 to receive a HUT Team Builder Choice Pack (2 of 32) on top of all other pre-order rewards: