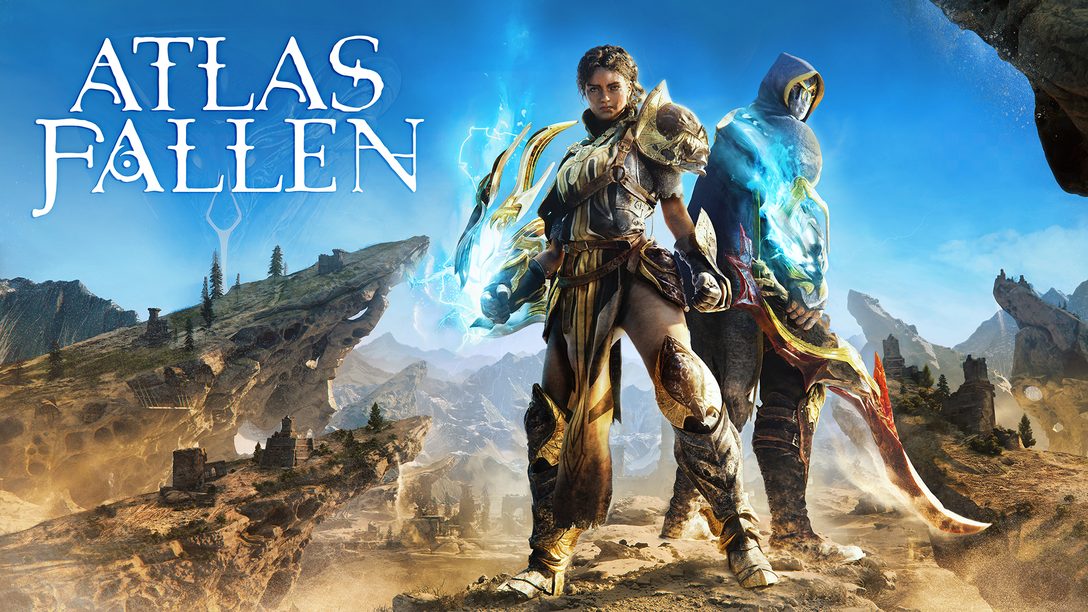 Wield the power of the sands with a new combat system that departs from the studio’s previous productions.

Hi everyone! I’m Jérémy Hartvick, game design director at Deck13, and currently working on the recently announced Atlas Fallen. Atlas Fallen is a heroic-fantasy action-RPG which will take you to a ravaged sand-covered world where ferocious creatures await to drag you into spectacular fights. The combat system departs from our previous productions—that was one of the biggest challenges we took on… and that’s what I’m here to talk to you about! Our team at Deck13 has gathered a lot of experience with close-combat fighting duels, and we wanted to continue in this direction, but with a different angle and completely new mechanics, aiming for even more fast-paced and effects-loaded fights that require skill and timing. We designed the combat to be easy to pick up but also loaded it up with mechanics that are tricky to perform to perfection.

While keeping a visceral feel as well as certain moves which were core to The Surge series, Atlas Fallen’s combat is primarily defined by speed and fluidity. We’ve kept ideas like the body part targeting system and the implant system, using a different approach to best support the accentuated RPG aspect. We pushed everything a step further in the direction of advanced character management and moveset customization, so you’ll get to approach combat in your own way.

Game feel is our main concern when it comes to designing Atlas Fallen. We’ve let strict constraints of realism aside to focus on giving a thrilling, overpowering feeling to the game. One of the chief design elements to achieve this is Sand Gliding, which is how the hero will move across the vast world of Atlas Fallen. It’s key to the game’s high mobility system, and it brings amazing speed and verticality to the spectacular action of combats. Another powerful aspect of Atlas Fallen’s combat system comes from the hero’s gauntlet. Rather than using actual weapons, the magical power of this gauntlet allows the hero to manipulate the sand which covers the world and turn it into a transformable weapon. Thus, there is no need to put a weapon back before taking another out, and changing from one to another during combat becomes a seamless transition.

This leads to epic, combo-driven dynamics, which in turn feed another central element to Atlas Fallen’s combat system: the Momentum bar. It consists of a gauge which gets filled as you multiply combos, progressively powering the gauntlet for increased damage and extra skills. It gives a wonderfully overpowering feeling to your attacks. To sum it up, we’re exploring how far we can take a combat system based on speed, agility and dynamism, and the way that can be combined with an RPG world which offers plenty of exploration. We feel that it’s loads of fun and we’re sure you’ll love slaying extraordinary beasts with the power of the sand!

Atlas Fallen will release on PlayStation 5 in 2023. Wishlist the game now and stay tuned for more news!

Add to your Wishlist today at PlayStation Store