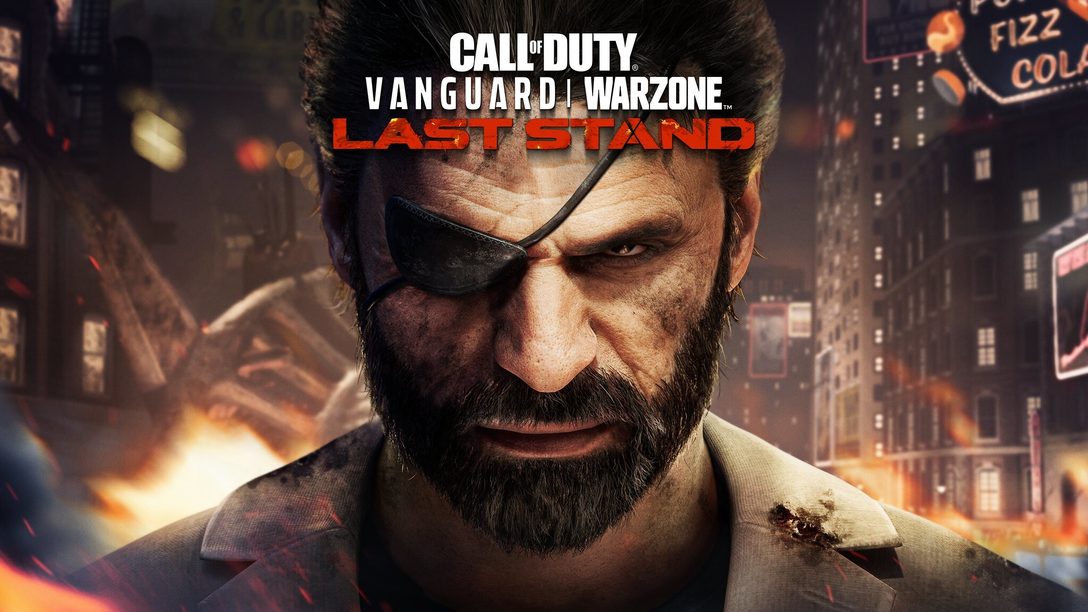 Join a cast of legendary Call of Duty villains, deploy to a post-apocalyptic MP map, defend or sabotage Caldera in Operation: Last Call, and continue the Dark Aether Zombies saga.

Legends never die. Last Stand, the fifth and final season of Call of Duty: Vanguard and Call of Duty: Warzone, gathers Call of Duty’s most infamous villains for an epic finale. In Warzone, Caldera’s Peak rumbles; in Multiplayer, deploy to two new fast-paced maps, Beheaded and Fortress; in Zombies, continue the Dark Aether saga in Vanguard’s round-based finale, “The Archon.”

Last Stand launches on PlayStation on August 24. Read on for the highlights.

A new era of Warzone is upon us, with a major content update along with weather and lighting changes on both Caldera and Rebirth Island. 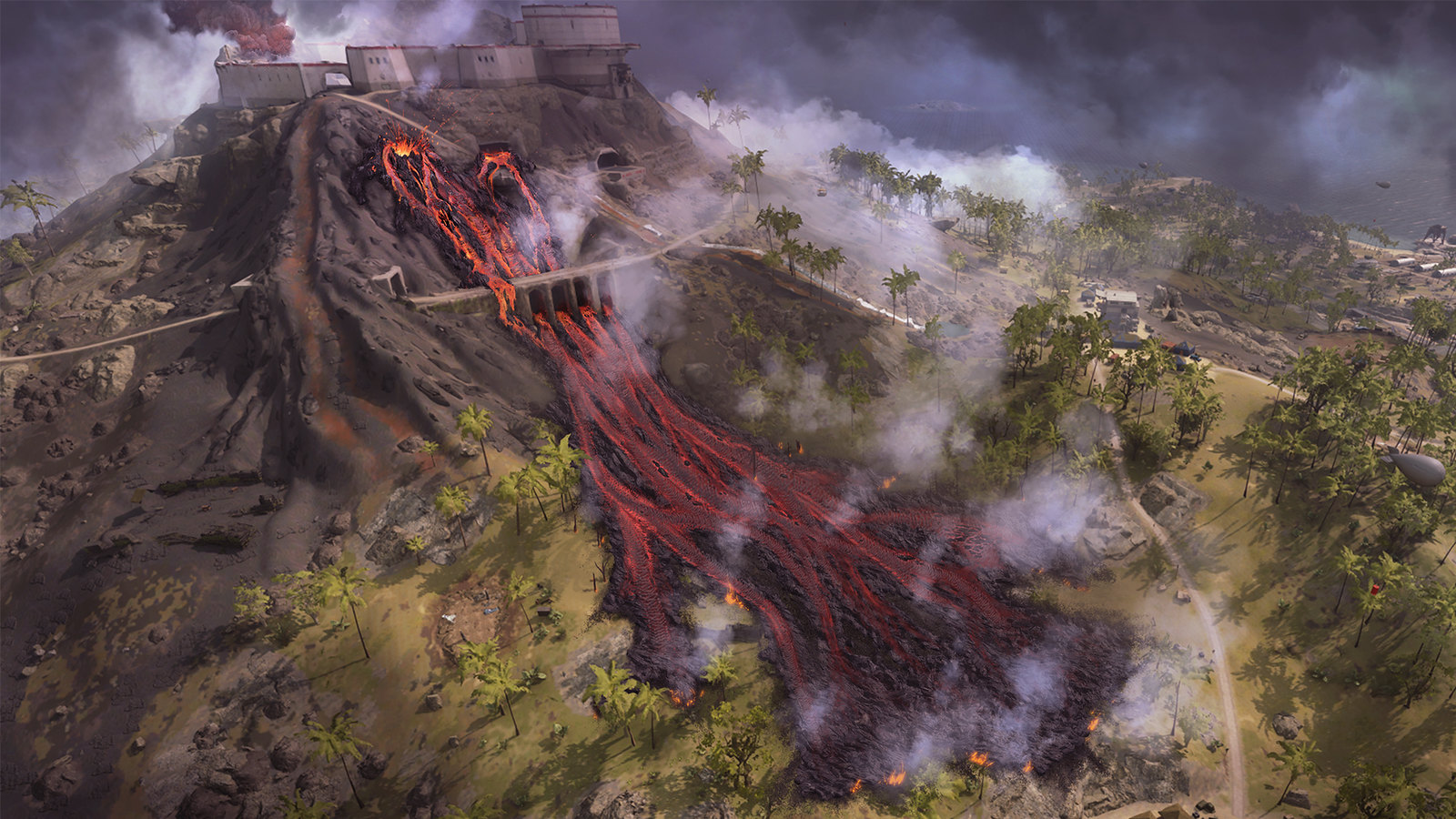 There are reports of heightened volcanic activity at Caldera. Navigate the transformed Peak as lava pours down its slopes in all modes and blasts into the sky during Operation: Last Call.

Fight for redeployment in the new volcanic-themed Gulag. Best your opponent in this map inspired by an old favorite and get another shot at securing victory.

Discover this seismic device found within Caldera’s primary Battle Royale game mode. Trigger the device and defend against the incoming soldiers to get rewarded with powerful items and a unique Watch cosmetic for your Operator.

Track down this extremely rare crate with the assistance of the Supply Box UAV to acquire a massive XP boost and your favorite Loadout weapons in Warzone.

This Field Upgrade allows you to become violently unstable, resulting in a viciously effective boost to your close-quarters fighting. Test subjects were shown to have superior melee damage, increased lunge distance, and enhanced stun power while fighting with melee weapons or fists. However, defensive forces have confirmed that while affected by Rage Serum, an Operator becomes louder, and seems to recoil with more confusion while stunned or flashed.

Wreak havoc or defend the Island in Operation: Last Call

Defend Caldera by defusing bombs around the island or sabotage the island by detonating the explosives at designated bomb sites. Witness two different outcomes, depending on your performance and your intent to cause chaos!

Look above and look out — Lava Rocks are crashing into Caldera, and no one is safe from their volcanic fumes. Stay out of the landing zone to survive in this public event within Operation: Last Call. Check the Volcano Meter for a visual representation of current activity.

Pick your side in Season Five’s Heroes vs. Villains Community Event. Collect Villain or Hero Tokens in all game modes by eliminating opponents and scavenging Supply Boxes; then enjoy a discount for Faction Bundles at the Buy Station. Any time you purchase a Faction Bundle, you’ll get a discount on one other item across all Buy Stations.

The winning team’s unique Weapon Blueprint will be given to everyone following the event, including the chance to earn other exclusive event-related rewards.

Expect more with the midseason update, including Resurgence Supreme on Rebirth Island, where squads of four drop in with the best weapons and with respawning enabled. Earn the best prizes for winning the match with over 15 eliminations. 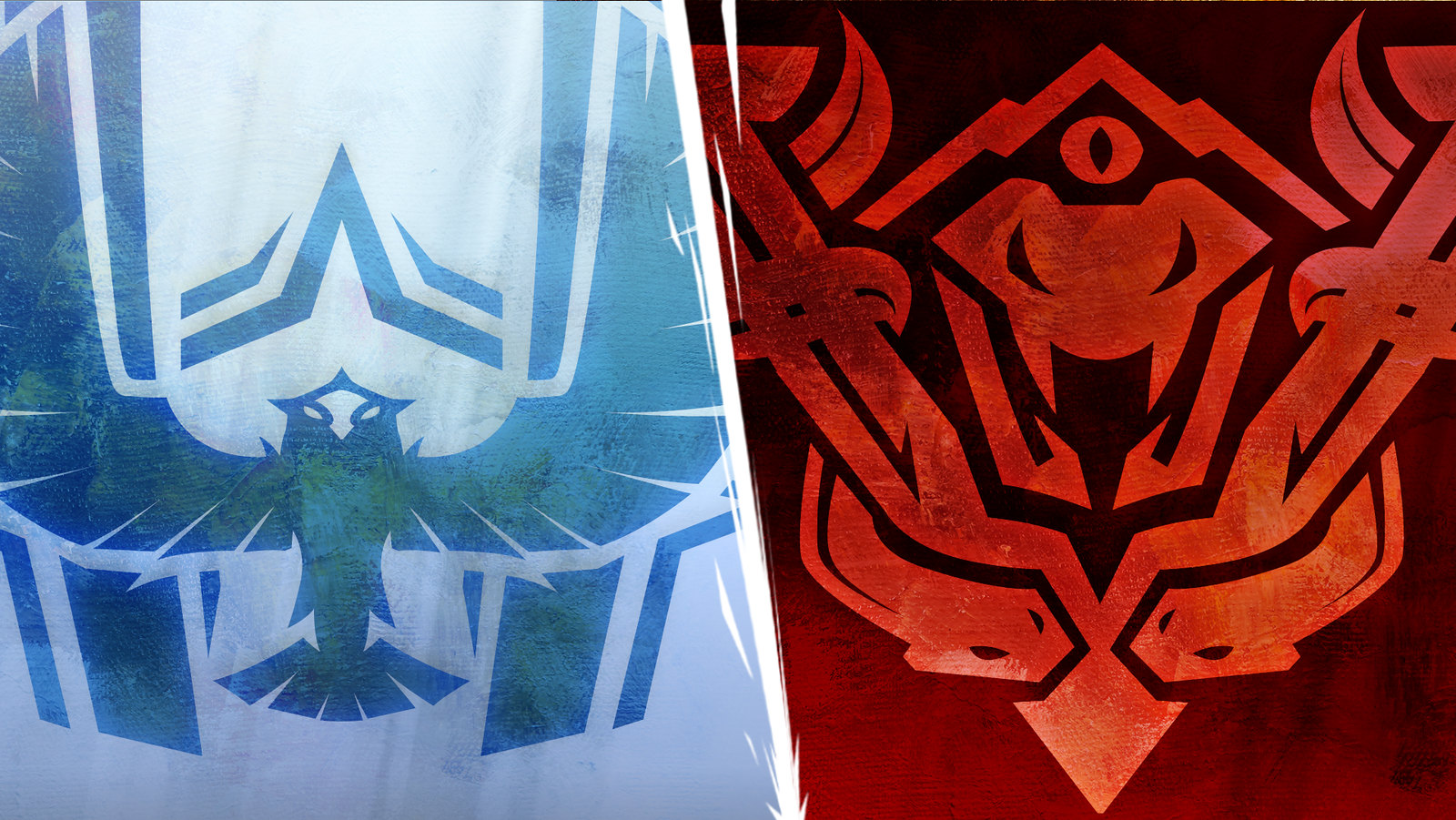 Battle under the neon lights outside famed Big Apple establishments, or take up position in Lady Liberty’s fallen head, race through her arms, and dash through the subway to flank your enemies. 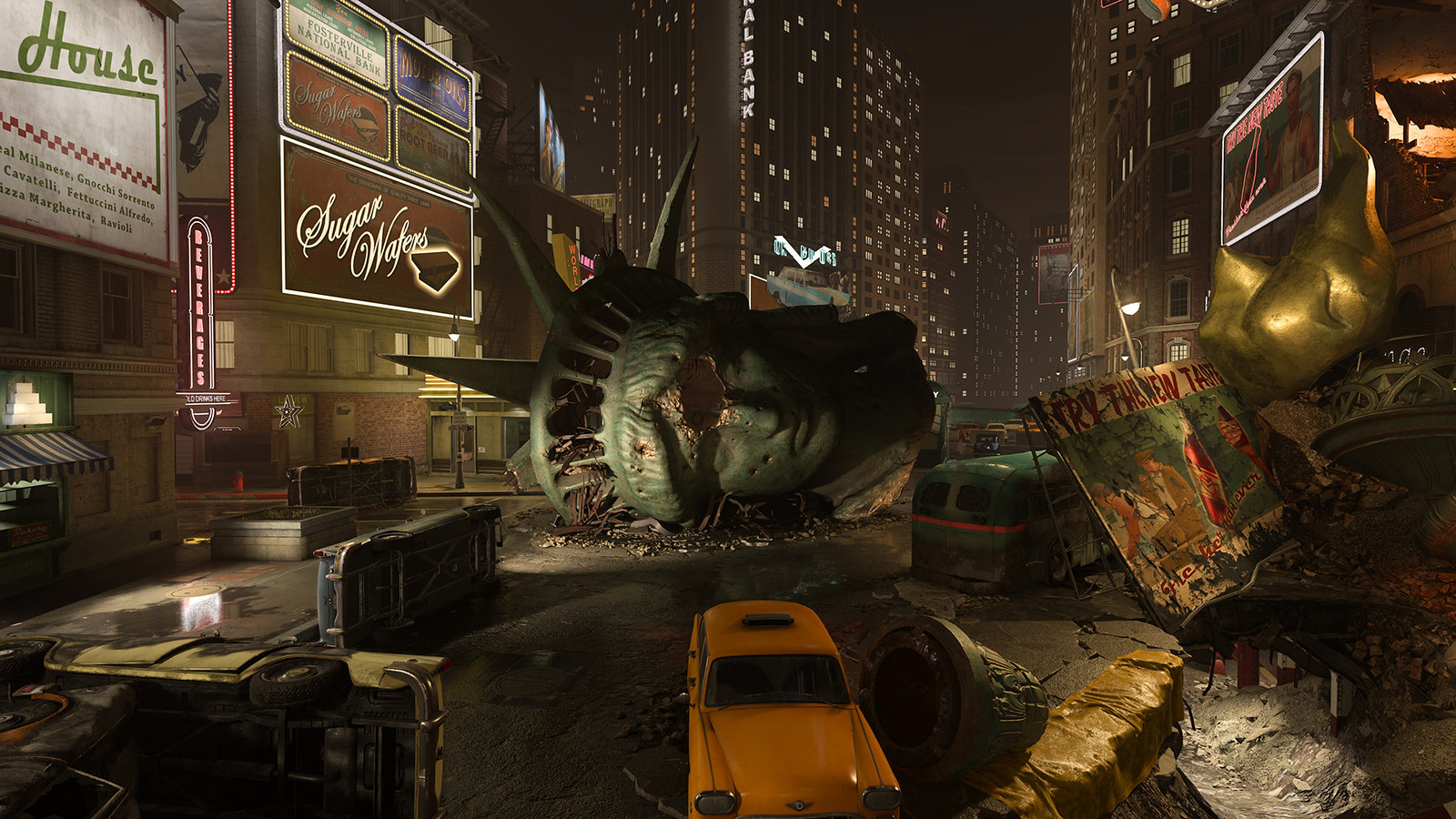 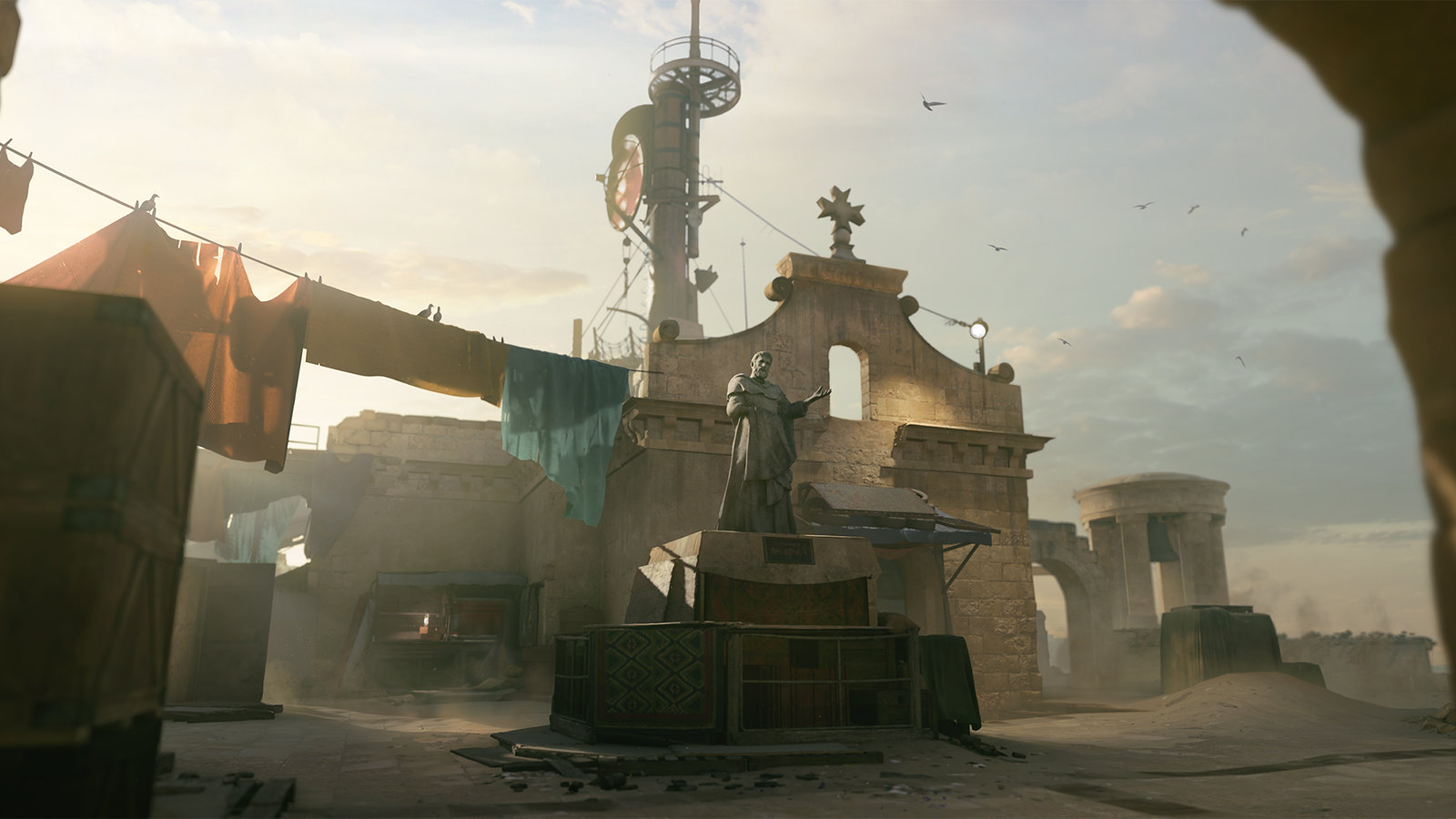 Deploy to the Mediterranean in this medium-sized map featuring close-quarters interiors with rooftop access. Fight in a maritime graveyard, where ship remains litter the desert landscape. The eponymous fortress incorporates an old ship into its own design, creating a varied landscape to be exploited by savvy Operators. 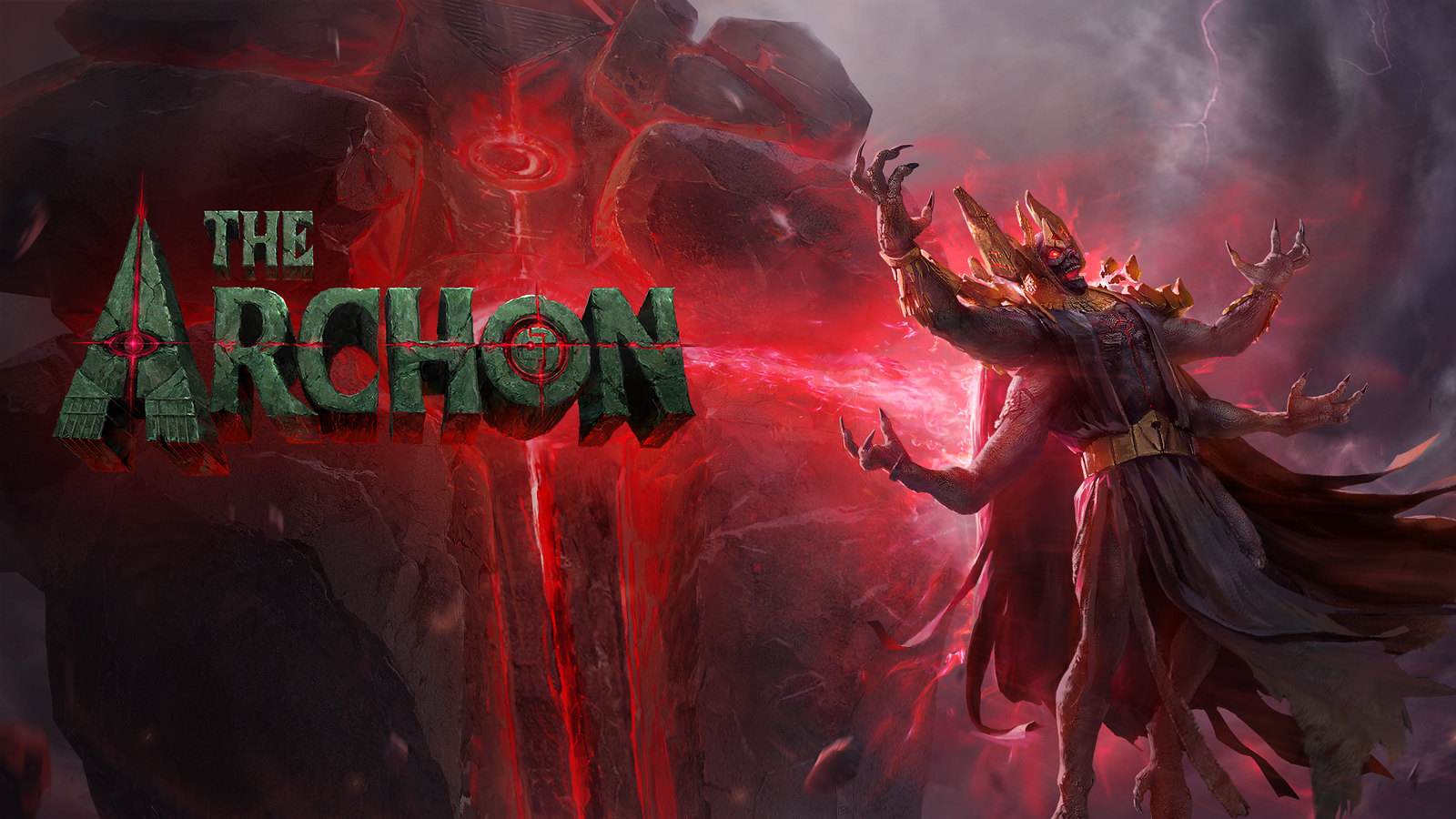 From a cursed desert battlefield to the heart of the Dark Aether: pass the Trials, confront the Construct, and defeat the Archon in the epic conclusion of Vanguard Zombies. Complete new quests and survive the rounds by utilizing the Altar of Covenants, Tome of Rituals, Perk Fountains, and the Pack-a-Punch machine to prepare for a larger-than-life final battle with Kortifex the Deathless.

This prototype Energy Rifle forgoes traditional ballistics in favor of a customizable battery system used to power its attacks. Effective at long range, the weapon requires a cooling off period after depleting its charge capacity. 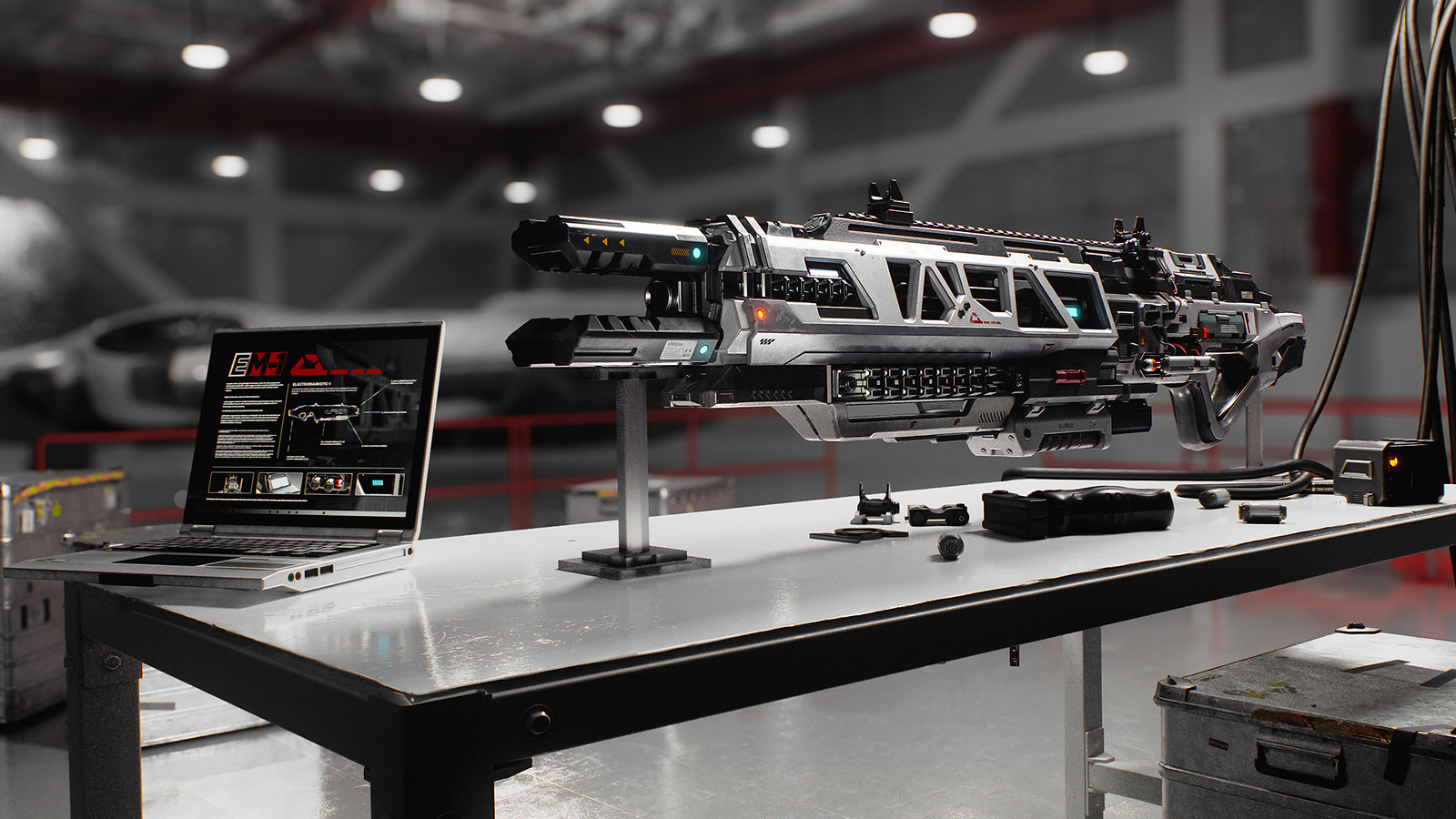 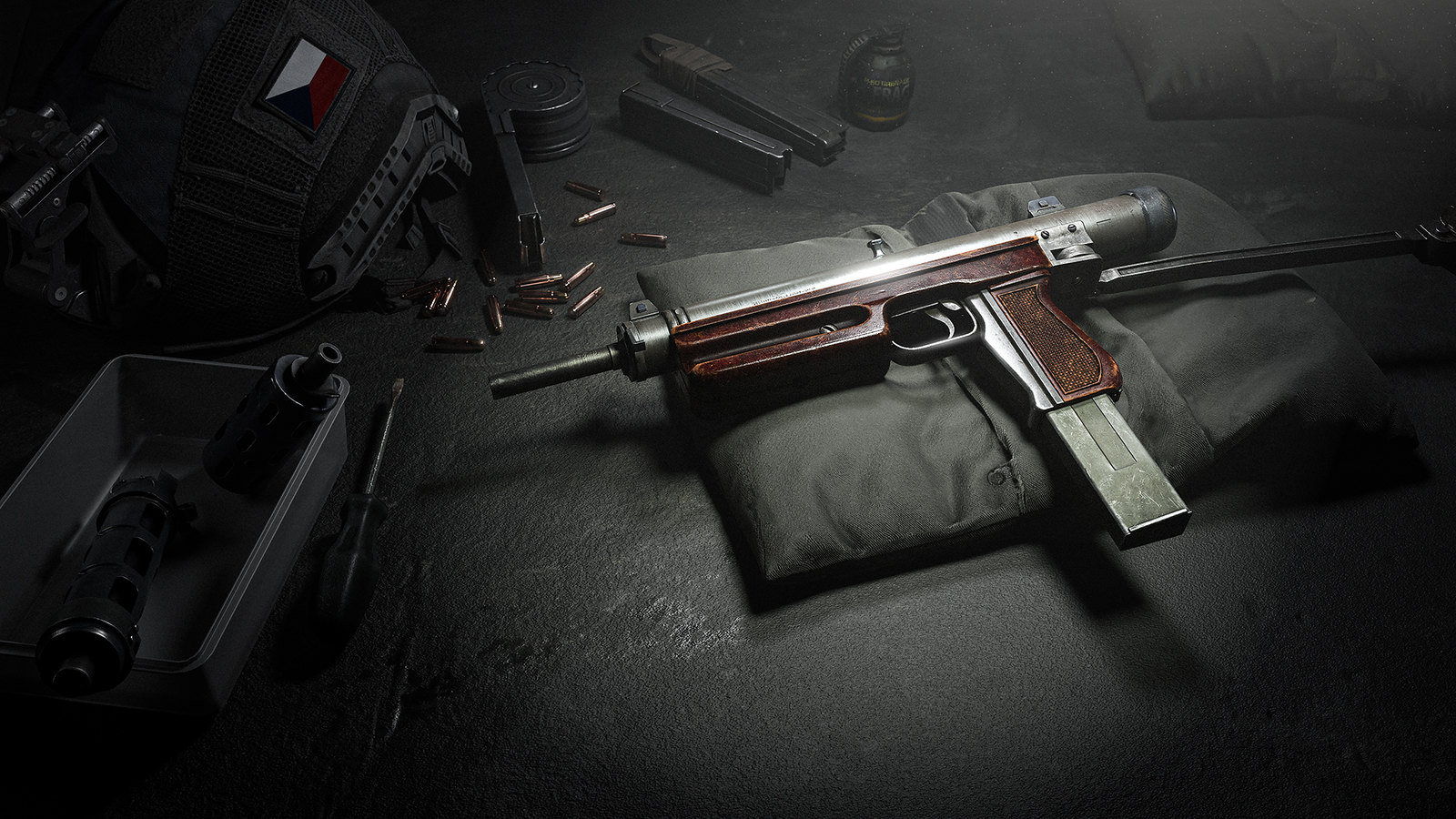 This lightweight SMG boasts a fast fire rate and quick handling, perfect for shredding enemies in close to midrange battles. Through Gunsmith, customize it for greater power, handling, accuracy, or a balance of the three. 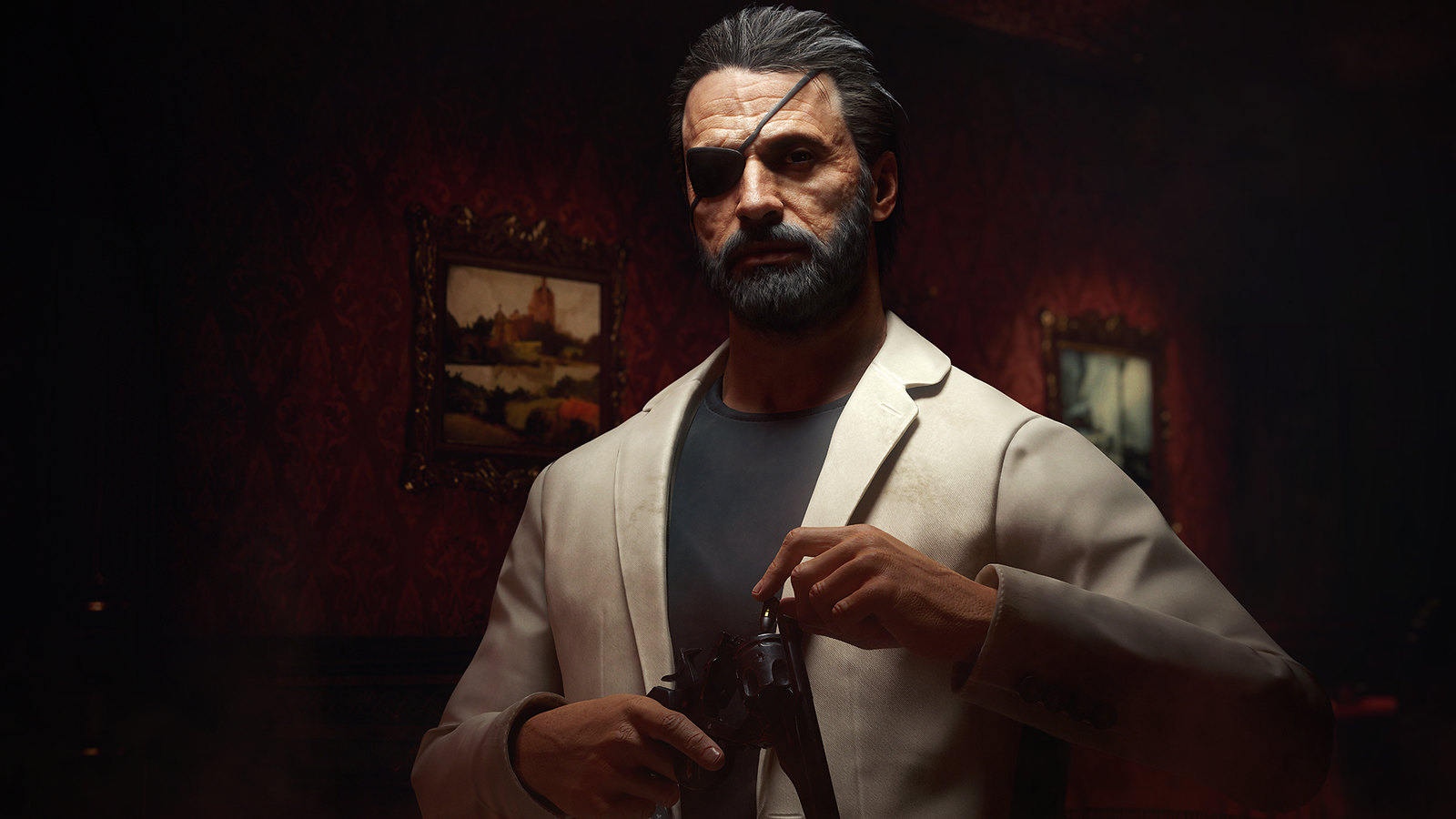 Purchase the Last Stand Battle Pass to get Task Force Tyrants Operator Raul Menendez instantly at Tier 0. Expect more villains to appear in the Store throughout the season, including Khaled Al-Asad, Gabriel T. Rorke, and He “Seraph” Zhen-Zhen. 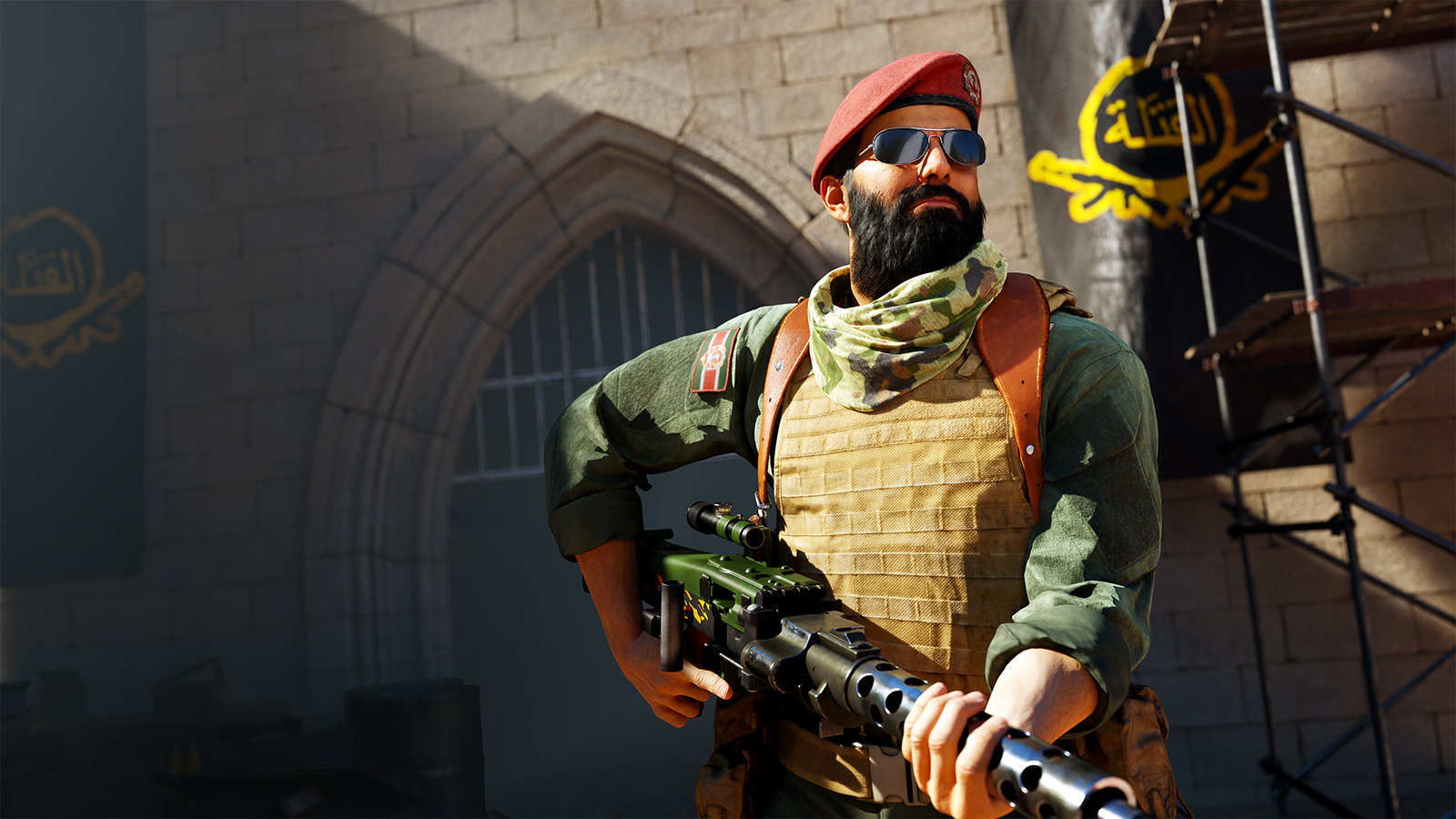 Earn three more weapons — the Valois Revolver, BP50, and Lienna 57 — by completing their in-game challenges or by purchasing their corresponding Store Bundles later in the season. 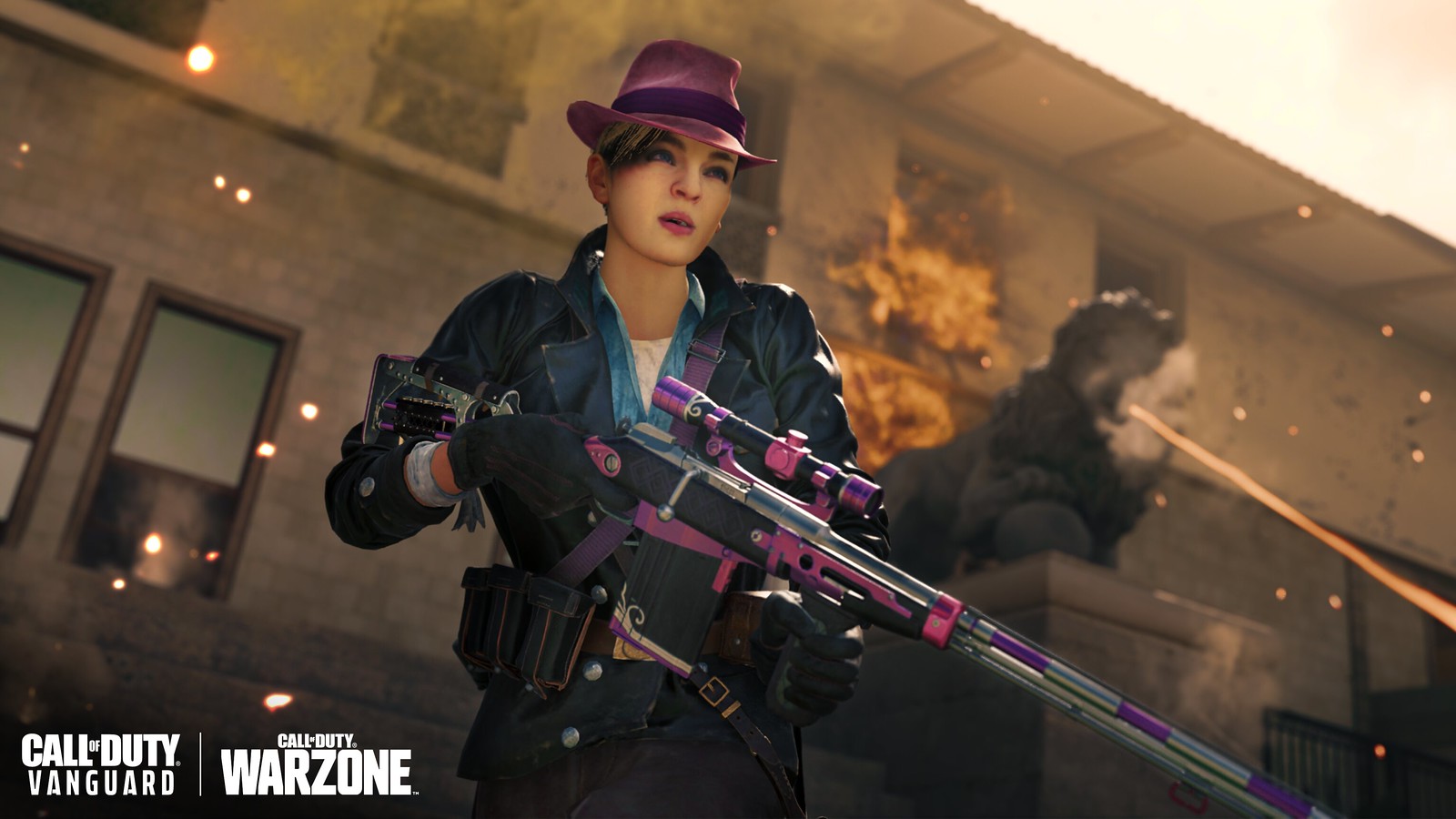 Get the PlayStation Exclusive Combat Pack

Gear up with the Last Stand Combat Pack, free for PlayStation®Plus members in Call of Duty: Vanguard and Warzone. 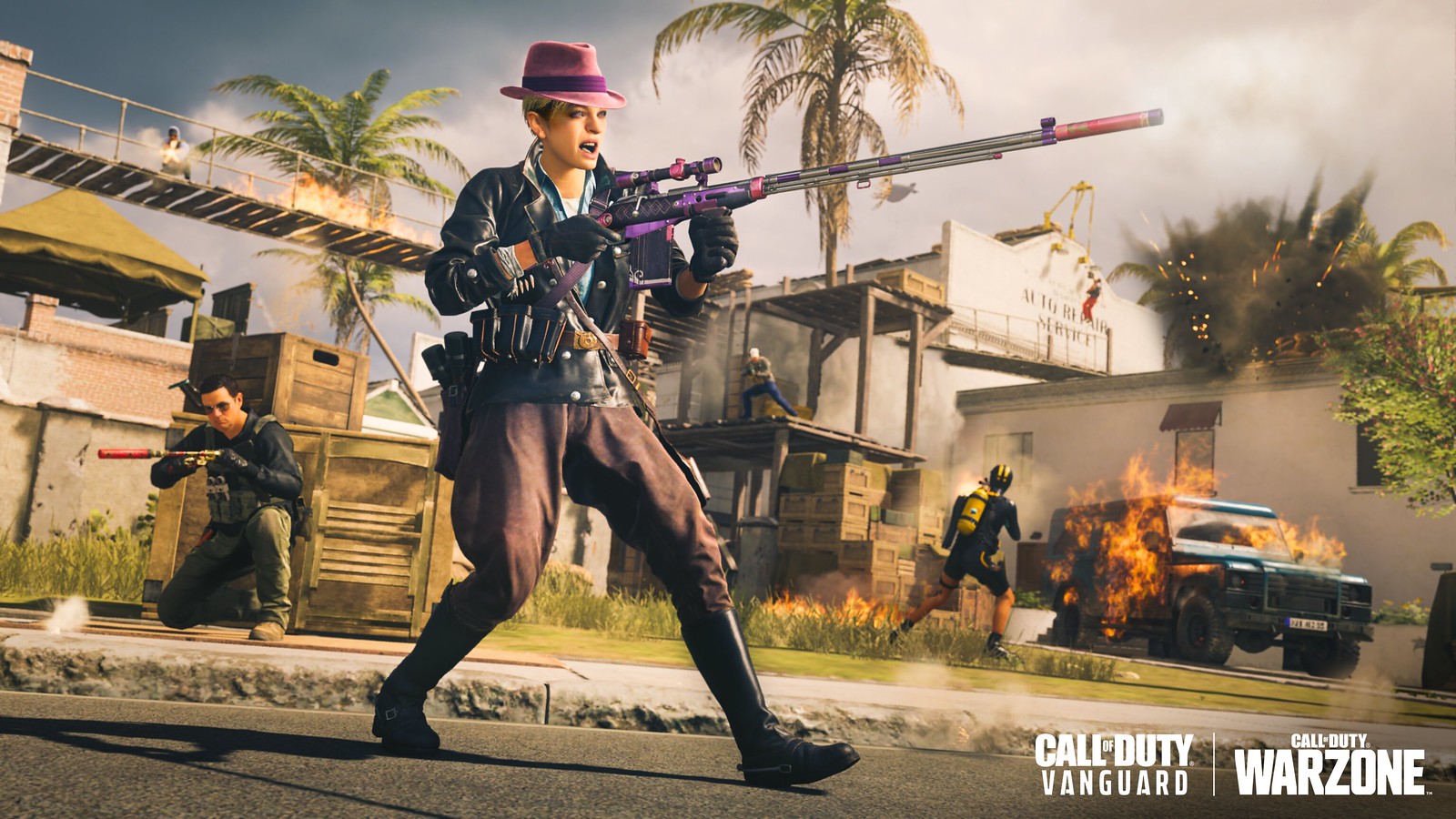 Be a hero… or become a villain in Vanguard’s final season. Enjoy major updates across Warzone, Multiplayer, and Zombies when Last Stand arrives on PlayStation on August 24.

Rise on every front.

The intense WWII experience is available at PS Store