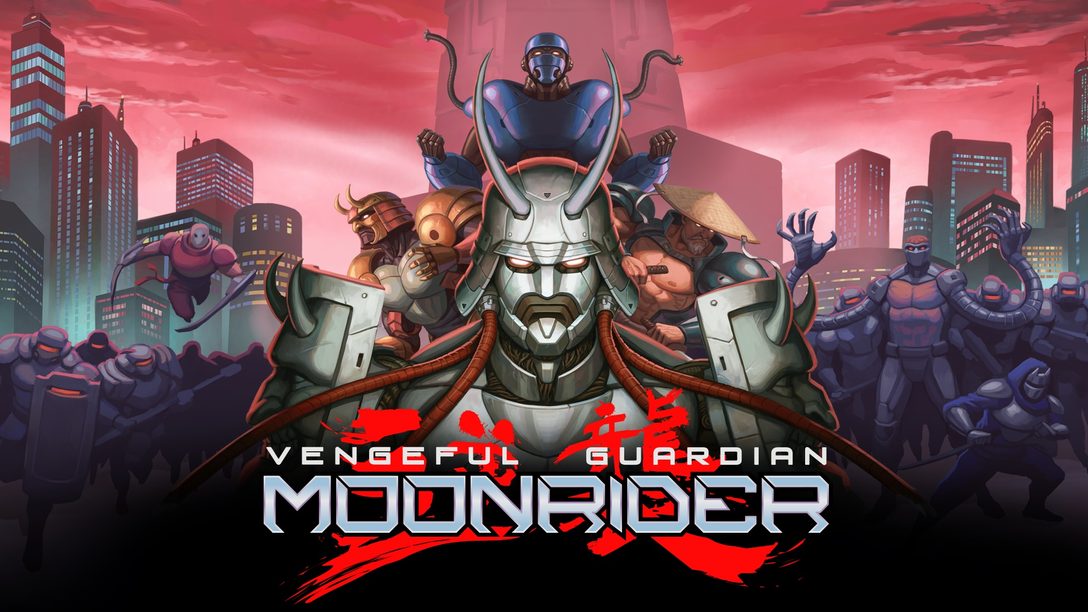 Hi everybody, I’m Danilo from JoyMasher and I’m super excited to tell you more about Vengeful Guardian Moonrider, our next big game! And believe me, it’s quite a ride.

After tackling the run ‘n’ gun genre with our previous game Blazing Chrome (inspired by timeless classics like Contra), I wanted with Vengeful Guardian Moonrider to keep the retro goodness of ‘90s action-platformers while updating the experience in fun new ways.

For that, I dug deep into the territory of 16-bit games and even some early CD games, and tried to craft an authentic experience, just as if you just found in your basement an unreleased MegaDrive/Genesis game. For that, I for example used redbook style audio and even recorded speech in order to give Vengeful Guardian Moonrider an authentic feel of this era. But games were not our only inspiration for Vengeful Guardian Moonrider and I also tried to mix many different cultural influences I had during my childhood, playing amazing Japanese action games, watching dark anime and reading speculative and questionable pulp science-fiction novels. Genocyber, Cybernetic Guardians, Kamen Rider Black, and Hakaider were all rewatched to help chisel the type of universe in which Vengeful Guardian Moonrider takes place. Rewatching all those amazing shows was of course very serious work and not at all an excuse to spend some great quality time, hehe…

All the character designs in Vengeful Guardian Moonrider, and general art direction of the game, were heavily inspired by Japanese artist Keita Amemiya, the designer behind lots of video games, anime, and tokusatsu from that era. I also took a lot of inspiration from H.R. Giger, the artist behind the otherworldly visuals of the Alien series.

Most of the enemies have lots of biomechanical parts and have a very creepy feeling to them. The boss rooms’ backgrounds also have their share of body horror and organic elements, giving another good layer of that creepy feeling I was looking for while keeping a very cool look to them! I was also very much influenced by yokais (japanese demons) and their depiction in traditional Japanese art. As you must have guessed by now, references are very important to me and a great source of inspiration, and I think they were mandatory to get me to the proper mindset for creating a horrific sci-fi atmosphere you would like to explore. Everything in Vengeful Guardian Moonrider is harsh, dark, and moody, but not without reason. The story is also a dark tale about an alternate reality where an oppressive state uses its weapons – the guardians – to subdue other nations and its own people. Moonrider is a guardian that, after an incident, decides to fight for its people and destroy the evil regime. 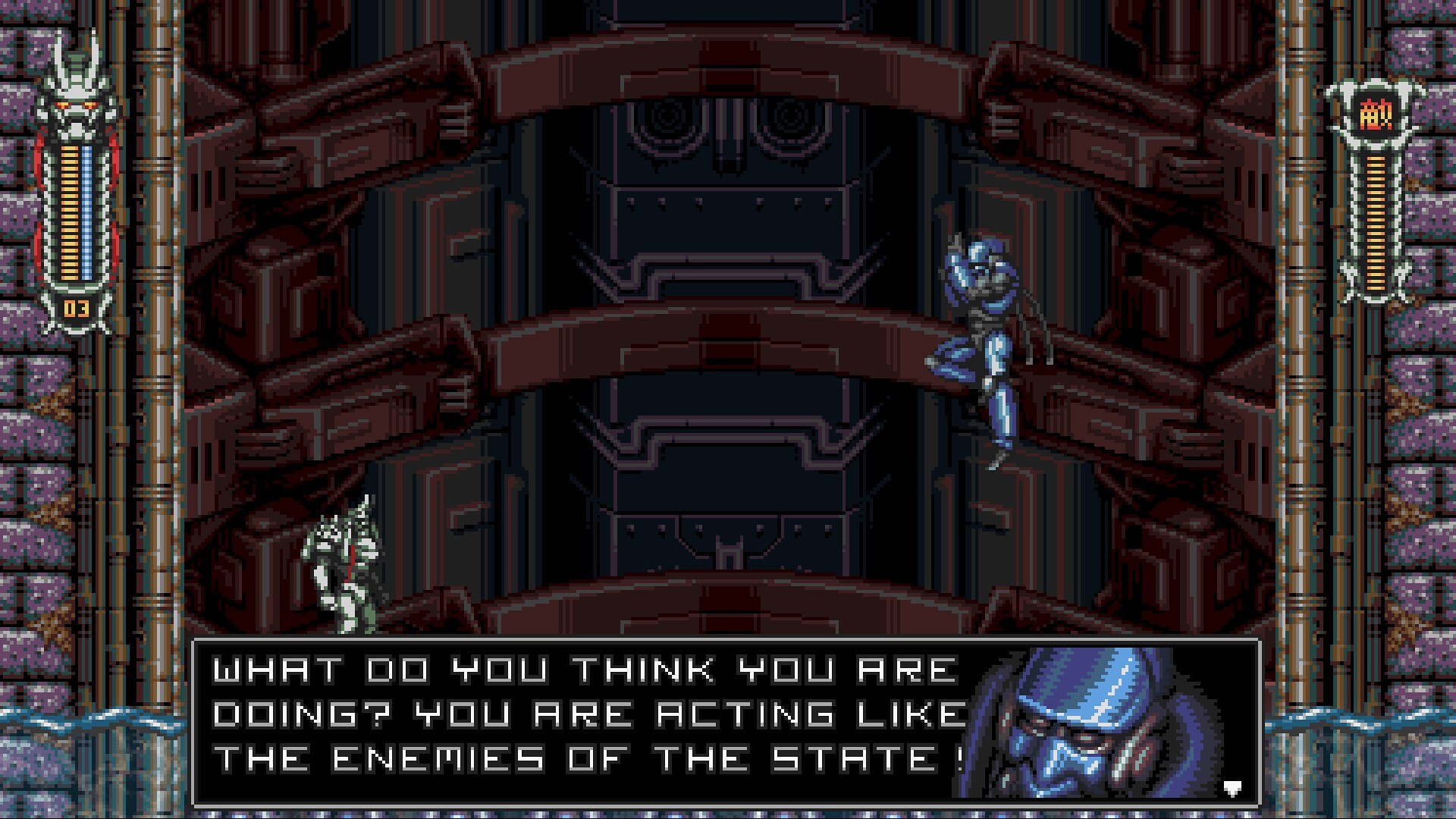 We know that there are lots of action-adventure indie games around, however, we’re trying really hard to create something special, something that replicates the feeling of the action-adventure games of the 90s while bringing a new edge to it. The atmosphere is of course a great tool for that, but the gameplay is also fundamental.

Vengeful Guardian Moonrider is an old-school action platformer, but we tried to make a mix of fast arcade style with a little bit of item hunting and exploration with the Chip System, giving you new abilities and powers during your playthrough. For instance, there are power chips that can grant you double jump, weapon range extension, HP regeneration, and lots of other useful abilities, allowing you to really choose and to play the way you want to.