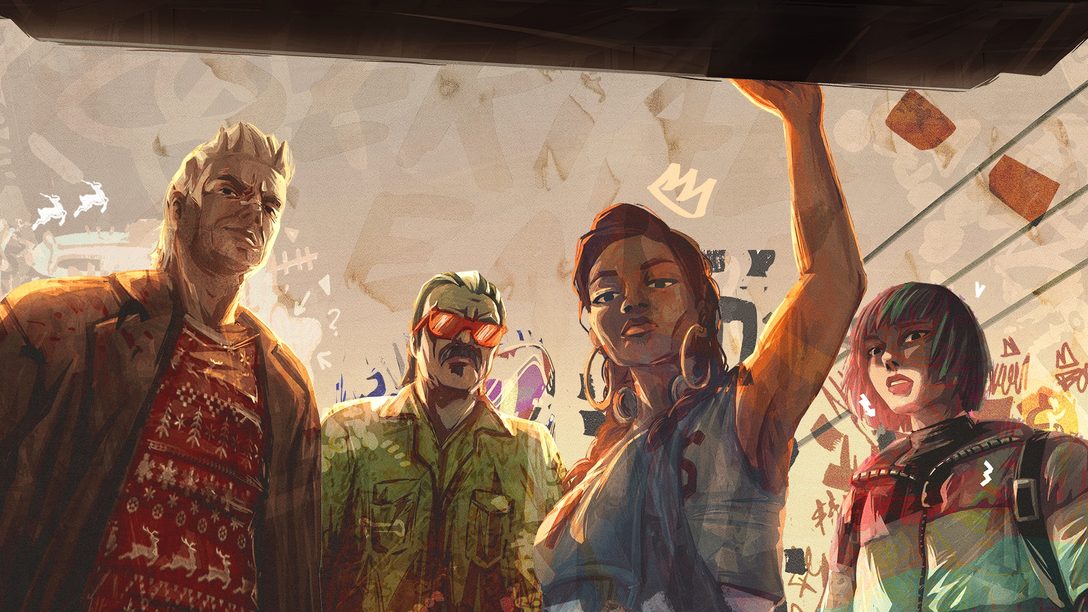 Zip up your windbreaker and hop on your station wagon - it’s time to cover up crimes to the rhythm of the many music genres of the 1990s, out September 22.

The story of Serial Cleaners begins on New Year’s Eve 1999. Bob and his fellow cleaners, Psycho, Lati, and Vip3r, meet at the back of a funeral home to reminisce about the past. It’s a nostalgic trip to the early 1990s at first, but as recollections continue, strange inaccuracies continue to pile up, exposing long-held truths they have been keeping from each other.

Each character has their own story to tell. Your choices throughout the night will slowly alter how they tell that story and ultimately decide how their shared story ends.

While keeping its narrative legacy intact, in Serial Cleaners we greatly expand on the ideas of the original game, Serial Cleaner. Instead of presenting the player with simple puzzle-like stages, we decided to present them with a set of tools and abilities to choose from – and improvise. Let your imagination run wild, and you will surely find your own way to cover those pesky crimes!

Whether you want to sneak or sprint through the level, drag the evidence around, or cut it to pieces, we have you covered. The game becomes much more open-ended with a wide range of contextual interactions and more involved law enforcement. While the overall complexity increases, the heart of our original game – wiping the scene clean – is still there and feels better than ever.

Four different cleaners means four unique perspectives. While Bob relies on his good ol’ tricks of the trade, adjusted and enhanced with the new environment in mind, we bring to the game three new and distinct playstyles. There is Psycho’s brute force, Lati’s agility and awareness, and Vip3r’s cutting-edge tech skills. Each mission is tied to one of the cleaners and unfolds a piece of their turbulent story over the decade.

Choosing the ‘90s as our timeframe opened a door into a unique zeitgeist for us. The eccentric Basquiat-esque street art mixed with our fresh spin on cult crime thrillers, Tarantino classics, and B-movie action films allowed us to portray the ‘90s as the decade as it was back then – full of brightly colored optimism… and the grime underneath it all.

It’s only natural that all of this should come with a proper soundtrack. There is this crude ‘90s punk nonconformity, the sound of many genres that defined the end of the last century – from East Coast hip-hop, to industrial metal, and a sea of electronic music. From Beastie Boys and Wu-Tang Clan, through Orbital and Prodigy, finishing with Nine Inch Nails and Ministry. Each of the cleaners represents a part of that musical tapestry, which makes their respective music scores uniquely theirs.

Such an eclectic aesthetic required someone with a deep-tissue level of understanding of what made the sound of the 1990s what it was. That is why we teamed up with the amazing Joshua Eustis (Telefon Tel Aviv, Nine Inch Nails, Puscifer, and others).

What made Joshua’s work really magical was his idea not just to riff on existing well-known tracks, but to try and recreate the ecosystem of musical styles rooted in the subcultures of the 1990s. Styles that were all related and influenced each other in exceptional ways, resulting in a varied, distinct, yet unmistakable aesthetic of the decade – one Josh was uniquely qualified to reproduce since, well, he lived it.

Serial Cleaners is a bizarre crime story with a cheeky twist on a wise-guy fantasy. When cleaning up after NYC wrongdoers, you get a glimpse of the sins ingrained in the city’s tissue. But what does it matter? You are a professional, one of the best of the trade. You’re here to solve problems. No matter the case, no matter the cost.