Prepare for Rollerdrome with dev combat tips, out August 16 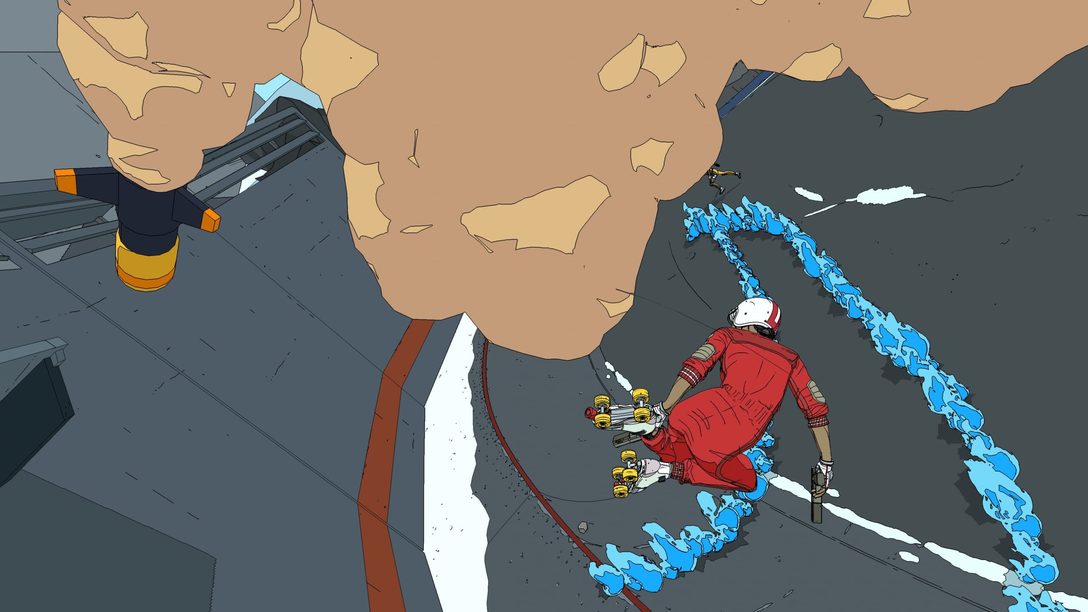 Rollerdrome is a fast-paced bloodsport which will have you balancing gnarly skate tricks with high-powered firefights against the deadly House Players. To help you achieve maximum impact when you enter the Arena on August 16, I spoke to some of the devs who helped build the game and got the lowdown on the combat system.

There are four types of weapons in Rollerdrome, which you’ll unlock throughout the game:

Combos are achieved by eliminating enemies in quick succession. Swapping back and forth between weapons allows you to capitalize on the benefits of multiple weapons while maintaining a combo. Try blowing the doors off a Mecha Brut with a well-placed grenade before closing in and finishing it off with the shotgun. You can also shoot your own grenade with the pistols, ensuring it detonates near a specific enemy. You can even use the detonation to change direction mid-air, though you will also take damage – so use this technique sparingly! Use Slug Shots to stun-lock enemies, and then finish them up with a quick barrage from the pistols before they have time to teleport away or shield up.

And remember: it’s not just your own weapons at your disposal. A savvy player will be able to press enemies into using their attacks against each other (or even themselves).

One of the key mechanics you’ll need to utilize in Rollerdrome is Reflex Time. You can access Reflex Time by pressing L2 – but use this carefully, as Reflex Time only lasts for a few moments before needing to recharge. In Reflex Time, you’ll experience a brief moment of slo-mo gameplay, which is a great opportunity to use the rapid-fire pistols and stun-lock your enemies.

In Super Reflex Time (which you can access by perfect dodging just before you enter Reflex Time), you get a noticeable power boost – this is a great time to use pistols at short range, or the Z-11 for further away foes. While most of the time you’ll access Super Reflex Time by dodging enemy attacks, you can also trigger it by dodging through your own grenade launcher’s explosions – enabling you to activate it on your own terms, without waiting for the enemies to attack.

Out of ammo? It’s time to do some tricks. In Rollerdrome, ammo is acquired by performing skate tricks, so you’ll need to focus on that as well as on taking out your enemies. The best bang for your buck comes from mixing up and chaining together tricks – you can do this by stringing tricks together with wallrides, grinds, and grabs. Try using Reflex Time while in the air mid-trick to get a good scope on an enemy and take them out in style. Using a variety of tricks, rather than just the same ones over and over, is key to getting maximum ammo, so brush up on a bunch of different styles and make use of them wherever you can. If balancing keeping your combo up and taking out enemies at the same time is proving tricky, you can also grab the floating yellow Combo Tokens to keep your combo going while you pull off a few quick tricks for a bit more ammo. Then it’s time to eliminate your enemies and emerge victorious.

Rollerdrome is available August 16 on PS4 and PS5.

Prepare to lace up for success at PS Store