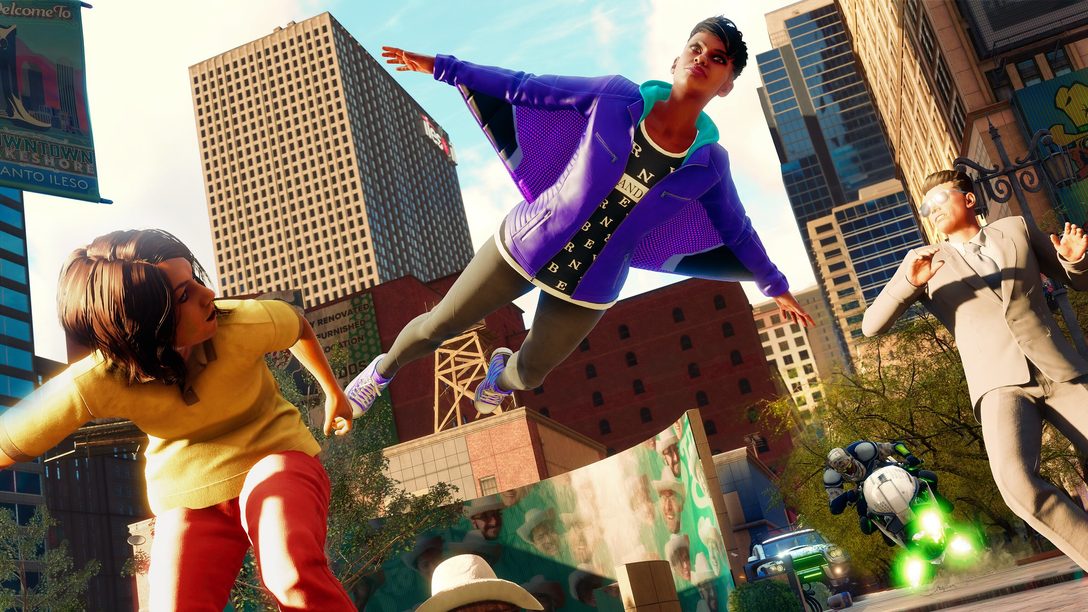 From wingsuit infiltration to pranking your partner, here are co-op highlights for Saints Row.

Saints Row is a game full of over-the-top moments in a wild criminal sandbox. Co-op is a big part of how we amp up that experience for players and allow them to experiment with all the different ways you can create chaos in the city of Santo Ileso. Here are my top 5 moments in Saints Row co-op:

Over-the-top firefights with a buddy

Saints Row is a game that provides players with a wide range of weapons and abilities for them to explore. There is no better time to experiment with the wilder side of Saints Row than when playing with a friend.  Lay down suppressive fire with an assault rifle while your friend tosses the Thrustbuster to a few unsuspecting enemies and sends them flying.

Customization has long been a part of Saints Row and one of the reasons is the experience in co-op. There is nothing quite like seeing your buddy’s absurd creation show up in the middle of a serious conversation with an NPC. If you’re like me, you immediately try and one-up them by creating something even more outlandish.

Crashing a party at a mansion in a wingsuit

There is a moment during the campaign where after saving one of the friends from capture, you and your co-op buddy crash a party via wingsuit. It’s a moment that has you both soaring over the skyline of Santo Ileso and dropping in on a chaotic rave happening at a mansion in the hills.

In Saints Row, we’ve added a new feature that allows players to prank each other while playing. Once you’ve build up your prank meter by completing challenges, you can cash it in and turn your opposing playing into mailboxes, toilets, trashcans and the like. We went ahead and fully rigged these new forms so you can see these new characters in the game and cutscenes.

You can go farther with a friend

Co-op allows players to split up roles while taking on game situations.  One example is when attempting to steal an armored truck with a long magnet tethered to a helicopter. It’s tough to line up the tether on the truck while being descended upon by enemies – that’s where one player can help tank those enemies for you and give you a better shot at finishing the activity. As the challenge ramps up in game, sometimes it can be easier to call in a friend for some help.

There’s way more to show you when the game launches on August 23. We can’t wait for you and your friends to play the biggest and best Saints Row ever!

Learn more about the outrageous open-world action at PS Store