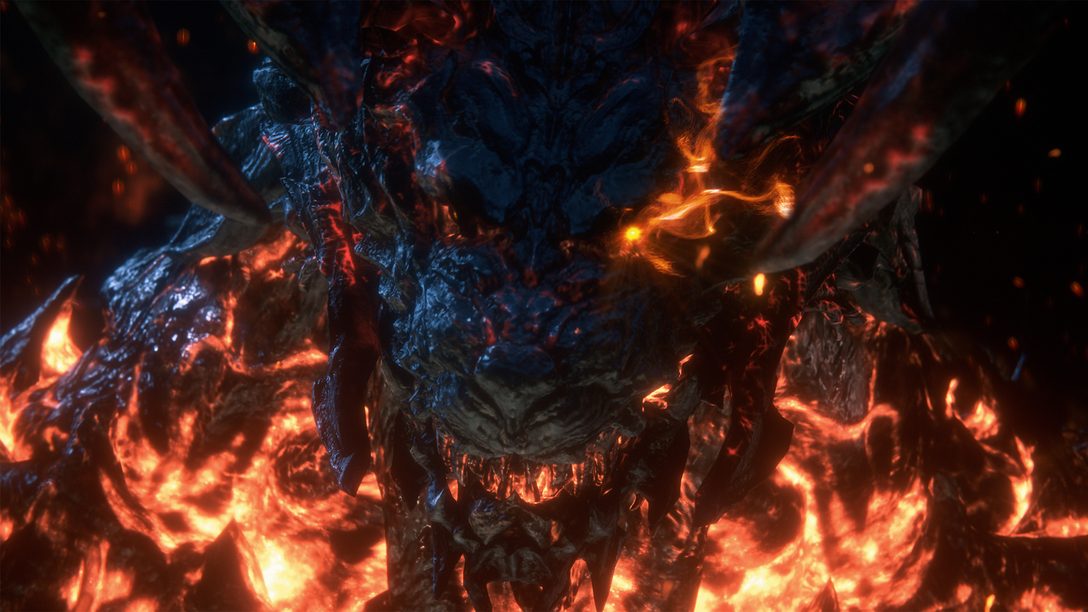 “Dominance” is the latest trailer for Final Fantasy XVI.

I know how long you have been waiting for this, so it gives me great pleasure to announce the release of our latest trailer “Dominance.”

In previous interviews and updates, we didn’t delve too deep into details about the game system, but hopefully with this preview, you all were able to get a better picture of what actual gameplay will entail—namely, high-octane battles featuring our protagonist Clive Rosfield wielding a full arsenal of attacks unique to the game’s many Eikons (summons). Not to mention epic clashes between the Eikons themselves that put you right in the action.

The team, under direction of Hiroshi Takai, has entered the final leg of development and is focusing on polish as they continue their march toward master up and launch. I, for one, would like to personally thank them for all the hard work they’ve put into the project.

With the power of the PlayStation 5 behind us, we’re looking to take you on a seamless, story-driven, white-knuckle ride that will rival even the most thrilling roller-coaster. So buckle up, the wait is almost over!

First, allow me to apologize for making everyone wait so long for new information on Final Fantasy XVI…but the good news is it’s finally here!

In our latest trailer, we’ve introduced several new Eikons, as well as provided a more detailed peek at our action-packed battle system and the freedom it gives players. As for development progress, I’m happy to announce that the game is fully playable from start to finish; though, from optimization to brush-up, there is still a mountain of challenges to tackle as we head into our final push.

Until then, please stay tuned. We’ll do our best to not keep you waiting too long before our next update!

Introduction of the Dominants of Titan and Garuda

We here on the Final Fantasy XVI team hope you enjoyed the trailer and we wanted to give our fans a little bit more information about the Dominants of Titan and Garuda that you just saw.

Permanent Economic Adviser Hugo Kupka’s meteoric rise to prominence was sudden, if not unexpected. Once a nameless foot soldier in the Republican Army, his awakening as Dominant of the Eikon Titan thrust him to the forefront of Dhalmekian politics. It was here he used his newfound position as the most powerful man in the republic to exert influence over both the nation’s armies and its policy making—amassing a personal fortune in the process. Yet while it is said that a man who has everything wants for nothing, Benedikta Harman will teach him money and power are far from all the world has to offer.

Having emerged from the storm of youth coldhearted and ruthless, Benedikta Harman—Dominant of the Eikon Garuda, Warden of the Wind—turned her talent for swordplay and subterfuge into a command of Waloed’s elite intelligencers. It is on a mission to find the elusive second Eikon of Fire that she crosses paths with a like-minded Clive and is forced to face her past.

Speaking of the team, we would now like to introduce some of the key development team members behind Final Fantasy XVI. There are some veteran members you may already know of and some we are announcing for the first time, but they all share the same passion and excitement for the next standalone entry in the Final Fantasy series.

Valisthea— the setting for the protagonist Clive Rosfield’s arduous story. We would like to present a selection of screenshots to leave you with a glimpse into this realm.

The development team is currently in the process of further improving the game experience and quality, as well as optimizing the game for PlayStation 5. We hope you continue to stay tuned for more information as it becomes available!