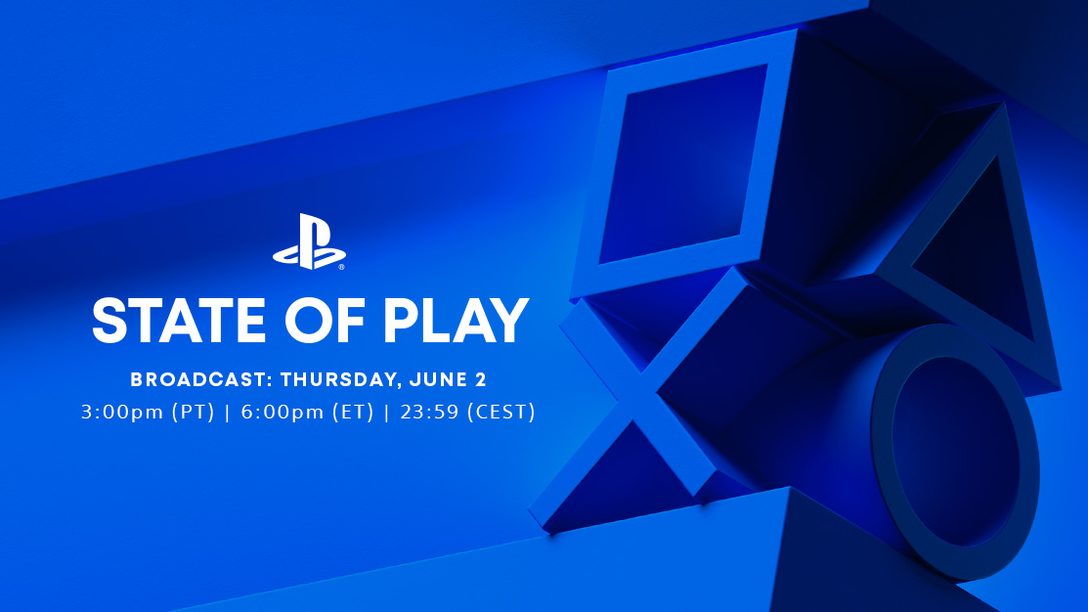 It’s been more than two months since our last State of Play – who’s ready for a new one? Tune in live next Thursday, June 2 for nearly 30 minutes of announcements and updates from the world of PlayStation.

We’ll have some exciting reveals from our third-party partners, plus a sneak peek at several games in development for PlayStation VR2. Watch over at Twitch or on YouTube starting 3pm Pacific / 6pm Eastern / 12:00am CET.

See you next week!

Regarding Co-streaming and Video-On-Demand (VOD)

Please note that this broadcast may include copyrighted content (e.g. licensed music) that PlayStation does not control. We welcome and celebrate our amazing co-streamers and creators, but licensing agreements outside our control could interfere with co-streams or VOD archives of this broadcast. If you’re planning to save this broadcast as a VOD to create recap videos, or to repost clips or segments from the show, we advise omitting any copyrighted music.