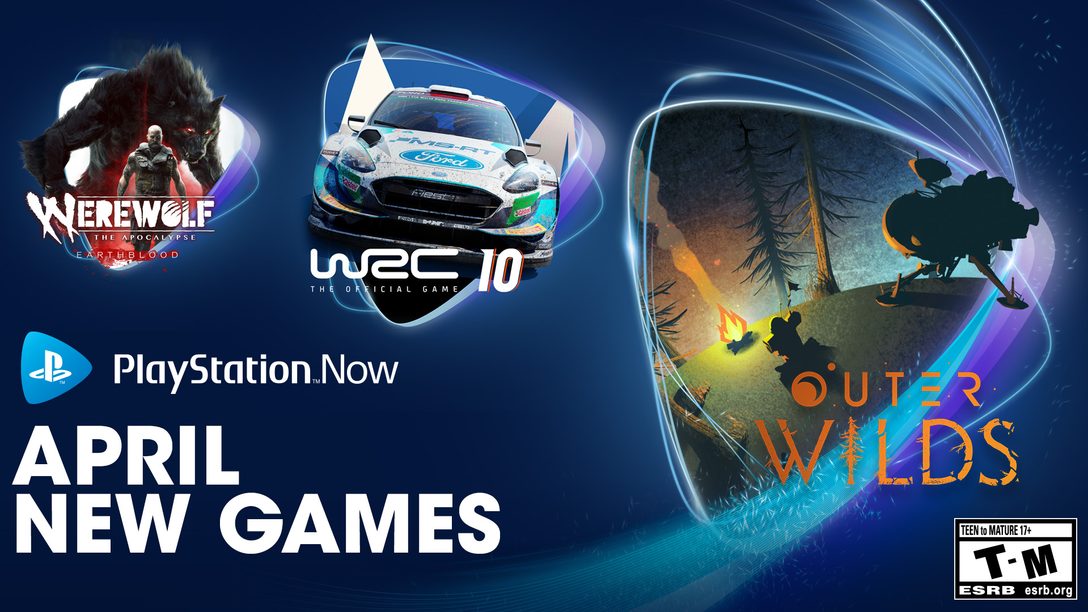 Solve a galactic anomaly, tear up the racetrack, catalog alien fauna and play eco-warrior with April’s PlayStation Now lineup. Choose to tackle the Outer Wilds, drive your way to glory in WRC 10 FIA World Rally Championship, survive your Journey to the Savage Planet, or protect your lands in Werewolf The Apocalypse – Earthblood from tomorrow, April 5, when the titles join PlayStation Now.

Outer Wilds is an open world mystery about a solar system trapped in an endless time loop. Play as the newest recruit of Outer Wilds Ventures, a fledgling space program searching for answers in this strange, constantly evolving solar system. The planets of Outer Wilds are packed with hidden locations that change with the passage of time. Visit an underground city before it’s swallowed by sand, or explore the surface of a planet as it crumbles beneath your feet. Every secret is guarded by hazardous environments and natural catastrophes. Can the endless time loop be stopped? Answers await you in the most dangerous reaches of space.

Tackle Career mode or compete against the community’s best in this off-road racing simulation. Reach the 2021 season podium, and to celebrate the 50th anniversary of the competition, relive 19 events that have shaped the history of the Championship in retrospective mode, as well as the chance to drive six historic rallies such as Acropolis and Rallye Sanremo in some of the championship’s iconic cars manufacturers such as Alpine, Audi, Subaru, Ford and Toyota.

Journey to the Savage Planet

Explore (and try and survive) a charming and hilariously chaotic alien world solo or with a friend online in this sci-fi adventure. As the newest recruit of Kindred Aerospace – The 4th best interstellar space exploration company – Your job is to determine if the planet ARY-26 planet is fit for humans. You may be short on equipment and experience, but good luck!

Traverse the Pacific Northwest as man, wolf or werebeast in this action RPG based on the tabletop roleplaying game of the same name. Each form has its advantages: the wolf can sneak around undetected, as a human Cahal can interact with other people, and the werewolf can unleash its rage to tear enemies apart. Use them all to succeed in your mission as an eco-warrior to protect your land.