Experience the immersive world of The Ascent on PS5, out tomorrow 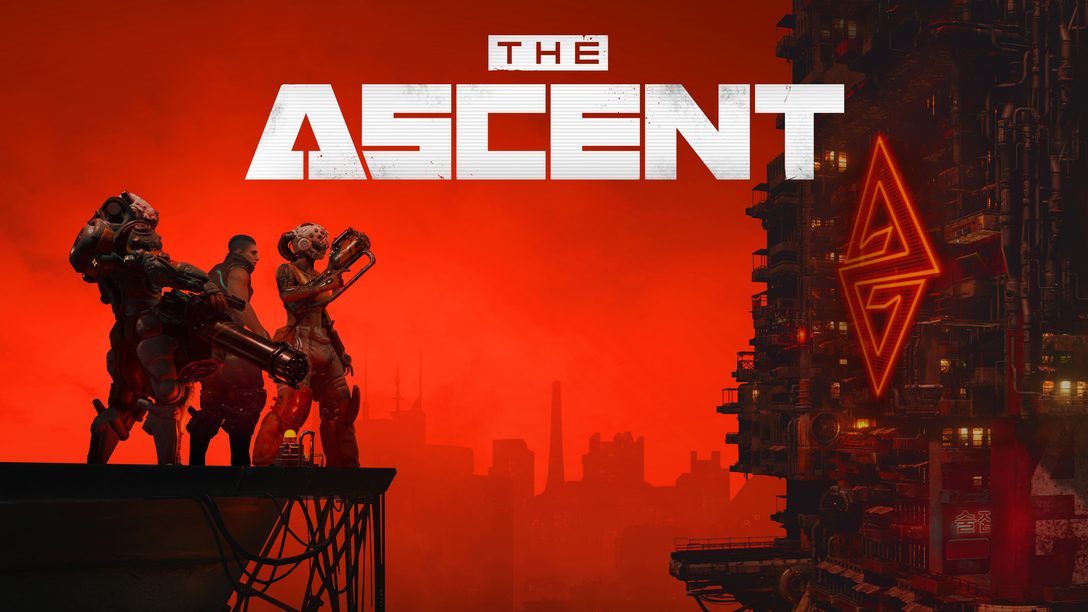 Greetings fellow indents! Everything you know is about to change. Your rewarding career of enforced servitude with The Ascent Group on planet Veles is coming to an end and the real adventure is just beginning. The Ascent mega corporation that owns you and everyone in it has just collapsed. Can you survive without it?

The Ascent’s cyberpunk world hits PS4 and PS5 tomorrow. Developed by our 12-person team here at Neon Giant and published by Curve Games, The Ascent is a solo and co-op action-shooter RPG set in a cyberpunk world. Based in a corporate-run metropolis stretching high into the sky and filled with creatures from all over the galaxy. You play as a worker, enslaved by the company that owns you and everyone else in your district: The Ascent Group. One day, you are suddenly caught in a vortex of catastrophic events: The Ascent Group shuts down for unknown reasons and the survival of your district is threatened. You must take up arms and embark on a new mission to find out what started it all.

The rich world on planet Veles has been enhanced even more thanks to the power of the PS5’s DualSense wireless controller. Hear and feel The Ascent’s dystopian Arcology with everything from the sounds of advert jingles to the feeling of your dynamic weapons in your hands.

The power of sound

Thanks to the DualSense controller speaker, players can experience another level of sound within the game. In the heat of the action mid-fire-fight, just when you think you’re finished, players can hear health packs dropping from enemies. Each time you get hit or alert a group of enemies; you’ll hear the action coming from your hands. In the less action-packed moments, as you roam the neon streets of the arcology, you will hear the corporate propaganda and advertisements from the arcology trying to brainwash your indent mind.

The sound for The Ascent has been produced by award-winning studio Sweet Justice Sound, who have taken the experience to new heights. Using the power of DualSense controller in a unique way, Sweet Justice Sound has manipulated various synthetic sources, from modular synth sounds to EDM drum loops, to create unique sounds and pair them against the events in the game’s audio to enhance the players’ experiences, such as specific sounds for navigating the menu to make it feel tactical and drum kicks for reload to let the player know when the reload is complete.

The Ascent also takes advantage of the PS5’s 3D Tempest AudioTech option for TV speakers and sound systems along with the PS5 Pulse wireless headset.

The DualSense controller’s haptic feedback enhances each interaction and battle in The Ascent. Every type of movement your character makes will provide a different sensation, whether you’re shooting, dodging, sneaking, or taking cover from Corp funded mercenary groups like Onyx Void. You will also feel the ever-changing environment and ever moving Cypro as you navigate through the world of Veles, which fully convinces you that you are a part of this Cyber-Dystopian world.

The Ascent is all about the weapons. The arsenal is dynamic and every gun will feel unique in your hands. Whether your poison is shotguns, energy rifles, blade guns or, everyone’s favorite, rocket launchers, you’ll feel the difference through the DualSense wireless controller (including the RPEG 33 Rocket Launcher that’s exclusive on PlayStation with pre-order).

With The Ascent hitting PS5 at 4K 60 FPS, you’ll experience the beautiful world of The Ascent in high definition, which can be shown at its best in Photo Mode.

The Ascent on PlayStation includes all the amazing additions the developers have added to the game since July, including Photo Mode, New Game+, Transmogrification, free DLC packs with their unique new weapons skins and cosmetics.

The Ascent launches tomorrow March 24 on PS4 and PS5, with cross buy – If you purchase The Ascent on PS5 you get it on PS4 and vice versa. Thanks for reading and good luck out there.