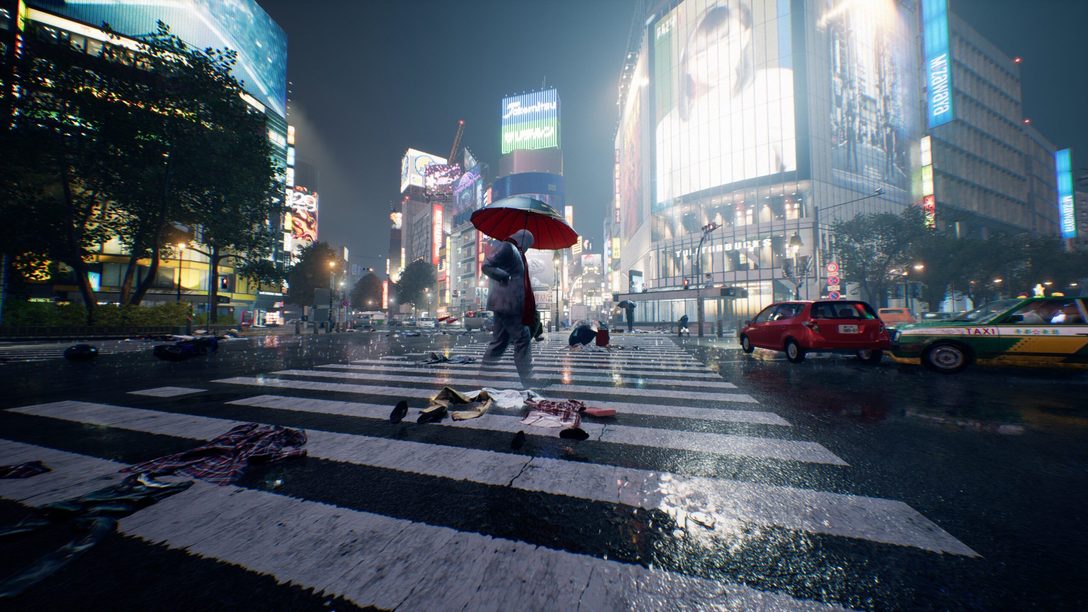 Ghostwire: Tokyo is almost here! If you pre-ordered the Deluxe Edition of the game digitally, you’ll be able to jump in starting today, March 22 to enjoy Tokyo’s haunted streets early before the game officially launches on March 25.

But before you dive into Ghostwire: Tokyo, we’ve got some quick words of advice to help kickstart your journey. From tips on exploration to some pointers on combat, we hope this guide helps you become a ghost hunter in no time.

With its eye-catching blend of traditional architecture and modern skylines, Ghostwire’s version of Tokyo begs you to take to the rooftops for some off-the-ground exploration. Get some air from grappling Tengus and utilizing your ethereal gliding ability to reach areas quickly, discover hidden secrets and even get a vantage point on some unsuspecting foes.

While Tokyo’s mass disappearance whisked away most of the city’s population, there are still a few survivors left, including some of the area’s animal residents. Using your abilities, you can read the thoughts of cats and dogs you come across, and some even have missions for you to accept. Stock up on pet food and you can even give out treats! After all, who could say no to a face like that?

Speaking of animals, keep an ear out for a Nekomata’s meow, which alerts you to nearby hidden collectibles. They can give you Meika to spend on useful consumables at shops, as well as lead you towards secrets in the world.

Tokyo’s vanishing has left several lingering spirits trapped throughout the city. Using katashiro paper dolls, you can absorb these spirits and keep them away from Hannya and his Visitors’ nefarious plans. After absorbing enough spirits, report to any nearby phonebooth to send them to safety, netting you bonus Meika and XP that you can use to level up your skills. Throughout the game, you’ll also come across additional katashiro dolls, allowing you to absorb even more spirits before having to deposit them in a phone booth.

Go off the beaten path

The streets of Ghostwire: Tokyo are rich, varied and detailed, with tons to do and soak in outside the main story. Give into temptation and explore the city for collectibles, side missions and yokai activities in the world. Not only do side missions let you dive deeper into the game’s world, they’re also a good source of spirits to collect (as well as magatama, a rare resource used to unlock more advanced areas of your skill tree).

Visitors often attack in groups and can overwhelm you if you get surrounded. Try maneuvering around enemies and strategically positioning yourself to keep them under control – or line them up for a well-placed explosive fire shot or wide-area water blast using your Ethereal Weaving to clear out multiple foes at once!

Throughout the game – particularly after cleansing certain shrines – you’ll find equippable beads that provide a boost to some of your abilities, from reducing damage taken to increasing the power of your Ethereal Weaving. As you progress, you’ll also be able to equip more beads at one time, so try out different combinations.

Put up your dukes

Blocking is extremely useful for reducing damage from enemy blows and rewards players who can time their blocks perfectly. Not only do perfect blocks totally negate damage from enemy attacks, they can also stagger certain enemies or reflect certain projectiles back at them.

Ethereal Weaving isn’t your only option at your disposal in a fight. Use talismans to stun enemies in an area of effect, summon a spirit bush that you can duck behind for cover or even pick off enemies from afar with your bow.

Ghostwire: Tokyo has three sets of skill trees that can help you find your playstyle and grow as the ultimate ghost hunter. Are you into stealth? Focus on bow upgrades like faster draw time or faster movement speed while crouched. Enjoy getting up close and personal? Unlock abilities like melee range core grabs or core grabs on knocked-down foes to finish off foe with stunning efficiency.

There are also some very useful skill unlocks every playstyle will benefit from, like decreased charge time for Ethereal Weaving or the ability to summon your own Tengu to grapple atop rooftops with ease.

Taking along some food on your adventure isn’t just nutritious – it’s your main way of restoring health in a battle. Keep an eye out for snacks lying about the city and stock up at convenience stores before heading into your next big encounter. For an extra boost, you can eat special ‘nether food’ that even adds a temporary buff after you eat it. Also, don’t be afraid to spend some of your upgrades on expanding your food storage – it may not be the flashiest enhancement but trust us, you’ll be glad to have those extra dango to chow down on when things start to heat up.