Meet the cast of Disgaea 6 Complete, coming to PS5 and PS4 June 28. 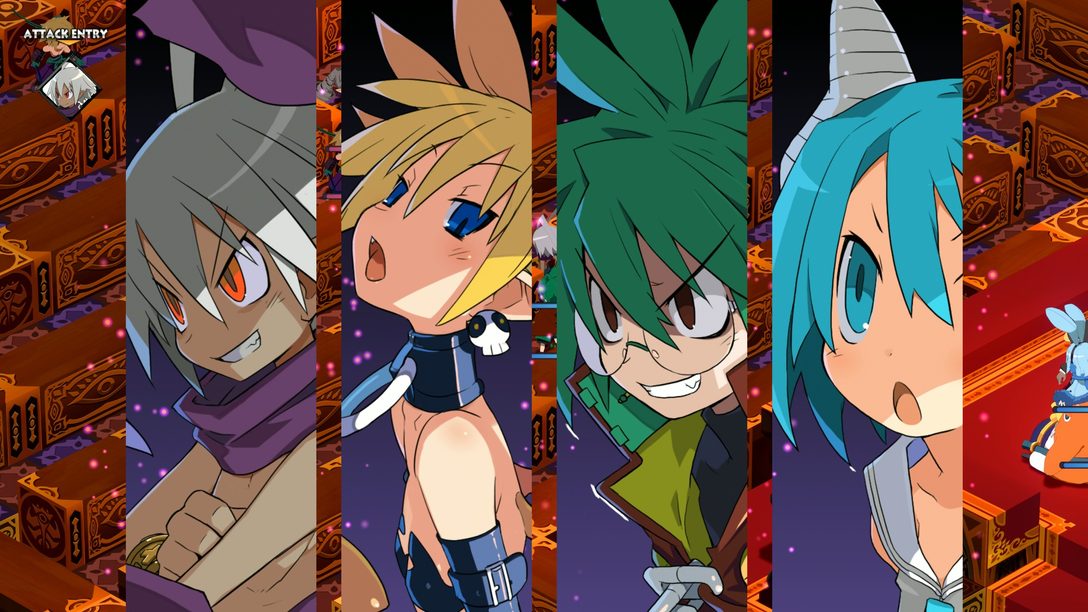 NIS walks us through the diverse cast of characters, from a news anchor to genius zombie dog.

Strategy RPGs are gonna get a serious punch in the throat with Disgaea 6 Complete, which will make its explosive debut on PlayStation 5 and PlayStation 4 June 28! This installment marks the continued legacy of the Disgaea series on PlayStation consoles and is a must-have for long-time fans, while the auto-assisted gameplay and customizable features make this the most exciting and accessible entry yet for new players.

Also, if you pick up Disgaea 6 Complete on PS4, you can upgrade your copy to PS5 at no additional cost. What a deal, dood!

Bieko – Zed’s zombie little sister, who has a kind and innocent heart. She adores Zed, who she affectionately calls “Bubby,” and is inspired to never give up because of him. Bieko aspires to be a doctor someday.

Cerberus – A zombie dog with the brain of a genius who supports Zed. He apparently carried out too many experiments while he was alive, and teaches Zed the forbidden spell, Super Reincarnation. He accompanies Zed on his journey across the many Netherworlds.

In addition, several familiar faces from throughout the Disgaea series join this explosive installment as DLC characters, complete with cosmetic recolors: 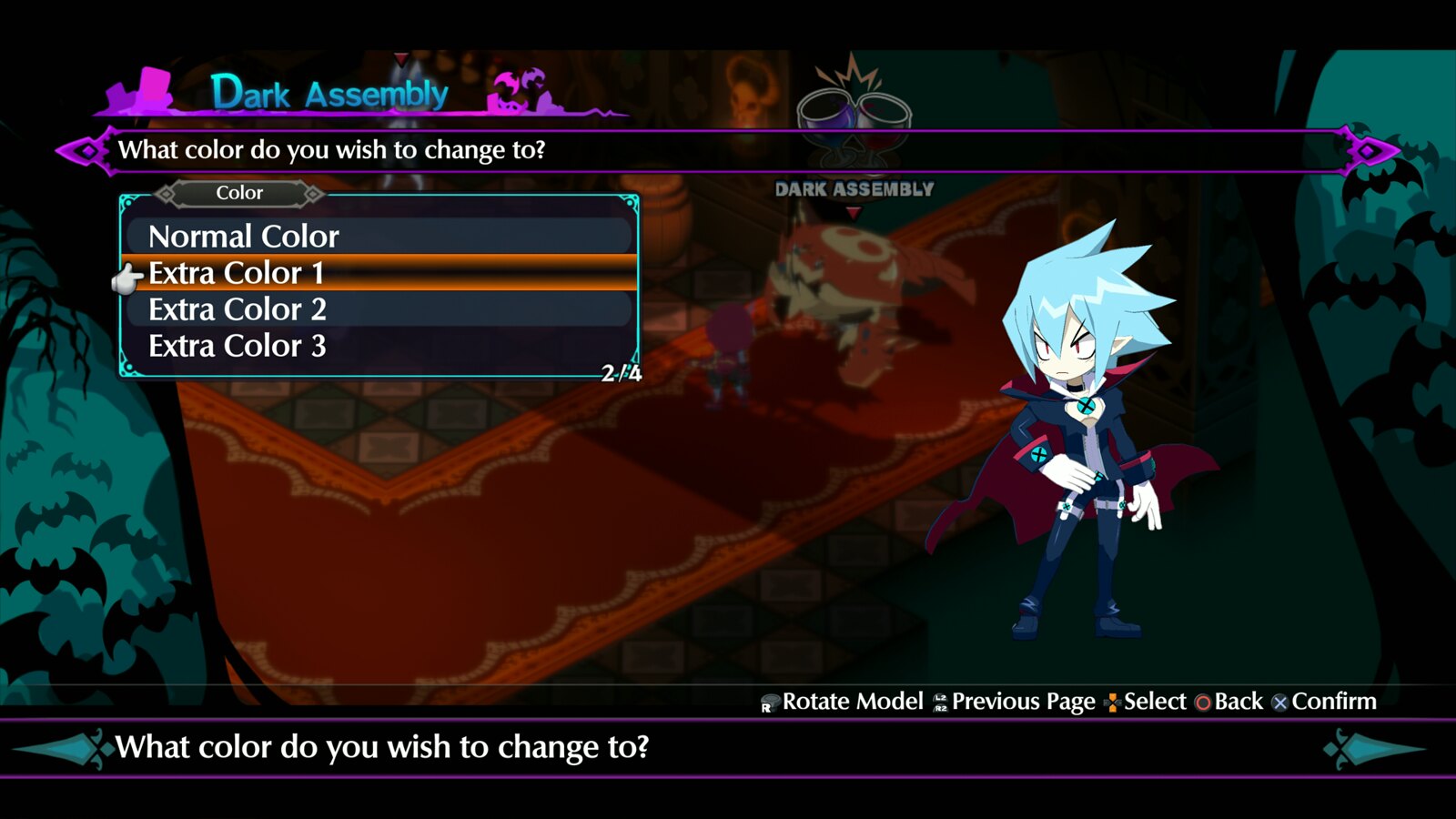 Valvatorez (Disgaea 4: A Promise Unforgotten) – A Vampire who works as a Prinny Instructor in Hades, the Netherworld’s prison. He used to be a notorious tyrant in both the Human World and the Netherworld. However, ever since a certain incident, he forbade himself from drinking human blood. 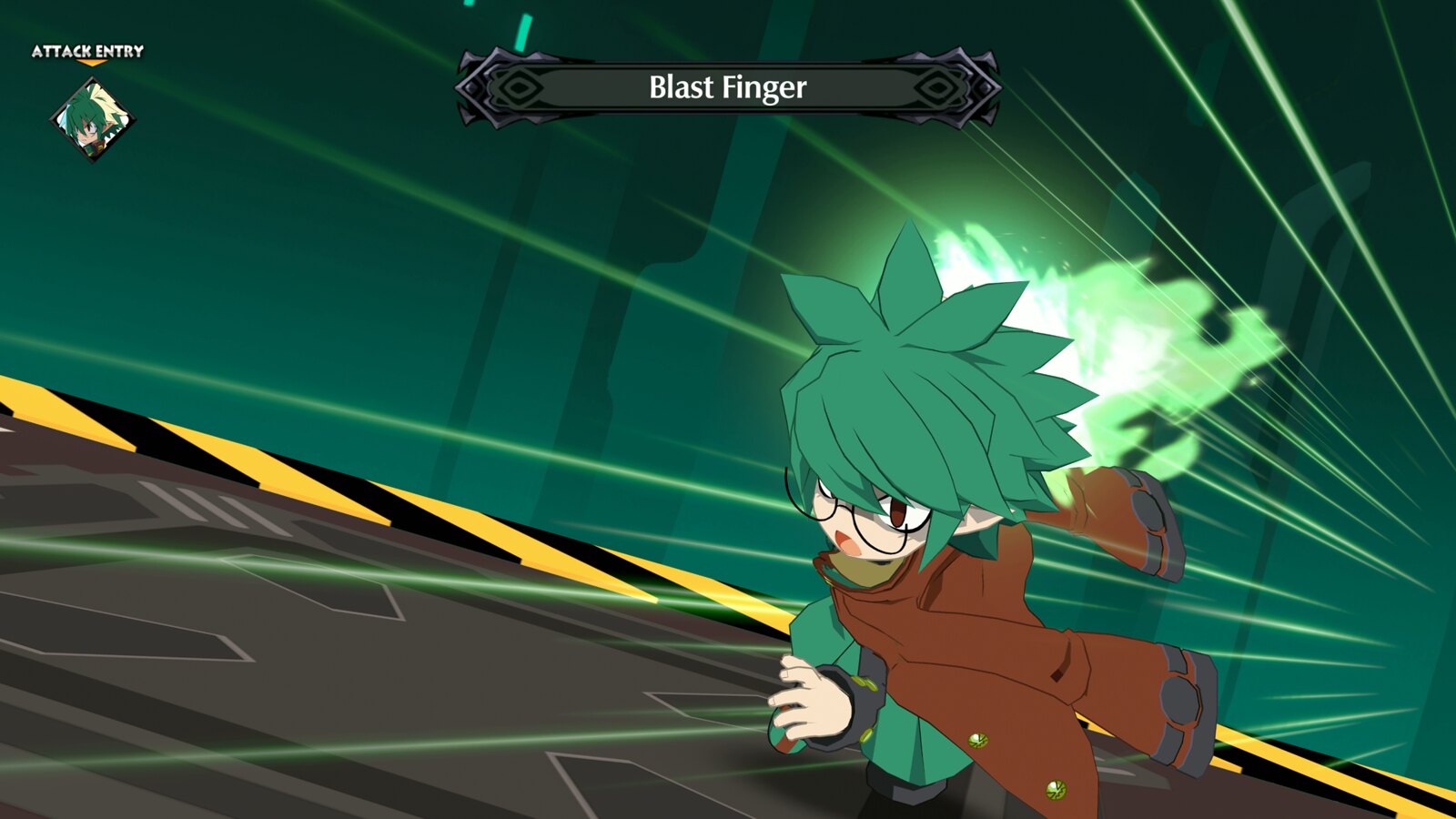 Mao (Disgaea 3: Absence of Justice) – A demon with an “Evil Quotient” of 1.8 million who takes what he wants and uses force to rule over others. He loves experimenting and studying subjects to gain new information from whatever he finds interesting.

Pleinair (Disgaea 2: Cursed Memories) – An anchor for the news program “Nether News.” Along with her co-anchor Usagi, she pops up throughout the game to go over the events that just transpired or talk about an event coming up. This time, however, she appears to be stepping away from the news desk and entering the battlefield. 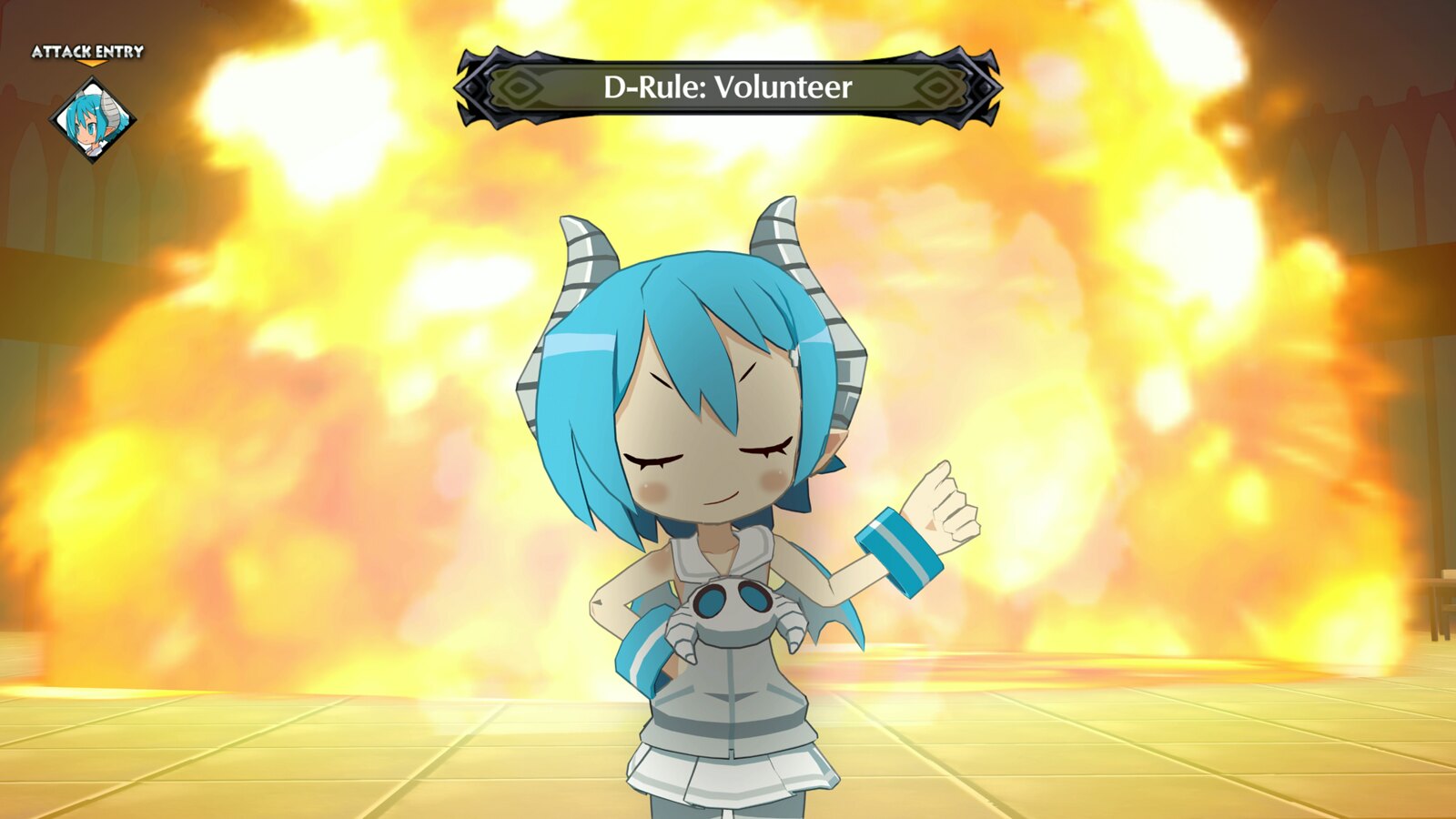 Raspberyl (Disgaea 3: Absence of Justice)  Mao’s childhood friend, who refers to herself as the “Heroine of the game.” She is considered a delinquent by demon standards because she performs good deeds and follows the rules. However, it is implied her kind and compassionate nature is insincere, and that she is only doing it to be unique among other demons.

Desco (Disgaea 4: A Promise Unforgotten) – Her official name is “Final Weapon: Death/Extermination Submersible Combat Organism.” There was only one reason for Desco’s birth: To become the Final Boss. However, she was put in solitary confinement in Hades before she ever saw the light of day.

Fuka (Disgaea 4: A Promise Unforgotten) – A middle schooler who lost her life for some reason. She doesn’t remember committing any crimes, nor will she admit that she ever died. For some reason, she wears a Prinny hat and jacket. 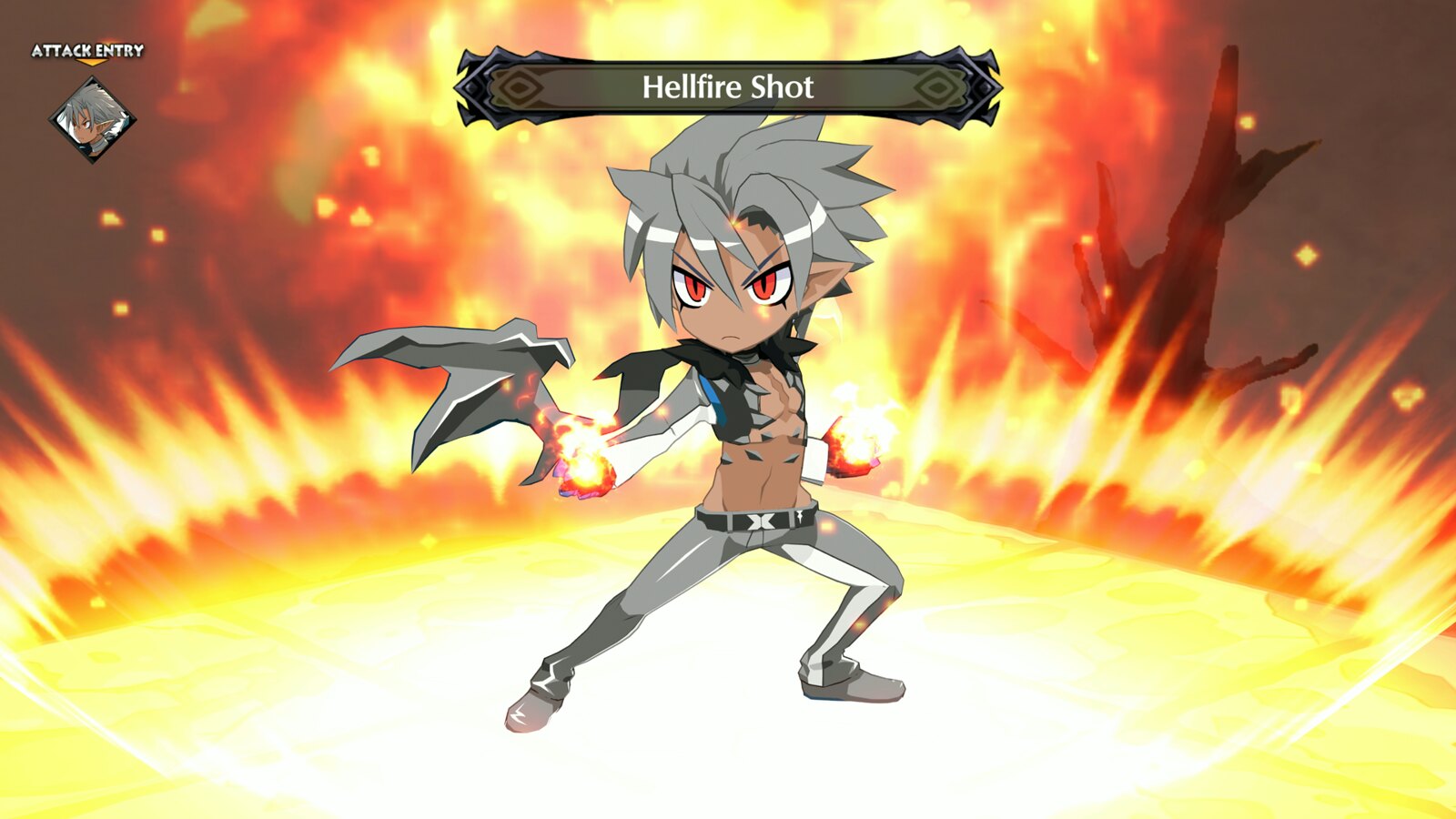 Killia (Disgaea 5: Alliance of Vengeance) – A young demon who intends to take revenge against the Demon Emperor Void Dark. He dislikes making allies and fighting together with others. He tends to eat often, due to how fast he burns calories.

Usalia (Disgaea 5: Alliance of Vengeance) – The successor of Toto Bunny, where demons that don’t promote violence gather. Due to a spell cast by Void Dark’s army, she needs to constantly eat curry or else she’ll rage.

From Grave to Glory

Players will experience the story of Zed, a boastful zombie who wallows on the lowest rung on the Netherworld ladder alongside his sister Bieko. When a God of Destruction threatens their way of (un)life, Zed must harness his unique ability of Super Reincarnation to stand against the approaching menace. Along the way, he will unite with twisted and colorful denizens of the Netherworld, face challenges around and within, and see if even an undying hooligan like himself can defy the odds.

Crushing your opponents has never been easier or more rewarding with over-the-top tactical combat, insane special attacks, and a wide variety of allies to choose from. And when things get too hairy, use Super Reincarnation to keep trying until you succeed. 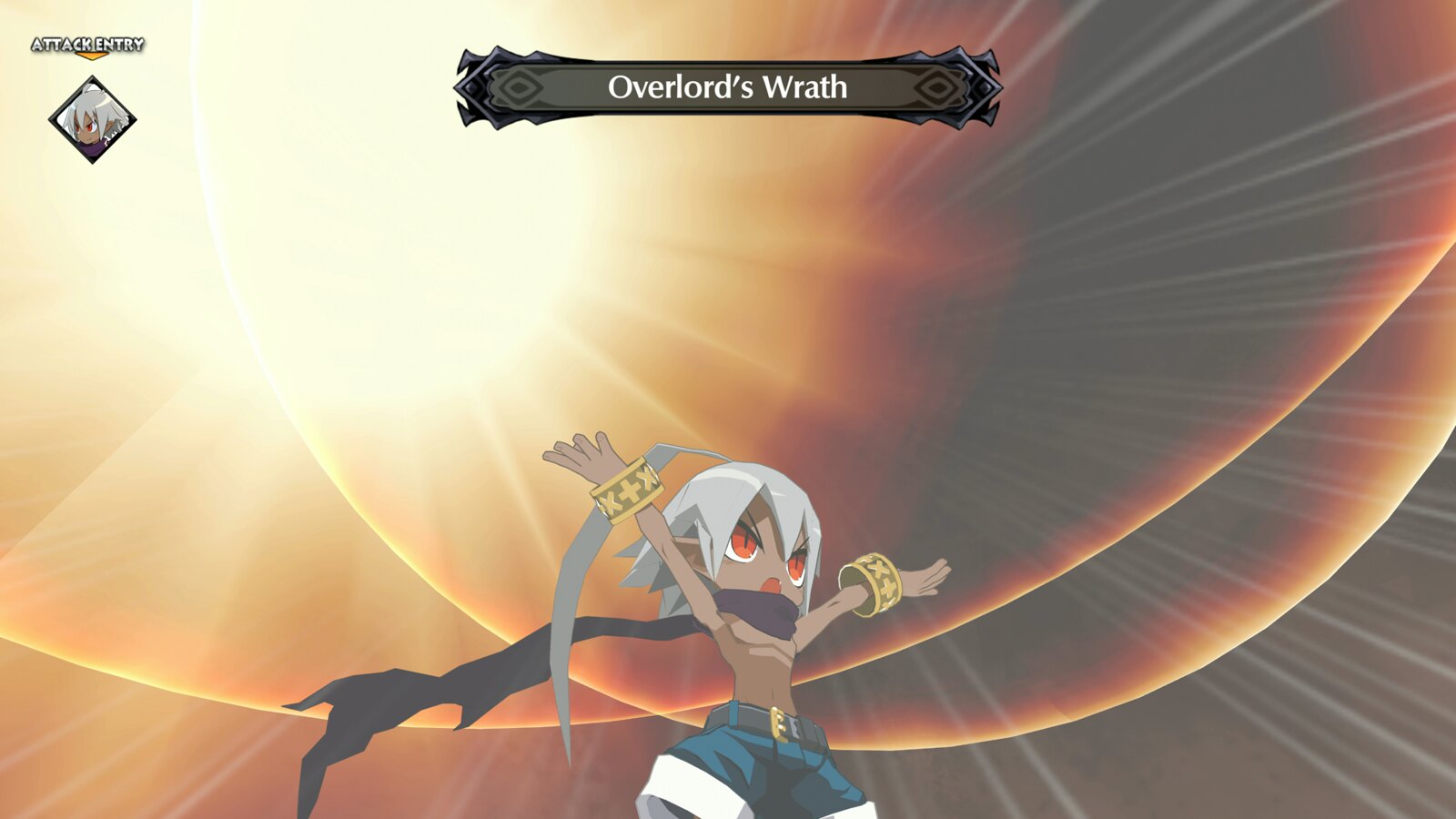 A Netherworld for Everyone

Gameplay features such as Autoplay and Demon Intelligence let you customize how you play to best suit your playstyle, so both new and returning players can forge an exciting HL-raising experience. Additionally, Disgaea 6 Complete includes new recolor DLC as well as all previously released character and cosmetic DLC, and marks the Disgaea series’ debut on PS5. There’s never been a better time to dive into the Netherworld, dood. 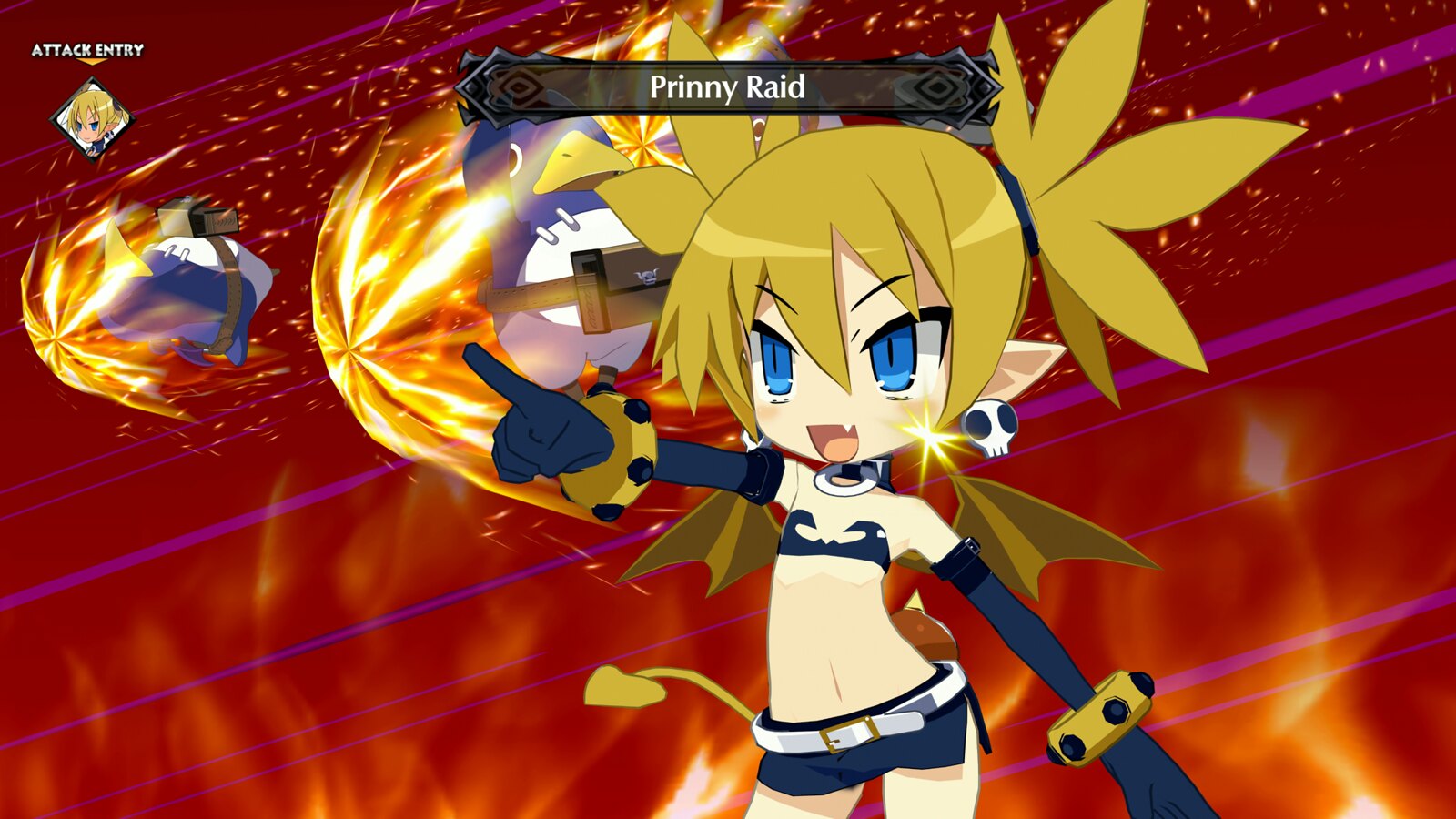 Can’t wait to dive into the action? Visit the official website to watch the new trailer!

While you’re there, preorder the Deluxe Edition for PS5 or PS4, which comes with the“Defiance of Dissonance Soundtrack CD and Tales of Super Reincarnation color manga in each physical copy of the game. 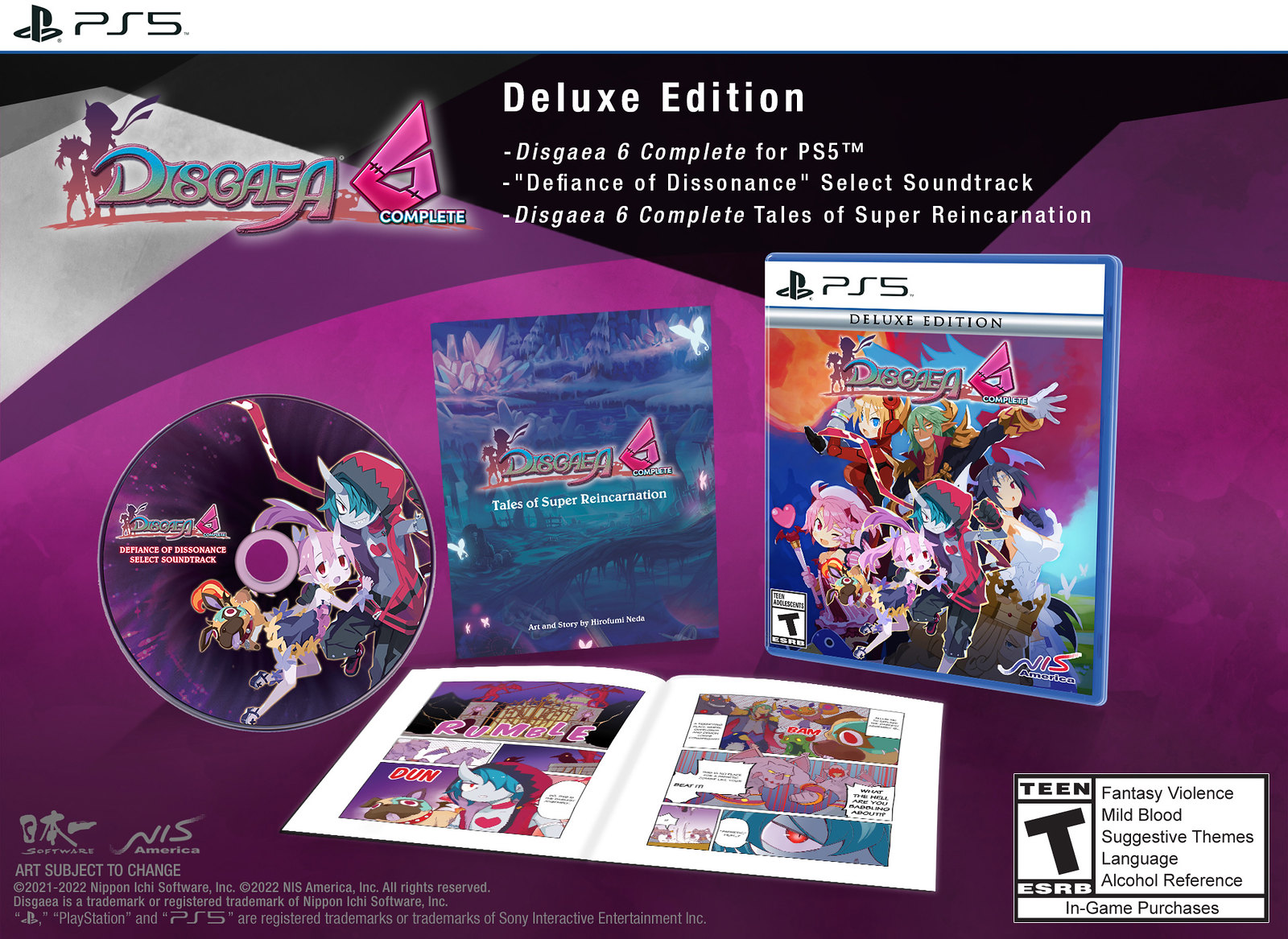