The classes of Elden Ring, explained 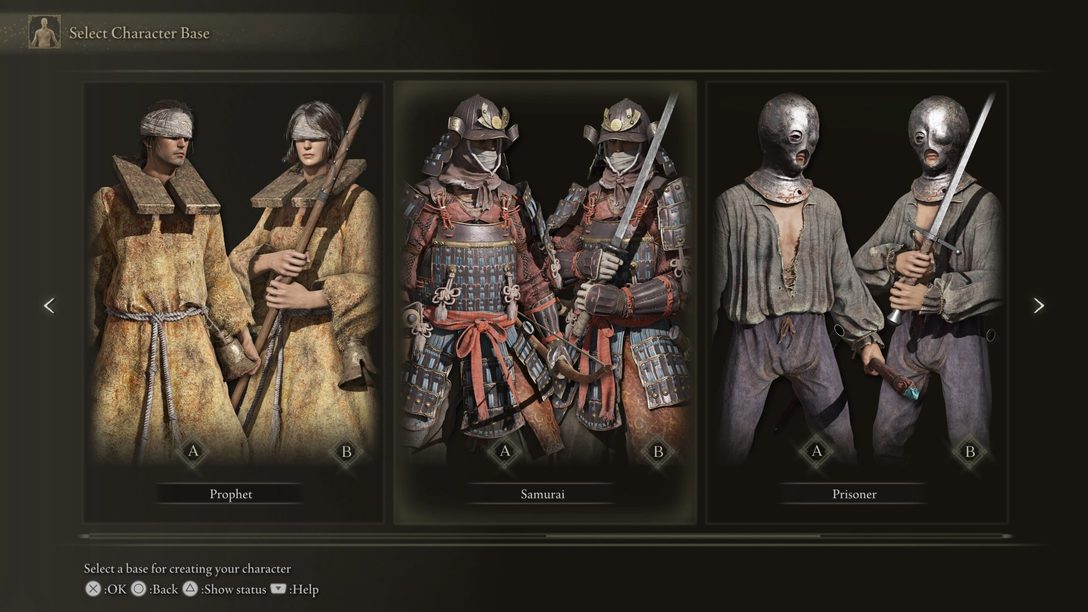 Rise, Tarnished, and pick the class that best suits your playstyle.

Players can now visit the beautiful, mysterious, and dangerous world of Elden Ring on PS5 and PS4. After being thrown into the Realm of Lands Between, players’ knack for exploration, determination to defeat tough bosses, and PvP battle skills will all be challenged in this expansive experience.

Of course, before all of that comes selecting your character class. In Elden Ring, FromSoftware gives players a wide variety of classes to choose from. Each is unique in style, providing various archetypes for players to experiment with. Here is a breakdown of those classes to help you in your selection.

The Warrior starts players off with dual blades and the highest base Dexterity available in the game. This means you can either go in with your swords for double slash attacks or you can enjoy a longer-ranged game with the bow once you’ve found one. This high stat offsets the vulnerabilities created by having to get so up close and personal with to land sword strikes and its shield parry ability.

Jumping into the fray with the Warrior can be somewhat of a gamble, as their short-range scimitar blades leave you very hittable in turn. Instead, try to stick and move—land a few quick strikes and retreat to hit enemies at range with your bow. When it comes to approaching larger groups, it’s often safest to stay at range and pick off targets one by one.

Players who want to primarily use incantations, a magic ability dependent on the Faith stat, should consider the Prophet class. With its highest attributes being Mind and Faith, one can expect a significant toolbox of incantations, spells, and offensive and defensive buffs. One of the most exciting inclusions of this class is its starting spear weapon.

The Prophet does slightly above average damage, which can be pushed even further thanks to its strong weapon skills. The only thing truly holding back the Prophet are its low defensive stats, with this class having some of the lowest starting Vigor and Endurance in the game. Thankfully, its defensive incantations and good damage make it worth trying.

The Hero is a class proficient in melee combat thanks to its considerable Strength stat. Giant weapons and physical attacks are aplenty here, making it the heavy-hitter of the classes. However, that damage comes at a cost.

The Hero is not without some weaknesses: its physical attacks have slower startup time than other classes and its Focus Point pool is a lot lower than the Prophet’s (though the damage potential is high). You’ll have to manage what little magic usage you may have and time attacks more thoughtfully when employing this role. But the payoff is well worth it if you master the pros and cons, as the Hero can develop to  handle many situations, especially with more experience points being put into Endurance.

The Vagabond will probably be most familiar to those well-traversed in the world of Souls-style games. This class has high Strength, Endurance, Dexterity, and Vigor stats, making it a good choice for those wanting to stick to the basics of sword-and-shield combat. Its stats also give a bit of room to dabble in a somewhat physical-magic hybrid build.

The Vagabond’s high Strength means it can wear heavier armor while still retaining good movement speed, making it an ideal specimen in wars of attrition; it’s difficult to kill and does tons of damage despite not having access to magic of any kind. This makes it an amazing class for player-vs-player encounters and one-on-one fights. On the flipside, its provided skillset isn’t particularly effective against groups, ranged attackers, and enemies on horseback.

If the stealth-based game plan is more your speed then the Bandit is the perfect class to start your adventure with. Equipped with a short bow, this class is well-equipped to sneak up on foes or take them out from a safe range instead of risking a physical confrontation, which its below average strength would advise against.

The very high arcane stat makes the Bandit a great choice for anyone pushing for a “luck” build as well. This attribute governs discovery, the likelihood of finding items, and gives resistance to certain magics and death. This focus on discovery makes it a more unorthodox class compared to those more focused on combat and magic, though its key for those that are focused on finding the most runes and items possible.

Astrologer is another unorthodox class for newcomers to the Souls formula. This class is one of the few that is fully focused on magic, making sorcery its main way of dealing damage. It hosts a rather miniscule Strength level which makes it ill-advised to use this class if you’re looking to deal physical damage.

Despite it not being a physical class the Astrologer comes equipped with a Short Sword and Small Shield along with its main weapon, the Astrologer’s Staff. With magic being so powerful in Elden Ring, this class’ weakness in the Strength department isn’t much of a detriment. The ability to do massive damage from long distances from the start is a huge plus.

The Samurai class is a great example of a dual-class at its finest. The Samurai starts the game with high Endurance and Dexterity, making great use of its starting katana and longbow. This duo of weapons is enhanced due to the katana’s bleed ability, dealing damage over time to anyone affected.

When utilizing both in succession the Samurai becomes a master of moving in and out of the action while remaining safe in battle. It can also punish small mistakes with its quick sheathed blade attack. However, its lack of Arcane, Faith, and Intelligence abilities make this class one that won’t have much magical prowess or many chances to dabble in the Focus Point abilities.

Like the Samurai, the Prisoner is a hybrid class and a master of both swords and sorcery. And , thanks to a high Strength stat, the Prisoner can outpace similar classes in damage and armor output, making this a highly adaptable choice.

In addition, its high Mind and Intelligence stats offers you even greater flexibility when it comes to offensive magic, though healing isn’t its strong suit. Like Samurai, the Prisoner is a class that can thrive in almost any situation.

The Confessor class is somewhat of a hybrid between knight and mage-types. It boasts high Strength, Dexterity, Mind, and Faith stats, allowing players to deal moderate physical damage and execute powerful projectile sorcery attacks. It also comes equipped with a Great Shield, making it a good choice for more defensive players.

Confessors can also buff their weapons, making them a powerhouse with the right amount of magic. With enough stat buffs pointed in the right direction, the Confessor can become one of the most well-rounded and freeform classes in Elden Ring.

For those that want the most brutal Elden Ring journey, the Wretch class returns, offering you as little advantage as possible. You are naked and armed with only a simple club, and are given an even spread of stats across the board. While you can technically take this class in any direction, starting as the Wretch makes this already punishing experience even more severe.

Elden Ring is packed with interesting builds and varied play-styles to sink your teeth into. What class will you be selecting on your journey into the Lands Between?

Your adventure to the Lands Between begins at PS Store