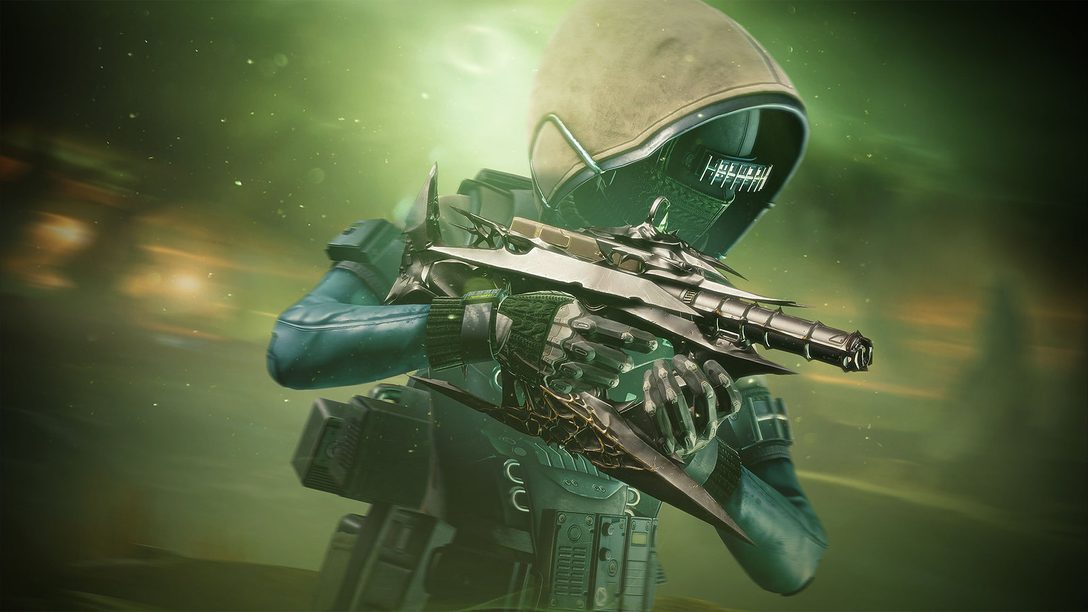 Spoiler-free details on how Bungie designed the new expansion.

Guardians are used to tough fights. Whether facing down overwhelming odds in a Battleground or carefully strategizing with fireteam members to take on a Grandmaster Nightfall, Destiny 2 players need a precisely orchestrated mix of skill and experience, topped off by just the right loadout, to ensure victory. With the upcoming expansion for Destiny 2 – The Witch Queen – the team at Bungie have been hard at work on creating an unforgettable experience for players. That means new abilities and gear for Guardians (like an overhaul of the Void subclass) to bring into battle. It also means a brand-new campaign, one unlike any Destiny campaign that’s come before it.

After spending the last year untangling the webs of Savathûn’s lies, Guardians will now take the fight directly to The Witch Queen on her home turf – her enigmatic Throne World, a brand-new destination in Destiny 2. There, they will encounter a twisted maze of challenges as they uncover the mysteries of Savathûn and her Lucent Brood – Hive enemies now powered by the same Light that protects Guardians.

Today we’re going to dive into the campaign for The Witch Queen and give you a look at why this adventure is the most “definitively Destiny” campaign Bungie’s ever made. Don’t worry, lore lovers, we won’t be spoiling the storyline here. Instead, we’ll be focusing on the challenge and excitement that lies ahead and how the Bungie team dove deep to make this campaign one you won’t soon forget.

“One of the things that I think we did really well in this campaign is making every mission feel uniquely memorable,” said Destiny designer Andrew Hopps. “That was one of our tenets. We wanted each mission to feel like individual TV episodes from a season of ‘Star Trek’ or ‘The Mandalorian’ rather than a sliced-up movie. Each mission should be immediately memorable for its distinct themes, player journey, and unforgettable moments while still delivering the major campaign narrative arc.”

When speaking with the team about what direction they took for campaign missions, the same adjectives popped up over and over. Terms like “epic” and “unforgettable” and even “bombastic.” As development took shape, the team also looked to the non-campaign aspects of Destiny to gain inspiration, specifically dungeons.

For those who don’t know, Destiny dungeons are longer adventures that feature unique and often complex gameplay mechanics, storylines, as well as challenging opponents. They also offer greater rewards upon completion.

“We wanted to make the campaign missions feel a little bit more like a dungeon,” said Destiny designer Alex Pfeiffer. “Dungeons and Exotic missions like Presage are very aspirational and are very sophisticated, but not everybody gets to experience them. They’re very difficult, they require you to put a team together, and so we wanted to extract what makes those things special and bring it to a wider audience.”

In the new campaign, that sense of sophistication and challenge is found in many forms. Pfeiffer refers to the campaign’s epic new traversal sections as a good example, where Guardians will stretch their legs and explore massive locations that push the possibilities of movement.

Looking back at the development of the campaign, Pfeiffer recalls an internal review of the build over the summer, where the feedback on the campaign was simple: add more of everything. “We got a bunch of feedback from leadership, and it was like, ‘Plus it up. This is good, but let’s just keep pushing it up.’” That “push” manifested itself in numerous ways – from those epic traversal sequences to bigger and better bosses, as well as new mechanics that borrow from the more complex rules-based gameplay found in dungeons and raids.

“There’s a lot of cool exploratory bits in our game, and that’s some of the best parts,” said Destiny producer Katherine Walker. “Just being able to learn and explore. The discovery aspect of understanding a new gameplay mechanic is a really cool part of [the new campaign].”

Destiny designer Matt McConnell agrees. “That’s where the comparison to dungeons really shines,” he said. “You look at a dungeon like Pit of Heresy and you remember, ‘Oh yeah, I used that Sword [and] that was a very memorable aspect. It was something I did in a fight that was very different than any other dungeon.

“Most of [The Witch Queen campaign] missions have an equivalent to that,” McConnell said. “They have something that sets them apart mechanically, and that makes them stand out from one another.”

During development, the team spent a great deal of time focusing on different levels of difficulty. After all, while dungeon-inspired mechanics and tough encounters are fun for some players, the point of a game’s campaign is to, you know, actually finish it. That careful tightrope walk was a constant source of discussion for the team.

“I think the shift players will notice is an emphasis on big action, exploration, and creating more tense encounters. There are more moments where it gets a little sweaty, but it’s accessible,” said Destiny Test Lead Nathan Thorell. “The Campaign is designed so that, whether you’re solo or in a fireteam, there is an appropriate challenge level for you.”

“We thought of it as a holistic experience,” said McConnell. “Like a story where you need quiet moments and peaks of interest and intrigue – and also difficulty – we wanted to have those align in ways that create a lot of variation in the experience.”

Then there are those Guardians who are looking for something a bit more spicy. The kind of players who wake up and pour nails into their cereal bowls every morning. Beyond the epic scope and variety of the campaign missions themselves, the Bungie team wanted to make sure that those veteran Guardians who were looking for a fight found a level of challenge suitable to their skills. Thus, the introduction of Legendary Mode in The Witch Queen campaign.

Legendary Mode will be available from the start of The Witch Queen’s campaign – no need to beat the game first to enter this higher level of challenge. What can players expect? As Alex Pfeiffer puts it, the team was meticulous in their dedication to making Legendary just the right amount of sweaty, but also well worth the effort needed to get through it.

“We went in and very surgically tweaked variations on every encounter to match the higher difficulty,” Pfeiffer said, pointing to Darkness phases on big encounters, when a team wipe causes players to reset back to the beginning of the encounter, as an example. Not only did the team spend extra time working on a framework for these high-impact missions – including the number of major encounters, enemy strength, and so on – they worked hard to strike a balance so the player doesn’t feel overwhelmed.

“For the first time in a Campaign, you’ll have Campaign Banners that give you a full Super, ability energy, full ammo and when you successfully complete this really epic encounter, we give you double the rewards chests [compared to Normal Mode] on the first playthrough. All of this really raises the intensity level of the experience.”

“We wanted the rewards to feel more satisfying than ever, no matter which difficulty you choose. [Bungie’s] Joe Sifferman worked closely with the Rewards team to make that happen,” said Hopps. “At the same time, we also wanted to make sure players felt incentivized and rewarded for their time and effort if they were willing to rise to a greater challenge in the Legendary Mode. Players who conquer this higher difficulty will complete the Campaign closer to Raid-ready and earn additional unique rewards.”

“I actually got the chance to play through the entire campaign on Legendary towards the end of production,” said McConnell. “What Legendary Mode meant to me was that I finally got to break a sweat in the campaign. Even though I’ve been working on this team for so long and I’ve played that content to death every release, it felt like it was the first time where I wanted to put the controller down and just breathe heavily for a second… and then go right back in. It really was a true challenge and that felt new and exciting. It legitimately pushed me as a long-time player.”

As Hopps put it, “We want players to feel like they’re taking the ring to Mordor, not like they’re just leaving the Shire. So, every mission should feel like a grand adventure full of discovery. To do that you need to drive the player off the well-worn path and take them to interesting, unexpected places.”