Customize your Kaiju in Dawn of the Monsters 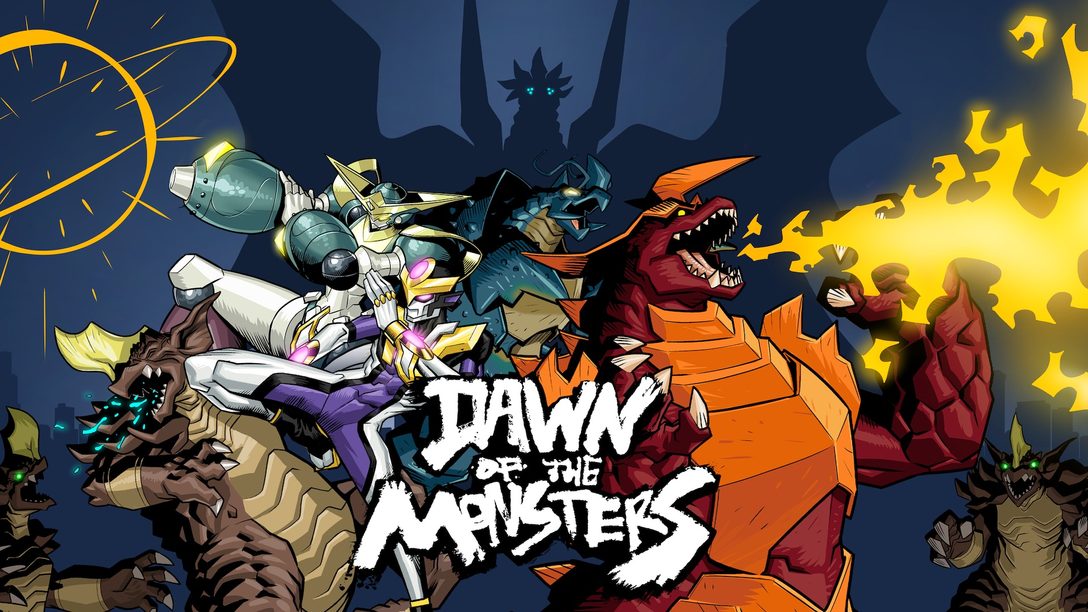 Power up with DNA Augments in this co-op kaiju beat-‘em-up, coming to PS5 and PS4 this March.

Hi, this is Alex Rushdy of 13AM Games! I’m creative director on Dawn of the Monsters, an upcoming side-scrolling beat-‘em-up where you can play as monsters, a robot, or a superhuman to defend Earth against the oncoming Nephilim threat.

You will have a variety of tools in your arsenal. Including environmental weapons, special pickups, Health Upgrades and, most importantly, the power to modify your character’s DNA (and thus, their abilities) with DNA Augments. Here we’re going to take a closer look at these and their vital role in the game.

What are DNA Augments?

Augments are equipable upgrades that increase a character’s attributes and give them special perks/abilities. Augments can be equipped in the main menu under Research and Development or in the character select screen.

You can equip three Augments on any character, and you can even use the same Augment on different characters while in co-op multiplayer.

There are seven attributes, which are divided into primary and secondary groups.

The primary attributes are:

The secondary attributes are:

A perk is a unique trait or ability that is the main focus of any given Augment. These are always positive, but can sometimes have a drawback to the power it grants you. For example, Reckless is an Augment perk that increases your attack but also reduces your defense.

A perk can either be passive (constantly “on”), or it can require a certain condition to activate.

Augments are placed into “slots.” There are three slots, each of which can hold one Augment at a time. That means each character can equip up to three Augments. Be sure to keep an eye on each slot when creating builds for your characters. Certain Augment combinations can lead to very powerful results, and since the same Augment can be equipped on multiple characters, you can experiment to your heart’s content.

Tiers are essentially the Augment’s power level. The higher the tier, the better the attributes and perks.

Completing a mission will present you with four Augments with the choice of picking two out of the four. Additionally, your score affects the tier of the Augments. A high score will award you with a set of high-tier Augments for your selection, so make sure to keep that score up!

You can sell your unwanted Augments to earn some extra cash. There are few ways you can spend this money. In the Workshop, you can get health and rage containers that increase your health and rage permanently. You can also buy new color palettes to further customize your character.

Another way to spend your cash is to “re-roll” your Augment. Rerolling randomizes the attributes of the Augment while keeping the existing perk. It changes the values of the primary attributes but can change the secondary attributes completely.

Not happy with speed and vampirism in an Augment? Want critical chance and critical damage instead? Take a chance and reroll the Augment for the desired outcome.

With four playable characters, there are some Augments that work best with a specific character. Below is an example of a build that takes advantage of Megadon’s strengths.

Augments play a big role in Dawn of the Monsters and were made with skill expression and synergy in mind. With over 40 Augments to choose from, players will have a variety of options to experiment, create builds, and customize their characters to their liking when the game hits PS4 and PS5 this March.