Mastering the mind games of The King of Fighters XV, out February 17 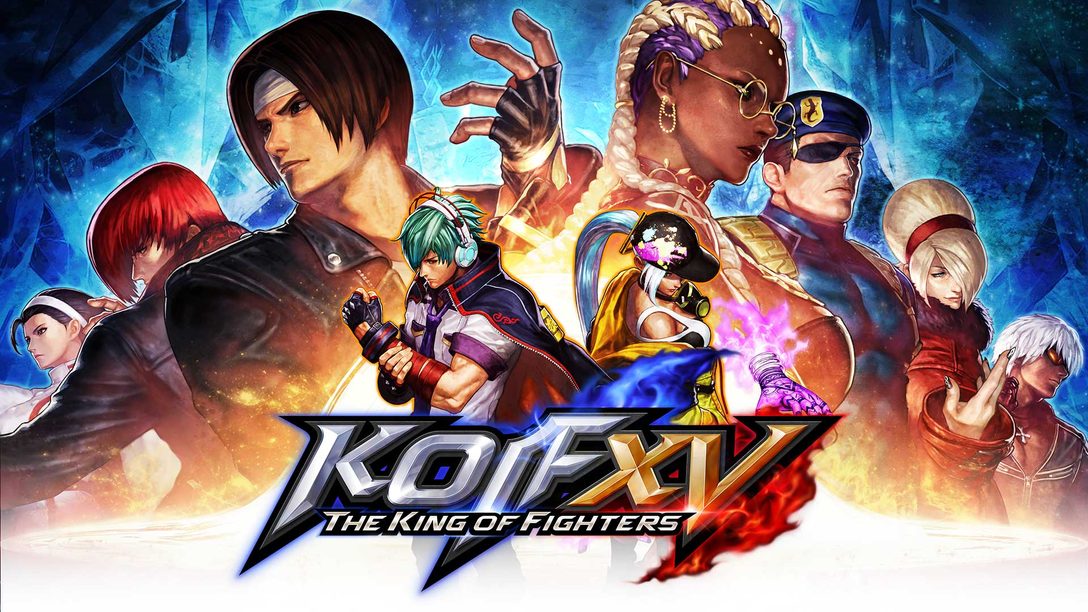 The King of Fighters XV is finally coming to PS5 and PS4 on February 17. Today we’re going to touch upon some of the mind games found in KOF XV that can help bring out the best in your fights.

Shatter Stike is a unique attack that features a guard-point. When it lands, it allows the player to follow up with another attack. However, it’s kind of difficult to use at first on account that there’s no guard-point on startup, but it’s extremely valuable as it can be used to counter enemy attacks.

The KOF series is known for fast-paced fighting action thanks to how dashes and jumps are used. In addition to the normal jump, KOF XV features short hops, hyper hops, and super jumps, which really sets it apart from other games.

Put simply, the mind games in KOF come down to how well you can attack using dashes and jumps. This is especially the case since jump attacks are extremely powerful in KOF, and so a lot of the unique mind games come in when defending against them. Even though the jump attacks are really good, some characters are armed with anti-air attacks, while others have different ways of fighting back depending on the circumstances. So, players have to really think about when and which jump attack they are going to use.

For example, Terry Bogard has a jump blow-back attack with a great hitbox. He can advance on his opponent using the short hop and hyper hop version, but if his opponent knows of his intention, then they can counter with anti-air or high reaching attacks. But if the person using Terry knows his opponent is waiting to anti-air, then he can dash forward and attack, or use a forward-dashing attack like Burn Knuckle or heavy crouching kicks to beat out their opponent’s high reaching attack. Conversely, they can also change up their jump-in attacks and use normal or super hops instead, so it’s clear to see that simple adjustments in one’s movement, like changing up jumps, is an integral part of KOF attack mindgames.

KOF XV’s newest character, Isla, has a slightly different way of playing with her opponents. Her far-standing heavy punch has a great reach and fast startup, so it’s perfect for controlling ground-to-ground combat as it can help prevent opponents from dashing in and attacking. However, her far-standing heavy punch has a hard time hitting opponents who are in air, and so she has a hard time dealing with jump-in attacks. But, her jumping heavy punch can put down opponents if she’s able to attack before their jump attack. In this case, it wouldn’t be considered anti-air, but air-to-air that she would use to bring down her opponent. Or, she could wait for her opponent to land and then attack with a combo. These are just some of the unique mind games that can be found in KOF.

Hints on how to create mind games in KOF XV

It’s first important to know which jump attack is the strongest for a character. For attacking, it’s generally the easiest to use heavy jump attacks. If you think they’re going to anti-air you then you can try changing the kind of jump, or simply dash in to take them off guard. There’s many ways you can keep your opponent on their toes.

When it comes to defending against jumps, it’s not a terrible idea to use an anti-air attack, but you can also protect yourself by using a heavy jump attack or a heavy attack that has a high hitbox. If an opponent dashes in, you can repel them with long-reaching attacks, or even fast and quick jabs to keep them away. Also, if you just simply want to get away, you can always perform an Emergency Evasion or backstep to get more room with little risk.

Put your newfound mind game knowledge to the test when KOF XV launches on February 17.