The secrets of Animal Well, coming to PS5 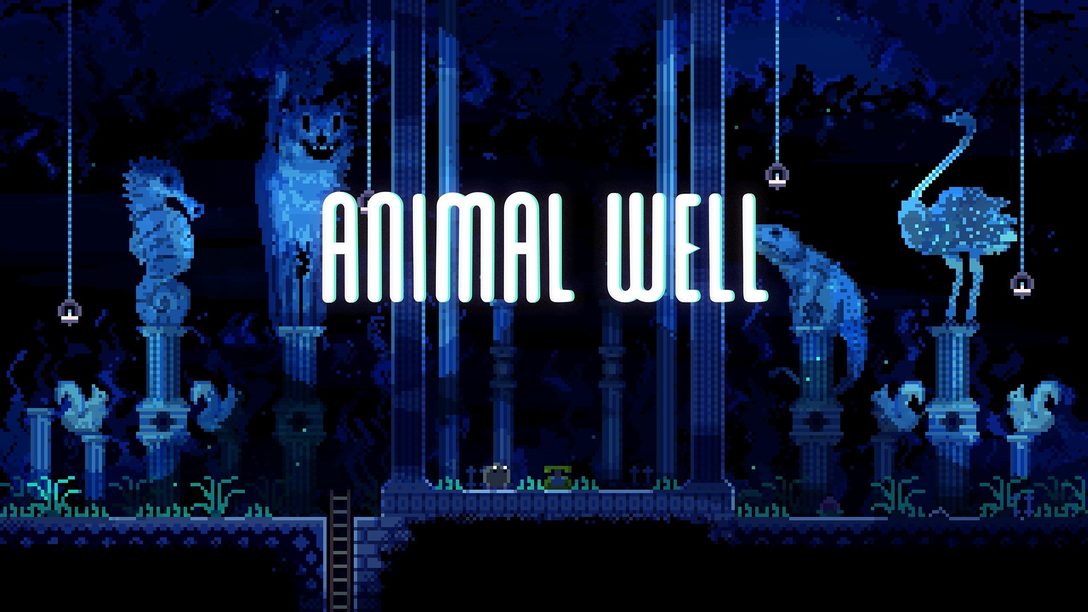 What lurks beneath the surface of this deceptively minimalistic adventure?

It is dark. It is lonely. You don’t belong in this world. It’s not that it’s a hostile world… it’s just… not yours. As you uncover its secrets, the world grows on you. It takes on a feel of familiarity, yet you know that you’ve only probed the surface. The more you discover, the more you realize how much more there is to discover. Secrets leading to more secrets. You recall the feeling of zooming closer and closer in on a very high-resolution photo. As you hone your focus, the world betrays its secrets.

When describing Animal Well to new people, I find it best to start with the mood I’m trying to create. It has the sensibilities of the survival horror genre, but it’s not really a scary game. It has puzzles and platforms, but it’s not quite a puzzle platformer. The art style is simple looking pixel art but will be employing lighting and visual effects that will push the PlayStation 5 hardware. Summarizing Animal Well succinctly is a challenge. There are no hardcore platforming challenges, intense fights, or jump scares, but lots of situational lateral thinking brain teasers set in a creepy yet not-uninviting world.

Mechanically, Animal Well is quite simple. To navigate the world, you move left and right, and you can jump. You can also use a handful of items you discover throughout the game, like a yoyo or a frisbee. Everything is built upon that foundation.

Throughout my life I’ve found it very satisfying when I get to become intimately familiar with a space, and perfectly map it out in my brain. I spent so much time in my parents’ house growing up, that I had every closet, drawer, and shelf etched into my memory. However, after living there for years, I remember one day finding a new drawer kind of tucked away under our extended kitchen countertop. It was empty, but I was very excited. I can’t imagine how I would have felt if I found something more substantial, like a full hidden room.

Animal Well tries to capture that feeling x100. In it, you explore a surreal interconnected labyrinth that is absolutely loaded with secrets. It has a map that is not nearly as big as some games, but it aims to be much denser. Returning to a familiar area is exciting because there is a chance you will discover something new amongst the familiar. You might visit it with a new ability, or new understanding that helps you uncover something. By locking the camera until you leave the frame, the game encourages you to examine each screen as a whole and think about where something could be hidden. There is always the possibility of a surprise right beneath your nose.

Creating this sense of discovery is much harder than it was pre-internet, where developers kind of just got it by default. One strategy is to add obscure, difficult secrets that delay the time it takes for everything to be uncovered and extensively documented online. But at the same time, those parts would become inaccessible to most players going in blind. If you make parts of the game accessible, and easy to find, more people get to enjoy it, but the sense of mystery and discovery is diluted. It’s not a trivial design decision.

Animal Well is fighting that war on both fronts. I am consciously designing the game to have multiple layers. The first layer is the base game, with all the required areas needed to see the ending. This is going to be a very rewarding experience on its own, and I estimate it will take most players about 10-15 hours to complete the game without any hints. The second layer includes optional items and areas that a dedicated player will find to “100%” the game. I expect many people will be able to complete this layer with only the occasional search online for a couple hints here and there. This is where most games stop. The third layer will include far more obscure puzzles, whose existence will be unknown to most. I suspect the internet will need to collaborate a bit to solve these – or they might not solve them! Then finally the fourth layer will be secrets that only I know. I’m throwing down the gauntlet and challenging the internet to discover everything. I will be sure to make an announcement confirming my defeat if and when this happens.

I am being deliberately vague about a lot of the details about what you actually do in Animal Well, but there will be time to describe that over the coming year. I am extremely excited for everyone to explore its depths when it finally comes to PS5 later this year or early next!