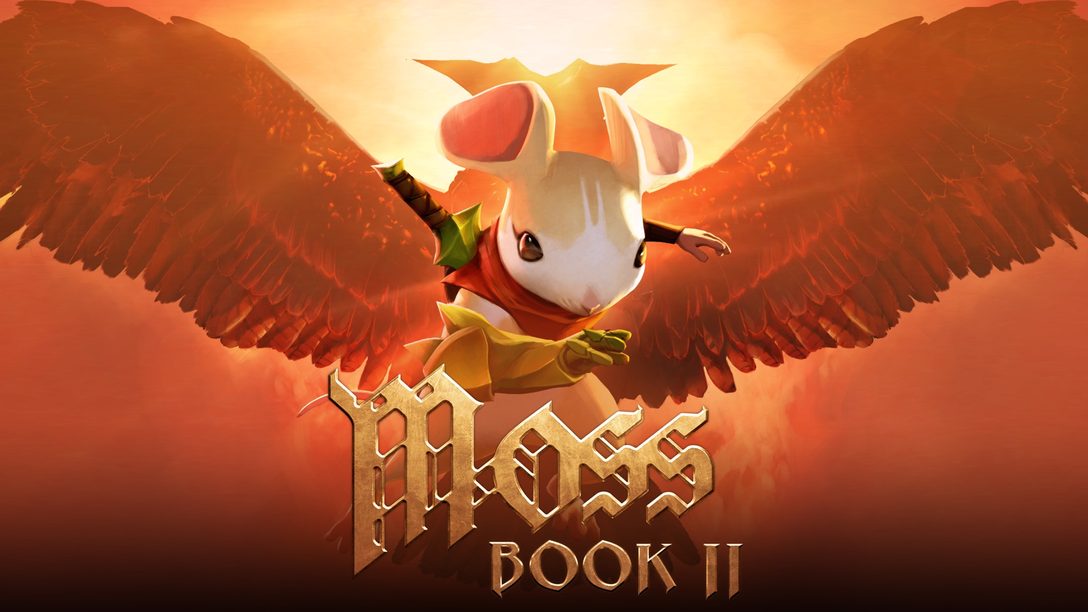 Polyarc details the enhancements coming in the follow-up to their hit debut.

Your adventure with Quill continues in Moss: Book II, the highly anticipated sequel to Moss, where we will soon be rewarded with more of everything we fell in love with in the original: fresh challenges, new game mechanics, extensive environments, epic enemy encounters, and more opportunities to bond with our favorite tiny mouse friend. Everyone has their favorite parts of the game, but the magic of Moss is rooted in the believable moments and true sense of immersion that shape our every experience and connection to the world. 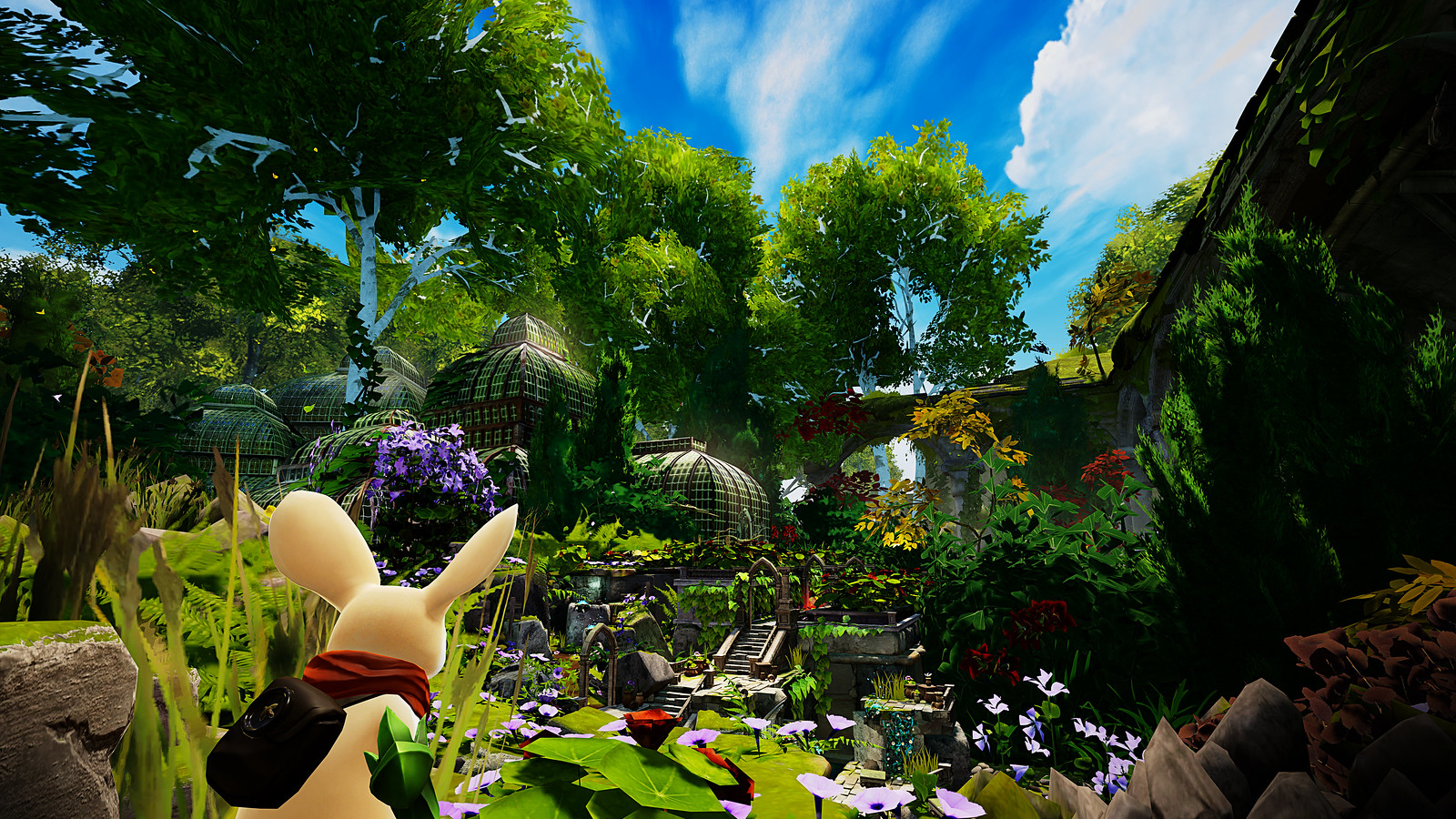 As we gear up for the release of Moss: Book II later this spring, we wanted to give you a little insight into the careful thought and work that goes into creating our physical presence and fostering those special connections we make in the world of Moss.

We heard early on that fans were blown away by the environments within Moss. They would often comment that not only were they beautifully crafted down to the minute details, but that the sense of scale was Honey, I Shrunk the Kids-like, bringing an unfamiliar sense of scale that immediately heightened their curiosity. Familiar plants, animals, and objects felt whimsical when viewed from a low vantage point.

In Moss: Book II, we’re excited for you to feel the sense of scale once again with the addition of much larger rooms to explore. Not only are the rooms bigger, reminding you of Quill’s true size, but they allow us to create expansive multi-dimensional puzzles and platforming challenges you’ll have to work through with Quill within the context of a much larger single space. To navigate these larger-than-life rooms, we implemented seamless camera cuts using familiar transition fades with no load time. Now, you can reach new vantage points within the room, inspect previously unnoticeable details, discover secrets, and solve puzzles without worry of jarring motion or discomfort.

Moss is rich with environments to explore and puzzles to solve. Knowing you wanted even more, we doubled down in Moss: Book II. In fact, one of the things we heard from players is that they wanted the opportunity to revisit areas in the game for further exploration and for the ability to search for missed collectables—so we did just that. 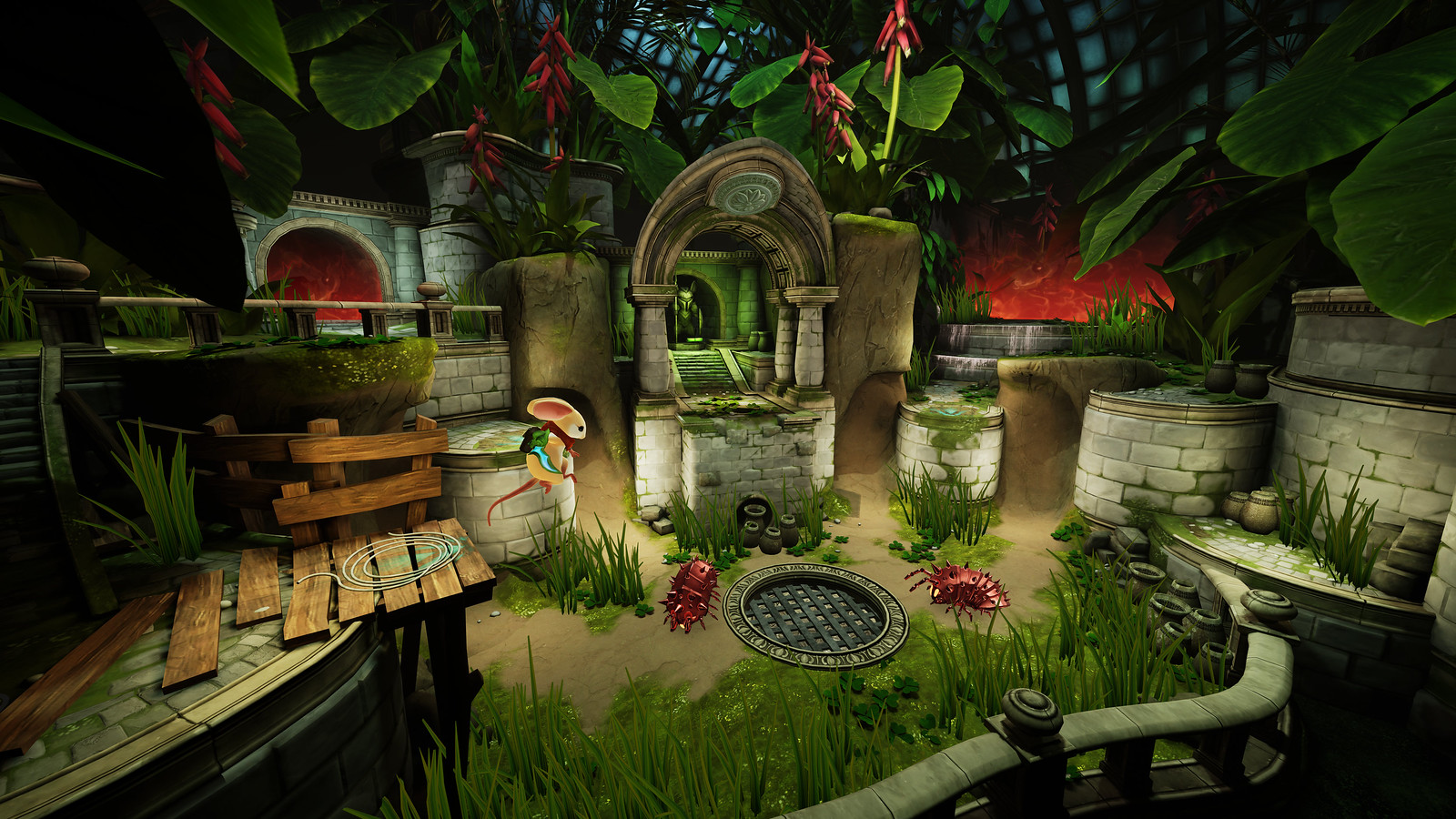 You’ll quickly find that all of the rooms in Moss: Book II are connected, which not only improves spatial understanding of the world, but allows us to inject tension with surprise scenarios when revisiting a known place, triggering emotional ups and downs. Now, when you reenter a room, you may experience it from a new angle via a camera cut, find it peppered with visual differences resulting in story progression, or be able to solve past mysteries with recently discovered tools. Whatever your motivations are for re-exploration in the game, you will now see how the world evolves along with the adventure.

Quill’s personality, expressive movements, and interactions with us make her the real star of the game, so we made sure there were even more moments to deepen our bond with our pint-sized companion. This means more cinematics, interactions, reactions, and character-based storytelling to color the world and further strengthen our relationship with her. 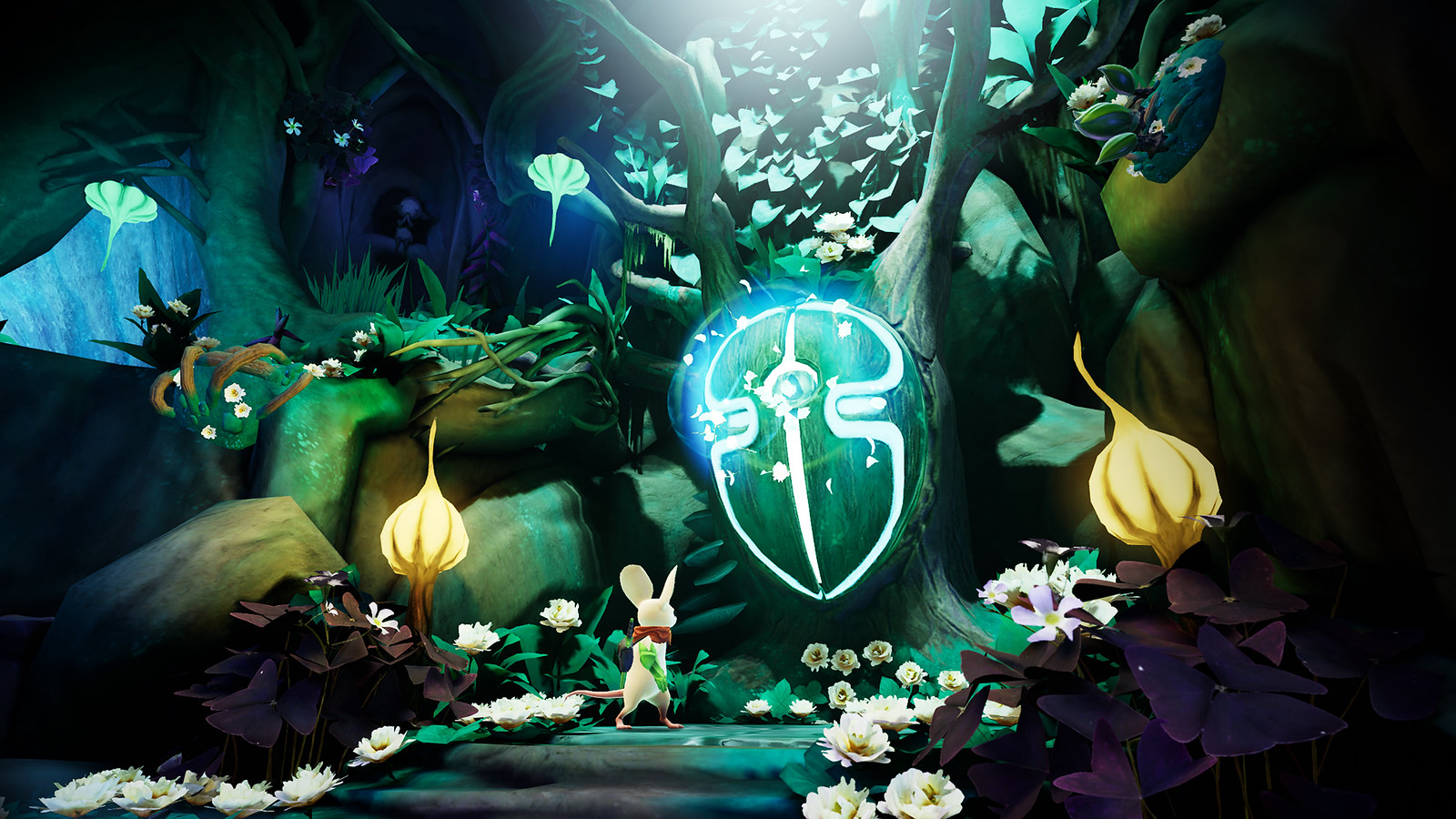 With all of these pieces integrated into the game, the team didn’t want the transitions ruining your sense of immersion. Nothing takes you out of the moment more than choppy animations and transitions reminding you that you’re just playing a game. So, the team used command script to build and integrate animations into the scenes. By chaining existing gameplay logic and animations together, the system creates seamless transitions between cinematics, vignettes, and player-controlled sequences, giving Quill more lifelike autonomy. Wait, is she real? That’s up to you to decide. :)

Now, what we do know is that you are real! And we want to ensure you feel real in Moss as well. To do this, we trick our minds into believing we are really in Moss through the environments and Quill responding to our presence. Controllers vibrate when possessing enemies, blocks glow as we get near them, and Quill looks at us and reacts to our gestures and touch. But to get that true sense of immersion, we focused on the subtleties that could take us out of the experience by designing a system called Boopables that gives our virtual bodies a physical presence that impacts the virtual world around us. Similar to real life, grass and ferns move when we brush our hands through them, candle flames flicker as we move past them, and water ripples when we touch it.

In Moss: Book II, we wanted enemies to have the same physical presence experienced by Quill and the player. Now, plants and foliage move and can be cut by enemy attacks. Projectiles launched from enemies also shake nearby vegetation on detonation and generate whooshing Doppler effect as they zip past our hero in combat. We can’t share them all, but there are a lot of new objects and responses in this sequel that we believe will surprise and delight you through interactive discovery, enhancing the overall believability of the world.

With this sneak peek into Moss: Book II, we hope you’ll appreciate the careful thought and work that goes into bringing you the connections and sense of physical presence we believe make the Moss world so special. With each passing day, we get closer to reuniting you with Quill and experiencing these new features. We can’t wait to hear what you think.