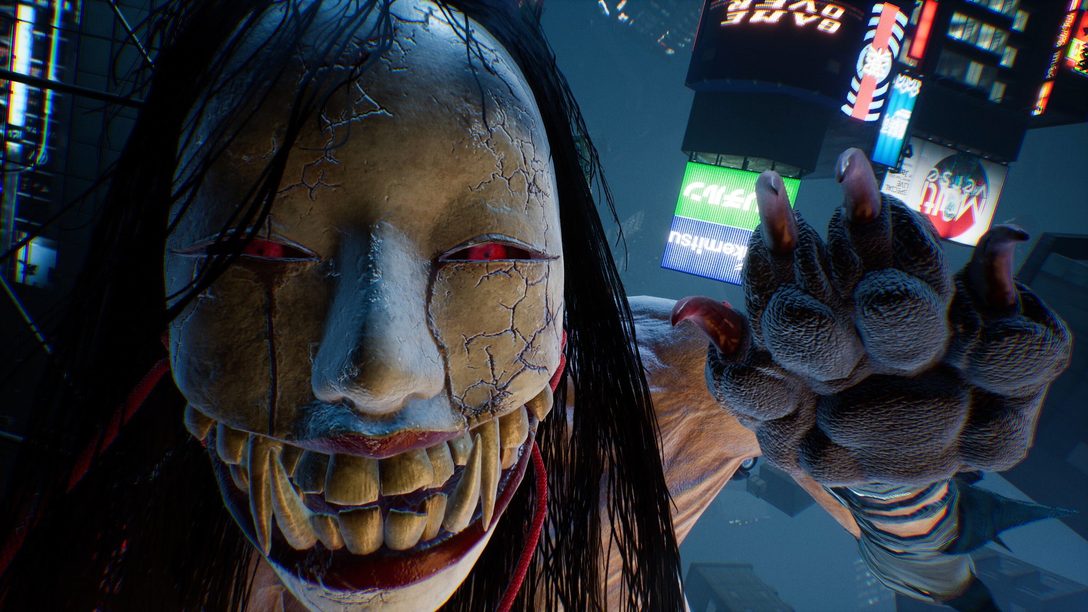 Director Kenji Kimura walks us through the supernatural world awaiting players next month.

Ghostwire: Tokyo is set in modern-day Tokyo after a mass disappearance of its citizens. The story begins at Shibuya’s famous Scramble Crossing, renowned as one of the world’s busiest pedestrian intersections. In an instant, everyone vanishes — except for our protagonist Akito, who suddenly finds himself caught up in events beyond imagination.

A dangerous fog sets in and blurs the line between the normal and the paranormal, sealing Shibuya off from the rest of the world. As Akito, you’ll explore this transformed place and uncover pieces of the mystery of the mass disappearance, your lost family and Hannya, the masked man behind it all.

As you delve deeper into the game, you’ll discover why Akito survived the disappearance and how he gained the power to fight back against the otherworldly horrors that have descended upon the city. Joining you on that journey is a tough-talking detective called KK. At the outset of the game, Akito is caught up in a fatal crash but his life is saved when KK’s spirit merges with his body to pursue his own ends -as a veteran ghost hunter with a difficult past, he has a history with Hannya and an agenda of his own.

After merging with Akito, the two slowly come to understand each other better as they work to achieve their respective goals, though not without the occasional argument along the way. They’re not what you might call fast friends, but we think players will enjoy their colorful back-and-forth as they traverse the transformed Shibuya. 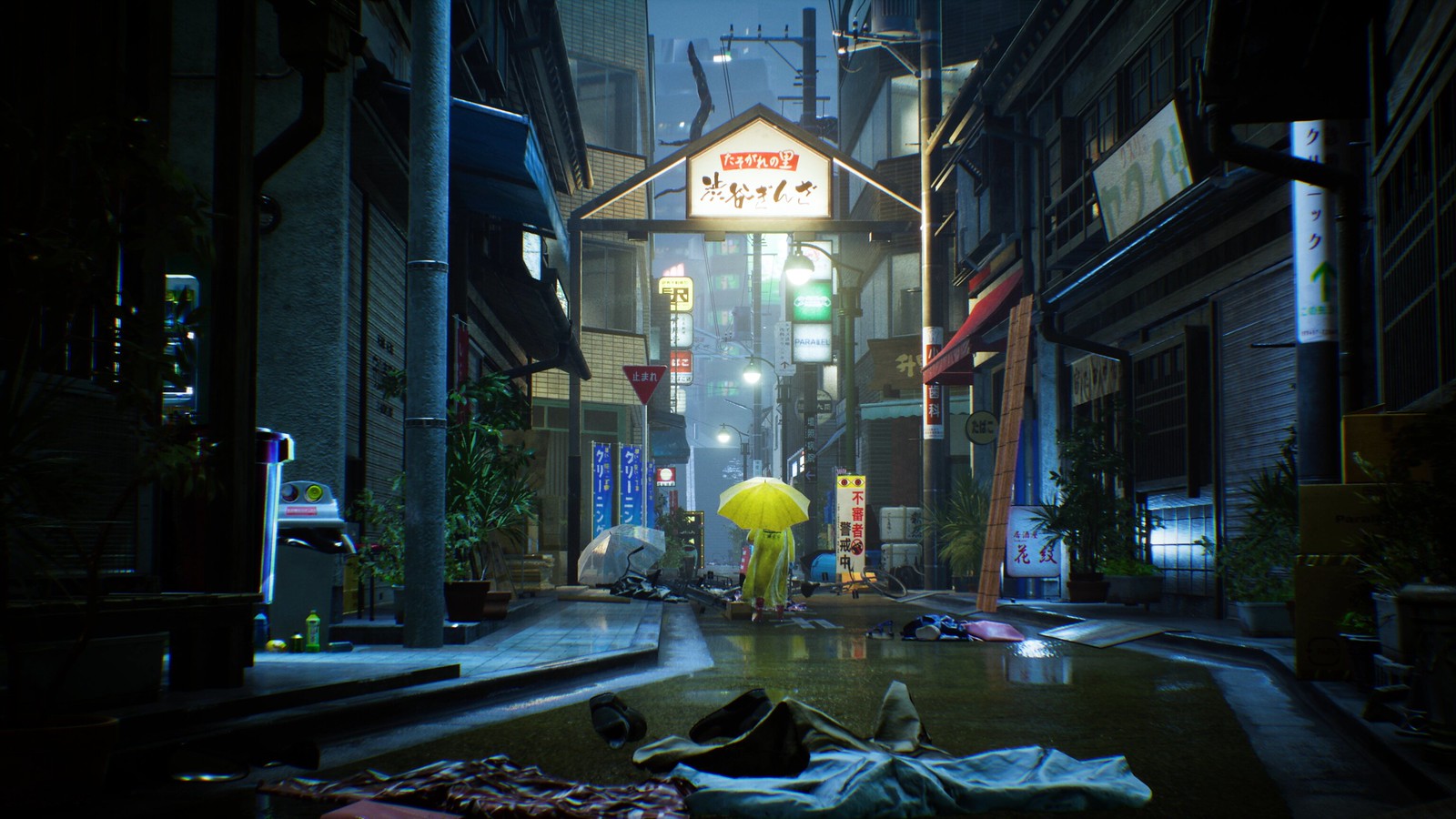 As you make your way through Tokyo, you’ll inevitably run into supernatural beings called Visitors, malevolent foes that stand in Akito and KK’s way. Ordinary attacks from weapons like guns and swords are of no use against these otherworldly threats.

You’ll primarily rely on Ethereal Weaving, hand gestures that allow you to manipulate ether, to combat foes. By weaving this supernatural energy, you can give it form and release it to damage your foes. There are three elements available to weave and each is best suited for different enemies and ranges. Making strategic use of them will be key to getting the upper hand in battle.

The first of the three elements is wind. Wind weaving allows you to rapidly shoot bursts of ether at your foes like a handgun. Next, there’s water weaving. This functions more like a shotgun, allowing you to deal bursts of heavy damage at short range and knock your targets back. These strikes have a wide area of effect, making them extremely useful when you’ve got lots of enemies bearing down on you. The final elemental attack is fire weaving. Think of this one like a rocket launcher. It inflicts massive explosive damage on anything unlucky enough to get caught in the blast. Fire weaving is best-suited for when your enemies are clustered together.

In addition to the three attacking elements, you can also wield earth ether to block enemy strikes. You’ll also get to wield other tools like a bow and special talismans which facilitate a stealthy approach. No matter how you prefer to fight, Ghostwire: Tokyo gives you the tools to confront the opposition in any way you choose in its dynamic and exciting combat. 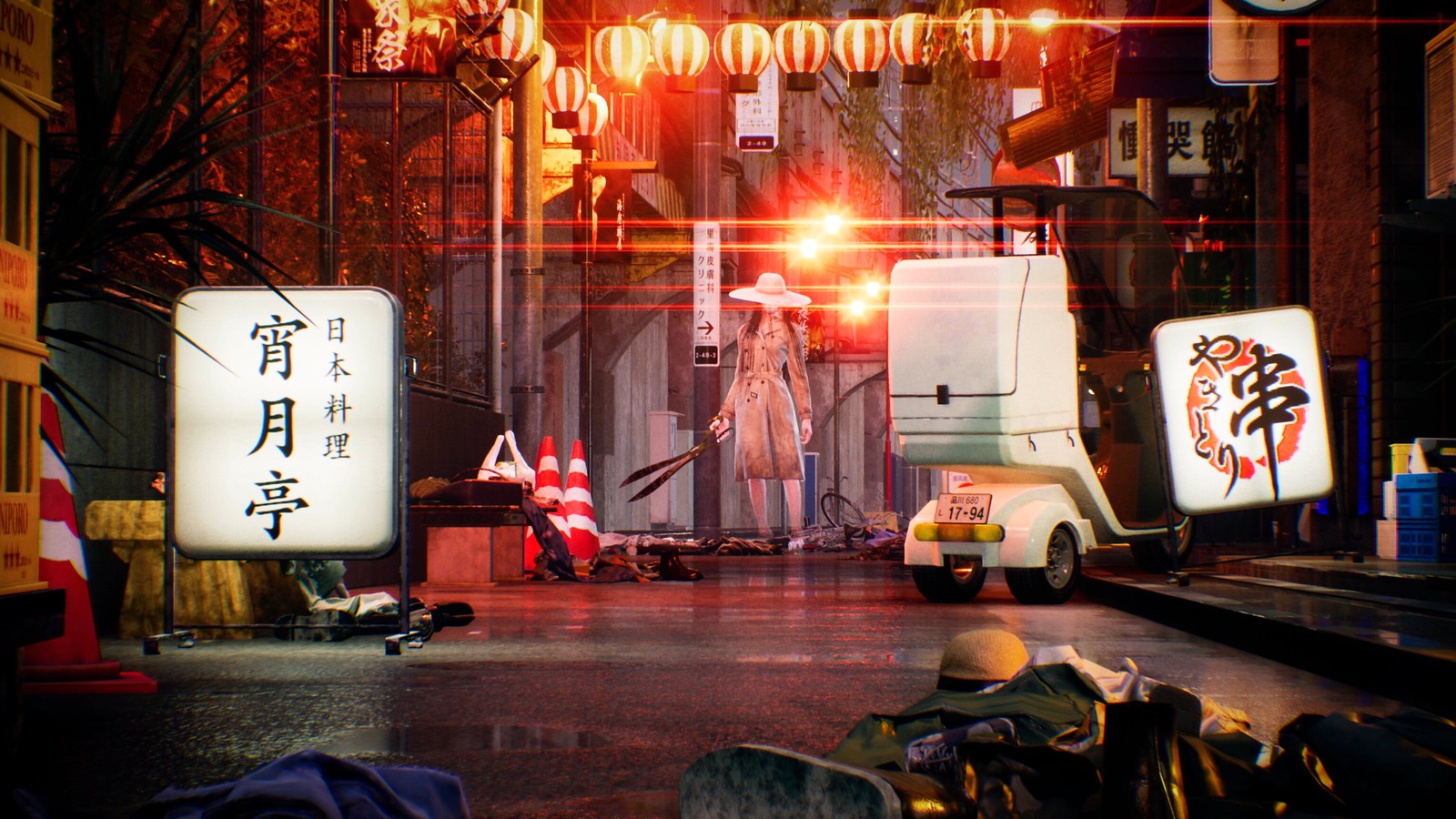 Missions and progression informed by myth and legend

Shibuya has been cut off from the rest of the world by a mysterious fog spewing out of a number of corrupted torii gates throughout the city connected to the underworld. Akito has the power to cleanse this corruption, lifting the fog blanketing the area around them and expanding the area of the city open for exploration. Torii gates can be found throughout Shibuya, not just at the entrances to Shinto shrines where they’re traditionally found but also down dark alleyways and up on the rooftops.

As you make your way down the alleys and plumb the underground depths of Shibuya, you’ll witness all manner of supernatural happenings inspired by Japan’s colorful folklore. For example, one urban legend involves a mystery train that shows up in stations and can’t be found on any schedule. Those who board alone are whisked away to another realm and stranded forever. Is there any way to escape? Ghostwire: Tokyo invites you to take the journey and find out for yourself—should you have the courage to do so! 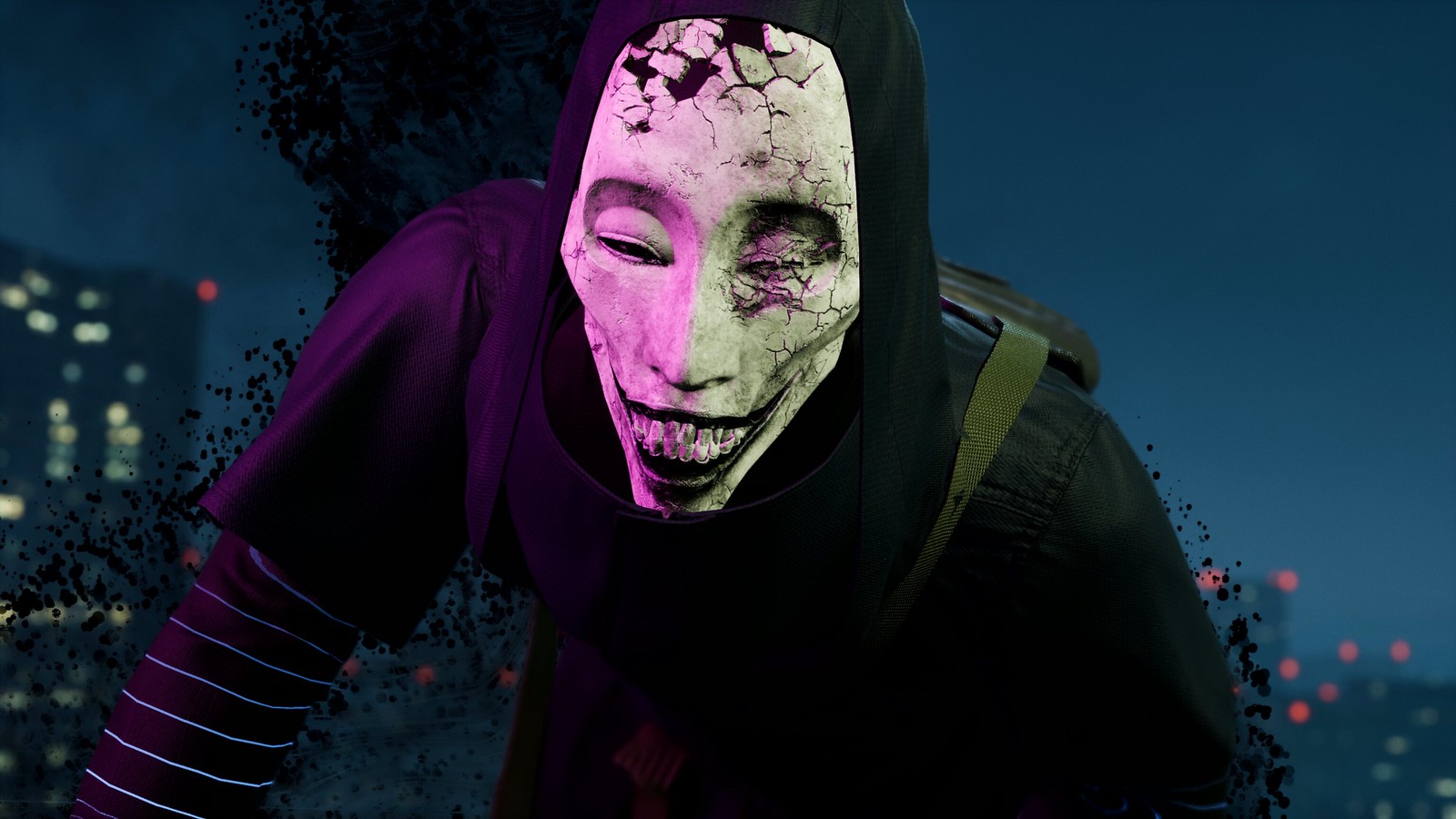 Use spirits and yokai to power up

With Shibuya linked to the underworld, things that were once hidden have now begun to appear out in the open. Though the city has become far more dangerous, not not every newcomer poses a threat to Akito and KK. Some of these beings can help him grow his supernatural powers. For example, take the spirits that can be found drifting through the streets. These lost souls are some of the roughly 200,000 people who vanished at the beginning of the game. Using special phone booths put together by a member of KK’s team, Akito can send these souls back to the safety of the outside world, which lets him level up and unlock new Spirit Skills.

You’ll also be able to discover personifications of different natural phenomena roaming the streets. These mythological beings are called yokai, and you’ll be able to run into varieties of them such as kappa, ittan-momen, rokurokubi and many more. Finding them is only the first step, though. Each requires a different and unique method to capture them and harness their power. Kappa, for example, love to eat cucumbers so bringing a few along will help you lure them out into the open. The ittan-momen’s cloth-like bodies can fly and must be chased through the air, whereas the sneaky, long-necked rokurokubi have to be stalked through labyrinthine back streets.

With no humans left, the convenience stores and stalls of the city are now being run by cute cat yokai called nekomata. These enterprising felines sell all sorts of goods including food, talismans, arrows and more. Just make sure you bring plenty of meika, the supernatural currency of choice post-vanishing.

The local creatures like the nekomata and fuzzy tanuki also have plenty of work that needs doing. Help them out and you can obtain protective charms and other items sure to come in handy in your exploration. Of course, no material reward could ever match the satisfaction of helping a cute little friend out.

As Akito’s power grows, he’ll be able to strengthen his Ethereal Weaving attacks, better sense supernatural elements in his surroundings, glide through the air for longer and longer, and even hitch a ride with winged tengu by grappling onto them. 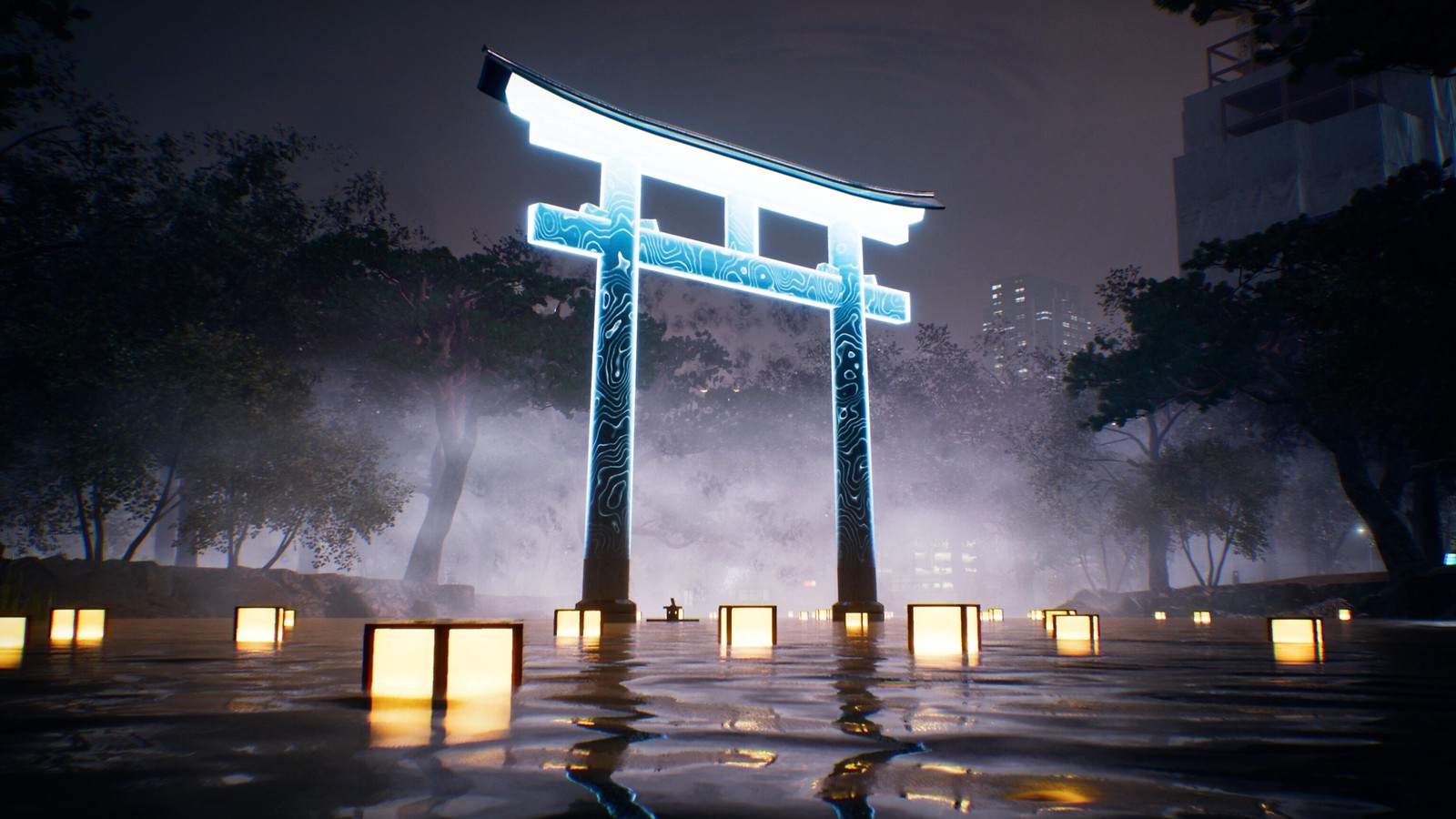 Tokyo: where tradition and modernity collide

Around the world, Tokyo is known for its towering skyscrapers and glimmering neon lights. However, a quick detour from the beaten path will reveal old houses, ancient temples, shrines and plenty of history spreading across the city. Despite being a modern city filled with all sorts of cutting-edge technology, Tokyo is also a place where you’ll find the many aspects of nature reimagined in the form of colorful yokai creatures.

The city has more than its share of urban legends and tall tales delving into humanity’s curiosity (and at times, fear of the unknown.) In many ways, Tokyo embodies the balance between modernity and nature that makes the culture of Japan so appealing to people from within and without. It is this appeal that the Ghostwire: Tokyo team works so hard to capture in our depiction of this city that tens of millions call home. With the PlayStation 5’s unique 3D spatial audio capabilities and ray-tracing technology, you’ll be able to experience the charms of the city brought to life like never before.

Embark on an action-packed trip through a paranormal metropolis in Ghostwire: Tokyo, arriving on PlayStation 5 systems 25th March 2022. PS Plus members can enjoy an exclusive 10% discount when they pre-order now on the PlayStation Store. Additionally, pre-orders will also receive the following digital content:

Pre-order for PS5 software “Ghostwire: Tokyo” Physical Standard Edition will be available from 15th February 2022 at all PlayStation Authorized Dealers and Sony Stores. Customers who pre-order Ghostwire: Tokyo will receive their choice of Steelbook out of 2 available designs. Please check with your local retailers for details of the design, while stocks last.

Ready to team up with KK and take back the city from Hannya’s supernatural invasion?