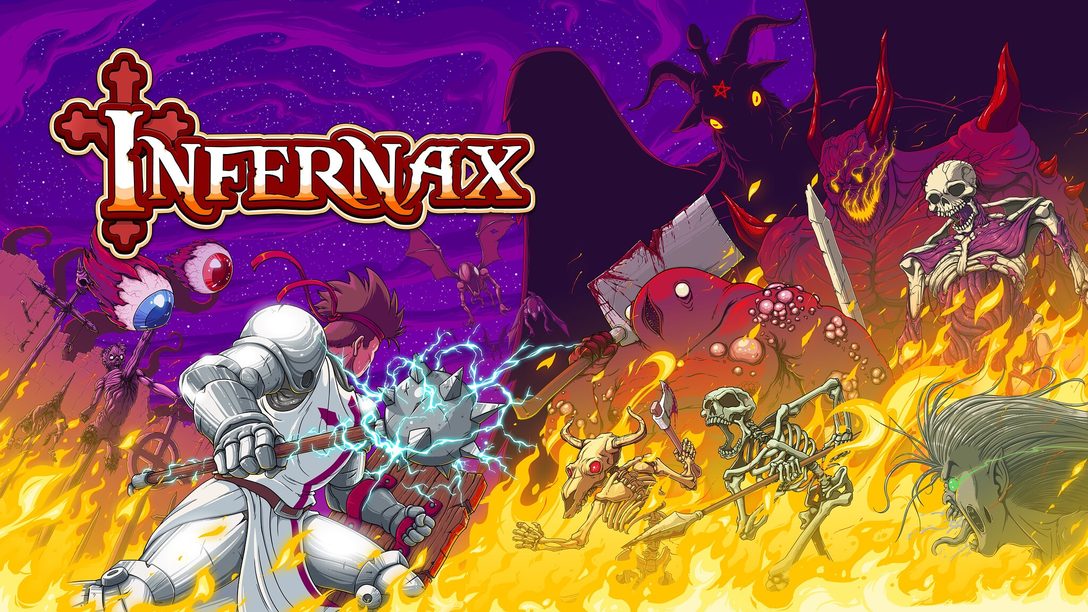 The monster-slaying adventure will be available this Valentine’s Day.

Hey dudes, Mike from Berzerk here with some fresh blogpost for y’all. With Infernax coming February 14, the day of love, we figured we’d let you in behind our velvet curtains to show you what makes this retro action-RPG tick.

Part of what made us want to do Infernax in the first place was to create a game the closest to something we would’ve played back when we were but wee childs. To be more exact, we wanted to have a game that looked like it was straight out of the 80s but would have never been released, a mythical game you’d talk about in the school courtyard, a game that had everything you wanted in your child’s mind.

So we went with that premise, instead of going with a 100% accuracy we decided to design the game around the imagination of a sugar powered kid; we took a skeleton of a few games we liked and powdered that with a ton of “no way” moments.

What if the game remembered what you did, what if it had way too many secrets, what if it was also disgustingly gory; it’s all of those things. The story is all built on your decisions, and those decisions guide what upgrades you get, what quests become available to you. 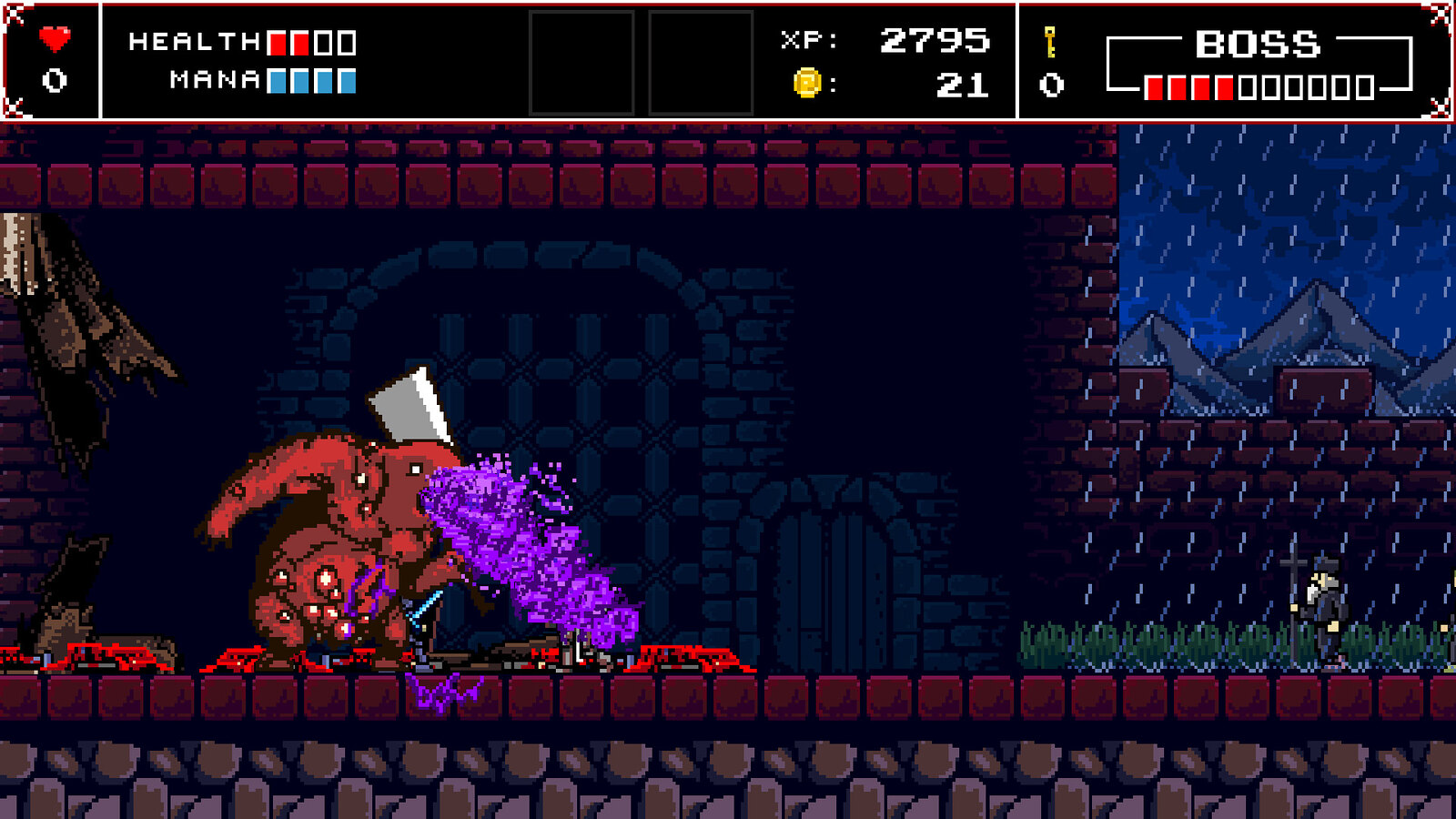 Fun part about that process is that most of the things we’d speculate games to be able to do (and by speculate I really mostly mean we’d lie our asses off for a moment of glory during recess) ended up in modern game design.

What we ended up doing was creating an evolutive narrative that took the player’s choices into consideration, every choice they’d make would move the story forward in one way or another. That in turn created a fun new dynamic that people would want to replay the game to see what would have happened if they did something different, and true to our younger selves we decided it would be hella rad if when they did, it actually changed how they’d play the game, because nobody wants to do the same thing twice just for a blurb of text. Could be that saving this one guy from hooligans gives you a different spell, or maybe some brigands you chased come back for you later on, what if you joined them instead, maybe they’d split the spoils with you?

So that snowballed pretty fast and we ended up with like, over a handful of different playmodes that you unlock every time you finish the game, or that you can unlock via a code.

Oh and blood. Gallons of blood. Several truckloads of blood. Gory bits and everything in between. Because there’s no way that would’ve passed the counsel of video games back in the 80s.

One of the biggest hurdles we’ve had, I mean other than defying the whims of whoever is running this simulation, was trying to expand a small cryptic experience to a more accessible longer experience without losing what made it special. Our game was initially only an hour or two long, it was designed to be a short, but hard experience.

Playing the knife game is fun for 10 seconds, but 7 hours straight might be a bit pushing it.

It was always meant to be difficult, punishing, unforgiving, that was the design; that was the original selling point, the vision.

We wanted to divert from the conventional mold, not feed the player the solution but rather let them feel smart for figuring it out. But that’s pretty much fighting against 30 years of established game design, with arrows pointing the direction you need to go, or magical creatures whispering sweet nothings in your eardrums.

On the other hand, we did want a wide variety of humans to be able to enjoy Infernax, not everyone is a thirty-something masochist that enjoys having to dig through dusty tomes to find what hidden block holds a chicken.

Accessibility and old school design go hand in hand about as well as anchovies on a pizza; yeah I said it, fight me.

So we made some concessions to expand the game’s world without feeling tedious. We changed some expected irritants to make them more palatable: a well placed save point will go a long way. We implemented a new difficulty setting that adds a few in dungeons for those who don’t enjoy the thrill of failure, so they don’t have to learn perfect execution. We also made the decision that some parts were going to make you feel like the game hates you, and that’s okay.

On top of that, we remembered a little something we’d used to do as kids when a game was too hard for us: cheat, cheat the hell out of it. 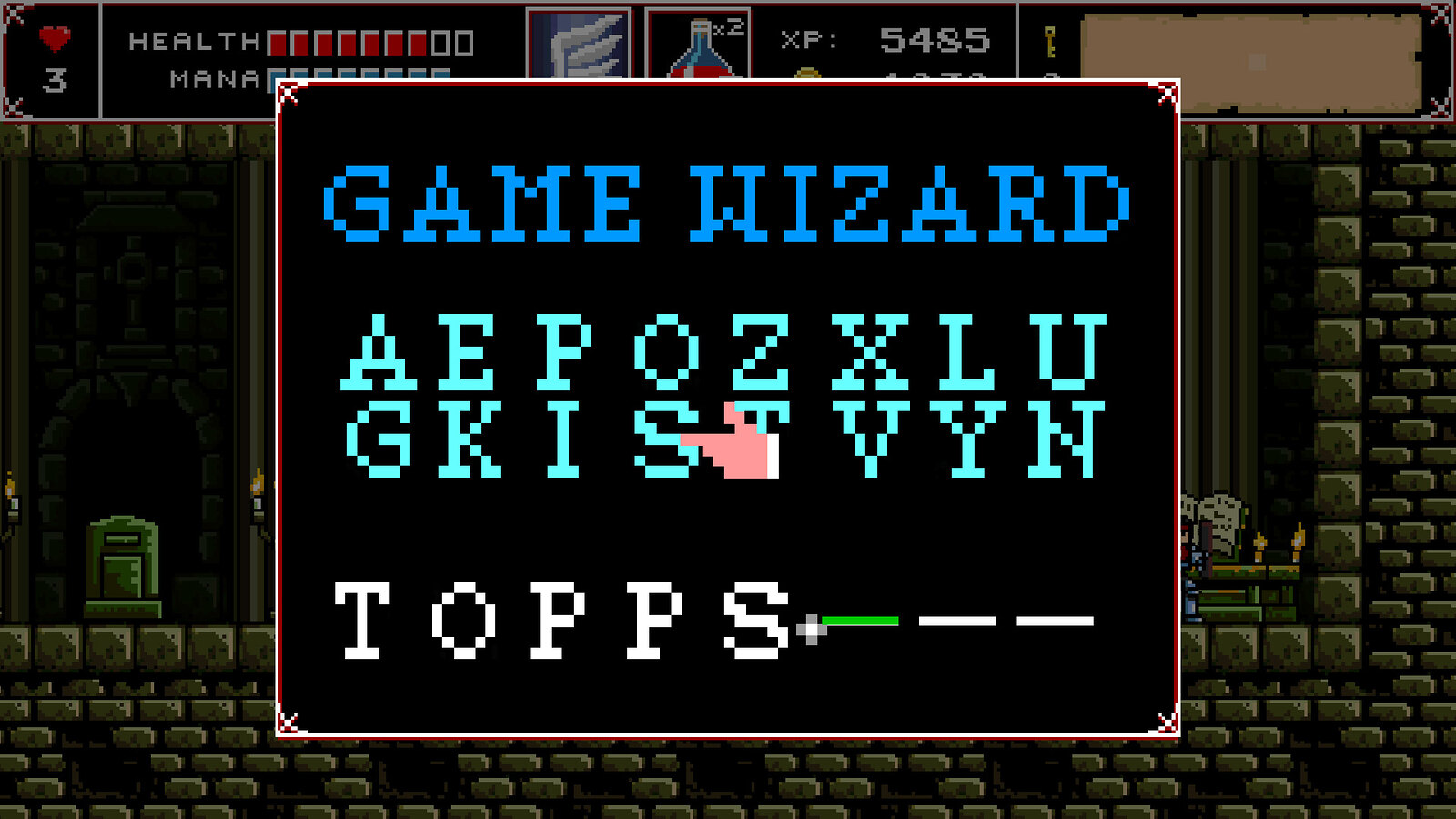 We already had the code system implemented to modify the game in some way, why couldn’t it work like it actually did back then? We added various game modifiers through these codes that help the player through harder parts if they need to, people are going to cheat anyway, might as well help them do it right.

The result is something unique, and something we’re very proud of. We hope you like it as much as we had fun making it. So yeah, this Valentine’s Day of 2022, show your loved one you’d die for them, over and over and over in Infernax!