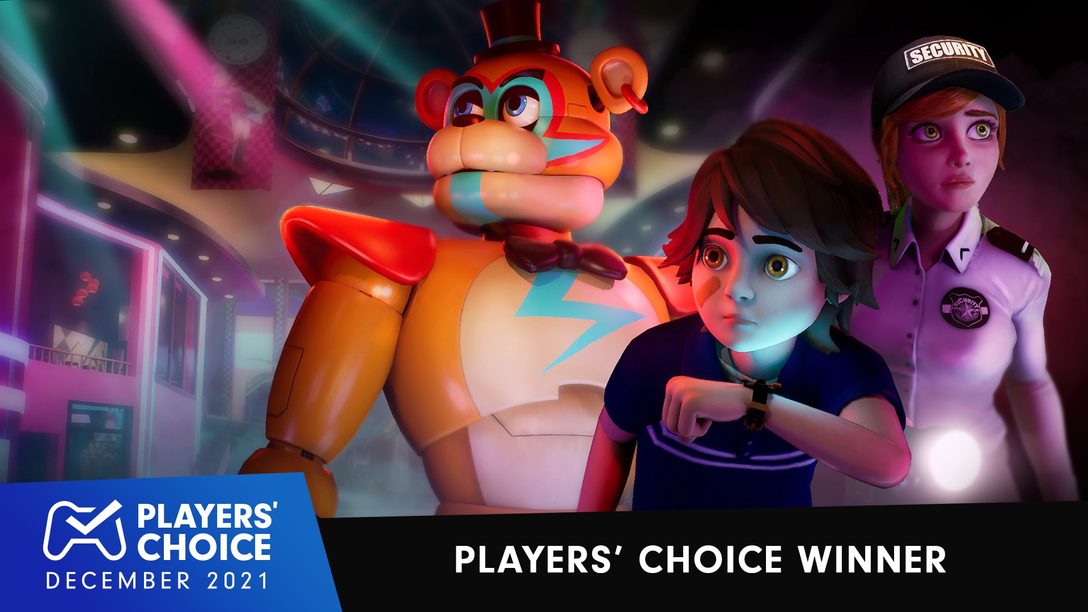 Did you survive your visit to Freddy Fazbear's Mega Pizzaplex?

Five Nights at Freddy’s fans showed up this month! The long-running horror series’ newest entry handily bested the other nominees in December’s poll, bringing home more than half of your total votes. Congratulations to Steel Wool Studios!

Now that 2021 is behind us, which game do you think will take the crown in January’s poll?

Alright gang, let’s do this one more time. The polls have officially opened for the final Players’ Choice poll of 2021! You’d be forgiven for assuming December was a quieter month, but we were graced by the release of long awaited titles like Among Us, Solar Ash, Five Nights at Freddy’s Security Breach, Final Fantasy XIV Endwalker, and more.

We’ll close the polls at 11:59pm Pacific on Sunday, January 9, so get your vote in before then.