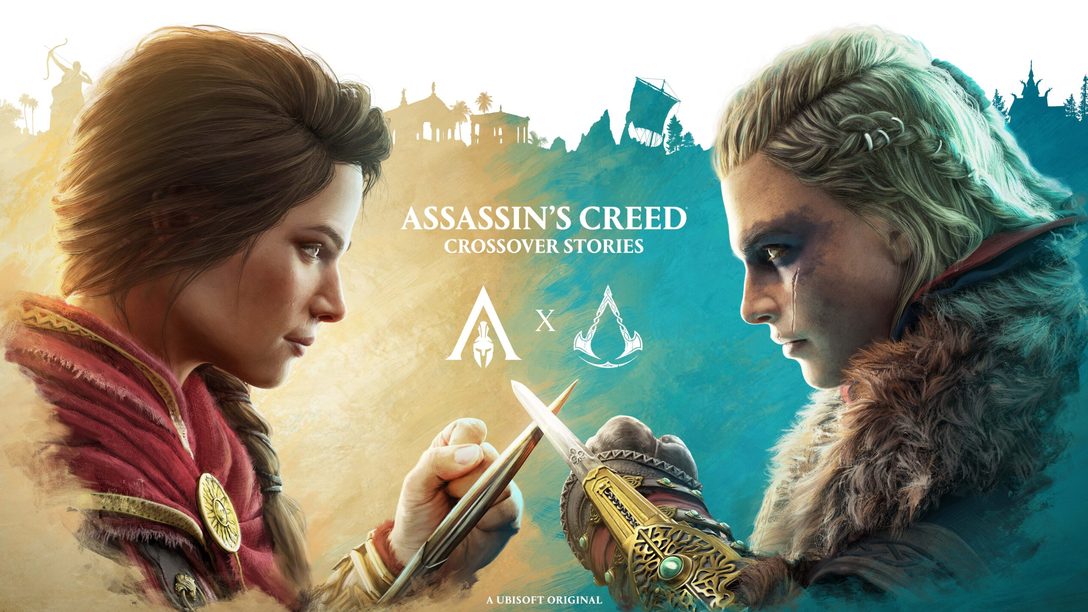 Ubisoft explains how this new DLC, which sees Kassandra and Eivor face off, came to be.

Assassin’s Creed games have been massive dives into major moments of human civilization, with each title seldom crossing paths. Outside of Easter eggs and mentions of the heroes who helped shape history, the major protagonists of Assassin’s Creed have never shared the same spotlight, but Ubisoft is about to change all that with its very first Crossover Story.

Every Assassin’s Creed game is headlined by distinctive characters, heroes who continue an age-old conflict with their own sense of style, personality, and a talent for acrobatic anarchy. While every fan has their favorite Assassin, you’d be hard-pressed to find anyone more popular than Assassin Creed Odyssey’s Kassandra, a straight-talking and hard-hitting mercenary from ancient Greece.

Never afraid to get her hands dirty, Kassandra’s journey in Assassin’s Creed Odyssey was the stuff of legend, cementing her position as one of the best protagonists in the entire series. That epic trek through the myths and legends of Greek culture raised the bar for the Assassin’s Creed franchise in 2018.  But if you’re one of the many fans who’ve longed to see more of Kassandra, we have good news: She’s making a comeback.

“When we look at all the Assassin’s Creed content released, they are all connected by characters, lore, locations, and moments in history. Even after the games are released there are stories to tell, questions to be answered,” says Ubisoft Quebec Associate Creative Director Clémence Nogrix.

“When we looked at the most recently released games and their place in the overall world timeline, we saw an opportunity to bring back the spotlight on a very unique character in the brand, with Kassandra. With her immortality starting in 431 BCE, the notion of connection with other games started there, and we needed to kickstart her new journey, a unique odyssey in a way by asking ourselves ‘What did Kassandra do when she became immortal?’ So we started with Assassin’s Creed Odyssey, and seeing as Assassin’s Creed Valhalla was the most recently released game, it was an opportunity to bridge both of them and answer the question ‘’What happens when two Assassin’s Creed protagonists meet?’’.

Tomorrow, players can experience this ambitious crossover event firsthand, one which bridges both the worlds of Assassin’s Creed Odyssey and Valhalla to tell a new story. Filling in one of the many gaps of Kassandra’s century-spanning life–play the Odyssey expansion to find out how she accomplished that feat — the Those Who Are Treasured DLC sees Kassandra on the hunt for an Isu artifact that has world-changing potential.

Taking place after the events of Assassin’s Creed Odyssey, Kassandra (or Alexios if you played the game as her brother) has decided to take a well-earned rest, spending their days drinking fine wine and their nights gazing at the stars. That break from exploring old tombs and battling ancient monsters comes to an end though when old friends come calling, and a new quest to recover a dangerous relic of the past sets the hero on a new quest that takes them all over the world.

That journey eventually brings Kassandra (you won’t see Alexios making this journey) to the Isle of Skye in Assassin’s Creed Valhalla’s crossover story, A Fateful Encounter, where she runs into Eivor. That first encounter will see the two warriors fight out their differences on the battlefield.

While Valhalla’s part in the Crossover Story keeps you firmly in the boots of Eivor, Kassandra’s influence plays a major part in the story. Having lived for centuries, Ubisoft wanted the fan-favorite character to show how much she had grown over the ages, without losing any of her charm along the way.

“We had to keep in mind that Kassandra is over 1,300 years older,” says Nogrix of Kassandra and Eivor’s first encounter in the crossover. She has traveled the world and seen the rise and fall of the roman empire. We wanted to make sure that players felt she had learned and seen a lot, but that she was able to stay the same at heart. It was challenging in a way that we were attentive to each hero’s personality, but we made sure they both showed what they were made of on the battlefield. The team did an amazing job with that encounter scene.”