Aeterna Noctis — The King of Darkness’s weapons and abilities 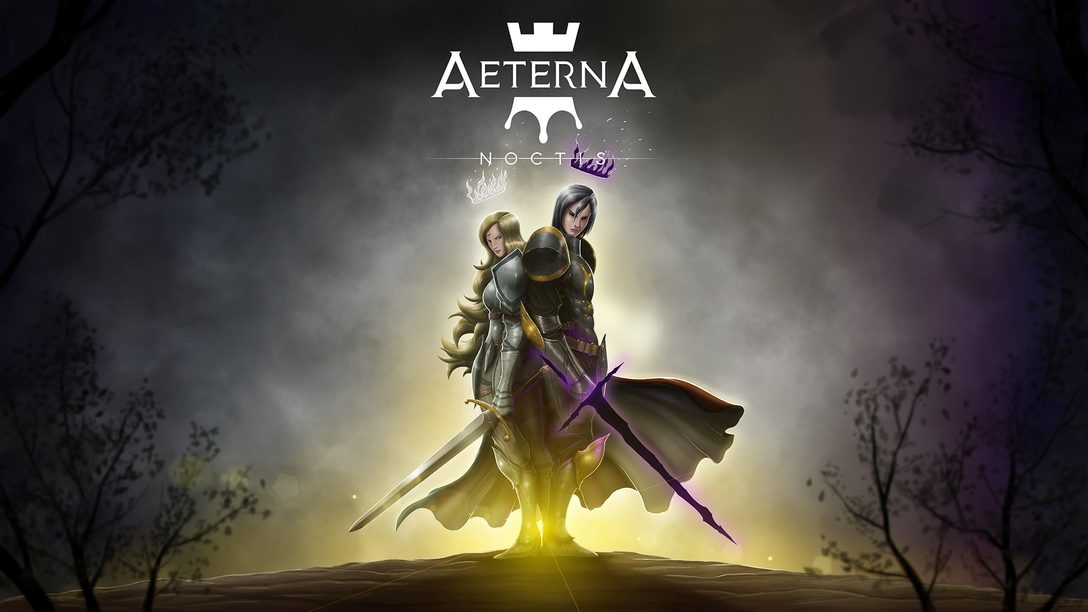 Learn the skills that’ll keep you alive in the explorative action-platformer, out December 15.

Aeterna Noctis, our team’s action-exploration game, launches on PlayStation 5 December 15. The game takes full advantage of the power of PlayStation 5 and the DualSense wireless controller. Aeterna Noctis feels like an action and exploration game from start to finish offering a large world to discover made up of 16 different and interconnected areas, presenting a diverse weaponry and a large skill tree that will delight players. Let’s take a closer look at the weapons and abilities you’ll wield in Aeterna Noctis.

The weapon roster of the King of Darkness, the main character of this adventure, includes several ranged and melee tools created to defeat hordes of enemies and legendary bosses.

The trusty melee weapon of the King of Darkness. This is one of the most versatile weapons in the game. A devastating blade with high speed and movement varieties. Perfect for almost any combat situation.

Called “The Bloodthirsty Weapon” according to the game’s lore, it’s a weapon that speaks for itself. This huge two-handed scythe decimates enemies upon impact in a bloody flourish. Splattered life essence helps the King of Darkness heal.

The heaviest weapon of the list, and can be found a few hours into the adventure. Players can charge up a powerful swing to crush enemies. Perfect for cleaving through large groups of enemies.

Death from above. The King of Darkness can pierce foes with the spear when jumping or falling from high up.

One of the most versatile melee weapons of Aeterna Noctis. The King of Darkness’s katana allows the player to charge attacks, destroy enemy projectiles, perform special combos, and teleport behind enemies

In addition to these deadly implements, the King of Darkness also wields various projectiles and ranged weapons.

This sharp throwing star chases enemies and causes them to bleed — another great opportunity for the King of Darkness to leech some health back.

The King of Darkness attacks with a range of projectiles, which can activate certain switches, help solve puzzles, and avoid hazards. Players will learn to use a range of arrows, including light, darkness, and blood. The light on the DualSense controller even indicates which arrow is currently equipped, like yellow to indicate light. Look forward to feeling the impact of these magical arrows thanks to the DualSense controller’s haptics.

Innovative teleport arrows let the King transport themselves wherever the projectile hits, a great example of abilities that have puzzle-solving and combat utility. Aeterna Noctis also features classic exploration abilities like dash and double jumping.

These precious stones let players enhance weapons and abilities. By combining these gems and the different skill tree builds, players can enhance the King of Darkness to suit their play style. And don’t worry, you can easily reset the King’s skills to create a new build.

We’re so excited for players to venture into the gorgeous, hand-drawn 2D world we’ve created when Aeterna Noctis launches on PS5 December 15.