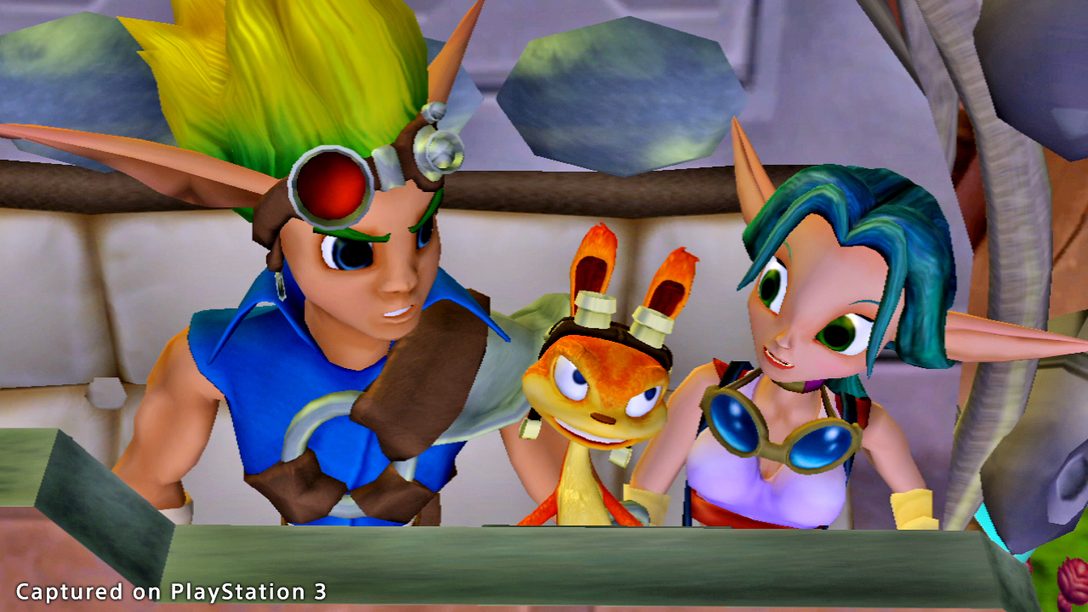 A look back on the iconic PS2 platformer with Naughty Dog, Insomniac, Bend Studio, and more.

Believe it or not, 20 years have passed since a certain courageous teenager and his plucky ottsel sidekick entered our lives. Naughty Dog’s Jak and Daxter: The Precursor Legacy launched on PlayStation 2 on December 3, 2001. True to the “precursor” moniker, this platforming debut predates the duo’s eventual forays into open-world exploration, desert-bound mayhem, and racing exploits. This first game focuses on satisfying platforming, power cell discovery, and the origins of Jak’s story, told with cinematic flair.

Jak and Daxter: The Precursor Legacy inhabits a fascinating place within Naughty Dog’s gameography, fitting between the pure platforming goodness of the Crash Bandicoot trilogy on PlayStation and the blockbuster adventures of Nathan Drake in the Uncharted series starting on PS3. Despite this first title’s focus on platforming, it’s impossible to overlook Naughty Dog’s signatures, including fluid character animations, richly detailed worlds, and engaging cinematics. I personally have fond memories of collecting every last power cell and hovering in the fantastical Zoomer vehicle.

To mark the anniversary, we’ve invited friends from PlayStation Studios and other third-party studios to reflect on the milestone and share their first memories of jumping (and double-jumping) into the world of Jak and Daxter.

“The biggest thing I learned was the challenge of designing an open world game without using load times! We set out from the start to design a world and not levels like we were used to coming from Crash, and we made it a rule that if you could see it you could walk (or boat or fly!) to it and that when you reached a building or cave that you could go inside and that the inside would have to fit within the space that the exterior could support. It wasn’t easy!”

“I remember being really excited about the physics that had been added to the rope bridge by the programmers, because we had rope bridges on Crash Bandicoot, but they did not have physics on them. We were just jumping up and down on the bridge and marveling about how it reacted to Jak jumping on it.”

Concept art for Jak, the courageous primary hero of the franchise.

“When Jak & Daxter first came out, it really broke a lot of ground. The graphics were top-of-the-line at the time and it allowed you to play through very large areas without loading screens. On top of that, it was great fun. Jak had a lot of traversal and combat options, and Daxter was the comic relief. The crazy celebration animations when you found a Power Cell were half the reward.”

“Jak and Daxter was one of the games I would play at my grandmother’s house when I was little. I remember that she specifically owned a console just for us when we came over to visit and Jak and Daxter: The Precursor Legacy was one of the games we would play for hours. I will forever remember how hard it was, as a kid, to cross the Volcanic Crater on the A-Grav Zoomer or how hard it was to catch 200 pounds of fish for that darn fisherman! It was the first game that I truly considered a favorite of mine. I even mentioned Jak and Daxter when I was interviewing for Insomniac because it had such a huge impact on my life and love for games. Never thought I’d get the chance to work alongside such an iconic company but it’s truly a dream come true!”

“As a kid, I was amazed by the world Naughty Dog created — the humor, the vibrance, the storytelling. Jak and Daxter is a series about best friends overcoming odds, told through incredible cinematics and gameplay. It opened my eyes to the power of narrative and continuity, while taking huge risks that went from the lightheartedness of The Precursor Legacy to the mettle of Jak II. How Naughty Dog extracted this much heart from a vengeful eco-fueled man and a tutorializing shoulder-weasel (errr… Ottsel) is beyond me. But it’s a series that founded lifelong friendships and brought me closer to the PlayStation community.”

“I vividly remember Jak and Daxter playing like a great interactive cartoon. The Disney-like animations, the narrative, the funny relationship between the two main protagonists, it all felt like a new barrier had been smashed. And as always with Naughty Dog productions, it looked stunning and played amazingly well too. Looking at it today, I feel this game sits very naturally between Crash Bandicoot and Uncharted. We could say it was the precursor of a great legacy.”

“I recall seeing the Jak and Daxter demo at E3 2001 and being blown away by it. It was the first time I’d experienced an open world with such an incredible level of fidelity, seamlessness and personality. Then I was told how Andy Gavin and the team had devised their programming language for the game, so it was pretty clear this was going to be a groundbreaking game in many ways, and it was.”

“I was blown away by the freshness of the visuals, the attention to detail on the environments, and the animation on the characters. No loading times was a game changer! Even today, we can see the legacy of Jak and Daxter within the more recent titles from Naughty Dog; the attention to detail, ground breaking technology, superb animation, the storytelling, and character development can be traced back to a game that featured a farm boy and his best friend.”

“What amazed me most about the first Jak and Daxter were the characters — they were so beautifully animated, tightly scripted, and funny.  Being a character artist and rigger at the time, I was in awe of the amount of detail the animations had and the liveliness they exuded.  When set in such an awesome and strangely believable world, the game just set a totally new benchmark for combining storytelling and gameplay.”

What moments from Jak and Daxter: The Precursor Legacy stick with you most? Share with us in the comments below.