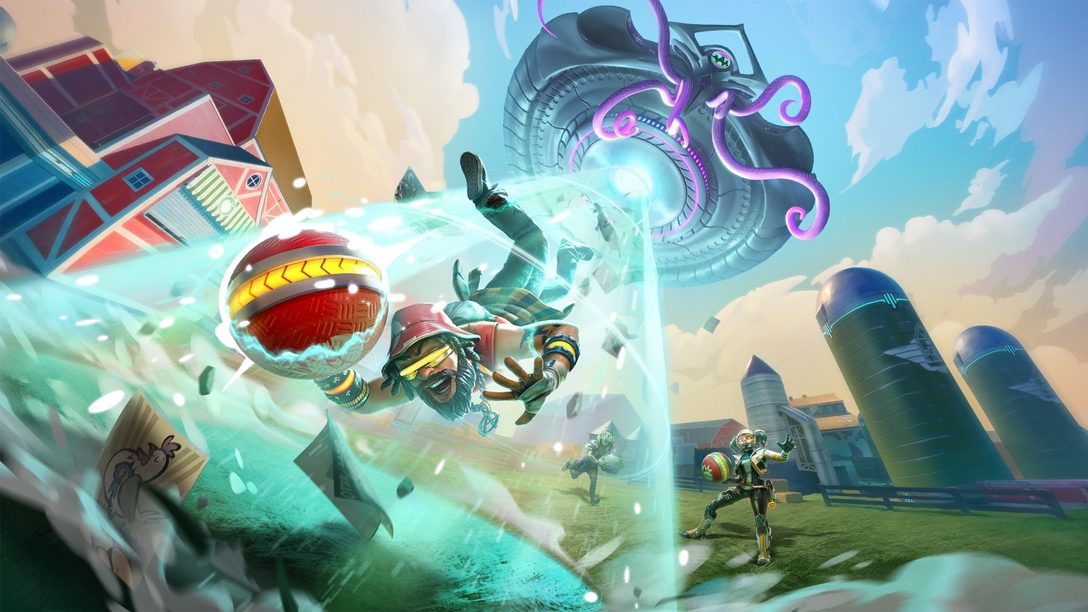 I’m Zack Hiwiller, Lead Designer on Knockout City. I’m here to tell you that things are getting tense in Knockout City. First, we had an AI start taking over everything (Why can’t Perennial Labs just make AIs that, I dunno, help you find somewhere to go for lunch?), and now? You wouldn’t believe me if I told you. It’s better if you just… watch. Here, check it out in this trailer:

One of the benefits of developing a live service game like Knockout City is that you can constantly try new things. If these things work for players, you build on them. If not, you try something else. The cycles can be really rapid. We want to constantly update game content and keep each experience fresh; we packed Season 3 with events, and you can expect more where that came from in Season 4. We have four two-week events planned for a twelve-week season which starts with our Conflict Escalation Playlist on December 7 and ends, as always, with a week of Midnight Madness at the end of February. The start of Season 4 will also feature our new map: Alien Smash Site. 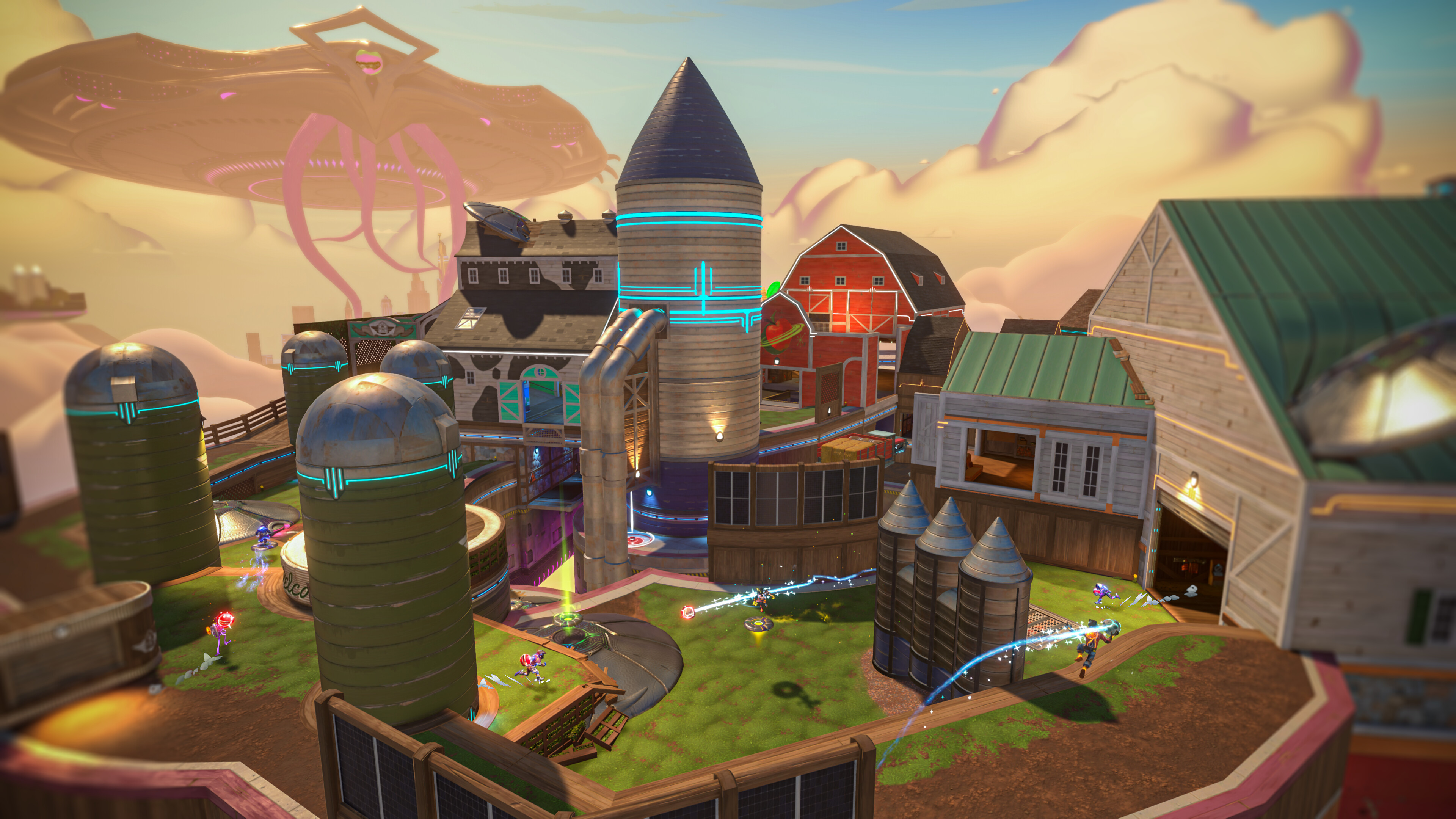 The level design process on Knockout City gives us the flexibility to focus on centering each level around a specific unique mechanic. For instance, at the Holowood Drive-In, we have movie vignettes that change every minute, significantly changing the level geometry throughout the match. In last season’s Lockdown Throwdown, we added menacing-looking turrets that shoot cage balls at you if you get caught in a Security Drone’s spotlight.

This Season, we’re taking brawlers to Alien Smash Site, located on a peaceful farm hovering high above the ground on the outskirts of town. It was a peaceful place in Knockout City until recently, when the Knockout City Defense Force shot down UFOs directly on top of it. It has a full range of combat spaces: tightly enclosed barns, big open gaps (more on that in a bit), and places to flank and drop into an ongoing battle.

This is Knockout City’s biggest level so far, so it needs something to help with traversal. Luckily, the aliens have left around a bunch of little saucers that you can hover around on and zip from place to place, even using its tractor beam to suck up balls (or players in Ballform, before you chuck `em into the nearest pit). For me, using the saucers is the most fun in our Basketbrawl mode as you can ride the saucers to dunk opponent balls through the hoops.

Hovering is a great benefit because there are a bunch of pits in the level that are difficult to traverse otherwise. Of course, getting hit with a dodgeball above a pit might knock you off your ride, so you have to be careful. As always, we try to pair benefits with drawbacks so that every choice is situational. Riding a saucer makes you faster and gives you more traversal options, but you become a more visible and vulnerable target. There’s a lot of verticality on this map to deal with.

Alien Smash Site is a lot of fun, but nowhere near all we have going on. We have a new 100-level Brawl Pass filled with all kinds of rewards, a new Season of Deep Space Dispatches (our ongoing audio transmissions revealing the story behind the season), and of course, a suite of alien-themed cosmetics (which you now have more time to complete, including those shiny Diamond contracts at the end). As always, you earn enough Holobux in each Brawl Pass to buy the next season’s Brawl Pass, so you never miss out on those exclusive cosmetics. And, to top it all off, we now have a native PlayStation 5 version (with a free upgrade for PlayStation 4 owners) for even better graphics  and an option for 120fps. You can still get the game for free on PlayStation Plus through the December 6. Download now, so you’ll have access to Season 4 when it launches the next day!

Just like our alien… friends… we are always listening and making changes based on your feedback. Join our Discord server and let us know how you’re enjoying everything Season 4 has to offer! We’ve brought back Team KO in League Play by popular demand and we have a lot more great stuff in the works that I can’t tell you about yet. The aliens won’t let me mention… *painful scream* I mean, uh, I’m limited by my development contract. Yeah, that’s it. Heh.