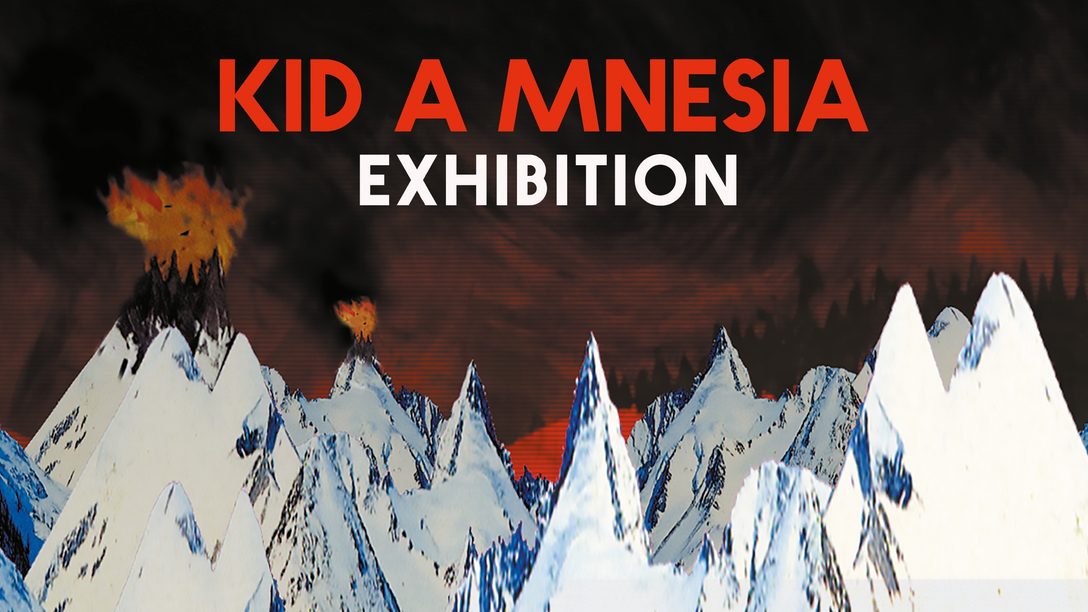 Thom Yorke and Stanley Donwood on how a physical celebration of the band’s work turned into a one-of-a-kind virtual, fully explorable experience.

Hello.
So…
Right…
Now then…

Things have been happening…

To mark a period of 21 years since the expulsion of Kid A and Amnesiac from a converted barn in the Oxfordshire countryside into an unsuspecting world we’ve built… something.
We aren’t sure what it is.

To start with, when we first started thinking about it, we intended to build a physical exhibition/installation in a central London location.

It was going to be a huge red construction made by welding shipping containers together, constructed so that it looked as if a brutalist spacecraft had crash-landed into the classical architecture of the Victoria & Albert Museum in Kensington.

This astounding steel carapace would be inserted into the urban fabric of London like an ice pick into Trotsky. Jutting up into the grey English sky. And then – being constructed from shipping containers – we could ship it around the world… New York, Tokyo, Paris…

But then we couldn’t fit it at the Victoria & Albert without parts of the museum building collapsing.
So we changed location – now it would look as if it had crashed into the side of the Royal Albert Hall.
But Westminster council didn’t like the idea one little bit.
And then Covid delivered the final annihilation.

Our dream was dead.
Until we realised…
It would be way better if it didn’t actually exist.
Because then it didn’t have to conform to any normal rules of an exhibition. Or reality.
Much better.

With Nigel Godrich we have been working on this for about two years, through lockdowns, self-isolations and many very long intermittent Zoom calls.
We worked with Sean Evans, a genius video/computer artist who directed it all with awe inspiring dedication and energy, theatre set designer Christine Jones and the game developers [namethemachine] and Arbitrarily Good Productions.
And finally persuading Epic Games to help us put it out to the world.

We had one guiding principle, visually.
NO NEW WORK.

Because… there was loads of it already.

Everything that we built came directly from what we made 20 years ago, in one way or another.

And we had all the multitrack recordings from the albums so we were able to rebuild the audio from the original elements in a new controlled space which wasn’t just stereo.
That was a lot of fun.

Working on something as strange as this over long Zoom calls with a large team of technicians all around the world has been one of the strangest experiences we have ever had.
Unreal in every sense of the word, especially within the months of almost total human isolation.
In all those days of blankness…
A small Minotaur sat on one shoulder saying ‘This is too mad. This ain’t ever gonna happen’
And the other shoulder sat another saying ‘Oh yes. It is.’
What we have made is… it’s something like a mutant re-engineering of Kid A and Amnesiac.
But that’s enough now. Enough!!
It’s all yours…