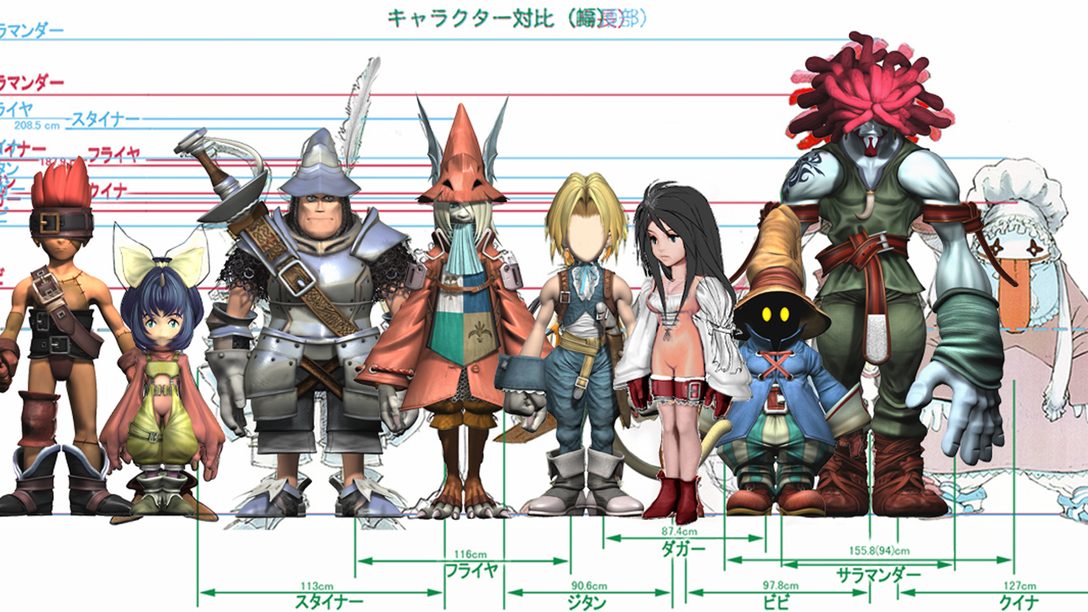 Kazuhiko Aoki recalls the joy of creating a true classic RPG - despite facing trouble in paradise.

Hello everyone, my name is Kazuhiko Aoki, and I was the event designer for Final Fantasy IX. I was responsible for bringing the characters of the game to life, as well as the different scenarios players would experience.

In honour of Final Fantasy IX’s release on PlayStation Now, I thought I’d share some of my personal memories of the game’s development.

That was a big move for me – I wondered what the development environment would be like over there, for example.

However, I didn’t start working on Final Fantasy IX right away. Right before development was due to begin, Hironobu Sakaguchi, the director of the game (and original creator of the Final Fantasy series!), asked me: “How about you make Chocobo’s Dungeon 2?”

As a result, I ended up taking the development staff for that game to Hawaii with me and we made Chocobo’s Dungeon 2 there as well. Maybe some of you played it on the original PlayStation!

Once that game was complete, I joined the Final Fantasy IX team and we started working on the game together.

Looking back while moving forwards

From the very beginning, Mr. Sakaguchi said that he wanted Final Fantasy IX to be a return to our roots. Final Fantasy VII and VIII had been set in science-fiction-inspired worlds, and we wanted to go back to the fantasy style established in the earlier Final Fantasy games. 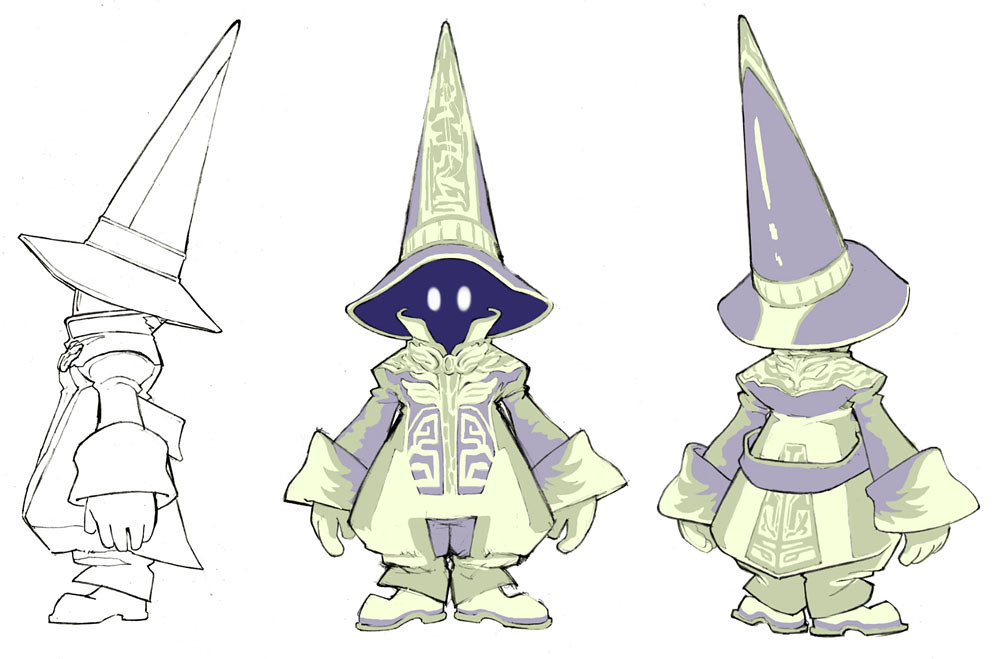 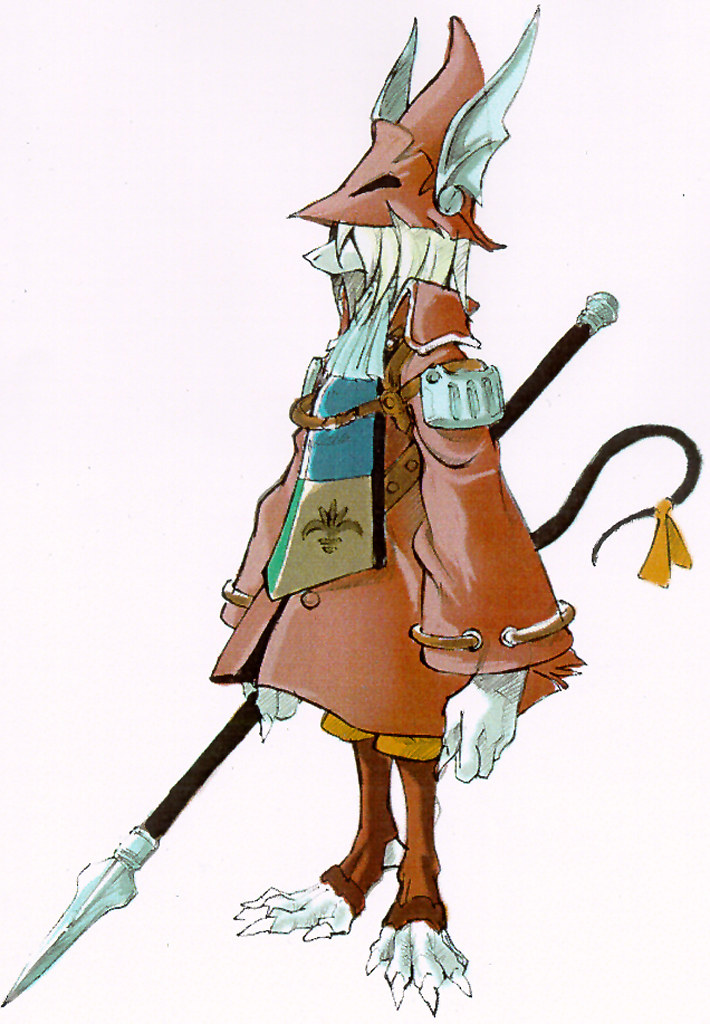 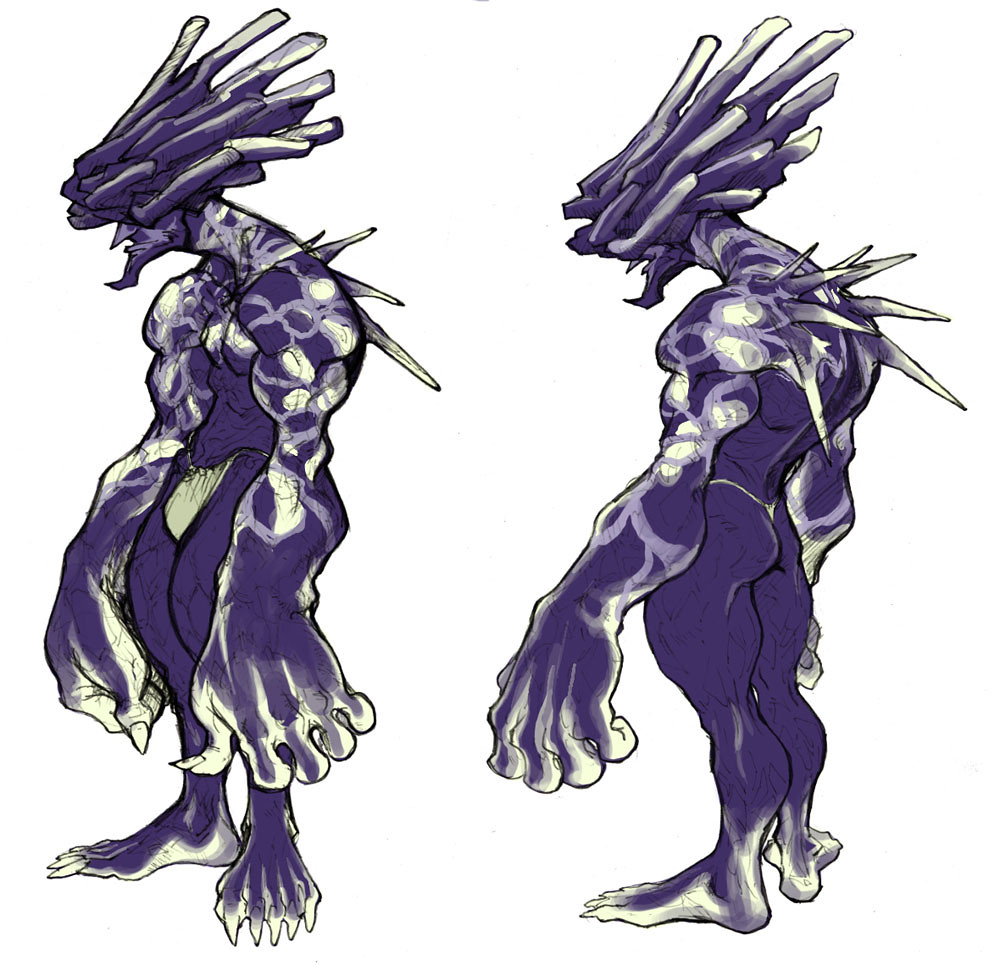 This did cause us a few issues, however. For example, we’d built up a lot of experience depicting taller characters with the two previous games, but in order to best support the fantasy atmosphere of Final Fantasy IX, we needed more stylised designs.

That meant we couldn’t rely on the techniques we’d learned – we had to essentially start again from scratch!

Characters who control their own destiny

It was important to get the designs right because the characters really are the heart of Final Fantasy IX. People who’ve played the game are very attached to the likes of Zidane, Vivi, Dagger, and Steiner.

That’s something gratifying to hear because I worked my hardest when creating them all. One of the themes of Final Fantasy IX is that there’s no such thing as immortality in the world. How you live your life isn’t determined by destiny – it’s determined the instant you make your own decision about how you’re going to live.

We wanted to portray characters who always lived according to the way of life they had decided for themselves, even in their final moments. By making each of them have their own unique charms, we thought people would be immersed in the world of the game.

Of course, I may have been thinking about all this at the start of the project, but once development started all I can remember is being worried about a lot of different things – like needing to make a certain part clearer or adding in additional episodes.

However, I do believe we were successful in our original goal – I think people were able to relate with the characters and how they lived their lives.

Perhaps the biggest problems we ran into when making Final Fantasy IX were due to data limits. Working on the original PlayStation, we were limited by how much information we could fit on a CD-ROM, and even with four disks we were right at the limit of that storage.

Towards the end of the development, we were calculating the data on each of the disks every single day. If we ended up exceeding the storage amount, we’d agonise over how to change the way the story was split over the disks.

It meant we had to make some cuts. For example, at one point in the story, the party splits up to take on four shrines. Initially we planned to make the player use each group of characters to fight, but due to the data limits we ended up only including the Zidane and Quina battle.

Adding to the problem was the fact that we had three months less than originally planned to make the master of the game. The final polishing was incredibly tough! 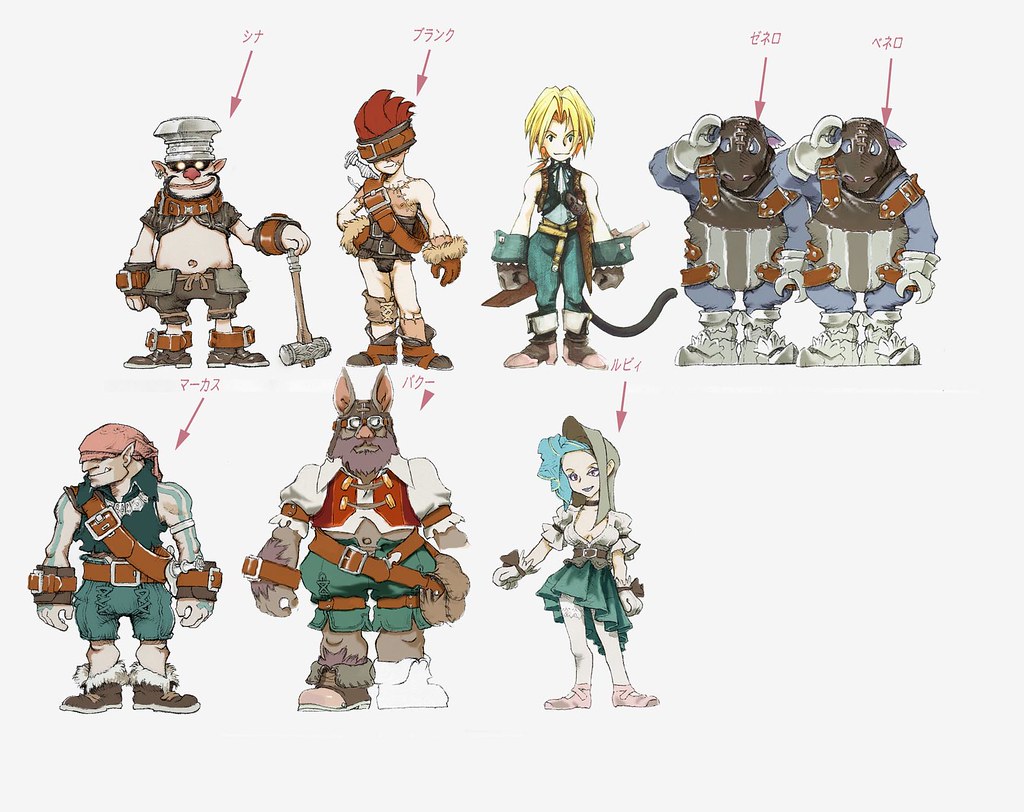 Despite all our difficulties, I’m proud of the finished game. I’m sometimes asked what my favourite scene is, and – odd as it may sound – it’s the credits.

My definition of a fun game is when the closer you get to the ending, the more you feel like you don’t want it to end yet – you still want to keep playing in this world! Then, once the ending starts, you’re all excited by the finale of the story, and once the ending credits roll, you’re just dazed, overflowing with a sense of achievement.

When I played through Final Fantasy IX to test it, I experienced that feeling myself when I reached the ending – I felt like I’d achieved what I needed to do.

I have many fond memories of my time working on Final Fantasy IX, particularly that I was able to work under the bright Hawaiian sun.

When I started living there, I saw people gazing out over the sea and sky with laid-back expressions and it felt like time itself was moving at a more relaxed pace. I’d been rushing around so busily before – it was a good opportunity for me to stop think about what kind of life would make me happy.

Beyond that, I’m pleased that the game has had such a profound impact on the lives of its fans. Right after the game was released, I received a letter from a player who was going through an extremely difficult time in their life, but playing Final Fantasy IX helped them through it. Knowing that all our hard work helped someone overcome such a challenge… that was the first time I felt like I was glad to be making games.

Even today, the fans continue to inspire me. For example, I still watch Let’s Play videos on YouTube from time to time. People’s reactions when they play still teach me things I use in my current development work (my account name is Kazuhiko Aoi by the way… but I never say anything).

Our work on the development of Final Fantasy IX finished a long time ago, but I believe its continued popularity is all thanks to the fans. In fact, I think of them as the ‘creators’ now.

Anyone who answers Final Fantasy IX when asked to recommend a game, anyone who feels happy when they hear people saying they enjoyed certain parts of the game… these fans, like us, continue to build the game.