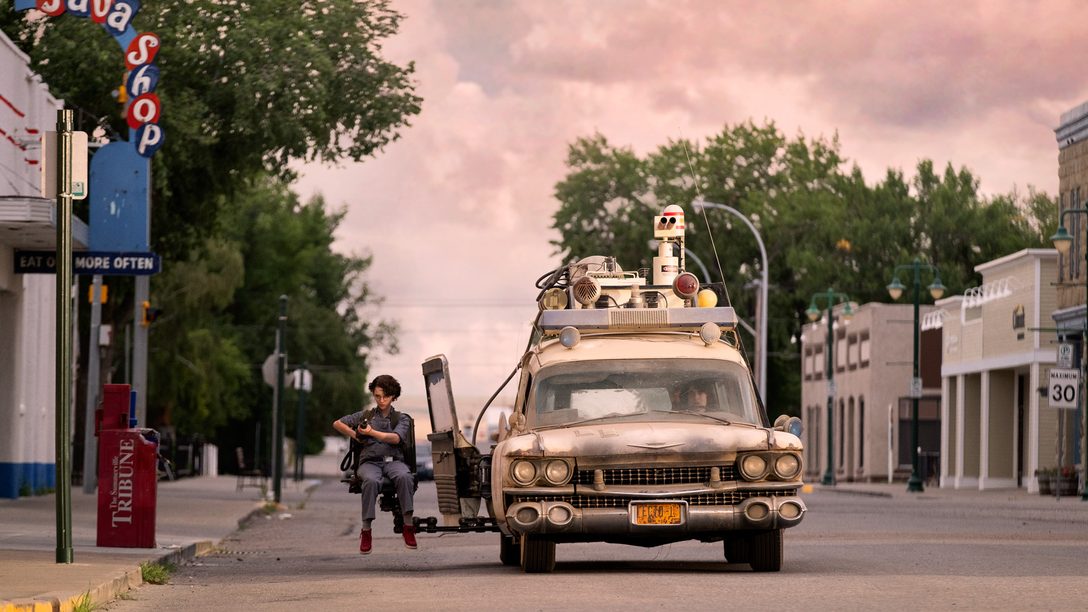 Director Jason Reitman discusses his family’s connection to the franchise, CGI vs practical effects and offers a first look at the return of the Terror Dog.

Taking the reins of a series as iconic as Ghostbusters would be a daunting task for any director. But Jason Reitman, the mastermind behind the franchise’s latest chapter Ghostbusters: Afterlife, has Ghostbusters in his blood – not only is he a massive fan of the legendary 80s adventures, he is also the son of Ivan Reitman who brought the first two entries to the big screen, and who also adds his producing chops to Afterlife.

Rather than being weighed down by the shadow of his father’s films, the younger Reitman saw his dad’s involvement and presence on the set of Afterlife as a huge boon to this entry. “I was lucky enough to have not only the world’s foremost expert on Ghostbusters sitting next to me,” Reitman told me when we sat down, “but also one of my favourite storytellers.”

“It’s funny,” he laughs, “I’m the child of a Ghostbuster, so I guess it should be no surprise that when it came to making a Ghostbusters movie, I would make a movie about the granddaughter of a Ghostbuster. And there was no way to do this except with my father right by my side.” 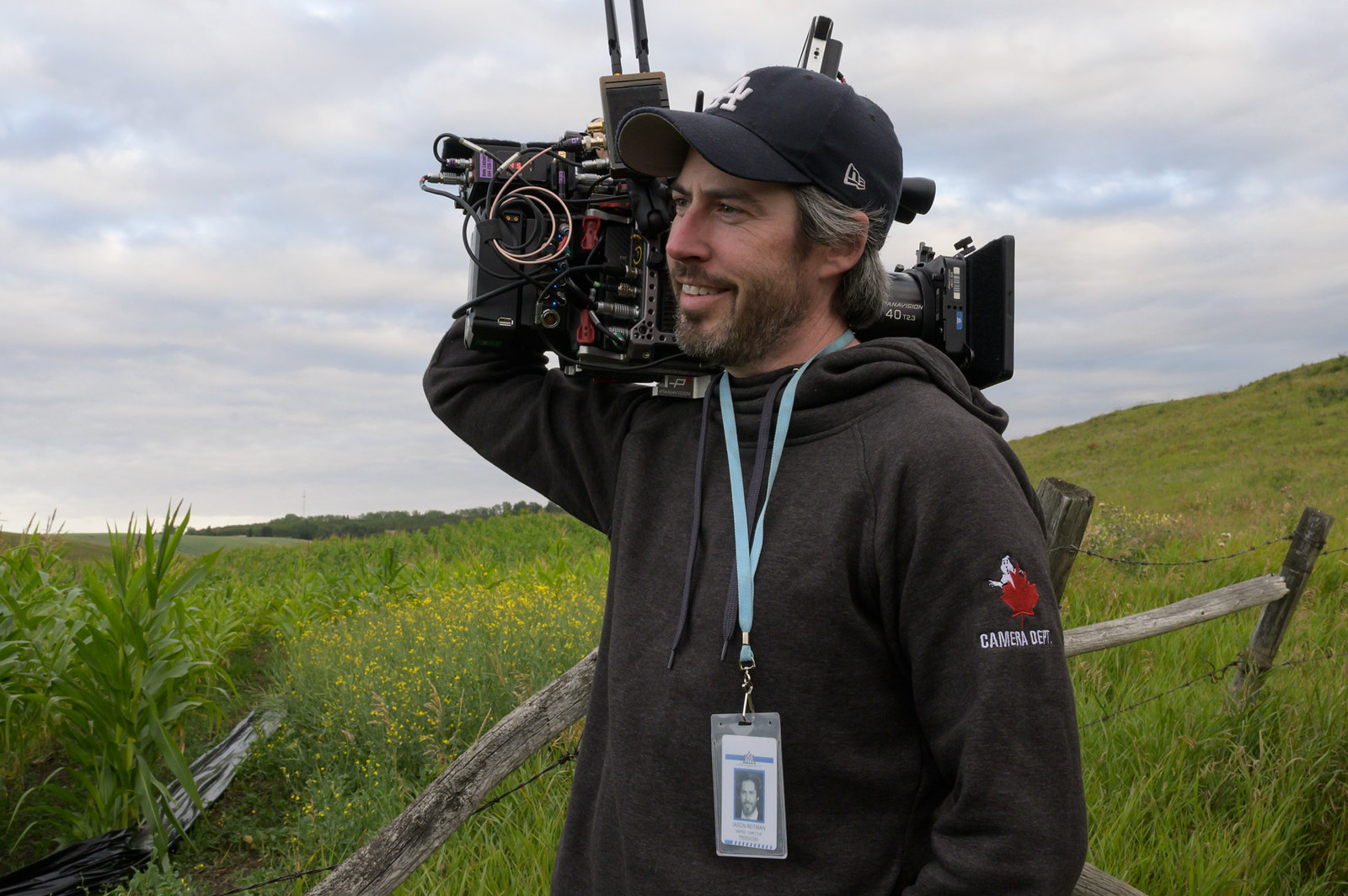 This father-son relationship has created a high level of consistency between Afterlife and the original Ghostbusters movies, to which the new film is a direct sequel. Despite over 30 years passing, Afterlife truly feels like a part of the same world we were first introduced to in 1984. Its tone, comedy and design will be instantly recognisable to fans of the originals.

“We were trying to echo the original film in every way possible, and most of all in comedy. That’s why we cast actors like Paul Rudd, Finn Wolfhard, and Mckenna Grace.” These big stars are joined by relative newcomer Logan Kim who plays Podcast, a wise-cracking misfit with a penchant for microphones and audio recorders.

“You know, audiences don’t know him yet,” Reitman nods, “but I think they’re gonna love him. He feels exactly like the kind of guy you would have cast in the original.”

But the sense that you’re jumping back into the world from the original movies doesn’t end with the humor. Afterlife starts with an as-yet-unnamed family discovering they’ve just inherited a ramshackle farmhouse in the middle of nowhere. Formerly inhabited by Phoebe (Grace) and Trevor’s (Wolfhard) absent grandfather, the house is packed floor-to-ceiling with books on the paranormal, unused farming equipment and, as it turns out, ghostbustin’ gear. 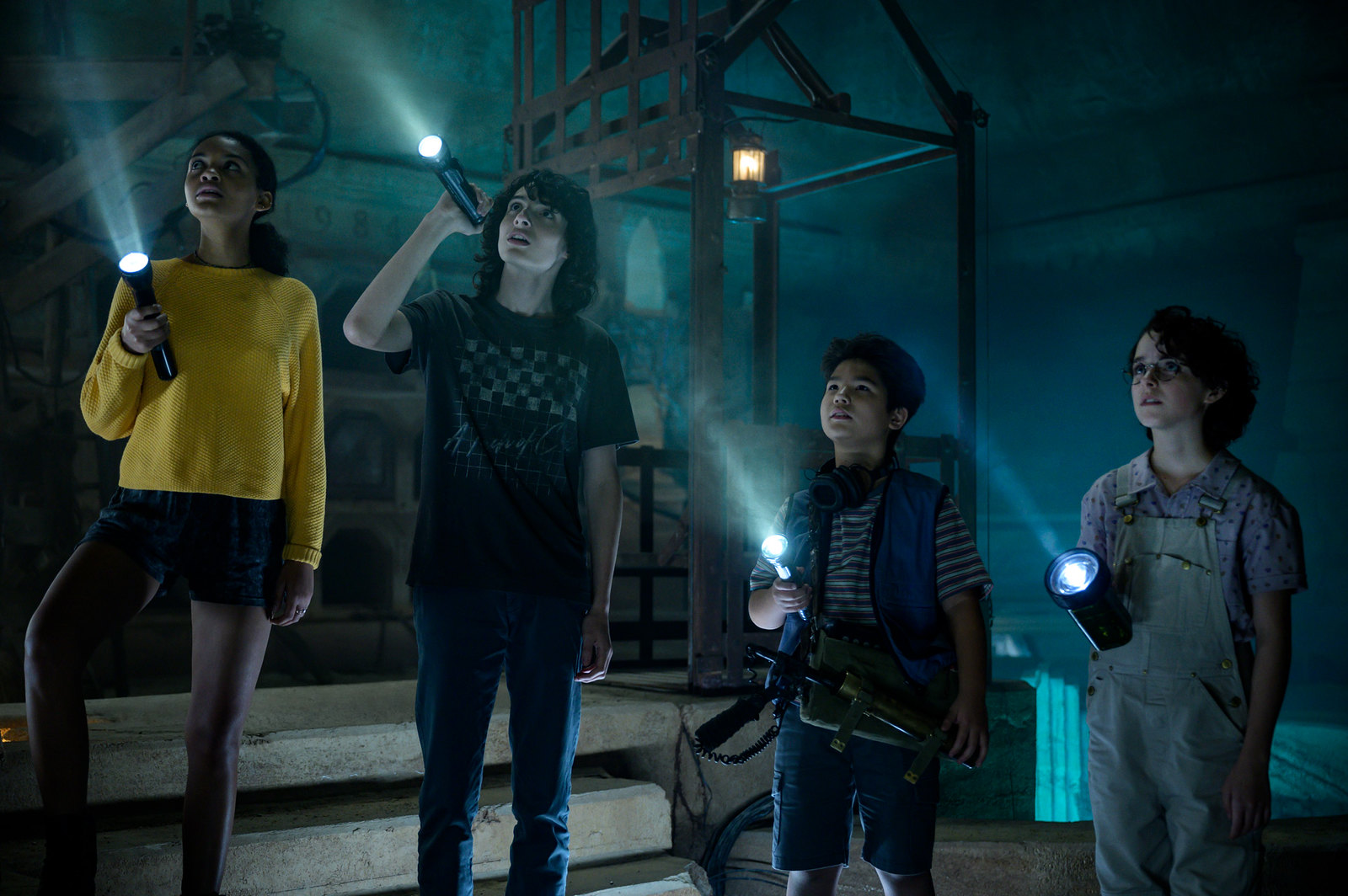 And when it comes to the appearance of iconic Ghost Trap and other classic tools, there’s no sleek redesigns here. The clunky, worn-down 80s look from the original movies is preserved perfectly; these could be lifted straight from the studio’s archives. Practical effects and physical props are heavily featured, with CGI limited to a small selection of scenes to preserve the style of Ghostbusters and Ghostbusters II.

“We always wanted to get at the original recipe of what was a Ghostbusters movie. And that involved really doing the archaeology, understanding how they made the original, and finding ways to mix the bleeding edge of computer technology with the most old school Hollywood effects.”

Reitman’s wish to blend different technologies is showcased best in a scene which sees the return of the Terror Dog, a fan-favourite monster whose image is surely seared into the minds of anyone who watched the original movie as a child. The beast is back, and more terrifying than ever, thanks to a mix of practical and digital effects. And we’ve got your first look at its resurrection in this exclusive clip:

On the creation of practical effects, Reitman said “we’re talking magnets and wires and smoke and mirrors, animatronics, puppets. We basically had a real Terror Dog on set that was operated by the greatest puppeteers alive. It’s that kind of filmmaking which I think gives the movie its feel and its tone. It’s that grounded camera work. It’s being on real sets instead of green screen stages.

“So when you stand in front of the Terror Dog and it looks you in the eyes, you feel that. There’s just no two ways about it. It becomes way more intimidating when you have these puppeteers who bring that thing to life and you feel like you’re in the presence of a real creature.”

It’s not just monsters which make their return in Afterlife; the movie is littered with Easter Eggs for eagle-eyed fans to spot. When asked for his favourite, Reitman couldn’t be pressed to choose just one. “I’ll give you a few to look for,” he laughs. “There’s a line from the original movie in which Egon Spengler says, ‘I once had half a slinky, but I straightened it’, so there is a straightened slinky somewhere in the movie if you can find it. There’s the Ghost Sniffer that Bill Murray uses at Dana’s apartment from the original, too.”

And fittingly, given Ghostbusters: Afterlife is “a movie about a family, by a family”, Reitman couldn’t help but sneak in a reference to his dad’s previous work as well. “There is also a nod to Cannibal Girls, my father’s first movie,” he teases.

That family connection clearly means a lot to him. One that’s at the heart of this new movie, resonating through him, and everyone else involved in the production, onto the big screen.