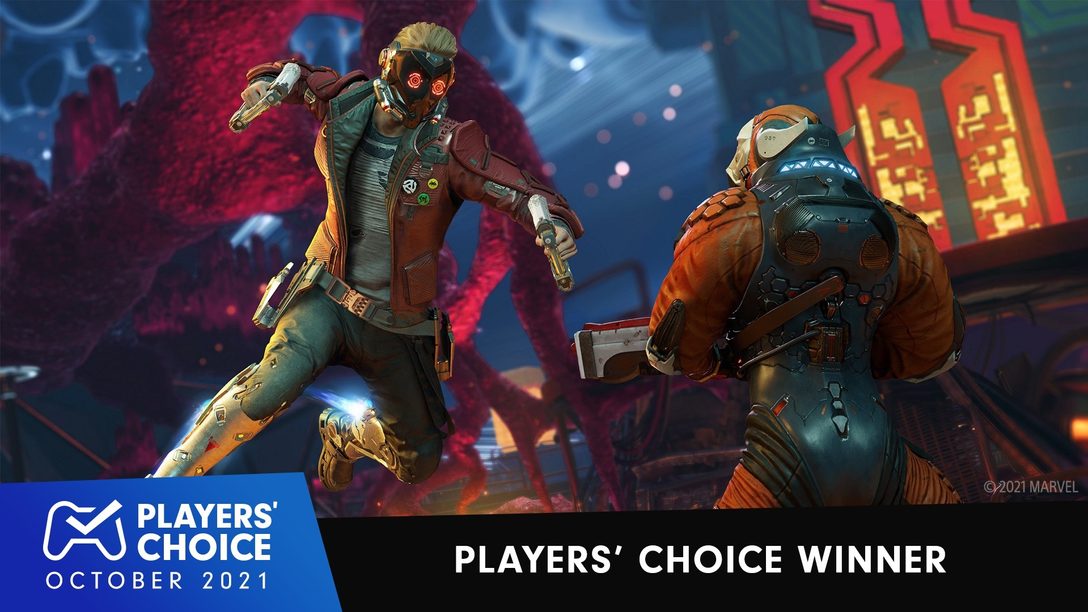 Star-Lord and his ragtag team of galactic Heroes blasted to the top of last month's poll.

Salutations! The polls have closed and the votes have been tallied, and Marvel’s Guardians of the Galaxy is your Players’ Choice pick for October 2021. Congrats to the team at Eidos Montreal!

While Star-Lord and crew took top honors this time, players also showed up for Far Cry 6, Back 4 Blood, and Alan Wake Remastered, all of which garnered a healthy number of votes.

Hit the comments and let us know your predictions for November’s poll. Almost Game of the Year time!

Welcome back! We’re live with another Players’ Choice poll as we inch ever-closer to the end of 2021… but let’s not get ahead of ourselves.

We’ve got quite the selection this time — I’m torn between a few picks myself, but I dare not skew the results so you’ll just have to guess which ones I’m deliberating over.

Hit the poll below to cast your vote, then head down to the comments to make an argument for your title of choice. Maybe you’ll help me make my final decision! We’ll keep the polls live until Sunday night at 11:59pm Pacific, so make sure you decide before then. See you next week with the winner!