Survive the brutal world of Deathverse: Let It Die, arriving next year on PS4 and PS5 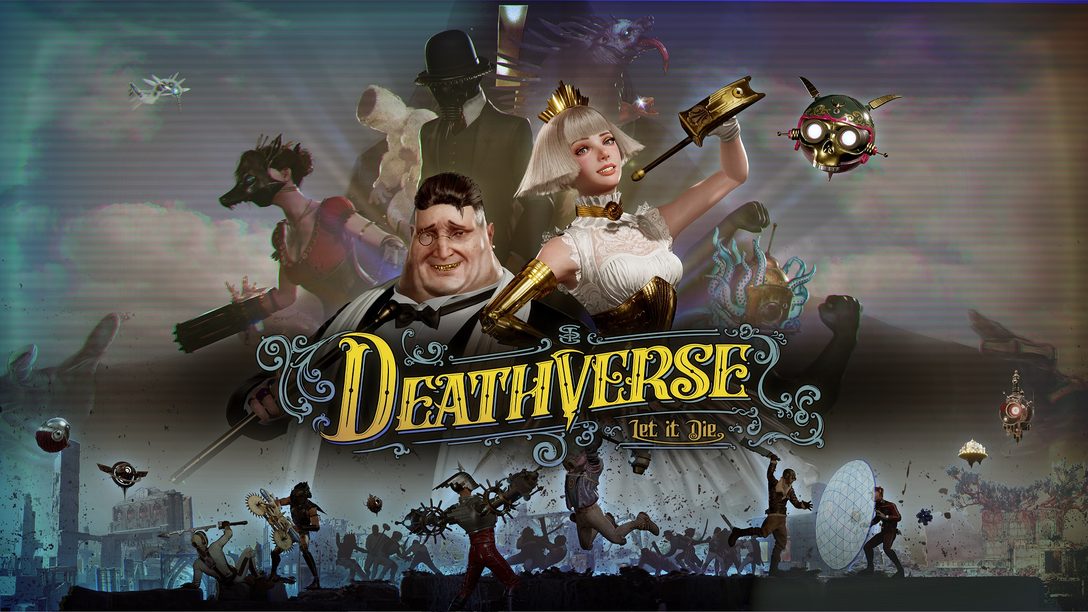 First gameplay and lore details for this reality show-themed follow-up to 2016’s Let It Die.

The dream team that brought you Let It Die — the survival action game that began service in 2016 and has reached seven-million downloads across the globe — strikes again! This time, we’re making a sensation with our take on the multiplayer survival action genre.

Greetings to all of you out there looking to release your daily stress and express your crazy inner self to the absolute extreme. We invite you to take part as a contestant in a survival reality game show that has audiences in a frenzy around the world.

In a world set hundreds of years after Let It Die…

This game is set in the world after the events of Let It Die, where players fight for stardom in the survival TV reality show Death Jamboree. The show takes place in a virtual world known as the Deathverse, which was created by the Yotsuyama Group as a final destination for people’s souls.

With that, I’d like to explain the rules of the game.

Death Jamboree is produced and aired by the national television station YBC (Yotsuyama Broadcasting Company). Young people everywhere are attracted to the program via public recruitment sessions and promises of massive prize money.

The lucrative cash prizes and thrilling survival gameplay have attracted a fanatical viewing audience, making the program a worldwide phenomenon. Players will take part in the show as ordinary contestants who have appeared on the show to crush their rivals,

As participants in the show, players will face off against a multitude of rivals. Here’s a brief explanation of how this all works:

Upon participating in Death Jamboree, all contestants will be outfitted with a special “Wilson” unit, a robotic device that assists you in combat. Wilson units are equipped with a wide range of features made possible by cutting-edge technology. They’re considered a must-have item by well-to-do consumers everywhere. 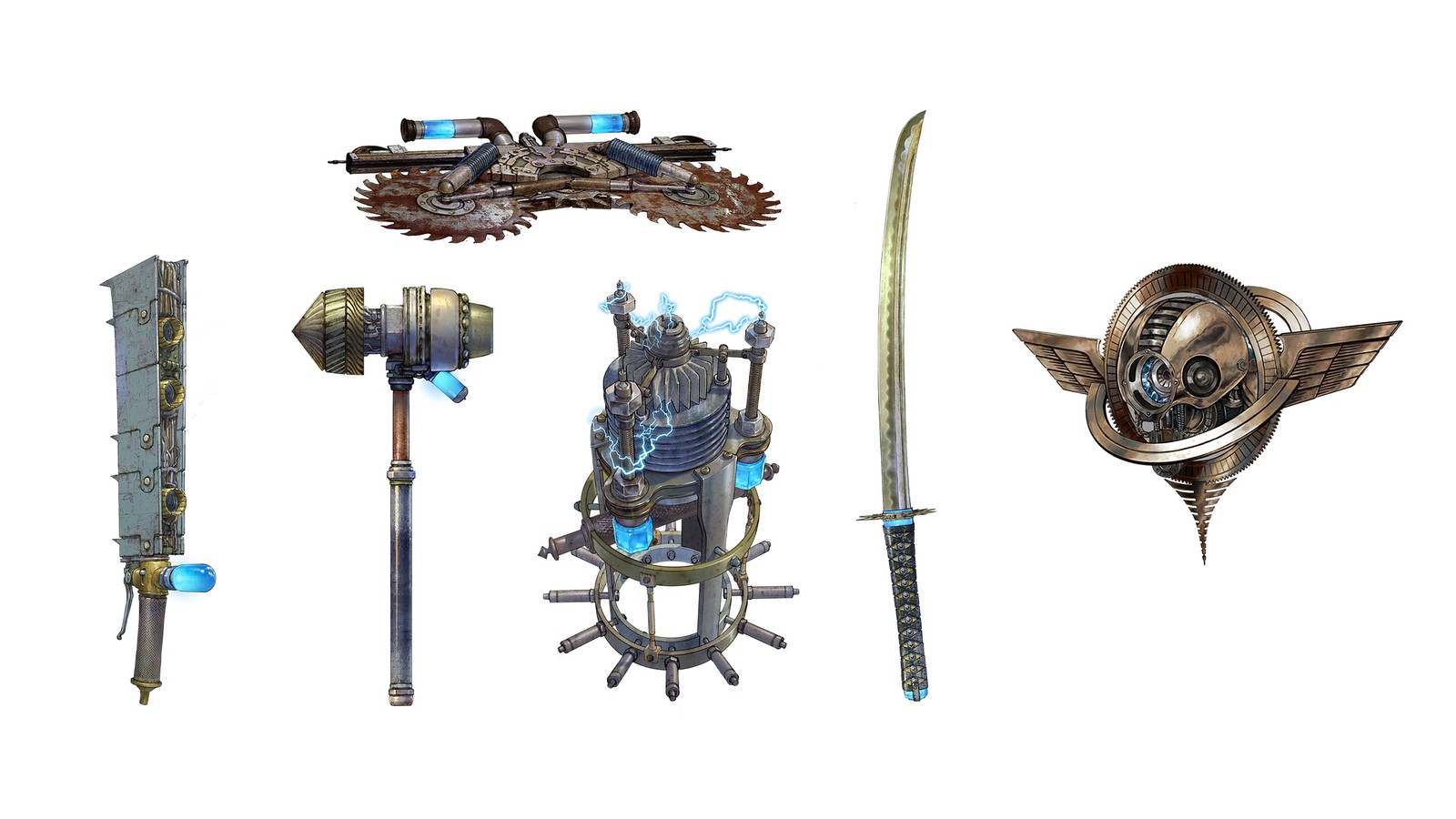 Wilson units can transform into drone and weapon forms, and serve the following roles:

In the trailer, you saw various weapons such as hammers, knives, and katana blades.

All of those are additional forms that can be unlocked by upgrading your Wilson.

As for how to upgrade…? Well, this will remain a secret for now.

Incidentally, as a world-famous program at the top of the ratings, the show has many corporate backers. You’ll find costumes and Wilson units adorned with the mascots and logos of the program’s various sponsors. These also serve to further boost the show’s incredible popularity.

Master your favorite weapons, defeat your foes with flashy moves, and thrill the program’s audience and sponsors alike! Become one of this popular show’s star players and set your sights on greater fame and fortune.

The battlefield you fight on is contaminated by SPLithium…

Let’s take a look at the stages upon which you’ll do battle.

The recording studio for Death Jamboree – in other words, the site of your battles – is an uninhabited island that is growing increasingly contaminated with SPLithium, an indispensable, concentrated energy source used in people’s everyday lives.

It’s also what powers the Wilson units distributed to the show’s contestants.

SPLithium is an extremely convenient energy source, but it transforms into lethally poisonous waste after consumption, meaning that contamination is a serious problem. The stages you’ll do battle on have all been contaminated by SPLithium, and are rumored to be home to mutant plants and bizarre creatures known as UMA.

A colorful cast of characters brings the program to life

Next, we’ll introduce the stars of the show that appeared in the video: 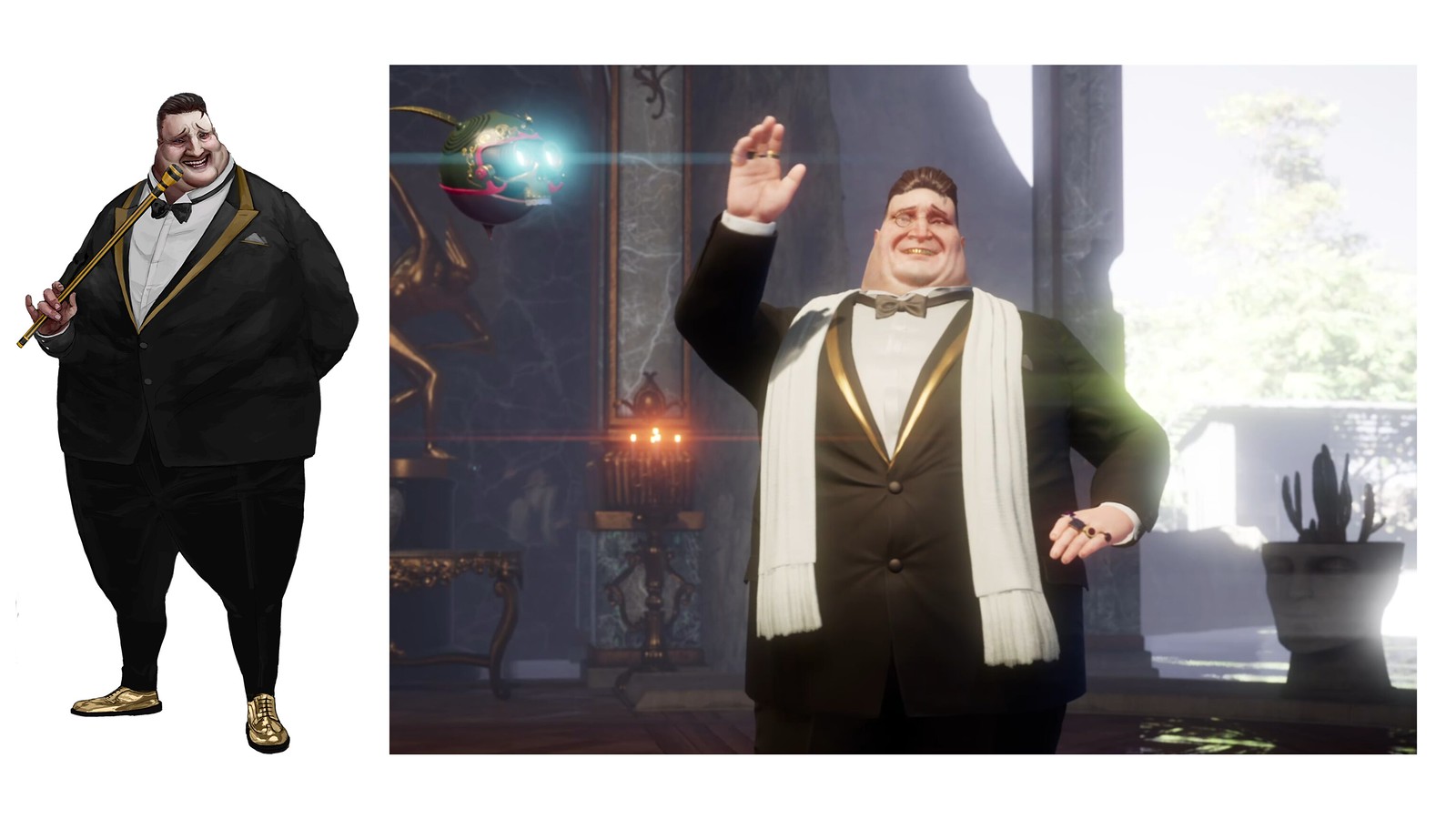 The head honcho of Death Jamboree.

He wears many hats as executive producer, director, event planner, and master of ceremonies.

A charismatic figure who charms audiences with his cheerful and witty conversation and commentary, he’s a natural TV star who has won over audiences everywhere.

Bryan grew up in a well-to-do family, where he wanted for nothing. It’s said that he took over as producer of Death Jamboree at the special request of a certain individual — though the truth behind the matter remains shrouded in secrecy. 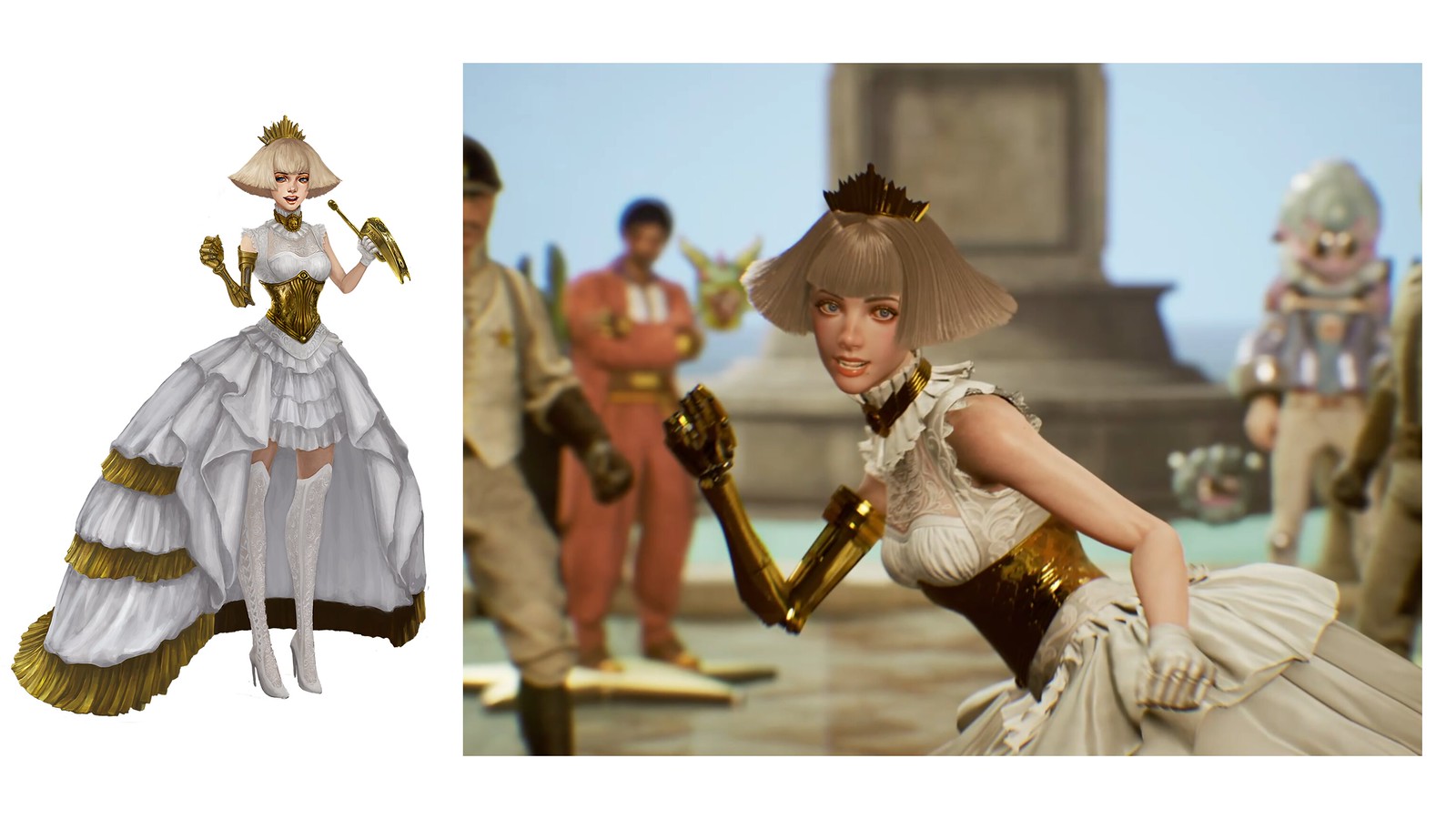 The secondary MC of Death Jamboree.

Her true name is Brenda Miller. Both beautiful and skilled, she is a legendary former champion who retired two years ago. A rare case of a commentator who was a truly great contestant in her own day.

She came to be known as Queen B due to her elegant appearance as well as her fighting style, and her wealth of experience gives her a unique perspective on the game. She continues to use the name now in her capacity as show staff.

As a former contestant”, she often offers encouragement and, at times, advice to players, making her a popular “big sister”-type presence. In fact, though, she carries a secret no one knows of. What’s that? 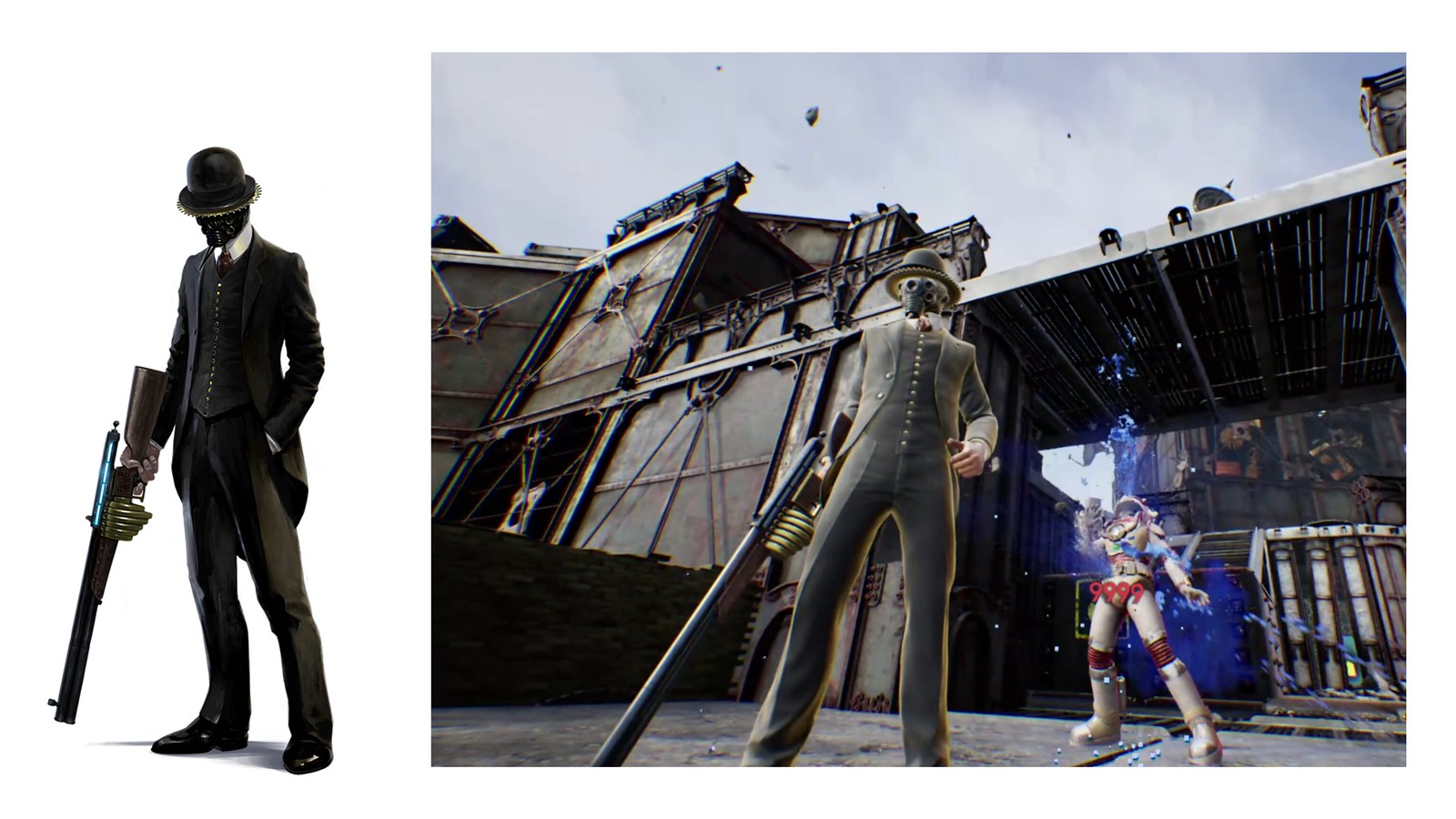 In the trailer, you may have noticed a mysterious figure who suddenly appears mid-match.

Hunters are invincible predators that appear and chase down fighters to the excitement of the viewing audience. It is said that the hunter’s true identity is that of a legendary assassin who picked off 444 targets during his days as a hired killer.

Deathverse is scheduled to release in 2022 and is being developed as a free-to-play title. You’ll be able to customize your fighter with cosmetics that fit your personality and style via in-game purchases or season passes. More details to come.

In closing, we’re like to bring you a message from Uncle Death, who you know as the mascot and guide of Let It Die.

At last, we’re able to announce this new title, and I for one am thrilled to…er, death!

“What we’ve introduced today is only a portion of what makes this game so special, but I think it was more than enough to pique your interest, yes?

Huh? It wasn’t, you say. In that case, wise guy, I suggest you watch the trailer every day until you’re properly brainwashed, lol.

In any event, the real exciting stuff is still to come, so stay tuned. Some exclusive info might even show up on my YouTube channel. Well, adios for now.” – Uncle Death