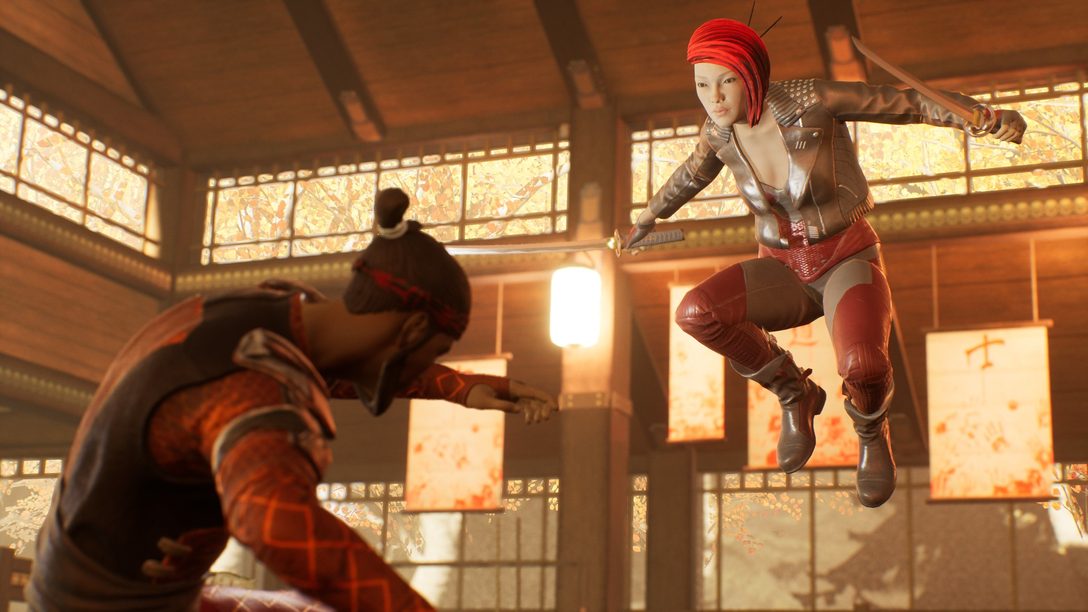 Triple Hill Interactive spill the beans on the creating their new fighting game.

Hi, my name is Peter Adamondy, chief designer at Triple Hill Interactive and I am excited to share some exciting news about our new one-hit-kill fighting game Die by the Blade.

Firstly, I am thrilled to officially announce that Die by the Blade will be coming to PlayStation 4 and PlayStation 5 in 2022. This has only been possible with the support of our new worldwide publishing partner, Kwalee, who we are excited to be working with and look forward to utilising their publishing knowledge and experience to bring our game to PlayStation consoles across the world. 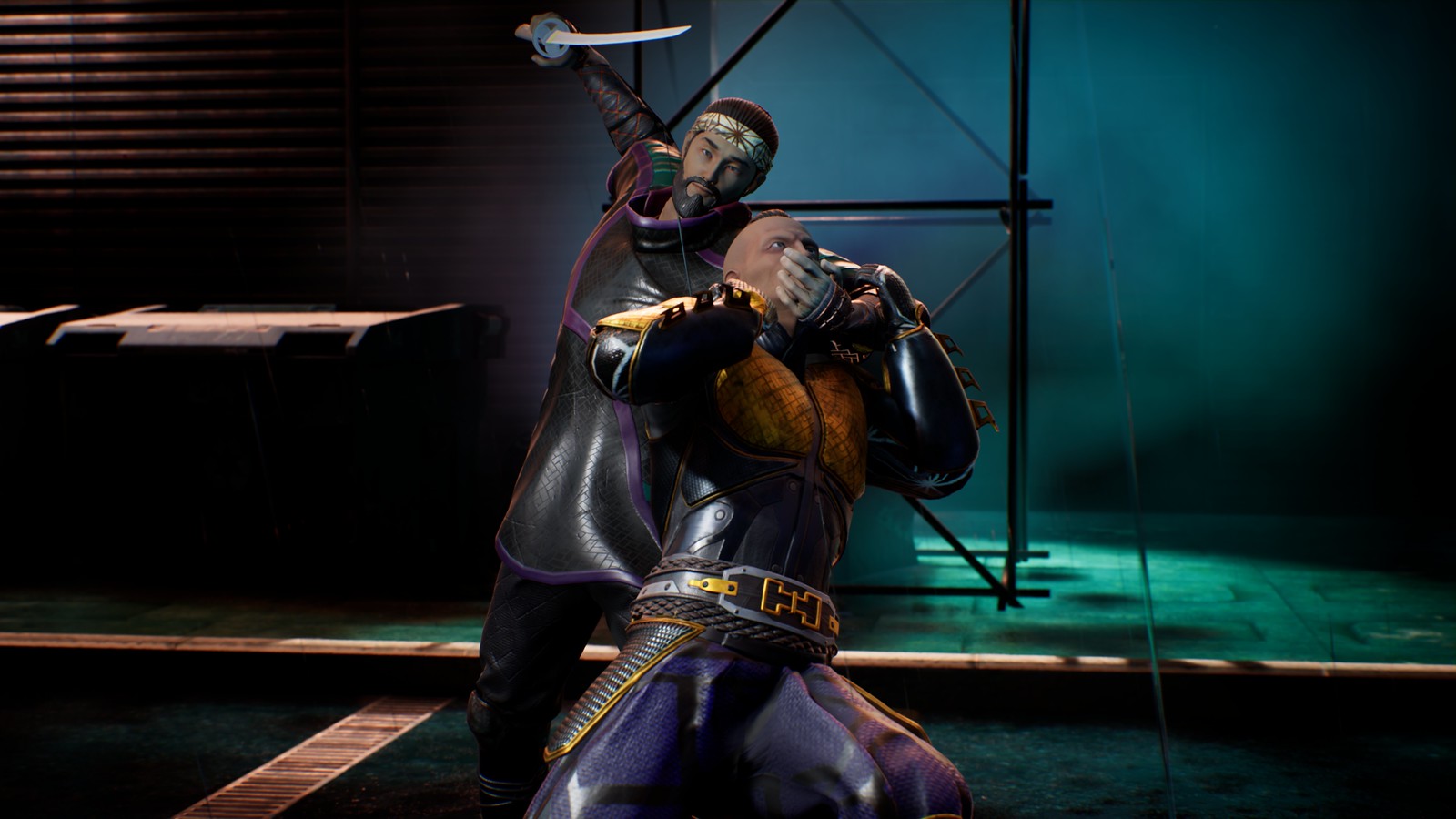 It has been a rollercoaster ride over the past year and as a development studio we have faced many challenges. We have navigated our way through lockdowns, remote working as well as recruiting new talent to join our team. As we return to a more “normal” way of working, we have been able to push forward with the development of our exciting new game and restart some of the hugely important content updates, like implementing new art assets and finishing motion capture sessions in the studio.

Creating a strategic fighter with a brutal, calculated touch 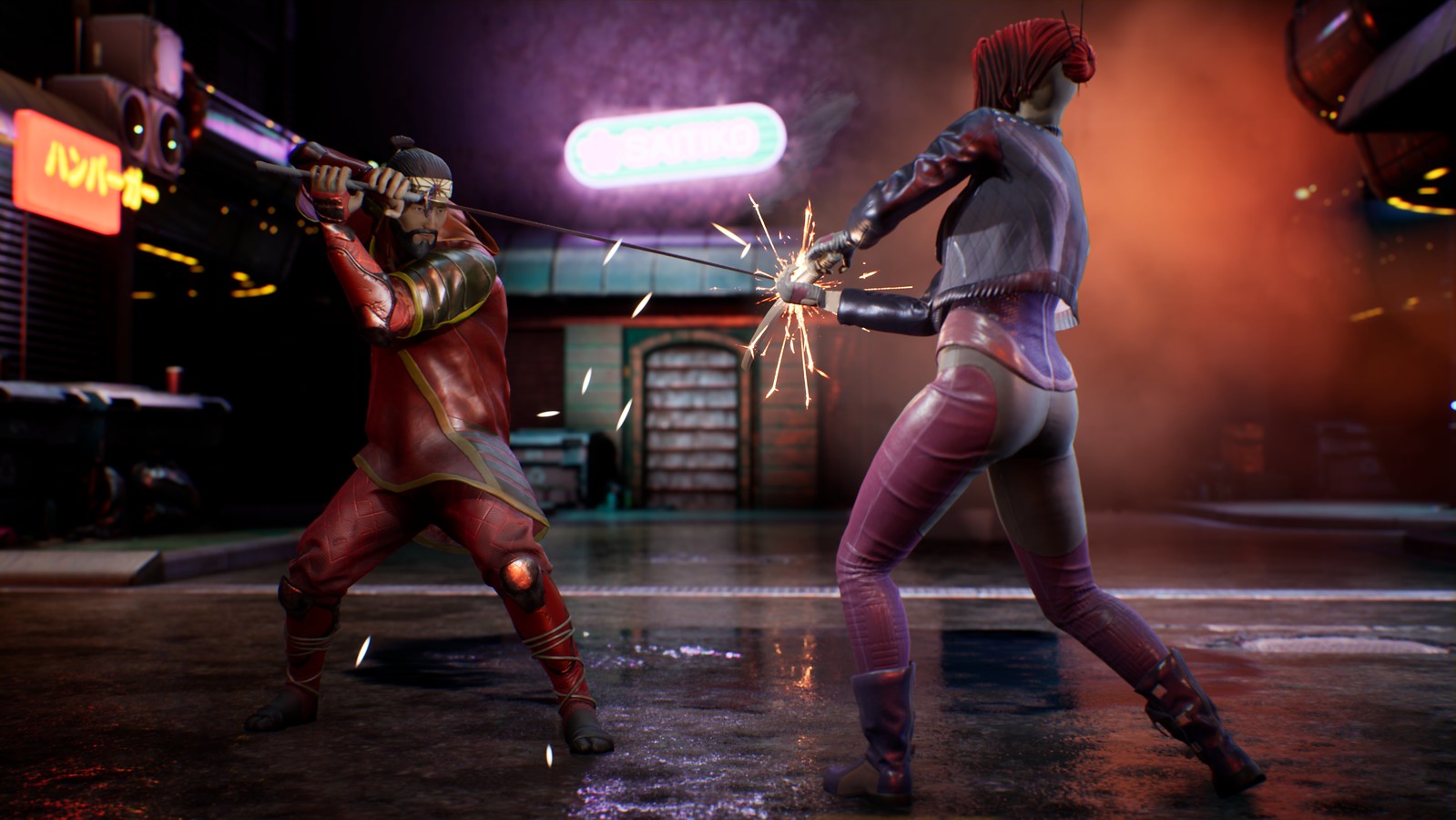 We all loved playing classic PlayStation titles like Bushido Blade and Way of the Samurai where we were immersed in what felt like real combat situations and how we had to quickly plan and adapt strategies to defeat the opponents. It wasn’t about mashing the buttons on the gamepad, it was about performing perfectly timed strikes to disable and win the battle. It felt honourable and respectful but also took a great deal of skill and patience and this is what we loved the most.

Using this as our inspiration we have created a 1v1 sword fighting game set in a gritty “Samurai Punk” world where a modern cyberpunk aesthetic merges with traditional Japanese-inspired themes. Our dynamic one-hit-kill combat system brings to life tense and exciting combat where every ounce of the players skill, strategy and patience will be needed to best their opponent. Your choice of weapon will be vitally important in your success or failure as a warrior of the sword, so we have worked closely with martial arts experts to faithfully recreate an arsenal of traditional swords and fighting moves to master in the game and by using motion capture sessions we can bring a real sense of realism to each fight. 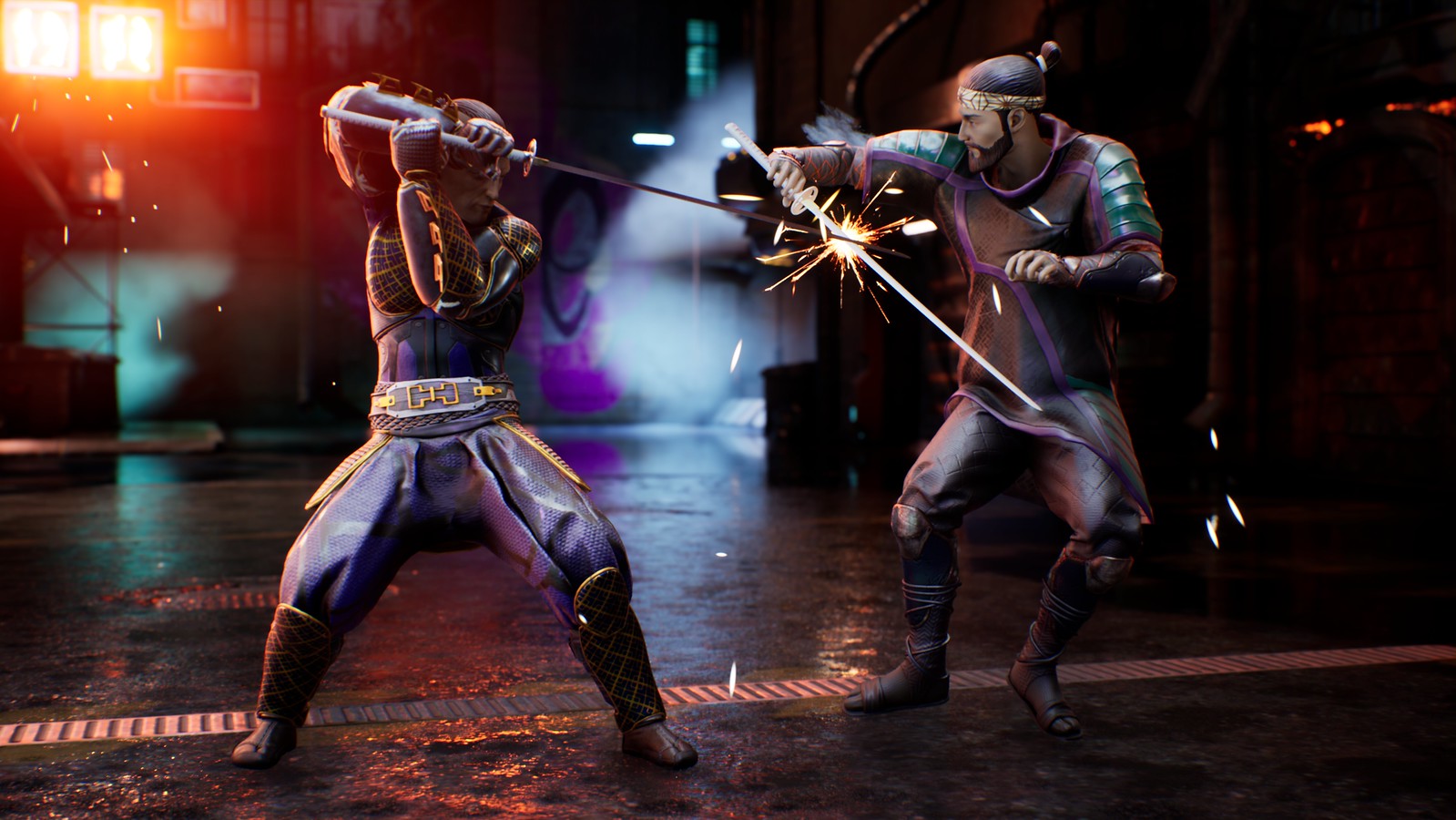 Another important part of Die by the Blade I wanted to share with you are the playable characters. The team has created a roster of seven playable characters, all with their unique backstories, and bring their own unique personalities to the gameplay.

The team worked hard to add a wide range of customisation options so players can tailor their visual style before heading into one of the thrilling game modes. The blend of Samurai Punk meets traditional Japanese can create some stunning character visuals.

Each weapon also defines the moveset of the roster of customisable characters, from the fine precision of the Katana to the quick maneuverability of the Wakizashi, we want each weapon to feel unique to the player and add another depth to the strategic gameplay. 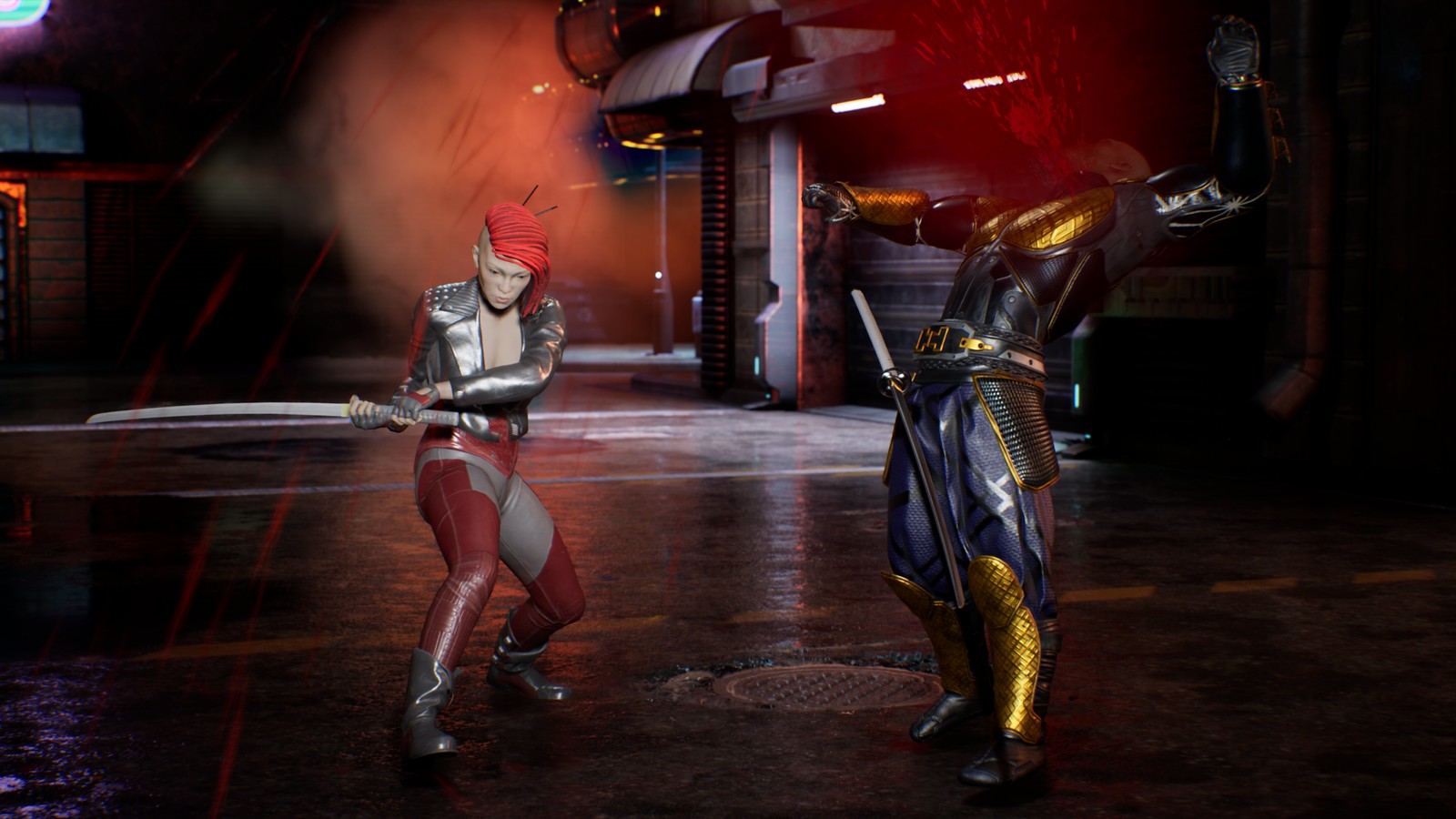 Speaking of game modes, I have lots to talk about here, but I don’t want to give too much away too soon! So, all I will say is that Die by the Blade will offer 1v1 online multiplayer, a story-driven single-player campaign, crossplay support, as well as tournaments and additional ranked online modes. I will share more on these as the development progresses, but there will be some truly exciting game modes to get stuck into.

I am excited to see all the hard work of the team coming to life on the screen and I hope I have given you a little taster of what you can expect when Die by the Blade releases for PS4 and PS5 in 2022. Until then, stay safe and may your swords stay sharp, warriors!

die by the blade