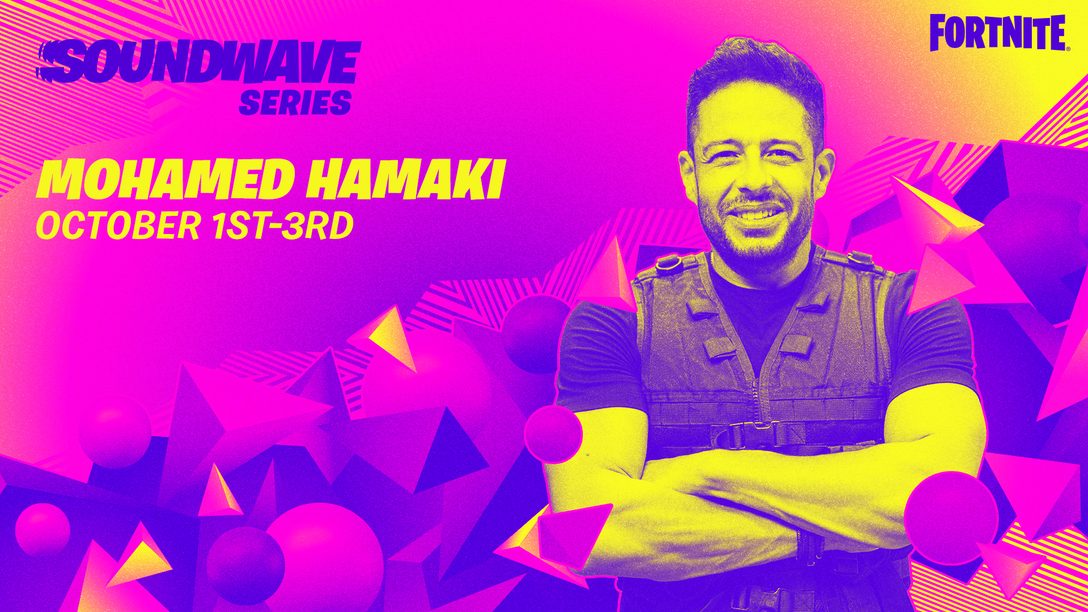 Get ready to feel the beat in the Soundwave Series. What is the Soundwave Series? It’s a series of shows that will give the spotlight to different musicians from all around the world! The first artist featured in the Soundwave Series will be one that has already made an impact on Fortnite Radio, Egyptian Singer Mohamed Hamaki. Mark your calendars, as Hamaki’s show will take place on October 1 at 11am Pacific Time. Don’t worry if you can’t make it to that showing because the show will repeat non stop for 48 hours; the final showing will be October 3 at 11am Pacific Time. To enter the show, head over to the playlist titled “Hamaki’s Musical Show” when it is time. This musical experience was crafted by community creators Team Alliance and TheBoyDilly.

Hamaki’s show will feature many of his well known beats, and for the first time ever Hamaki’s new song Leilt Elomr will be performed! Celebrate the debut of Leilt Elomr with its respective Emote that will be in the Shop on September 30, just a day before Hamaki’s show.

Even more to come from the Soundwave Series

Can’t wait to see your moves at the first edition of the Soundwave Series!