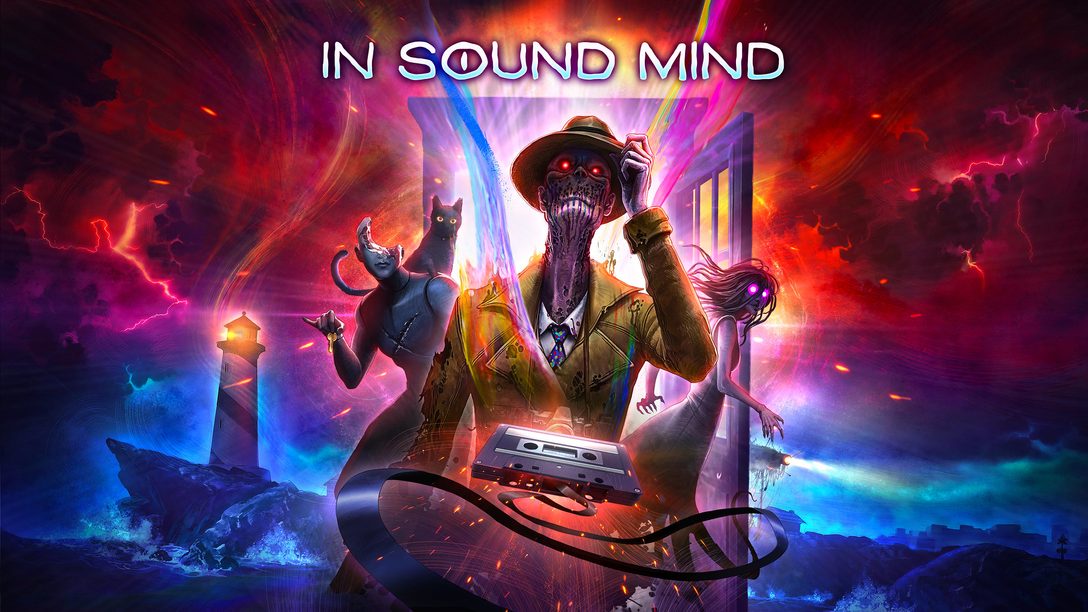 Journey through the inner workings of the mind today on PlayStation 5.

A terrible incident has caused strange happenings in the town of Milton Haven. When psychologist Desmond Wales awakes in his office amidst a flooded city with strange chemical spills and nightmarish creatures lurking its halls, he begins to search for clues about the string of tragedies that have plagued the town, his recently deceased patients, and himself. Hoping to find a connection between the three, he begins to listen to the recordings of the sessions with his patients. This process transports him to different areas of Milton Haven where the environment, puzzles, and enemies are all themed after each patients’ darkest fears. Here, Desmond will need to fight monsters, solve puzzles, and scour this surreal depiction of Milton Haven before he succumbs to the same fate as his patients.

The psychological nature of In Sound Mind combined with the power of the PlayStation 5 has allowed us over here at We Create Stuff to build a horror game that will continually challenge your expectations. To prepare you for the launch, we wanted to introduce Desmond and his four patients, whose psyche will make up the bulk of this journey through the mind. This blog does contain some minor spoilers for the characters and bosses of In Sound Mind, so skip to the end if you are interested in picking it up and exploring the game for yourself.

Desmond Wales. PhD (Age 39) is the resident psychologist of the small town of Milton Haven and our protagonist. As the city begins to spiral out of control, Desmond must act and navigate the mazes of his own distorted mind before he too suffers the same fate, uncovering a dark conspiracy in the process that led to the death of four of his patients. 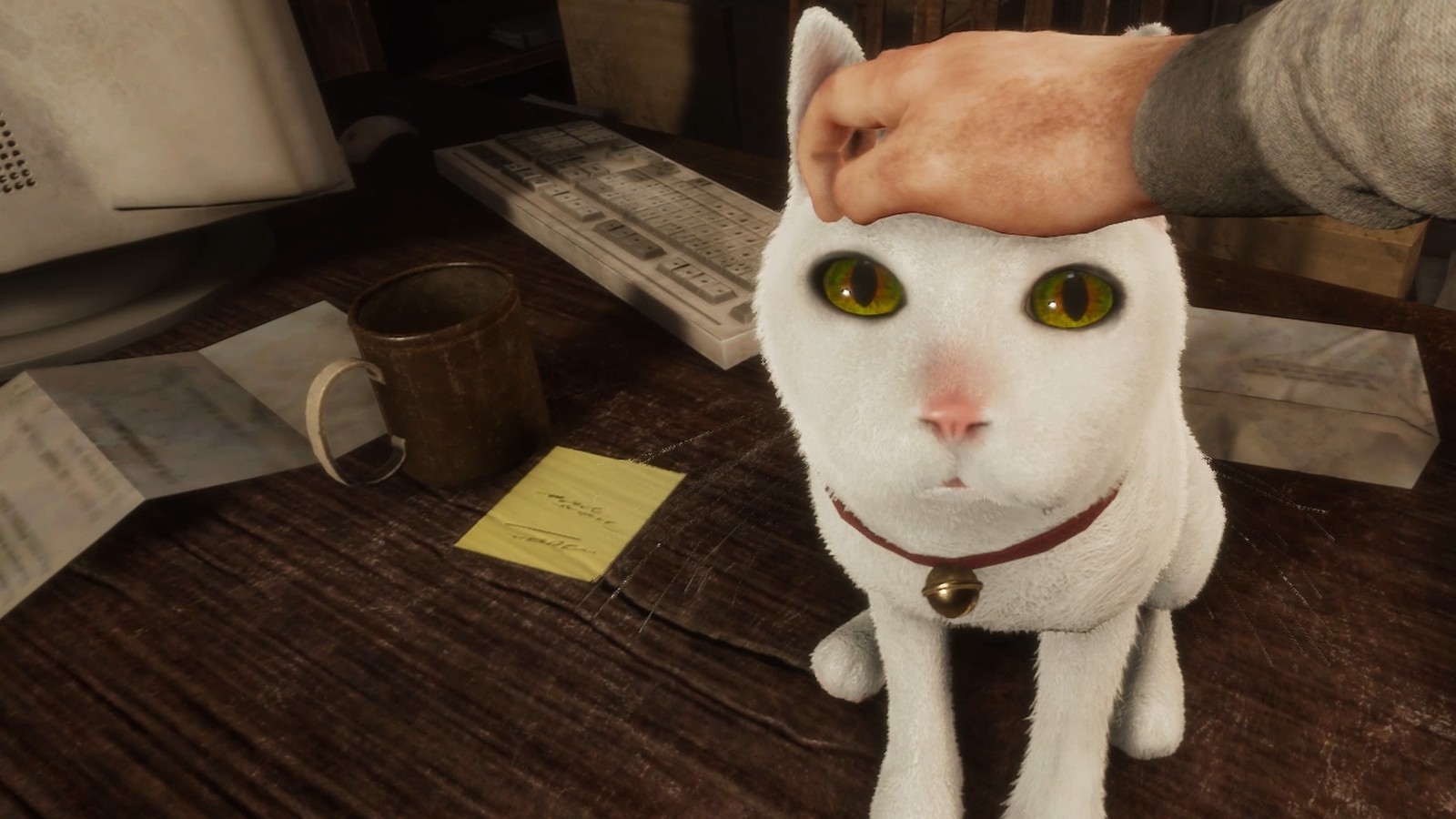 Backstory:  Earnest and steadfast, he takes pride in his work, yet has let himself get consumed by it on more than one occasion. As further evidence of his dedication to his work, Desmond lives and works in the same building, where he has a modest one-bedroom apartment and across the hall from a small studio space which he converted for his psychology practice.

Virginia Ruhl (Age 25) is the first patient we encounter in the game. Her monster, “The Watcher”, is a medusa-like manifestation of her social anxiety and shame. This creepy ghost haunts a ravaged Homa-Mart superstore, hides behind a mask, and becomes enraged when anyone looks at her. Desmond can exploit this fear with mirrors to get through the level and confront Virginia. Fortunately, he will encounter some unlikely companions that will assist him as he explores the various departments while avoiding the haunting figure. 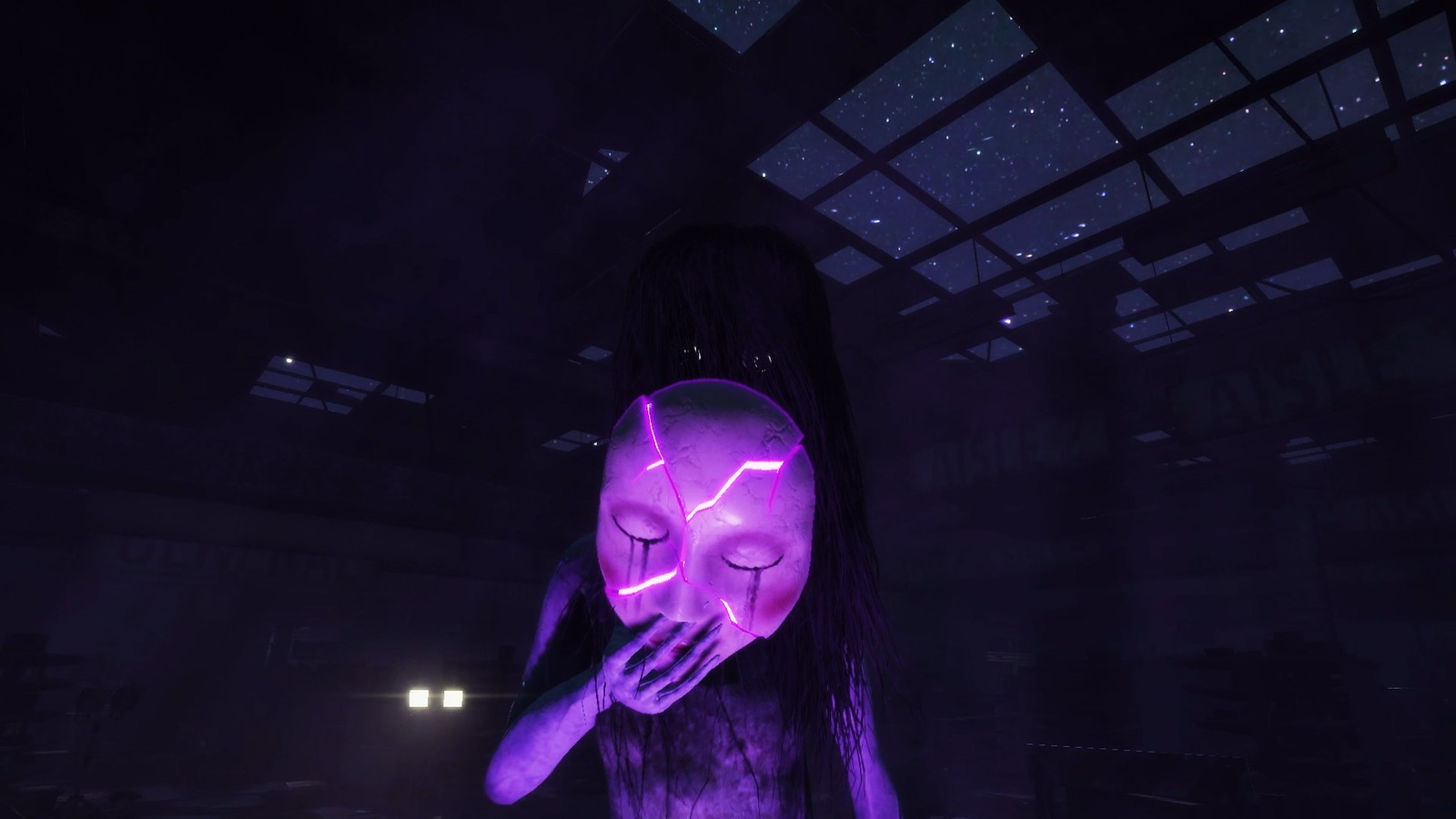 Backstory: When Virginia was a young girl, she joined beauty pageants until an accident occurred leaving her face disfigured. Therapy with Desmond began after her college roommate complained that she wouldn’t leave the dorm or take care of herself.

Allen Shore (Age 38) is the second patient we encounter in the game. Allen’s monster, “The Shade”, is a terrifying moving sinkhole, a manifestation of his fear and fascination with the dark. While Allen was saved by the light, “The Shade” fears it and will do anything he can to remove all sources of light. It will be crucial for Desmond to use his flashlight and flare gun to thwart the darkness and get through the level to confront the Shade. Be warned though, as the light can be just as dangerous as the dark. The revolving red lighthouse bulb will shine a damaging light, so make sure you take cover if you see it coming your way. 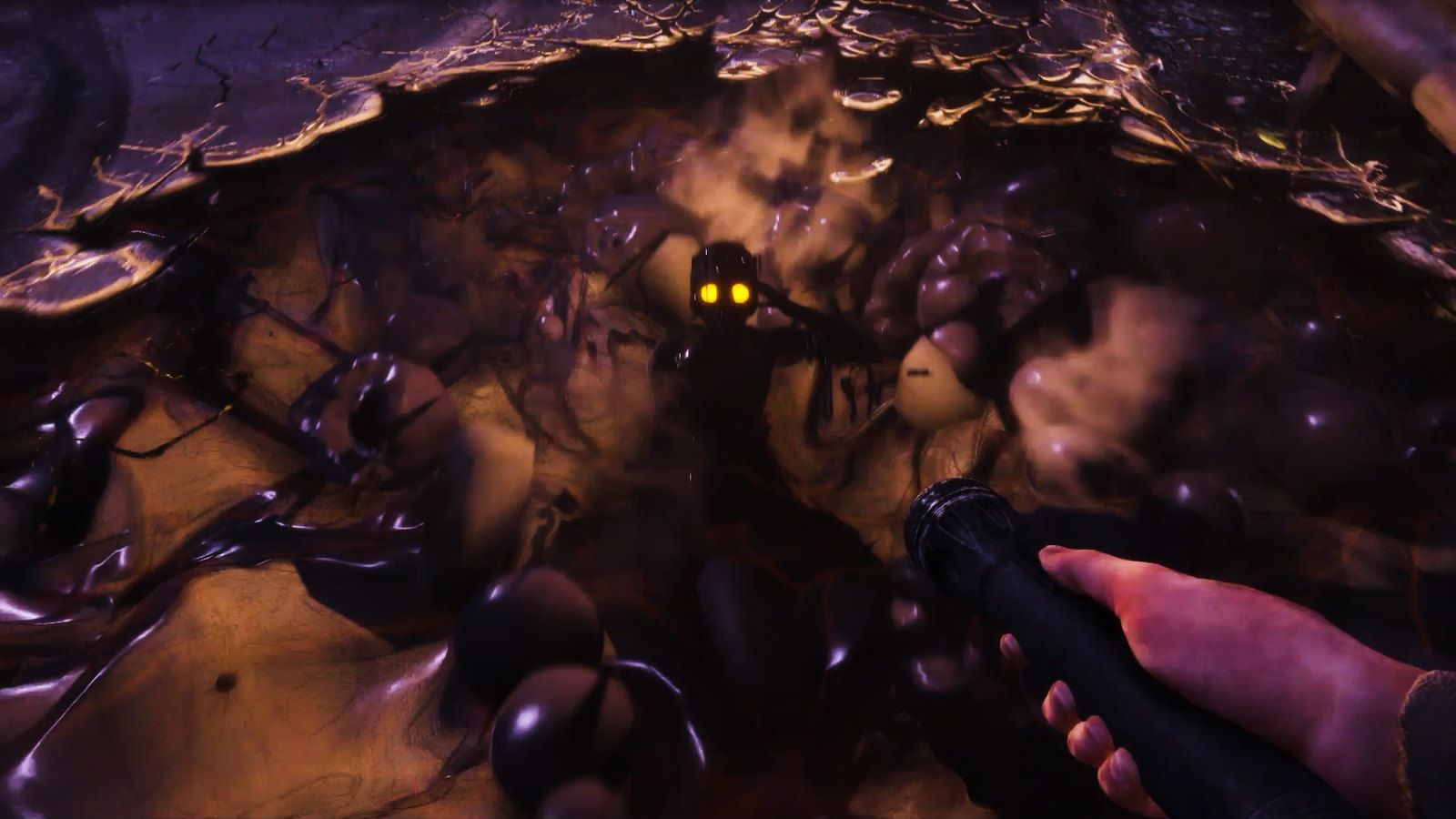 Backstory: For most of his life, Allen’s had nightmares about monsters swallowing him into the darkness, making him isolate himself in social awkwardness. He sought help with Desmond to help him overcome this fear.

Max Nygaard (Age 45) is the third patient we encounter in the game. His monster, “The Bull”, is part beast, part machine. It is a manifestation of Max’s anger and it’s ready to charge at anyone who gets in its way. This raging abomination charges his way through the old factory grounds and train tracks that surround it, pitting Desmond in close quarters against the beast. Lure him into open spaces before engaging. 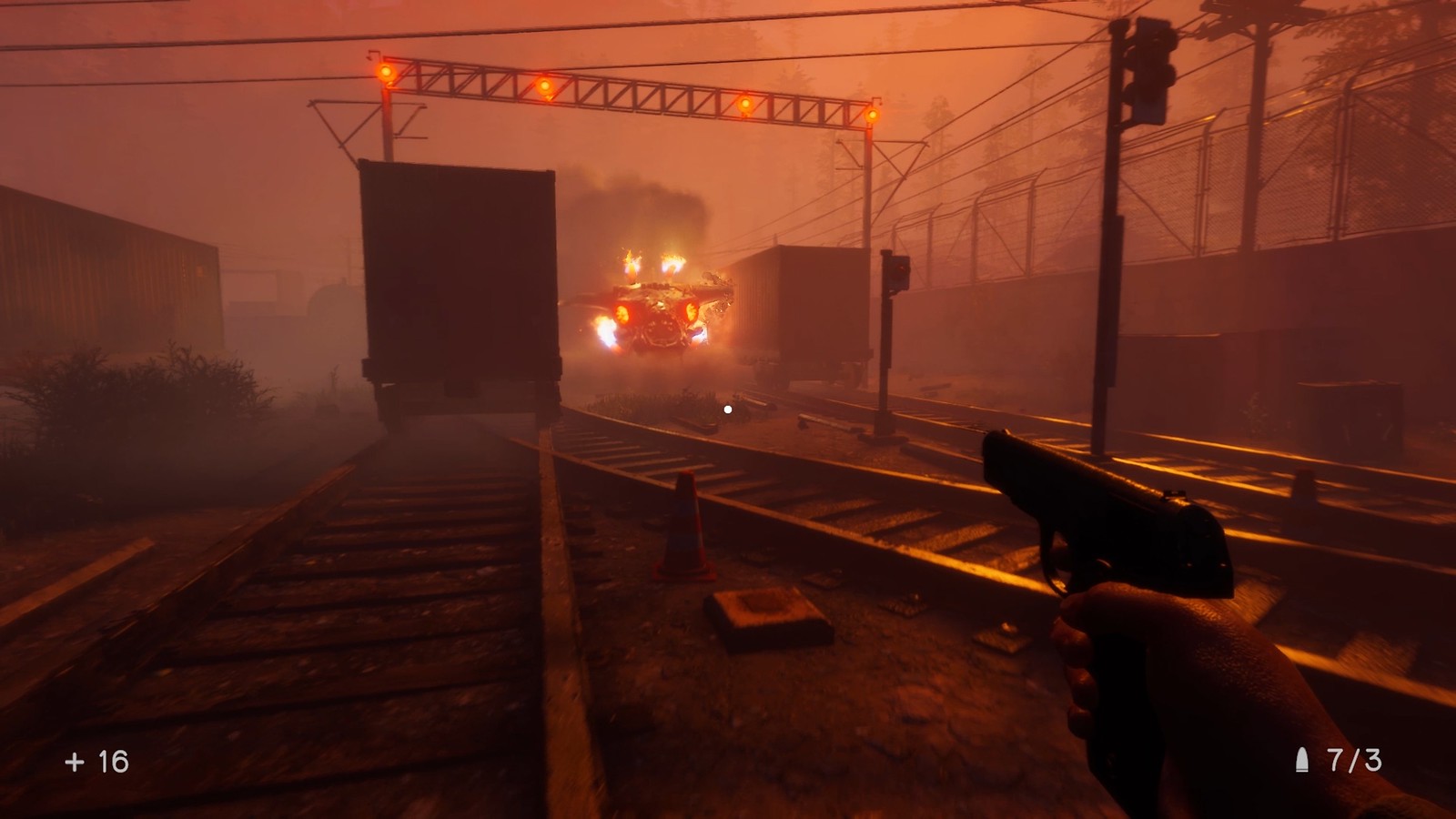 Backstory: Max is not happy to be going to Desmond’s session. In fact, his therapy sessions with Demond are court mandated after a dispute with his ex-wife results in her leaving him with their child, Madison.

Lucas Cole (Age 52) is the fourth patient we encounter in the game. Lucas’ monster, “The Flash” is a giant radio tower and is the manifestation of Lucas’ diagnosed PTSD resulting from his time in the military as a sniper and radio operator. The towering giant lurks in the forest surrounding Milton Haven, ready to shoot down anyone it deems an enemy. Desmond will need to be wary of the high powered rifle, hiding behind objects and using the radio device to uncover messages hidden in the night sky and on radio frequencies. 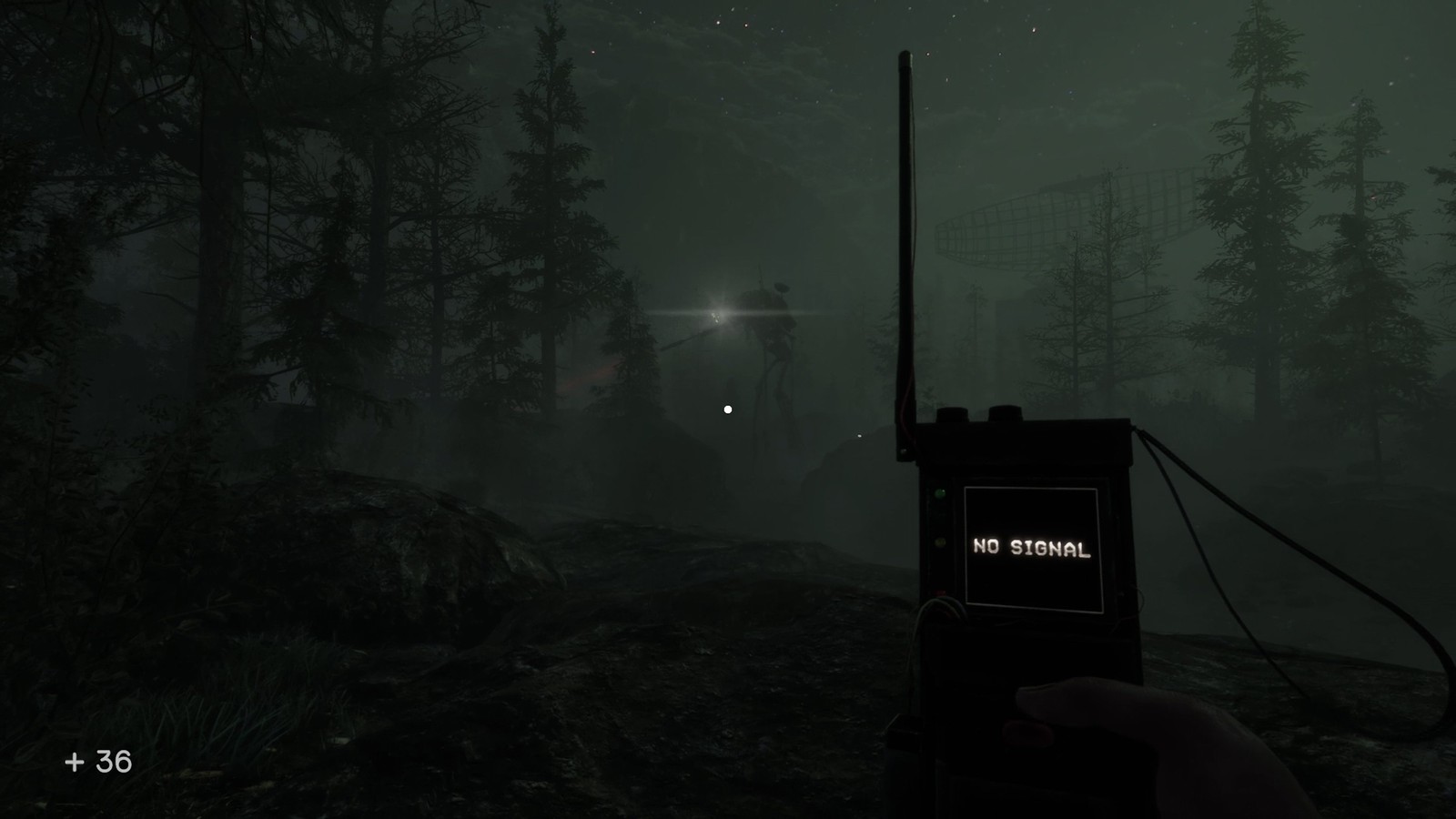 Backstory: Lucas has been following a paper trail that eventually led him to Milton Haven. With countless moves and isolation, Lucas finds himself lonely and decides to seek therapy.