Become an adorable cat and cause as much cat-astrophic destruction as possible.

If you’re not familiar with the original Catlateral Damage, it’s a family friendly, first-person destructive house cat simulator where you get to be a cat on a rampage and knock things onto the floor. You know, typical kitty stuff.

It started as a small one-week prototype back in 2013, inspired by the antics of my childhood cat, Nippy (he once dragged a whole pizza off the kitchen counter). Eventually, it went on to have a successful Kickstarter and release on PS4 in 2016, with a free VR Mode added a few months later for the launch of PlayStation VR.

Catlateral Damage: Remeowstered is the “mew and improved” definitive edition of the game, with a whole bunch of new content and improvements to the user interface, animations, and overall visuals. Fan-favorite features like collecting real-life cat photos and the laid-back Litter Box Mode also return. The most substantial change is a complete progression redesign, where you complete goals in Goals Mode to unlock new levels and the other game modes.

You can also collect treats by finding them in levels or receiving them as rewards for completing goals in Procedural Mode (where levels are procedurally generated). Treats unlock permanent stat boosts and special abilities, like a more powerful charged swat and a forward dash. In addition, there’s a completely revamped soundtrack, a bunch of new pet photos to find, and new features like scratching curtains and riding a robot vacuum.

The PlayStation 5 version also has some special features that leverage the console’s capabilities. Of course there’s the 4K resolution, faster load times, and increased render distances, as well as support for Activities and Game Presets (for camera inversion).

But my favorite feature is the DualSense wireless controller’s advanced haptics, which allow you to feel your in-game cat purring when it sleeps as if you were holding it in your hands. Adorable. Both PS4 and PS5 versions also support the motion sensor function for camera aiming, in case using the stick isn’t your thing.

Bottom line: if you love cats like I do, I’m sure you’ll love Remeowstered. It’s a relaxing game about just being a cat, and everybody wants to be a cat. Oh, and if you purchase the PS4 version, you get the PS5 version for free (and vice versa). Please check it out when it launches on September 15th! Here’s a photo of my cats, Wil & Lyn (who are playable in the game), and thanks for reading 😺 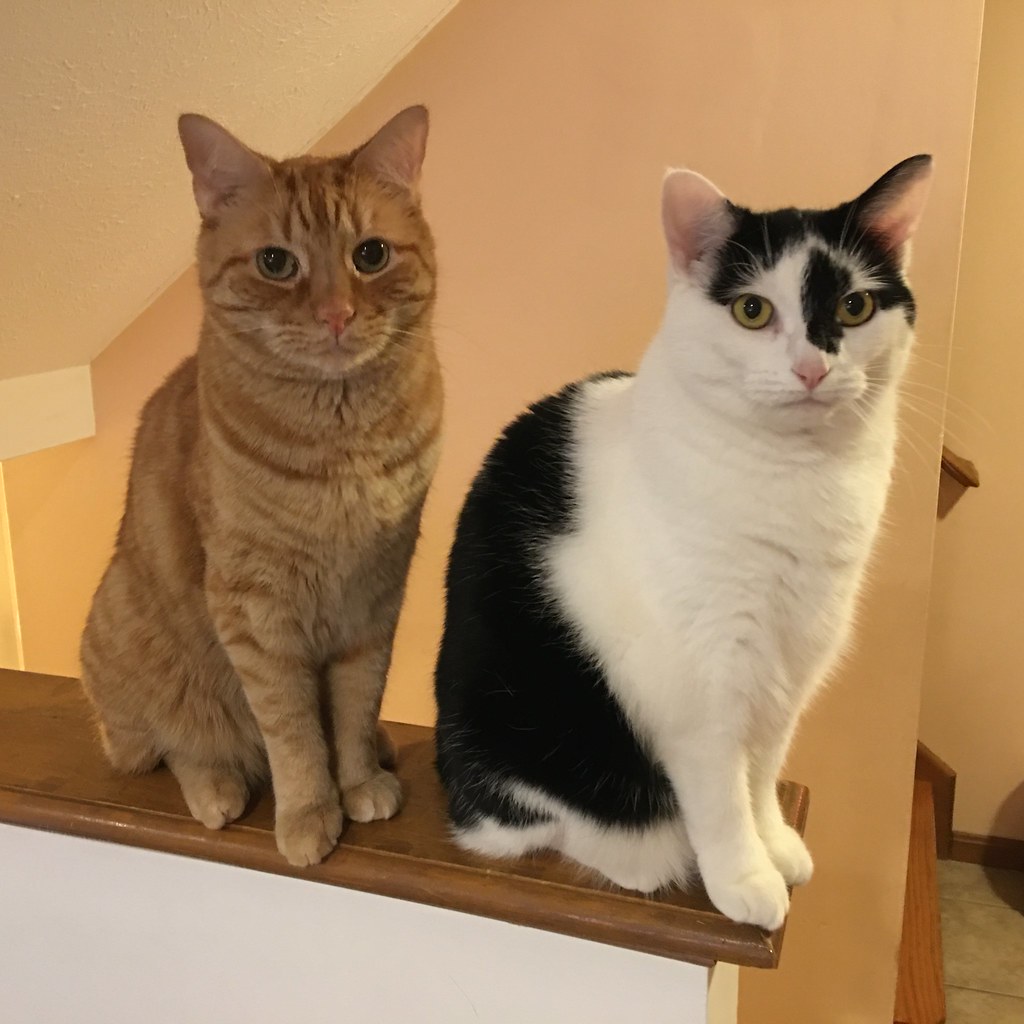