Behind the creative boss design of RPG brawler Young Souls

The co-op beat ’em-up adventure is coming to PlayStation 4 this fall.

Bonjour, I’m Jérôme from 1P2P Studio, an indie studio based in the north of France. Today, I’m happy to announce that our first game, Young Souls, is coming to PS4 this fall! To celebrate, we put together this PS Blog post to give you some insights into the game and the bosses you’ll fight.

With Young Souls, our goal from day one was to make boss fights the core of the game experience. Once you’re all geared up, you’ll face goblin warriors, ninjas, giant spiders, and 30-foot trolls.

The gameplay was partly inspired by games straight out of the old-school, 2D beat ’em up genre and partly by our personal influences, which lean towards 3D beat ’em ups and more modern games. Probably the best example of the latter’s influence is the fast-paced gameplay we’ve infused into Young Souls; things definitely move quicker than the classic titles, which tend to be more deliberate in nature (but no less captivating!)

Over the course of the game, you’ll face a bunch of mid-bosses whose main role is to introduce a new enemy behaviour or a weapon/accessory that the player collects and gets to use once the mid-boss is defeated. Defeat Mohm, a spooky giant spider, and you’ll be able to fight with its mandibles that can spawn friendly poisonous spiders – the perfect weapon to deal with an enemy crowd. 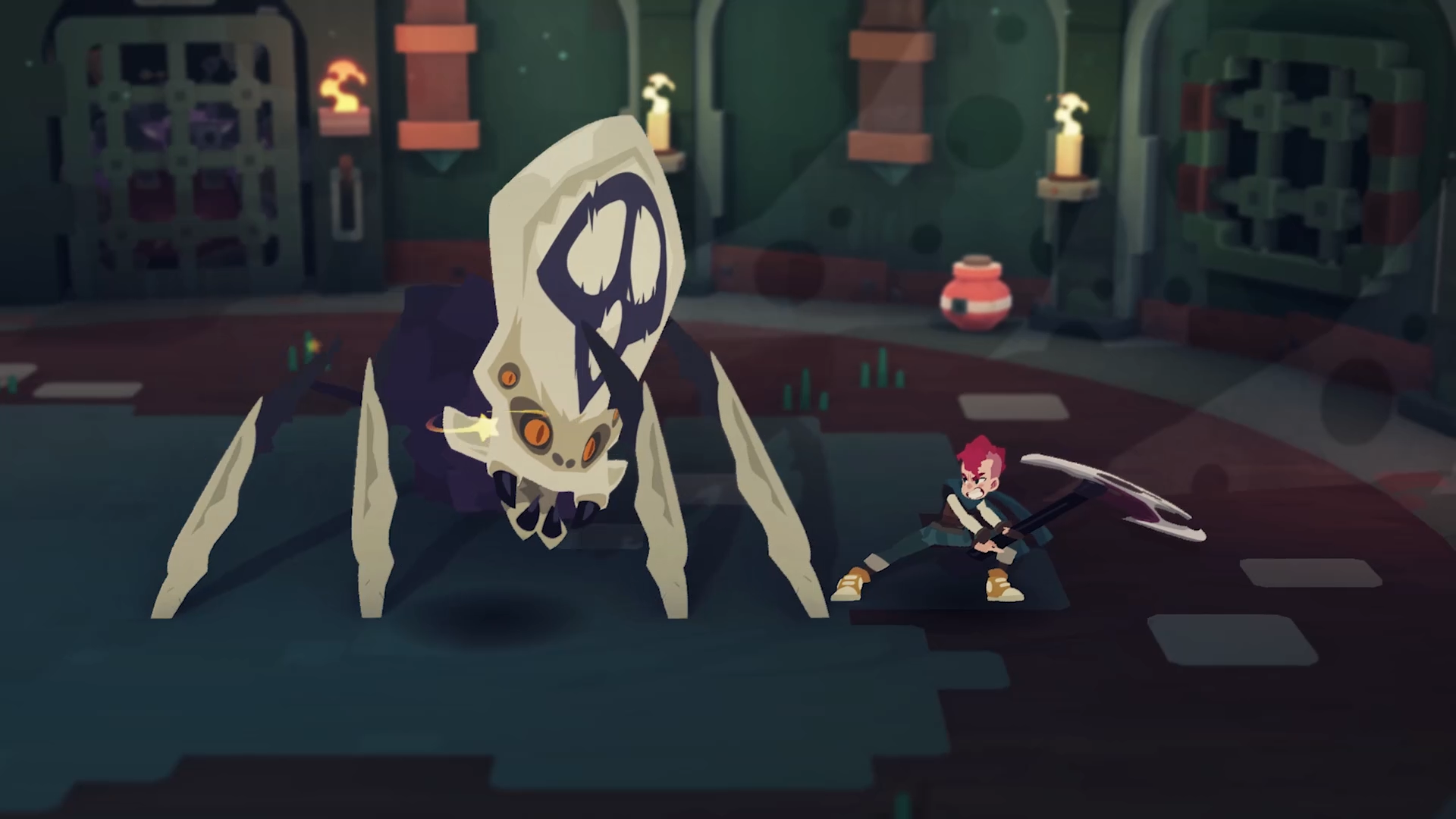 The main bosses are a key part of the story, and so these confrontations constitute recognizable peaks in both the story and the gameplay. Gameplay-wise, the main bosses represent true challenges to your progression through Young Souls, testing your mastery of the game’s combat system by unleashing a combination of different attacks that you’ll need to defend against and counter.

A balance between art-direction freedom and gameplay

For the art direction, we worked with Xavier Houssin, one of our favourite character designers in the business. He designed all of the characters in Young Souls, including (obviously) all of the bosses – with which we took two totally different approaches regarding design.

For the mid-bosses, the guidelines for Xavier were very game design focused, with the art direction being influenced by the gameplay. This meant that Xavier worked off of a very ‘functional’ description of each monster and an estimation of its size. A gigantic but slow mecha is the perfect way to introduce you to bombs or a stealthy assassin is a great enemy to learn how to parry and counter-attack.

However, for the main bosses this approach was reversed: Xavier worked off of the story guide and a ‘screenplay sheet’ we created. This ensured that the gameplay wouldn’t interfere with his ability to shape the characters to his own vision. For Kah-Kon, Xavier wanted him to have a massive Morgenstern for a weapon. Conveying the weight of such a massive weapon was tricky but given how important this boss is, we just had to pull this animation off! 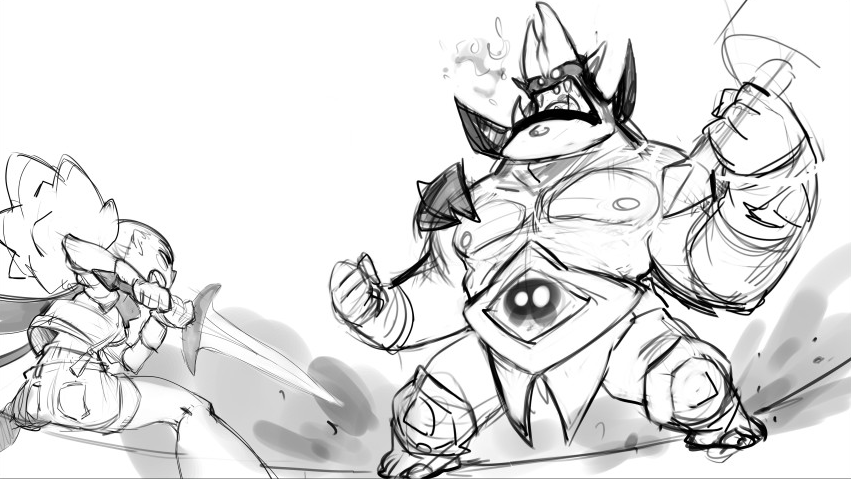 Designing the bosses in Young Souls was no small task, but in the end it was worth it because the game gives a lot of freedom to the player. You’ll discover all kinds of weapons and accessories, each with their own uses and effects: magma swords, gladiator shield, freezing blades, anti-poison armor, XP-boosting Sneakers or a grappling hook….we’ve got you covered.

Since the bosses have to defend themselves against a variety of attacks (especially when you can play the game in co-op with another player), we made a point of personalizing each boss with multiple behaviours. The destructive Fazmore can either attack you with lasers and fireballs so long range attacks are definitely advised… but if you’re playing it too safe, he’ll teleport right in front of you and give you a punch you’ll never forget.

Of course, we also made sure to give each boss its own weak spots as well as some resists to certain elementary attacks or accessories. Without giving too much away, let’s just say that once you get the hang of the game, you’ll discover some awesomely powerful combos that bring a huge advantage against certain types of enemies.

Understanding and learning the bosses’ behaviours

Throughout the development of Young Souls, our goal was to challenge players via a rapid evolution of the bosses’ skills during each encounter. To achieve this, we created a ‘life system’ for the bosses that allowed us to make each fight unique. Every time a ‘life’ is taken from a boss, its behaviour evolves. This gives you the opportunity to enjoy increasingly satisfying gameplay runs; every time you defeat a boss, a new milestone is reached and you become even more engaged in measuring your progression from one run to the next.

Thanks a lot for reading this PS Blog post! We’ll see you soon in the Young Souls boss arenas – very soon in fact, since the game will be available this fall on PlayStation 4.