A Memoir Blue is an atmospheric journey featuring a champion swimmer named Miriam who, on the day of her greatest achievement, begins to reflect on long forgotten memories.

The story of the game is based on a childhood journey I took with my mom. My recollection as a child was that we had taken a wonderful day trip to the neighboring seaside city, but when I became older I realized my mother had taken me with her as she ran away from home.

Although the game was built around this personal story, it quickly expanded into a larger scale world that players could explore in greater detail. True events are still at the core of the game with some creative additions to help our players understand what Miriam is feeling as she progresses along her journey.

Some of the scenes depicted are taken directly from my memories as a six year old. One of the things I remember vividly was the train my mom and I took during the beginning of our trip. 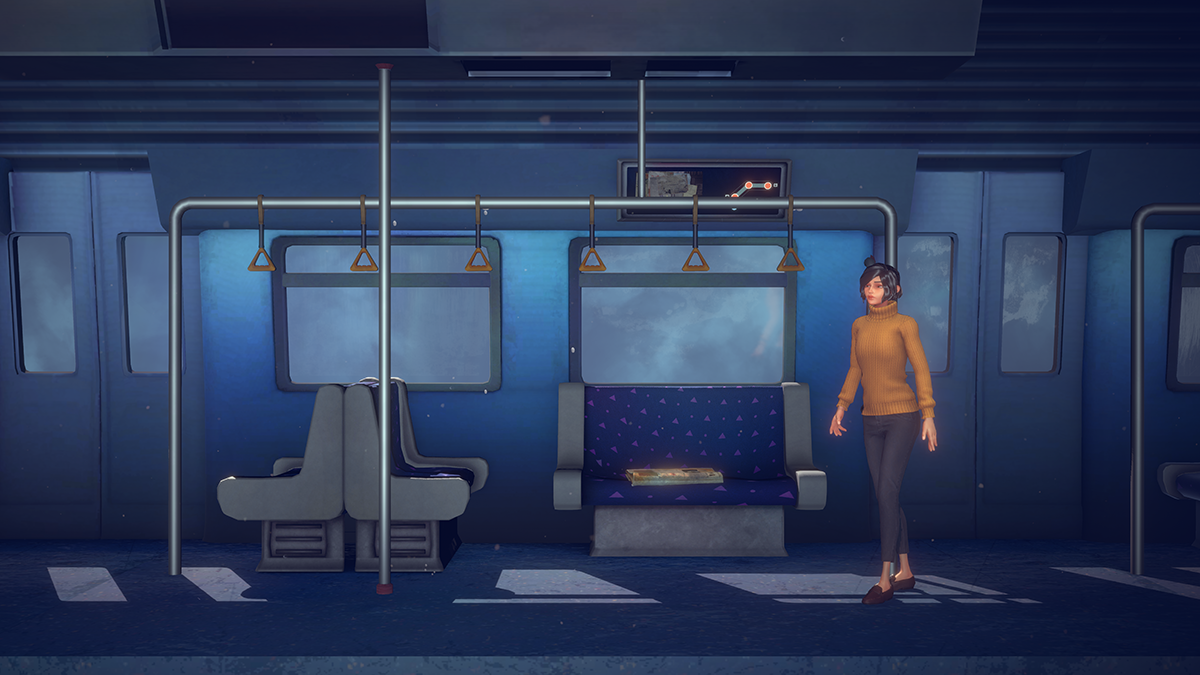 We also visited a scenic lake where my mom rented a boat for just the two of us to enjoy the views as the breeze swept through our hair.

Eventually, after our fateful day trip, we moved into a small apartment that was so small we could only fit a single reading chair in it. But as a child I had fond memories of that place and was happy to call it home.

Another interesting aspect of A Memoir Blue is that its narrative is told entirely without words. Unlike other popular narrative games, A Memoir Blue uses expressive character animations and songs as a standin for dialogue. We took great care crafting each movement and melody to communicate a visual story to players.

The song featured in our reveal trailer is an example of how we specifically use music to convey feelings the mother has for our main character.

The use of mixed media is another special trait we use to show the separation of time. 2D animations represent recollections from Miriam’s past while 3D represents the present as our main character reexamines past events. We created these traditional 2D animations through multiple passes, first sketching out a rough pass, then cleaning up the linework, and finally by assigning the colors. The end of the trailer features a breakdown of each of these steps.

A Memoir Blue is our studio’s first project. Our mission is not only to tell stories, but to share experiences that will also appeal to a player’s heart. I hope you enjoy sinking into Miriam’s uncovered past by letting go of the ordinary and immersing yourself into a world of deep blue.