Robot Entertainment reveals a new mode and trap for the fantastical tower-defense game, out on PS4 July 23.

Hello PlayStation fans – I’m Jerome K. Jones, design director at Robot Entertainment and I’m here to tell you a bit about what’s new in Orcs Must Die 3, a third-person tower defense game launching for PS4 (and PS5 via backwards compatibility) on July 23. In Orcs Must Die 3, you set up traps and use weapons to defend against enemies trying to breach the rifts. As you play you receive rewards and earn skulls to buy new traps, weapons, and trinkets as well as purchase upgrades to enhance your arsenal.

We’ve created a new game mode in Orcs Must Die! 3 that we call Scramble. In it, you try to beat five tiers of progressively harder scenarios using one rift point pool – meaning, if a bunch of Orcs make it into the rift in the first tier, you won’t have many more rift points to survive later on. At each tier, you choose which scenario you want to play from two choices, each of which comes with a debuff that is applied. This increases the challenge and provides interesting choices. After beating each tier, you choose a buff to aid yourself in future tiers. These buffs and debuffs stack across all tiers making the later tiers more challenging. If you lose all your rift points, you have to start a new run from scratch! 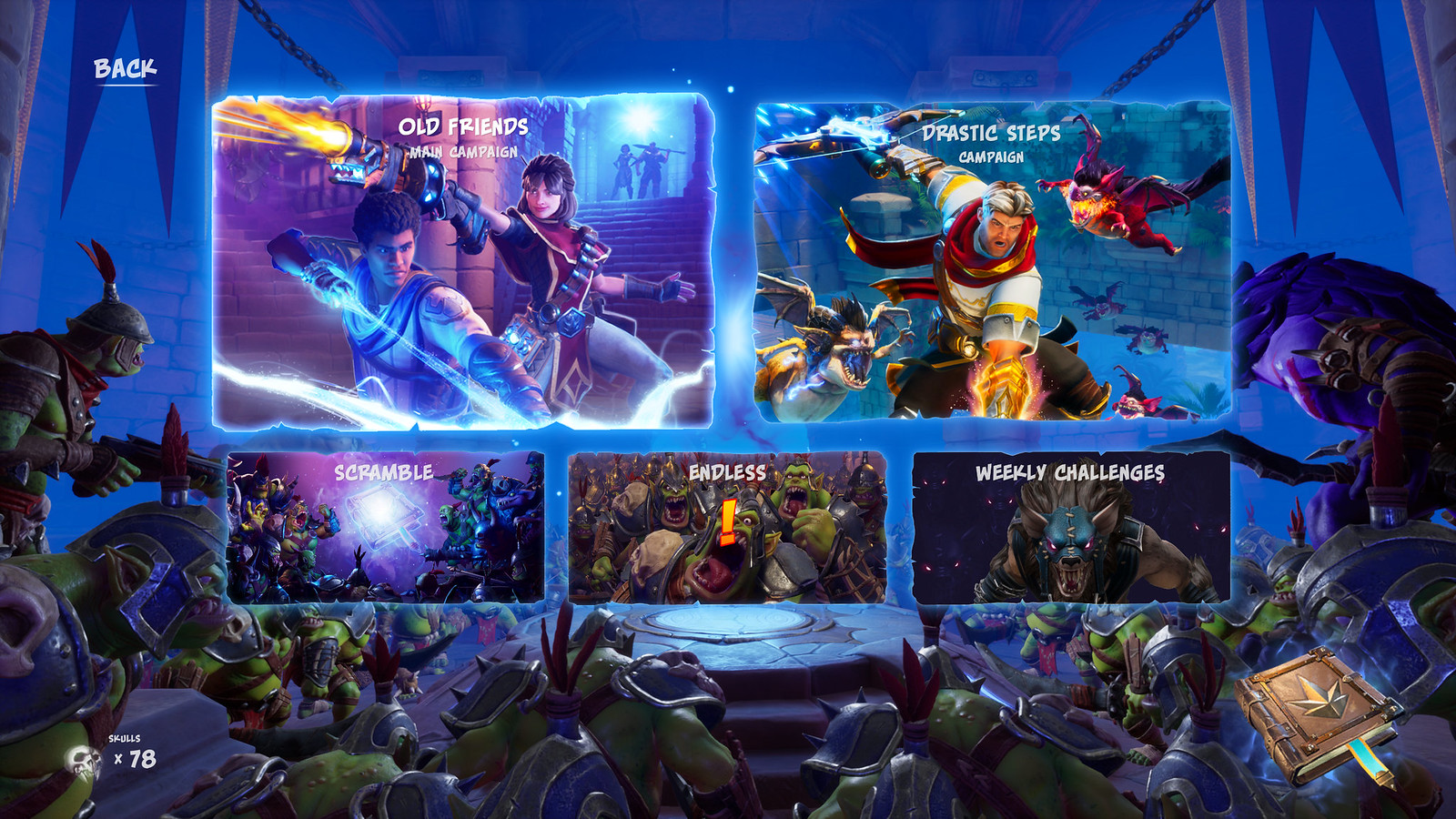 Coming up with game modes in the Orcs Must Die franchise has always been a focus of ours. Endless mode and Weekly Challenges have garnered strong audiences, but we believe that our newest mode may pose new and interesting challenges. With Scramble mode, we feel we have hit the mark for later game content.

I thought it might be interesting to show the list of goals we had for a new mode. This list was made before we ever started the design on paper. 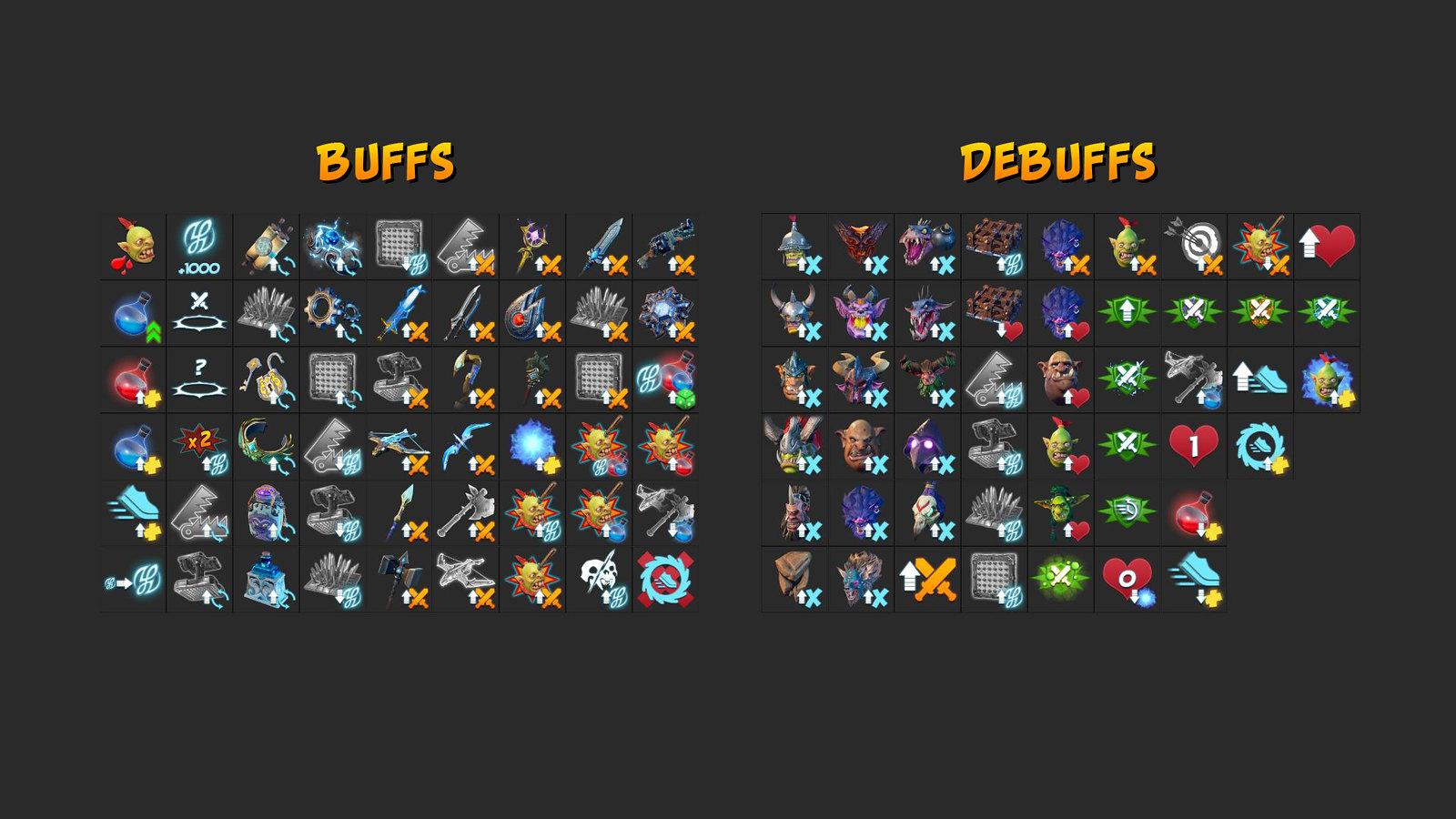 Given the list of goals, there were things from previous Orcs Must Die games that we wanted to keep and simplify because they had their own merits. One of those things we wanted to revisit was the stacking of buffs and debuffs as you played through the mode. The first thing you see when you enter Scramble mode is that choice between two scenarios, each with their specific debuffs. This becomes quite interesting depending on your playstyle, favorite loadout, comfort level with the scenario or whether you chase leaderboards. All these things can influence your decisions. Choices get more interesting as debuffs stack in later tiers. You can reroll one debuff per tier, however, rerolling a debuff can be tricky due to the fear that you may get something more threatening than you currently have.

But back to the good news. As you beat each tier, you get to choose one of three buffs that stack as you progress which can encourage “builds” as you try to beat all five tiers. The buffs are very strong and we’ve found that what we pick is often influenced by the choices that we made on previous tiers. For instance, choosing between “All wall traps do double damage” and “Double your hit points” may seem like a no brainer, but if debuffs from earlier tiers are “lose 10 rifts points on death” and “Gnoll assassins added to every wave” it may be smart to bolster HP. 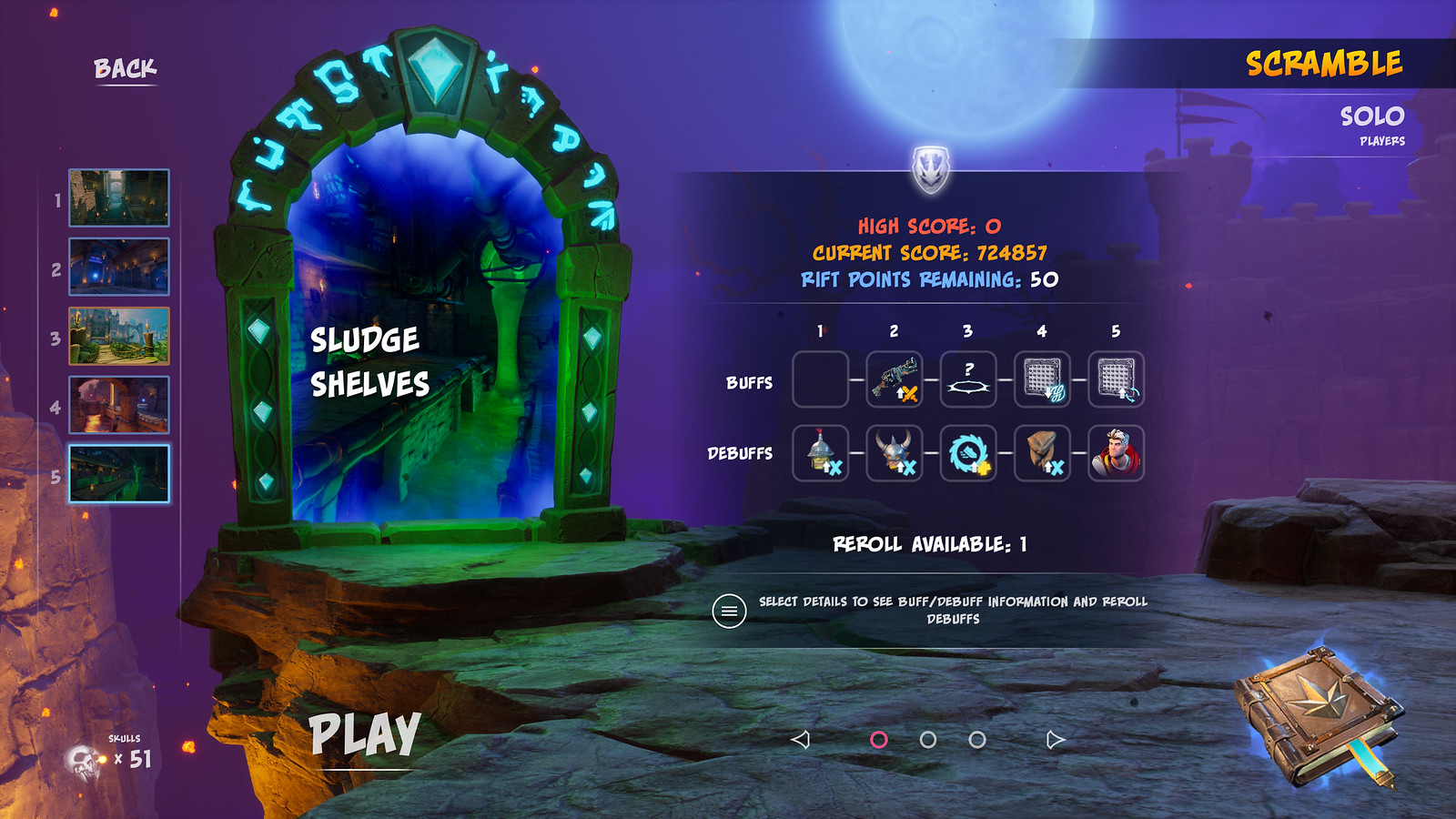 It is important to remember that you have 100 rift points across all five tiers and your score accumulates over your entire run. You can change your loadout at the beginning of each tier so you can take advantage of chosen buffs or mitigate debuffs that might hinder you based on your selections. Skulls are also granted upon completion of each tier, as well as some bonus skulls if you are able to beat all five tiers.

We are always thinking about the future of our games and their modes. For Scramble, there are ideas about allowing players to continuously turn up difficulty each time they conquer the mode or simply adding more tiers. We always welcome community feedback as we continuously improve our games. But with that… let’s move on to one of our newest trap additions.

It was obvious to our design department that Tar, Brimstone, and Floor Spikes were becoming the go-to floor traps taken as we played and watched others play the game. In order to make floor trap choices more interesting we designed the new Acid Geyser.

The Acid Geyser provides a new (acid) damage type that causes Orcs to die in totally new ways. The placement footprint of this trap is one trap space, but the area of effect is bigger than the footprint itself. The “melt” status effect applies to enemies hit by the acid, which increases physical damage taken while the status effect is on. This makes the Acid Geyser great for combos. The upgrades include reducing the trigger cool down as well as unique upgrades that increase how long the acid sprays or how long the melt status effect lasts. 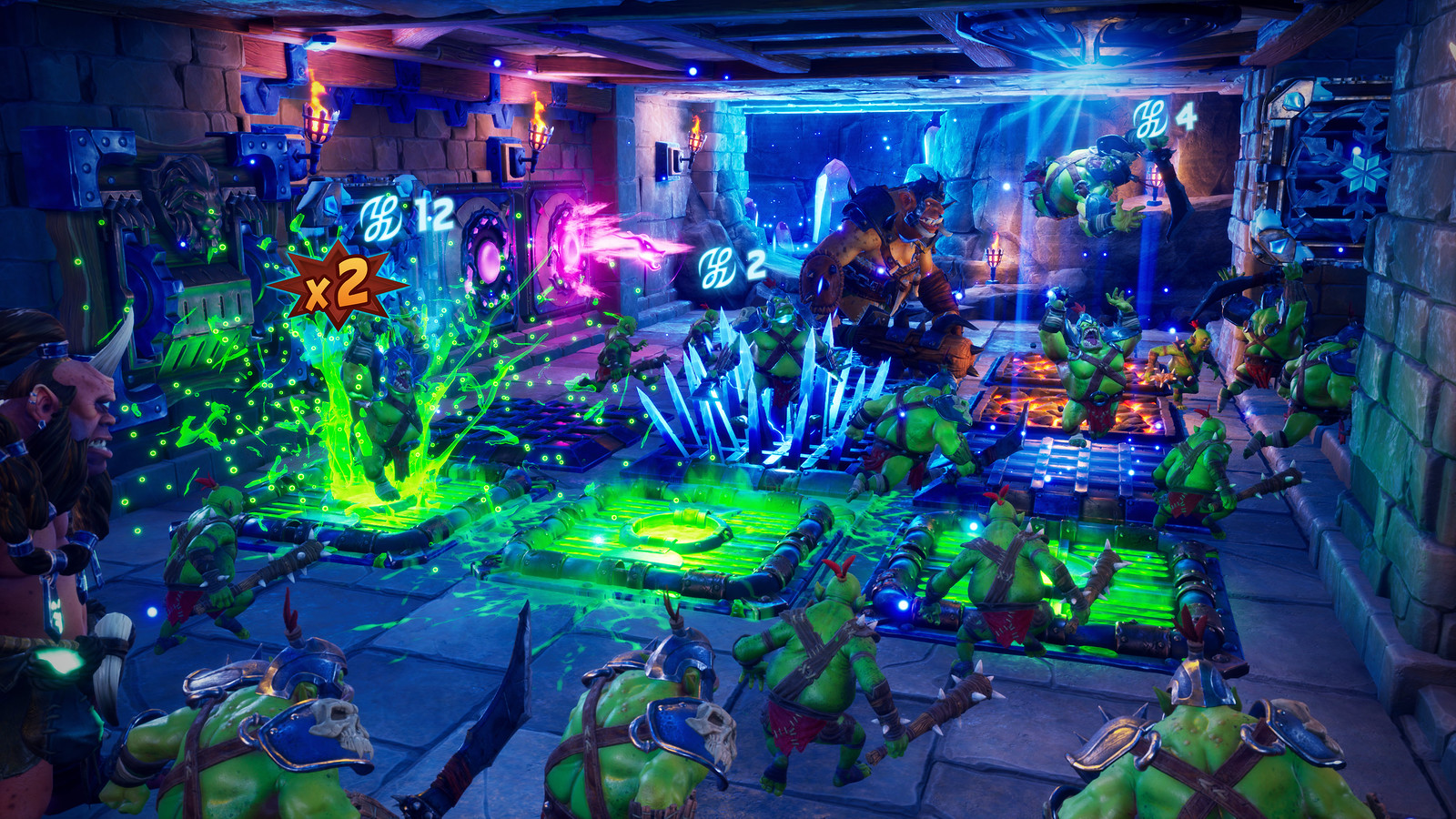 Given our loadout slot limit of 10, the Acid Geyser further diversifies choices when equipping your floor traps. But don’t let the loadout slot limit discourage you, there is no right way to kill an Orc, the only important thing is that Orcs Must Die! We hope to see you and your friends in-game on July 23.