New missions and rewards for the PS VR tactical shooter.

Since launching nearly three years ago, we have continued to offer our players new content in the form of seasonal operations. I am excited to announce that the seventh season of Firewall Zero Hour will be kicking off July 13, with Operation: Rubicon.

While there won’t be new maps or contractors featured this season, there are a wide variety of missions for you to complete & fantastic rewards for you to earn, so let’s take a look at some of the awesome content coming tomorrow with Operation: Rubicon. 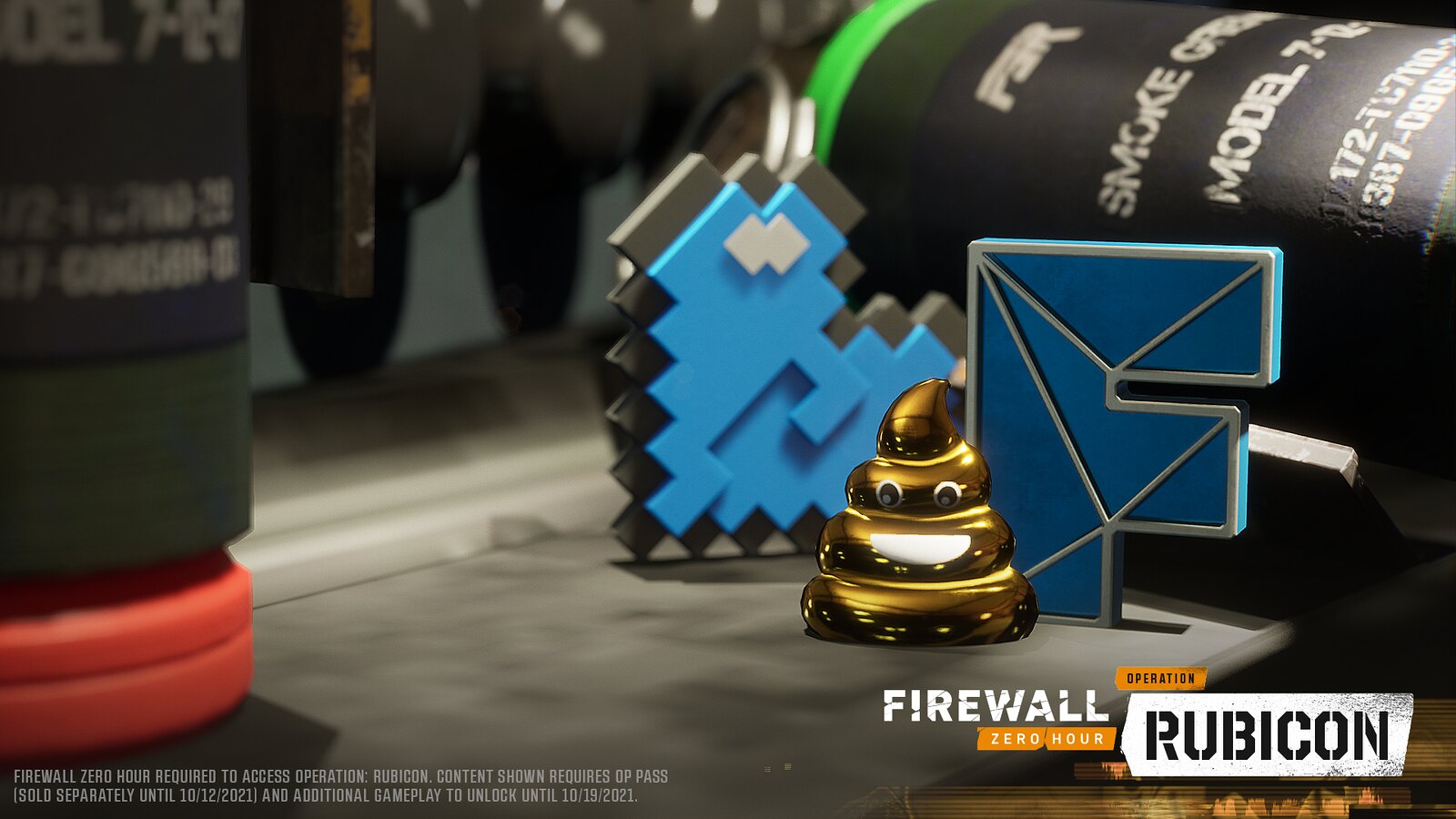 There are over 24 new cosmetic rewards available this season. Upon completion of Missions, a variety of different trinkets, face paints, and camo skins can be equipped by players. We have added in a new blue smoke grenade variant which you’ll be able to earn through missions as well. In addition to Free Mission Rewards, Rubicon Op Pass*** holders have access to Premium and Bonus Mission Rewards. 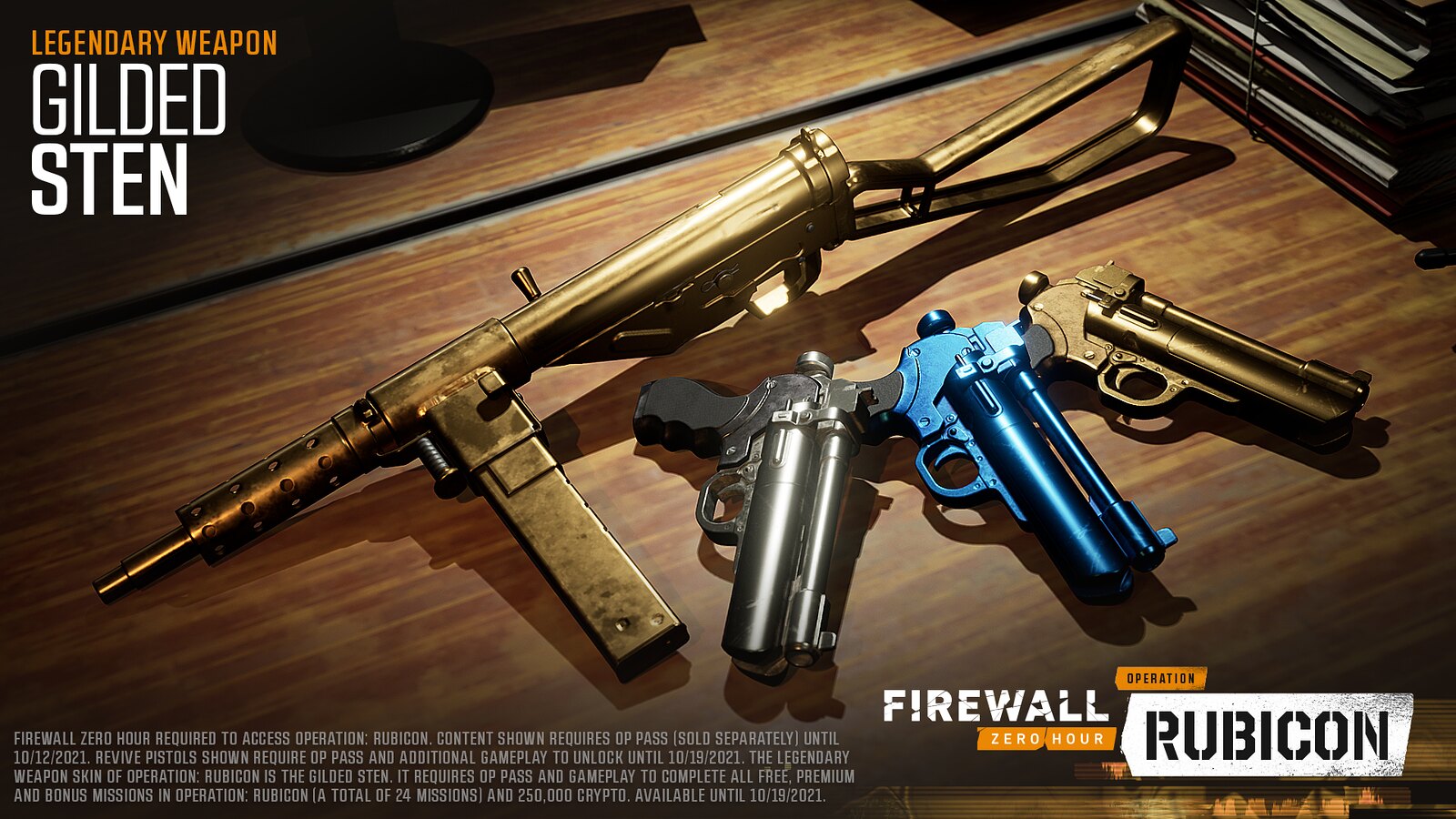 The Legendary Weapon Skin of Operation: Rubicon is the Gilded Sten — available to Rubicon Op Pass holders who complete all Free, Premium and Bonus Missions in Operation: Rubicon (a total of 24 Missions) and redeemed for 250,000 Crypto.

The Rubicon Op Pass*** allows players access to 16 additional Mission cosmetic Rewards, plus the ability to unlock the Legendary Weapon Skin, the Gilded Sten after completion of all 24 Missions this season. Hack Keys can be used to instantly complete any Operational Mission and receive its cosmetic Reward — a great option for players who don’t have as much time to play as they would like. If you have any Hack Keys left over from last season (Operation: CloudStrike), you can use them on Missions this season (Operation: Rubicon). 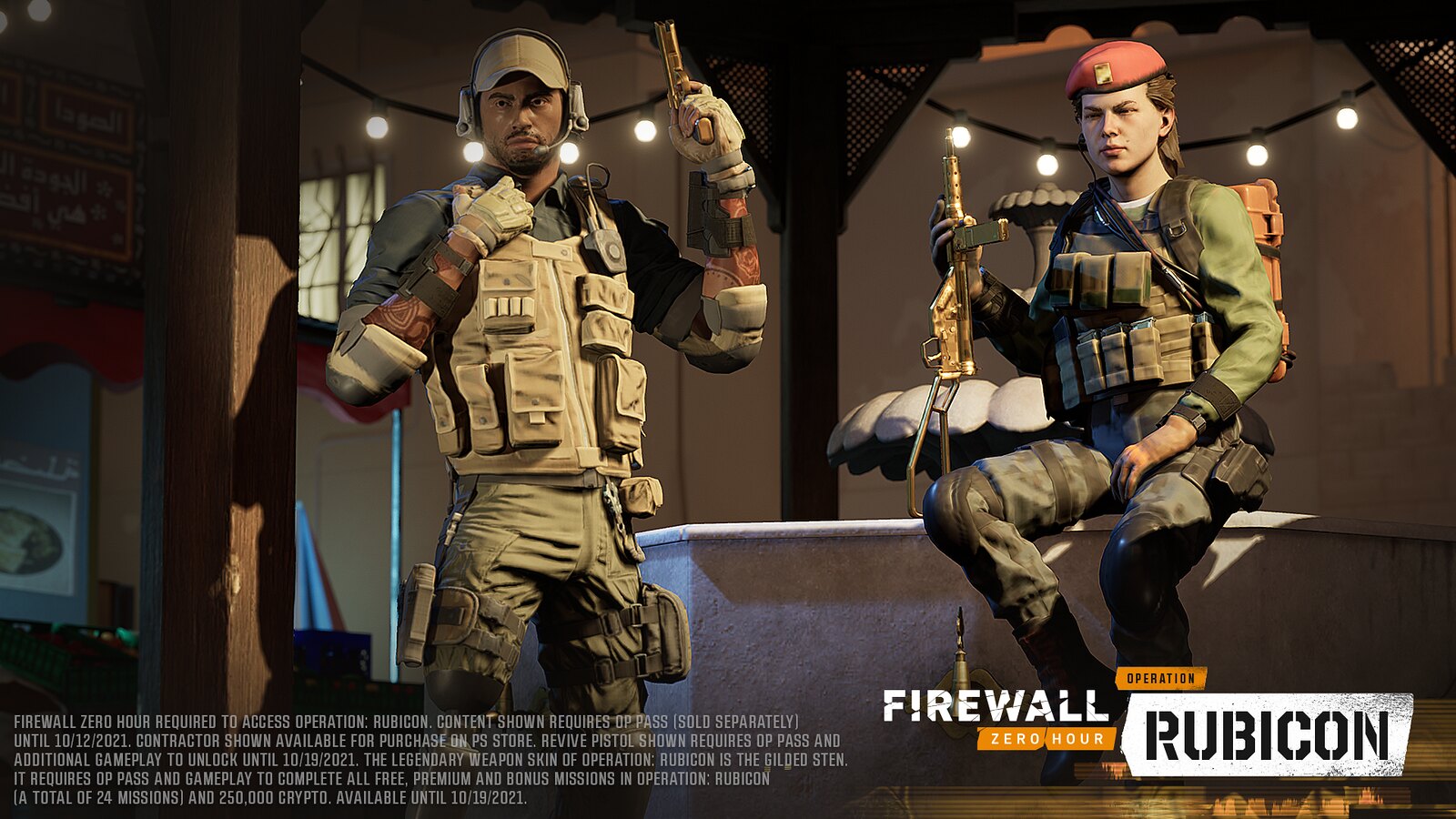 It’s been a dream come true to see the Firewall Zero Hour community continue to grow around the world after nearly three years since launch! A huge thank you to everyone for sticking with us over the years. We appreciate every bit of support!

Let’s squad up and I’ll see you online, Contractors.