How Ska Studios balanced iteration and innovation in the side-scrolling co-op sequel.

Today I’m excited to announce that Salt and Sacrifice launches on PlayStation 4 and PlayStation 5 in 2022.

I started working on the original Salt and Sanctuary nine years ago, and looking back, it still holds a lot of mystery to me. Development began after I’d already shipped a few games with what I’d humbly claim had adequate combat and gameplay. Like so many other indie devs, I’d recently become obsessed with the Dark Souls formula: its numerous seemingly inscrutable systems, its beautifully dark and imaginative world, and its tense moments where razor thin margins for error emerged elegantly.

I’d built some pretty competent combat systems in The Dishwasher series (which is now unbelievably two console generations old), so the idea of using that as a foundation for exploring an indie soulslike made sense. From there, it was a lot of world pieces, monsters, weapons, and more: all hand-drawn, hand-animated, scripted, and placed; a gradual journey to see if the bones of 2D brawling could animate the flesh of this dark fantasy RPG. 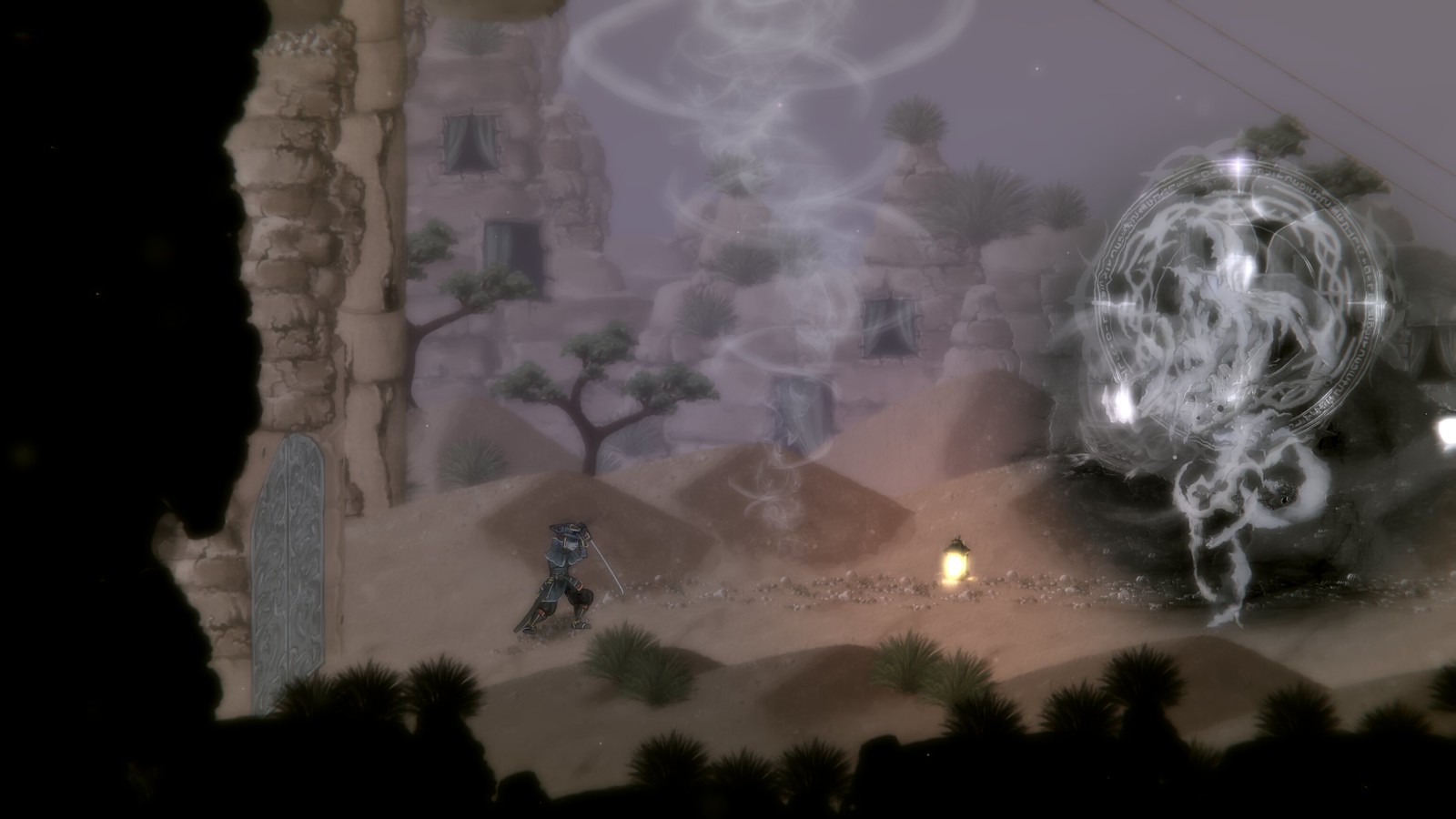 In hindsight, I’m certainly a little in the dark about what worked best for Salt and Sanctuary, not that there is a single right answer. For some, the lore stood out. For others, it was the elaborate skill tree. The fighter DNA resonated with some people. But to so very many people, the lack of online co-op was the most egregious omission, which brings me to Salt and Sacrifice.

Salt and Sacrifice expands on the world of Salt and Sanctuary by exploring a new era and region, as well as a new role: a Marked Inquisitor. A Marked Inquisitor is a criminal condemned, yet spared the hand of justice in exchange for a lifetime of service in the unending war against Mages: twisted, irredeemable creatures of elemental malice. Mages roam the world, summoning minions and wreaking havoc. Hunting a Mage is a multistage pursuit in which your quarry is just as likely to clash with rival Mages as it is with you.

For those of you who have played Salt and Sanctuary, imagine pursuing The Queen of Smiles through the village: she summons two rotten crossbowmen, retreats, stumbles right into The Sodden Knight, scraps it out with him for a bit, retreats again, summons a bronze knight and launches a salvo of swords at you before retreating to her lair, where — cornered, desperate, fierce — she awaits you, for a final battle from which there is no escape. It’s a chaotic dance of blades and bolts, swords and spells. 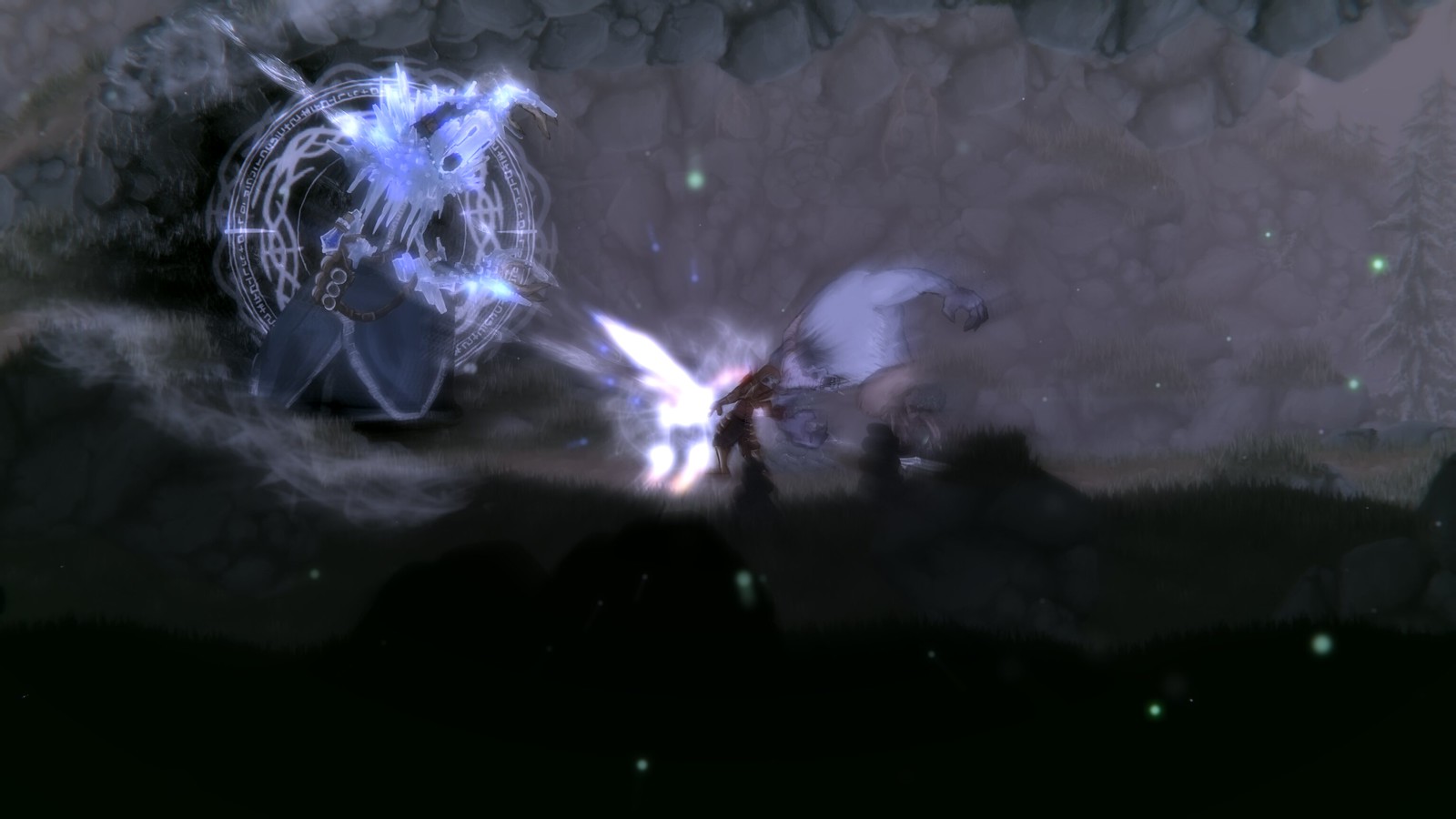 And while questions of which systems and themes will and won’t make the cut remain, one thing is certain: Salt and Sacrifice will absolutely have online multiplayer.

I had been sending screenshots of a new game I had started in 2019 to my friend Shane Lynch, a fellow coder who’d played unwitting victim in a number of my D&D campaigns through the years. “You should add online multiplayer,” he said. “I’ll do it,” he joked (or so I thought). He has a really strong background in network programming. I do not.

It probably took me longer to warm up to the idea of programming cooperatively (and learning git) than it did for Shane to implement bare bones netcode. Within about a week he had something working. It was glitchy at first, but there’s something magical about that virtual first contact. After spending months creating a brand new world, it’s a bizarre delight to see someone else just sort of hanging out in it. 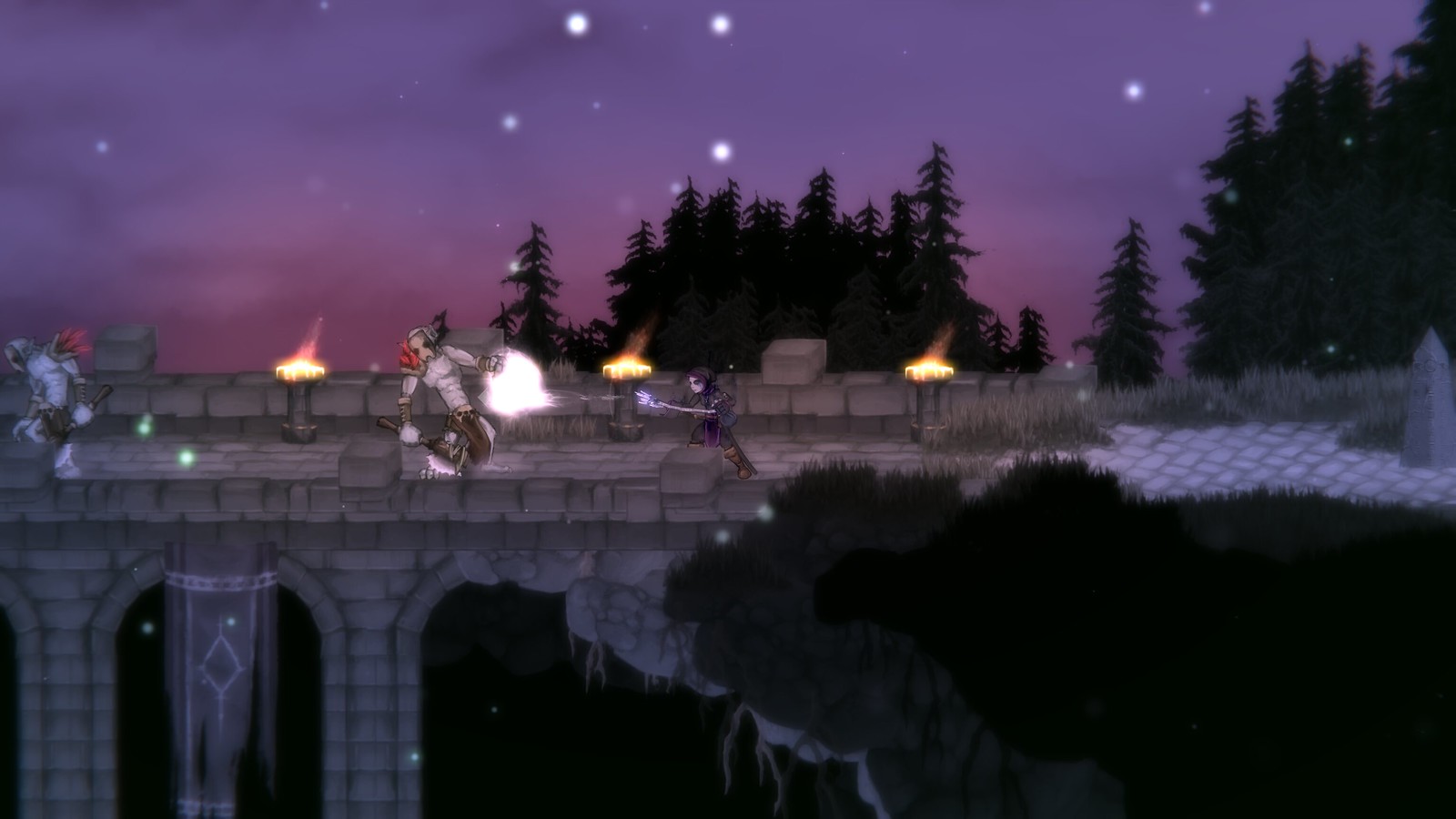 Salt and Sanctuary had co-op that was intentionally obscured and as rudimentary as it comes: local only, same-screen. It was rough, but it was still adored. Because Shane and I are building Salt and Sacrifice from the ground up as a multiplayer game, co-op is much more intentional than it was in Sanctuary. There is a “full” co-op mode, playable online and locally, in which you and an ally can progress through the entire campaign together. Unlike Sanctuary, which only awarded progress to the main player, Salt and Sacrifice allows both players to share progress.

Drawing inspiration from the Souls series, we also implemented summoning mechanics. It’s easy, seamless, and fast to summon a random ally, or join a random host and together embark on a perilous expedition. Sacrifice emphasizes exploration as much as it does Mage hunts, so you may get summoned to help a player explore a new area, or you may get summoned for the sole purpose of barreling straight into a tough boss battle. As Sacrifice takes shape, witnessing the impact of multiplayer on a world that is still rapidly growing in density and complexity has been a uniquely cool experience. 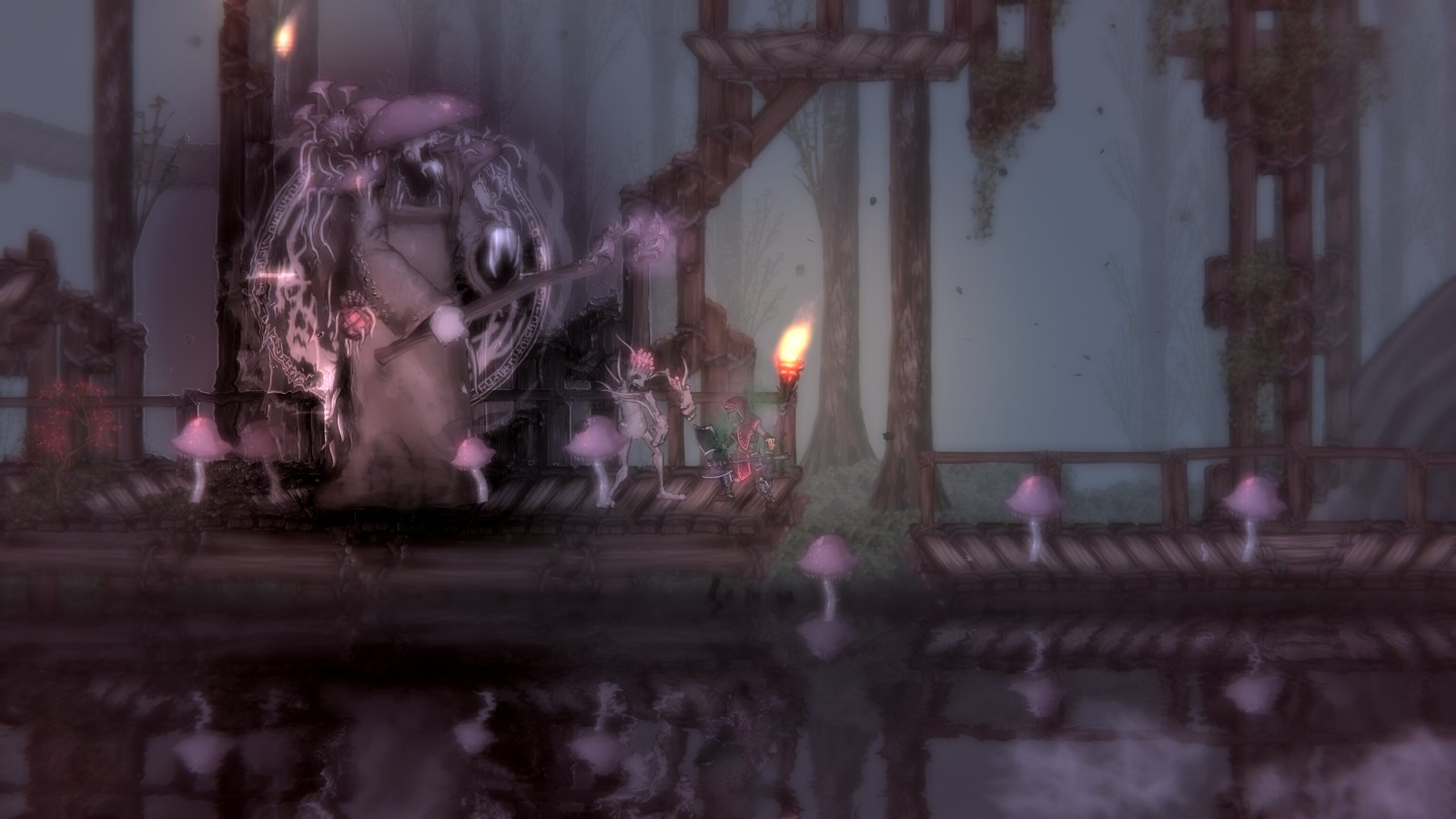 We still have quite a ways to go, but this has already been one of the most exciting developments in my now strangely long career. I can’t wait to talk about the Mage designs, the various multiplayer factions, and the world of Salt and Sacrifice, but for now it’s simply such a thrill to introduce the game! Stay tuned for more info on the road to its launch next year on PS4 and PS5.