From Synergy to Fort Condor, this guide will prep you for FF7R Episode Intermission when it launches June 10.

You can choose to start with the original tale of Cloud and company or jump directly into the brand-new adventure with Yuffie. It’s entirely up to you. If you are planning to dive straight into FF7R Episode Intermission, we’ve put together seven (or should that be VII) tips and tricks to help you prep your strategy while you wait!

1. Use Yuffie’s Shuriken to collect items

Yuffie’s throwing arm is a force to be reckoned with. She can fling her oversized shuriken long range – not just in battle, but in town too.

Look around as often as you can to spot boxes that might contain items; you never know what might be hiding in plain sight.

2. Equip the right materia for success

Yuffie has her own Elemental Ninjutsu, giving her the ability to change her attack’s affinity to fire, ice, lightning, or wind. This means she doesn’t need to rely on elemental materia like Cloud and his friends.

Instead, focus on equipping her with stat-boosting materia and ability materia that expands her options in combat. We’re partial to Steal ourselves.

3. Know when to synergize

Pressing L2 will engage Synergy between Yuffie and Sonon. This allows them to team up for special attacks and more easily stagger enemies. Plus, it looks awesome.

If that sounds too good to be true… well, you’re right. Using Synergy will slow your ATB gauge regeneration to a crawl. So, be sure to maximize your time in and out of Synergy.

Yuffie’s ninjutsu is incredibly strong, but she’s not invincible. A tough enemy or group of enemies can easily overwhelm her if she’s not careful.

It’s a good thing then that she’s not alone. Sonon trained under Yuffie’s father in Wutai, and not only is he a skilled warrior, he’s pretty buff, too. So, use him to take the brunt of the enemies’ ire wherever you can.

Stay on your toes though – it’s not so effective when used on powerful enemies.

Also, the board you pick determines the number of ATB charges and materia available to you, so choose one that plays to your own strengths.

Aside from the main story, there are side quests to complete that will give you neat stuff!

For example, if you’re really into the Fort Condor minigame, doing the Happy Turtle series of quests will get you some really great Fort Condor boards and units (for a price, of course.)

Fort Condor is back as a tactical board game and its quest line brings some neat surprises!

So, battle everyone you can! 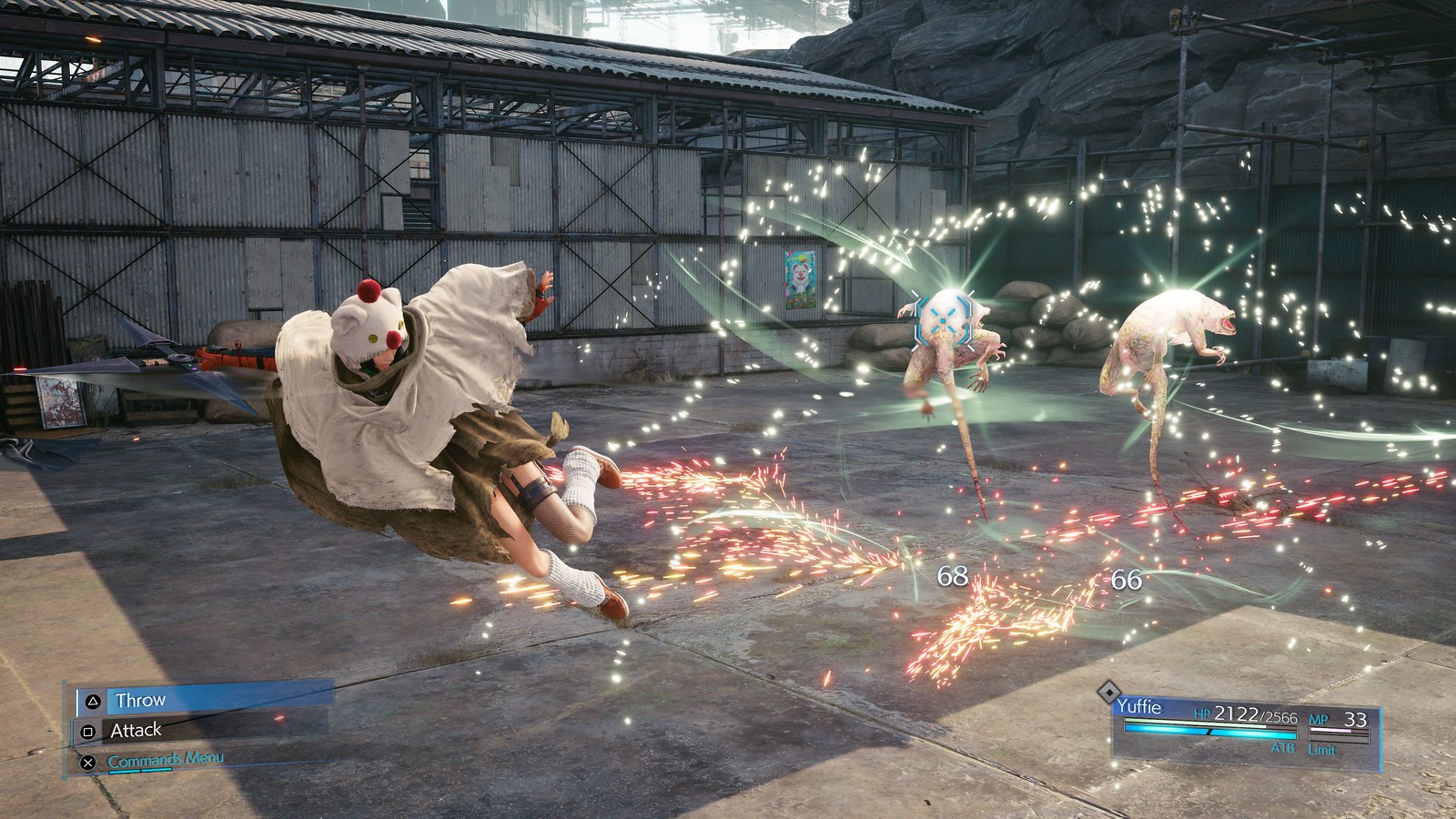 Thanks for reading. I hope these tips prove helpful when you jump back into Midgar on June 10.